Between Us: How Cultures Create Emotions 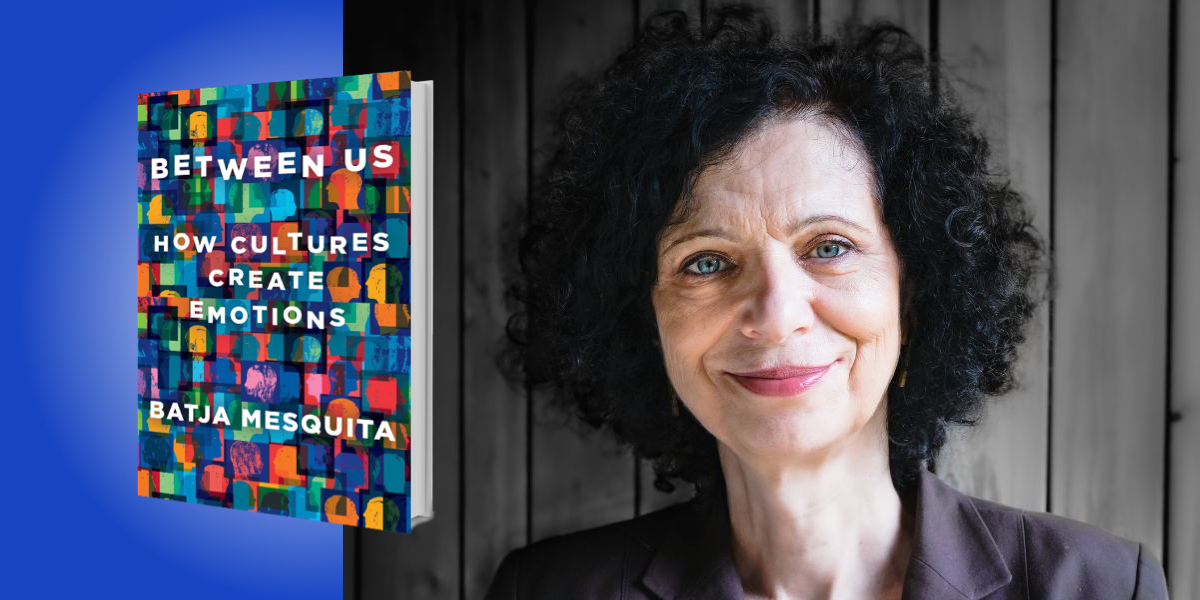 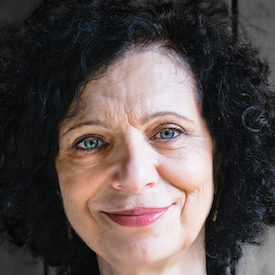 Batja Mesquita is a cultural psychologist who studies emotions. She is a Distinguished Professor of Psychology at the University of Leuven, Belgium.

Below, Batja shares 5 key insights from her new book, Between Us: How Cultures Create Emotions. Listen to the audio version—read by Batja herself—in the Next Big Idea App.

1. Your emotions are not my emotions.

Emotions differ across cultures. When I first moved from the Netherlands to the United States, I was prepared to learn a new language and make new friends, but I did not realize that I had to relearn my emotions.

When I arrived in the U.S., I felt emotionally out of sync. My new colleagues were gracious, happy, outgoing, almost always positive and optimistic. They thanked and complimented each other frequently, and effortlessly seemed to revel in each other’s gratitude and praise. I had a hard time understanding these emotions. What did people mean when they said “fabulous job”? This was certainly not the way I was used to talking in the Netherlands. And when friends thanked me after a dinner party, I was sure that we had failed to make a connection because, in the Netherlands, when you are intimate you do not thank each other.

Things were not easy because I was unable to reciprocate in appropriate ways. It did not come naturally to me to be sociable and appreciative, or to offer compliments. I was not happy or grateful enough. When someone complimented me, I would be embarrassed. Instead of reveling in their praise, I would mumble that what I did was not really “that great” and stare at the floor.

At first, these emotional differences seemed random, but over time they gained meaning. In America, you praise and acknowledge each other whenever you can, because it is important that everyone feel special and unique. This could not be more different from the Dutch context, where nobody should stand out and the emphasis is on being connected. Being singled out—as in praise or a thank-you—is often uncomfortable in the Netherlands.

2. Having different emotions has real consequences.

Emotions of immigrants and cultural minorities are often not in sync with the normative emotions in the majority culture. Take the example of Ahmed, a second-generation Turkish immigrant to Belgium who worked as a sales representative. He had outperformed his colleagues, and yet his boss—a majority Belgian—passed him over for promotion. Ahmed felt humiliated and threatened his boss, because in his culture of origin this was the only way to regain the respect he thought he had lost. Unfortunately, instead of improving his situation, the threats gave his boss the impression that Ahmed had lost control.

“Emotions are a key process of social inclusion, success, and even health.”

In regard to health, emotions play a role in patients’ trust in their doctors. White American patients trusted excited, happy doctors more and better adhered to these doctors’ prescriptions. Meanwhile, Asian-American patients had more confidence in, and adhered better to the prescriptions of, calm doctors. Cultural differences in emotions have so many real consequences because our emotions are an intrinsic part of our relationships.

3. Emotions are between us.

You may think of your emotions as inside of you, but emotions are between us.

Imagine it is a beautiful day, and your family has spent the afternoon at the beach. When it is time to go home, your toddler Jane throws a temper tantrum. You could say, “I am sorry, sweetie. You don’t want to go home yet? Let’s play for five more minutes, but then we really need to go.” As a parent, you have helped shape your toddler’s anger. You have given her license to be angry when she does not like something.

Alternatively, you could respond to her temper tantrum with a stern “Hey!” and threaten her with a time-out. You have shaped Jane’s anger in another way. You have made sure that Jane knows her place, and her anger will probably fade.

Or, you could shame Jane. You could tell her she should be grateful that she got to go to the beach in the first place and make her wonder what all the other people at the beach might think of her family as she is raging. If not in the moment, over time Jane may come to learn that shame or embarrassment is the appropriate response when you insist on your own way.

“In each cultural group, parents shape their children’s emotions to fit the culture’s normative relationships.”

As I described these scenarios, certain parents may have come to mind who fit the bill—who are participating (often inadvertently) in shaping their children’s emotions. The typical ways parents in different cultures or groups respond to their angry children differs. Middle-class American parents want children who express their preferences and influence their worlds, so they take their child’s anger seriously. Working-class single mothers in urban U.S. contexts encourage their children to be angry when taken advantage of by peers (believing their children should not be weak) but they don’t tolerate anger directed at themselves (which they see as a sign of their children being spoiled). They want their children to be strong enough to defend themselves, but responsive to the demands of the world. Then Taiwanese parents are concerned about losing face to the outside world, so they shame their angry children.

In each cultural group, parents shape their children’s emotions to fit the culture’s normative relationships. Is one of these emotions better than another? Not in any absolute sense. Good parents try to cultivate the emotions they deem right in their culture.

When children learn emotions, they learn the episodes that come with an emotion in their culture. Their parents are the first to apply the labels for them, and parents do not know what the emotion feels like for the child. All they have access to is what is going on between the child and everyone around them. So, parents apply a label like anger to an unfolding episode.

What is more, with every new experience that children encounter of a particular emotion, their concept of, for instance, anger gets an update. In the end, anger will be filled with experiences a child samples during their life. This means that anger, even within a culture or an individual, is not homogenous. It does not refer to a single state. Anger consists of many different episodes: “angry” when your mom compromised, and you got to stay at the beach a bit longer; “angry” when your friend took your toy and you pushed him to get it back. “Angry” becomes the container of the many episodes that, in your culture, count as anger.

Words allow us to communicate about the reality shared by others in our community or culture, but they may be less obvious tools for communicating across different social groups. In part, because the episodes that give words their meaning are different across cultures. In our own research, we interviewed American and Japanese participants about instances of anger and the corresponding word ikari.

“Words allow us to communicate about the reality shared by others in our community or culture, but they may be less obvious tools for communicating across different social groups.”

Take Chiemi, a Japanese college student who told us she was ikari that her grandparents suggested she was never home, when in reality she had only one evening commitment. But she never let on to her grandparents that she felt ikari. Instead, she tried to understand them: “they must be worrying; they care about me.” Where Japanese respondents often tried to understand their target of ikari and accommodated, American respondents elaborated on how unjust this person was and opposed them. The episodes making up the Japanese ikari and the English anger are very different, even if these words are both associated with being frustrated by someone else.

We cannot assume that we understand each other’s emotions. So, I developed a toolbox for navigating emotions across boundaries—whether these boundaries are defined by culture, ethnicity, gender, or politics. It consists of asking three questions about aspects of emotions that tie them to their cultural contexts.

1:“What is at stake?” When Ahmed threatened his boss, his honor was at stake. In honor cultures, public damage to one’s honor cannot be ignored, because others would conclude that you are weak. In contrast, Ahmed’s colleague Peter (from a different cultural background) was passed over for a job under similar circumstances but felt rejected rather than dishonored. Same situation, different stakes.

3: “What comes next?” Taiwanese parents approved of their children’s shame. So, in the Taiwanese context, a child’s shame is followed by social inclusion; in American contexts, it is often associated with social exclusion. What comes next in the relationship is very different.

Emotional understanding in intercultural interactions is no given, because the answers to these questions vary dramatically. It requires more than having empathy or projecting your own perspective. Rather than asking yourself, “What would be at stake for me, would it be good or bad for me to feel this way, or what would be next for me?”, you will have to pay attention to the turns that emotions in different cultures may take.

To find out, assume that you don’t know. Be humble, don’t judge, be patient, and keep asking questions. The ability to master the turns that emotions take in different cultures is what leads to satisfying intercultural interactions. The process is slow and not easy, but we can do it together—because emotions are made between us.

To listen to the audio version read by author Batja Mesquita, download the Next Big Idea App today: