Want to Get More Done? Stop Working So Hard 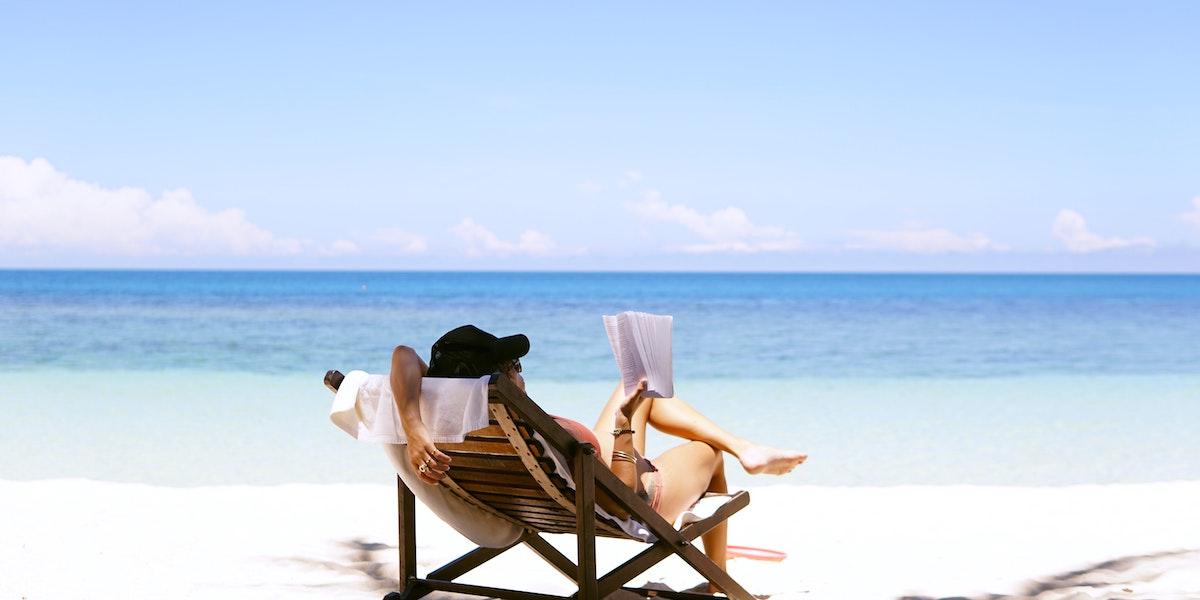 When I get on an airplane, I usually follow the same ritual.

I take my seat and open up my laptop to do some work. When it’s time for takeoff, I begrudgingly put the laptop away. I twiddle my thumbs until the plane reaches 10,000 feet and that comforting chime tells me that I can pull out my laptop and go back to being productive.

The impulse to follow this ritual was particularly strong on a recent flight back from St. Louis where I gave a keynote on moonshot thinking to the local YPO/EO chapter. My next book is due to my publisher on May 1st, and I felt like I should take advantage of the four-hour flight to write.

Yet an inner voice told me to do the opposite—to unplug myself for a while, keep the laptop in my backpack, and see what comes up in the silence. So I ordered some crappy airplane wine, cued up equally crappy 90s songs on Spotify, and stared out the window—for four hours straight.

As my mind and body relaxed, and as I stepped into the void with no intention to do anything, something strange happened.

“Your best work will come from undoing—from slowing down and giving yourself time and space.”

Ideas started to come. A new subtitle for my book. The solution to a problem about the book that had been bugging me for weeks. Ideas for future books and keynotes. The more I listened, the more insights arrived.

Those four hours spent staring out the window ended up being the most productive four hours I’ve had in recent memory.

The biggest lie we’ve been told is that productivity is all about doing.

But your best work will come from undoing—from slowing down and giving yourself time and space. The Japanese call this vacuum ma—an empty space that’s intentionally there. In Hebrew, the same concept is called selah. The word appears 74 times in the Hebrew Bible as a direction to stop reading, pause, and contemplate what just appeared in the text.

Ideas often don’t arrive with a bang. There’s no parade. The big thing never screams that it’s a big thing. At first glance, the big thing actually looks quite small. If there’s no void in your life—if your life is full of constant chatter—you won’t be able to hear the subtle whisper when it arrives.

If you slow down, you won’t get left behind. You’ll use less energy, you’ll go faster, and you’ll go deeper. The pedal-to-the metal mentality is the enemy of original thought. Creativity isn’t produced—it’s discovered. And it happens in moments of slack, not hard labor.

“Creativity isn’t produced—it’s discovered. And it happens in moments of slack, not hard labor.”

During those moments, it may appear like nothing is happening, but appearances mislead. As you stare out the window, your subconscious is hard at work, consolidating memories, making associations, and marrying the new with the old to create unexpected combinations.

The void can’t be reserved for your twice-a-year vacation in the sun. Shut down the noise, just for a little bit, throughout the day. Give yourself permission to lounge in bed after waking up. Put yourself in airplane mode. Sit and stare at the ceiling. Wander aimlessly through a park.

Sink into the rhythm of no rhythm.

Step into the void—where all things that never existed are created.

You’ll find that taking your foot off the pedal can be the best way to accelerate.