Want to Get Smarter? Try Thinking Outside of Your Brain 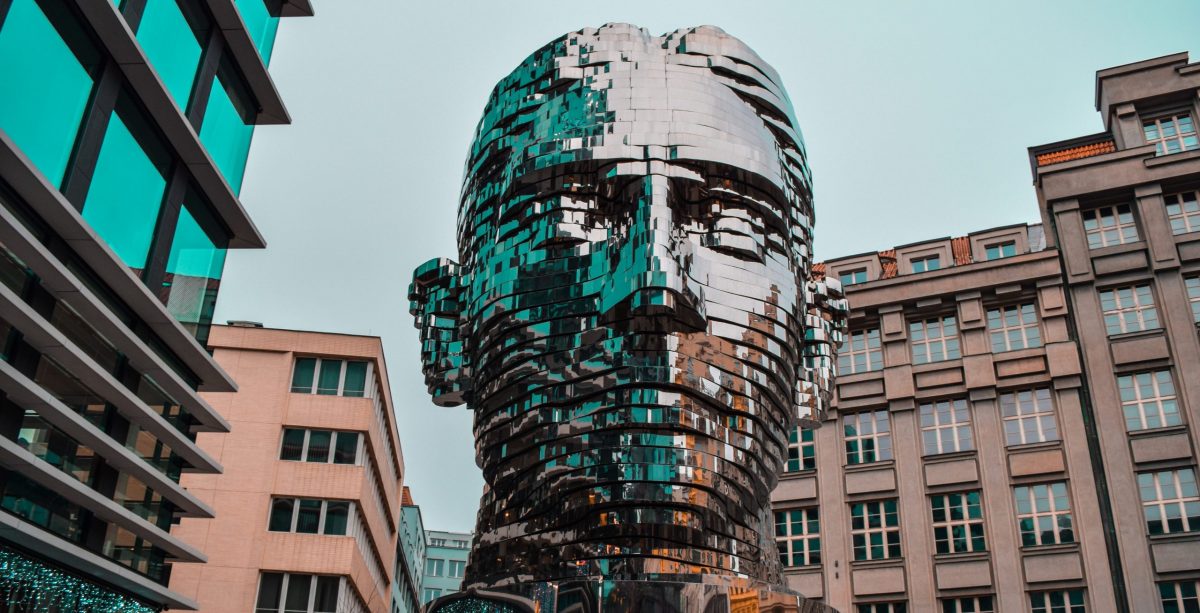 Modern life hasn’t been easy on our brains. Just consider the fact that after rising steadily throughout the last century, average IQ scores now  appear to be leveling off. The problem, according to neuroscientists, may be that we have reached our neurobiological limits. Our brains simply can’t work any harder.

Luckily, acclaimed science writer Annie Murphy Paul has a solution. In her bold new book, The Extended Mind: The Power of Thinking Outside the Brain, she draws on a wealth of scientific research to show that we’re smarter when we get out of our heads. By offloading our memories onto our phones, making decisions based on our bodily sensations, using tactile tools to solve abstract problems, drawing inspiration from our surroundings, and arguing with our friends, we can access intelligence that exists beyond the confines of our craniums. Listen to the full episode below to hear Annie explain how to get smarter via the extended mind, or read a selection of some of the most surprising insights below:

Your body generates emotions, not your brain.

Whenever you think that you’ve come across a new idea in psychology, it turns out that William James had it a hundred years ago. He was amazingly prescient. There’s all this incredible research being done by researchers now like Lisa Feldman Barrett, showing that James’s understanding of how emotion worked was, in fact, correct. We have this conventional idea that we experience something, we interpret it, we feel an emotion, and then we direct our bodies to act accordingly. But instead, the causal arrow points in the other direction. Our brain is actually lagging behind, saying, “Wait, what’s going on here? What should I be feeling? Because you know, I’m running, and my hands are sweating, and my heart is beating. I must be afraid. There must be a reason to feel fear.” That construction of emotion actually happens after the bodily reactions are already underway.

There’s research showing that people remember what you say—the points that you make—when they are accompanied by gestures. They remember those points better than points that are not accompanied by gesture. But gesture is equally as important—or maybe more important—for our own thinking. Our most advanced ideas, our newest ideas—the ones that we can’t quite put into words yet—they show up in our gestures, and then we use that kind of self-created information to inform our verbal account. So, we’re actually helping ourselves think when we move our hands. And that’s why it’s unfortunate that gesturing is often looked down upon in our society. It’s seen as gauche or uncouth when it is actually the pathway to speaking more fluently and eloquently.

The open office is the worst invention of the 20th century.

To focus for hours on these abstract symbols, which is what most of our work consists of these days, is not a natural thing for the brain to do. When we try to engage in that kind of activity, our focus is automatically drawn to other things. We evolved to be engaged by social interactions, by novelty, by moving shapes in our peripheral vision. And that’s why the open office is the worst invention of the 20th century.

As we’re returning to offices from the remote work that we had to do during the pandemic, I hope we have an opportunity to rethink the spaces in which we do our work. But I’m a little concerned about the directions that I see it taking. I hear a lot of friends saying that their workplaces are adopting a hoteling or a hot-desking kind of arrangement where people don’t have dedicated desks, let alone private offices—they just sort of grab whatever desk is available. That totally goes against what the research tells us about the importance of a sense of ownership, the importance of privacy, the importance of control. If we’re in a space that was somebody else’s yesterday and that will be somebody else’s tomorrow, I don’t know how much identification we can really feel with that space.

Your brain can’t poke flaws in its own arguments. That’s what other people are for.

We’re actually quite good at finding the flaws in other people’s arguments, but we can be very blind to the flaws in our own arguments. We should be using our faculty of reasoning in the context in which it originally was intended, which is a social context. Arguing and debating doesn’t always lead to better solutions, but it can if people come into it with the shared goal of getting as close as possible to the truth and practicing the method of making their own best argument while keeping their minds open to hearing a critique of that argument from other people. That is the strategy by which we can best make use of our evolved reasoning faculty.