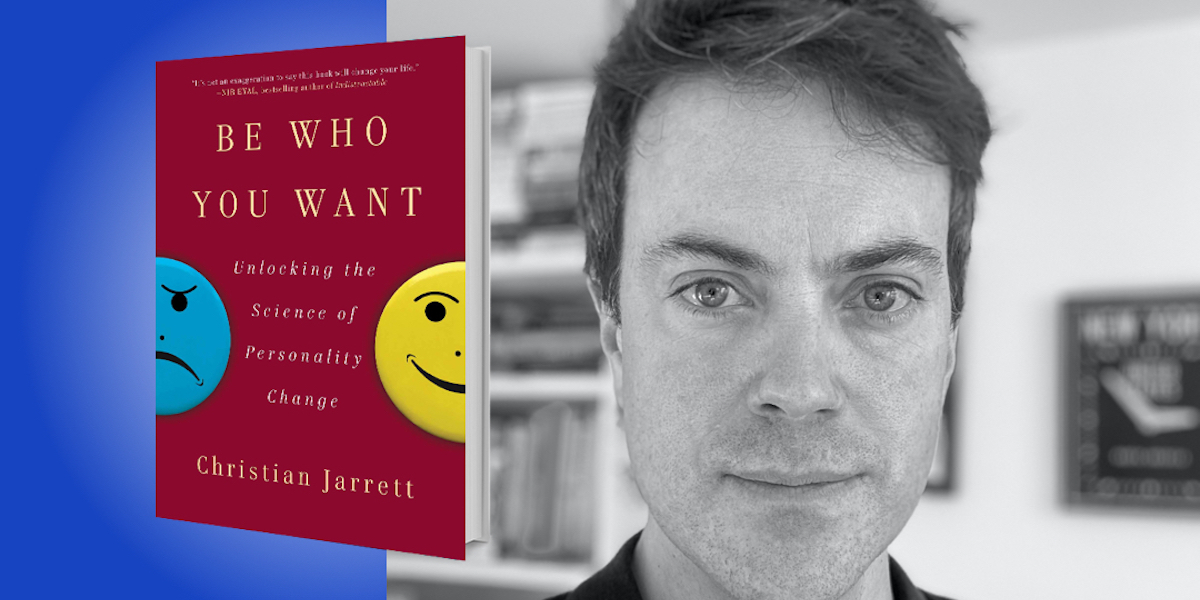 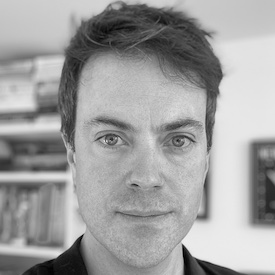 Christian Jarrett has been writing about psychology research for over two decades, after receiving an education in cognitive neuroscience. He is Deputy Editor of Psyche, a magazine that blends psychology and philosophy, and his work has been featured in publications such as Wired, New Scientist, and BBC Future. It’s Jarrett’s mission to further our understanding of the human condition, and use those insights to develop practical strategies for being your best self.

Below, Christian shares 5 key insights from his new book, Be Who You Want: Unlocking the Science of Personality Change (available now from Amazon). Listen to the audio version—read by Christian himself—in the Next Big Idea App.

1. Personality is not fixed.

If you’d met Femi as a 21-year-old, I’m sure you’d have formed the impression that he had a highly disagreeable personality. He’d been banned from the area he grew up in, charged with possession of drugs, and forced to wear an electronic monitoring tag. Yet fast-forward to today and Femi, or Anthony Joshua as he’s now known, is heralded as an impeccable role model of good manners and charitable behavior.

Joshua, an Olympic gold medalist and two-time world heavyweight boxing champion, has said, “I could have gone the other way, but I choose to be respectful.” Research findings back this up. Whereas William James, the great American psychologist, said that personality was set like plaster by age 30, modern longitudinal studies that have followed the same people over many decades have shown that our personality traits, in fact, continue to change all the way through life. That doesn’t mean that personality is meaningless—there is a thread of continuity—but it isn’t fixed. As the psychologist Simine Vazire put it, when it comes to personality, “There is plenty to hold onto and plenty we can change.”

“While around 50% of the variation in our traits is genetic, the rest is up for grabs.”

2. Life will change you, and the trick is to anticipate it.

A true “super couple,” the actress and model Monica Bellucci and her actor husband Vincent Cassel were Europe’s answer to Brad Pitt and Angelina Jolie. But, after 18 years together, including 14 in marriage and several joint appearances in films, the pair announced their split in 2013. The experience changed them profoundly—Bellucci said she felt energized, less emotional, and more grounded; Cassel saw the moment as a chance to reinvent himself, and he relocated from Paris to Rio.

Stories like this mirror the science of personality. While around 50% of the variation in our traits is genetic, the rest is up for grabs, as we are continually shaped by our relationships, social roles, and major life experiences. For instance, echoing the Bellucci and Cassel story, when people’s personalities are compared before and after divorce, they tend to show significant changes. A common after-effect is increased openness, as the super couple experienced, but another pattern is increased introversion. Divorcees can become isolated if they lose friends they once shared with their partner.

To consider some other life events, job losses have been shown to lower conscientiousness, and illness and bereavement to raise neuroticism (also known as emotional instability). By recognizing the ways that life might affect your traits, you will be better placed to anticipate these effects and adapt via intentional personality change.

3. You can choose to change.

In my freshman year at college, I met a student who was deeply frustrated; he wanted his time at college to be fun and full of friends and socializing, yet he was extremely introverted and spent most of his time alone. But it was inspiring to see what he did next—he made specific plans for how to come out of his shell, including proactively seeking out more friends and beginning work at a campus bar.

“You aren’t defined or limited by your past.”

Studies have shown that people with desires to change one or more of their traits are able to do so, especially if they make specific plans for how they will change their behavior, and persist with enough dedication that these changes become habitual. On the other hand, desiring change but failing to follow through with any practical plan of action is likely to backfire.

In my book, I lay out numerous practical strategies for how you might change each of five main personality traits, including becoming less neurotic and more extroverted and conscientious. The most effective approach is to mix strategies that will change you from the inside out (such as lowering your neuroticism by practicing attentional training to increase control over your thoughts), and from the outside in (such as practicing the “situation selection strategy”—choosing activities and company that bring out the traits you wish to develop).

4. Authenticity is based on your future self.

An understandable concern for anyone who is seeking to change their personality is that they are not being true to themselves, that they are somehow being fake. I sympathize, and I wouldn’t want anyone to feel pressured by others to change if they don’t want to. However, it’s equally important to realize that you aren’t defined or limited by your past. Research studies that have monitored people’s feelings of authenticity have shown that we feel most “real” or true to ourselves when we’re acting in accordance with our so-called ideal selves (the kind of person we aspire to be) rather than in accordance with our actual selves (as measured by our current personality trait profile). Similarly, relationship research has shown that people feel most authentic when they are with a partner who supports them in acting more like their ideal self.

“You are much more than your traits—you are your values and goals and principles.”

This makes sense—arguably, the real you is the person you aspire to be. When you begin making efforts to change your traits, it might feel awkward and effortful, but persist long enough and it will become second nature. Bear in mind, too, that you are much more than your traits—you are your values and goals and principles. There’s nothing fake about developing your traits to help embody those parts within you.

5. You’re more likely to change successfully if it’s for a larger purpose.

Whether it’s Anthony Joshua metamorphosing from petty thug to youth role model, Catra Corbett from addict to elite athlete, or Maajid Nawaz transforming from extremist to pacifist, the stories I have uncovered all speak to the same pattern: People found a new calling, and this influenced their personality traits in beneficial ways. They all had a driving reason to change.

Research shows that changes in our personal values more often precede personality change, rather than the other way around. Becoming a better father, fighting poverty, sharing your love of art, improving your town, volunteering overseas, or even learning a new skill—it doesn’t matter what we call this motivational pull, the point is that deliberate personality change is more likely to be successful and feel authentic if it’s in the service of your passions and values in life. If you don’t currently have a passion or calling, then before asking yourself “How do I want or need to change my personality?” it might be more rewarding and effective to ask “What matters to me?” or “Who do I want to be?”

To listen to the audio version read by Christian Jarrett, download the Next Big Idea App today: