Wanting: The Power of Mimetic Desire in Everyday Life 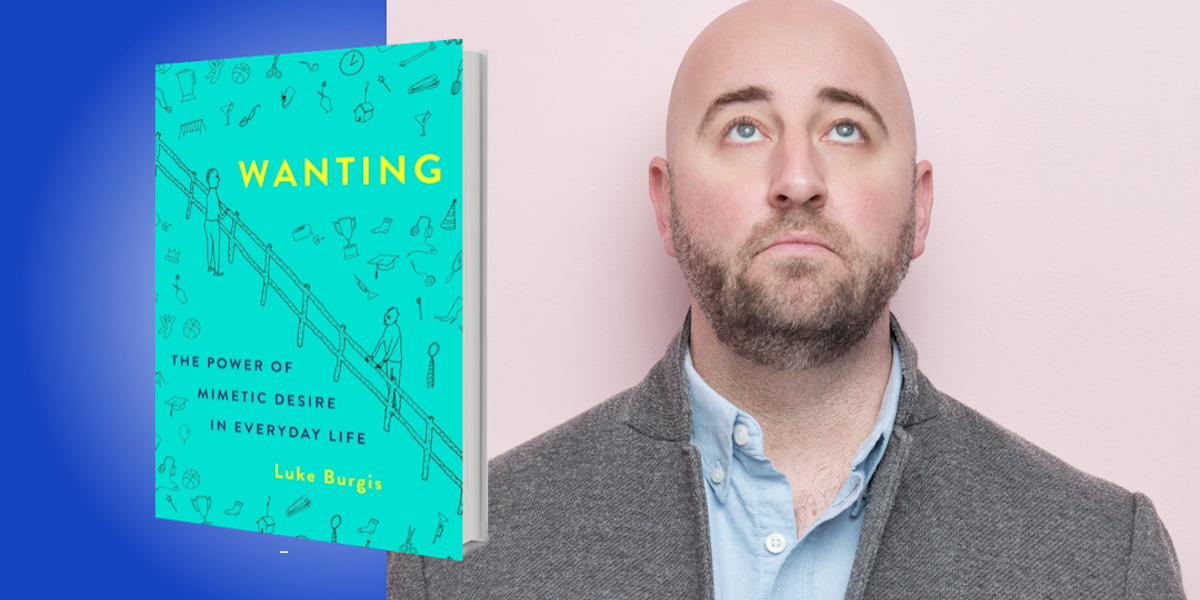 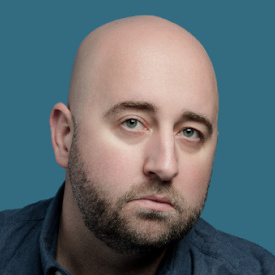 Luke Burgis is a serial entrepreneur who serves as director of programs at the Ciocca Center for Principled Entrepreneurship at the Catholic University of America, where he also teaches business and develops new education initiatives. His new book, Wanting, focuses on the ideas of the French writer, philosopher, and polymath René Girard (1923–2015).

Below, Luke shares 5 key insights from Wanting: The Power of Mimetic Desire in Everyday Life (available now from Amazon). Listen to the audio version—read by Luke himself—in the Next Big Idea App.

The primary discovery of the great French thinker and writer René Girard is that we don’t generate our desires out of nothing. In fact, they’re not entirely ours. Rather, our desires are generated and shaped in and through relationships. Other people are models of desire for us.

To be clear, we don’t need models of desire for basic needs. If I’m dying of thirst in the desert, I don’t need anyone to tell me that I want water—I have biological instinct for that. But when it comes to our more abstract desires, which are the majority of our desires today, we need models. In place of instincts, we take our cues from other people. And it all happens subconsciously.

Imagine you turn a handful of toddlers loose in a room full of toys. If one of them picks up a bright shiny firetruck (maybe because she likes red, or one of her parents is a firefighter) and she shows enough fascination with it, at least one of the other children will start to want the same toy. It’s like the first child imbues it with a special power—like magic. It becomes special because the first child wanted it.

“The force of mimetic desire has been responsible for the very formation of culture, and the rise and fall of civilizations.”

And if a second and third child show enough interest in it, the fourth and fifth will find it irresistible. Before we know it, they’re all fighting to spend time with the same toy. Remember: Just a minute ago, they didn’t seem to care about it at all!

This is the “mimetic” nature of desire—we catch desires by contagion because we imitate the desires of other people who we think have something that we don’t have, some quality of being that we would like. (The word “mimetic” comes from the Greek word meaning “imitate.”)

Because we live in a hyper-individualistic age, we’re blinded to just how mimetic we are. Most of our models are hidden from us, or too close for us to see. The great work of Girard was unmasking them. In his sweeping exploration of history, he showed how the force of mimetic desire has been responsible for the very formation of culture, and the rise and fall of civilizations. It explains volatility in the stock market, the speed at which accusations pile on, and even the way we shape our identity.

That thing could be power, status, respect, or a job position. We wouldn’t have enemies if, at some deep level, they didn’t want something that we want, and if we didn’t view them as threats to our own desires.

The rivalry is usually so subtle that we don’t realize how it affects us. Students enter colleges stating hundreds or thousands of different jobs they are interested in pursuing. But by the time they graduate, they end up having converged on the same handful of industries, or even the same companies. The desirability of certain jobs or lifestyles is powerfully shaped by what their peers want.

It’s like we need other people to want something in order for our desire to be strong. If we don’t have models, our desire tends to wane. We are energized by what our rivals want. If one political party really wants to pass a bill, or gain some seat of power, it suddenly inflames the desire of the other party to stop them, or to seize it themselves—even if there’s some more important thing that they should be doing. Our models, who double as rivals, shape our goals.

When everyone is imitating and reacting to everyone else, it becomes hard to tell who the real models even are. Everyone is a model to everyone else, and everyone is a rival. Girard calls this a “mimetic crisis.” Since we become more like that which we imitate, this crisis makes everyone more alike—at least in terms of what they want. This situation turns into a war of all-against-all.

The group needs to find someone different, an outsider, who can fix this crisis of sameness and re-establish difference. Groups in crisis are on high alert for anyone who is a deviant, who doesn’t seem part of the mimetic crisis, or even someone who is chosen randomly because they happen to be in the wrong place at the wrong time—someone to blame the crisis on.

Girard found that this process of transferring blame onto someone or something who then pays the price for a community’s collective problems is present throughout human history. It’s present even today—it just manifests itself differently. We’re usually not driving out or expelling literal goats, as the ancient Israelites did—but our thirst for purity remains the cause of some of our most persistent conflicts.

These cycles of desire that cause chaos, and which are resolved by the scapegoat mechanism (which brings order), are important to recognize if we are to have any hope of moving beyond them.

“We need other people to want something in order for our desire to be strong.”

The default cycle of mimetic desire leads people to want what other people have, and eventually leads to rivalry and conflict. But desires can be mimetic in tremendously positive ways. Heroism is mimetic—we saw it on 9/11. When a firefighter runs into a burning building, it might become a little easier for the second and third to run in.

We can start a positive cycle of desire for ourselves even in simple things, like fitness. It’s like turning a giant flywheel, which builds momentum as we go. One turn of the flywheel might work like this: I commit to showing up for my workouts with my highly disciplined friend, who holds me accountable if I don’t; which makes me want to eat well so that I have enough energy for our workouts; which makes me want to wake up earlier to I have enough time to eat a good breakfast before we meet; which makes me want to go to bed earlier at the end of the day; and it all leads to me becoming more disciplined—a little bit more like my friend. And through mimesis, maybe this newfound desire even spreads to someone in my family.

So when Gandhi said, “Be the change you want to see in the world,” there was something deeply mimetic about his point. It’s not just that we effect change for ourselves; it’s that we inevitably move someone else along with us. Love itself is mimetic—when we love others, they are more likely to reciprocate that love.

The future of our world, and our planet, depends on whether or not we start positive cycles of desire. The destructive cycles are not sustainable—but there’s a positive cycle, predicated on abundance. We can begin building these cycles into our own lives. And then, through mimetic desire, they will spread.

“If you want to build a ship, don’t drum up people to gather wood, divide the work and give orders. Instead, teach them to yearn for the vast and endless sea.”

“Thin” desires are ephemeral, fleeting, and highly mimetic. They’re like leaves that are easily blown away in the wind. They come and go because we adopt them from other people, but they’re throwaway desires. We throw them away as soon as we fulfill them because they don’t have anything real to offer us.

“Thick” desires are the kinds of desires that endure. They form a core part of who we are. They’re like layers of solid rock that we build up over the course of our lives—the rock representing the desires that we’ll be able to cultivate and deepen until the day we die. Many of us go through life not even hearing, or experiencing, those thick desires. They need to be excavated.

In Zora Neale Hurston’s great novel, Their Eyes Were Watching God, the main character, Janie Crawford, an African-American woman in her forties, goes through three husbands during the course of the novel. She struggles conforming to gender roles and models of authority (among other things) before ultimately relinquishing her desire and emotional attachments to people and things that are preventing her from finding her own voice. We might say that her ideas about “true love” were constructed mimetically and shot through with thin desires to please people or conform to certain norms. Crawford’s thick desires were obscured in that effort, but she ultimately found and took hold of them.

The writer Antoine de Saint-Exupéry explained the importance of developing and leading by thick desires. He said: “If you want to build a ship, don’t drum up people to gather wood, divide the work and give orders. Instead, teach them to yearn for the vast and endless sea.”

To listen to the audio version read by Luke Burgis, download the Next Big Idea App today: