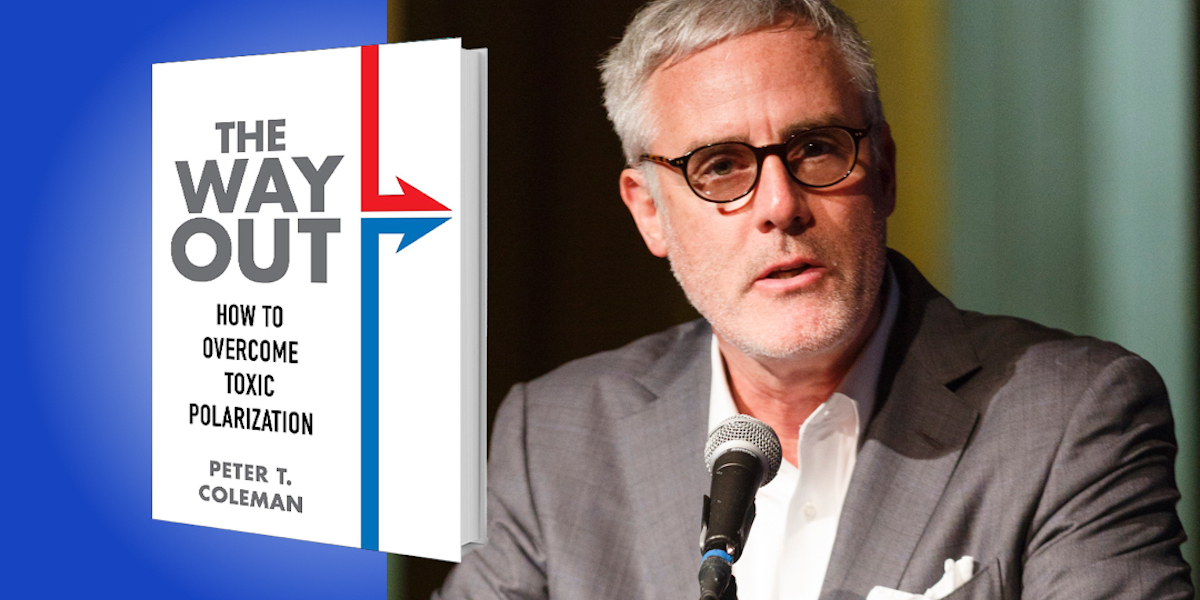 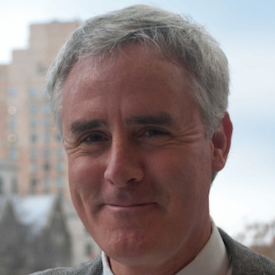 Peter T. Coleman is a Professor of Psychology and Education at Columbia University, where he holds a joint appointment at Teachers College and The Earth Institute and teaches courses in Conflict Resolution, Social Psychology, and Social Science Research.

Below, Peter shares 5 key insights from The Way Out: How to Overcome Toxic Polarization (available now from Amazon). Listen to the audio version—read by Peter himself—in the Next Big Idea App.

We know from studies of how civil wars end that two things matter most for motivating people to choose a path out of war: sufficient misery and a clear sense of a way out.

The good news is that a recent study found that about 93% of Americans—what they call the Exhausted Middle Majority—today are fed up and want out of the current political polarization trap. However, these miserable masses also need a clear sense of how to get out, a promising alternative for moving on with their lives that is not too costly.

One of the most powerful sources of how to get out is when we see people, particularly those on the other side of the divide, finding and choosing more constructive ways to engage politically. Like when I see Democratic Congressman Derek Kilmer and Republican William Timmons, who co-chair The Select Committee on the Modernization of Congress, working tirelessly together to make Congress more effective, efficient, and transparent for us all, they give me hope that there is a way through.

“93% of Americans today are fed up and want out of the current political polarization trap.”

One way to escape toxic hate is through the “bombshell effect”—when a major shock destabilizes us or our community and readies us for radical change. This is exactly what COVID-19 has brought to many of us—a period of great instability. But these shocks only help us if we take advantage of this time by making a significant reset, pausing to be intentional about the next path we choose.

Research tells us that the first moves we make after a major reset matter most. So these days, when I find myself about to react to someone who expresses political opinions opposite to mine, I stop and ask myself: “What is my intention here? What do I hope to see happen?” This gives me a sense of control over things that often feel uncontrollable. When such conversations begin in confrontation, they often escalate quickly and become really hard to walk back. But if they begin with an opening question, or a moving story of your own experiences, they can open you both up to learning something new.

When trapped in the riptide of a deeply polarized community, research suggests it is best to figure out how to work with what is already working in the situation to find a way out. Instead of trying to fix the problem with some new, half-baked idea or program, first find the “bright spots”—the people or programs that are already working effectively to mend our divide.

“We have an innate tendency to oversimplify the more complex problems we face. This just gets worse under uncertainty and threat, and is often used by cynical politicians to divide and control us.”

Fortunately, today, there are thousands of bridge-building groups across our country that fit this bill and offer a way out. Many are focused on facilitating community dialogues across the red-blue divide. These groups represent the immune system of our communities actively fighting against the pathologies of hate and vilification, and working to grow and mobilize the moderate middle.

For example, check out the Bridging Divides Initiative. If you go to their website, they offer you an interactive map of where over 7,000 groups and organizations are already doing this work across the nation, likely even in your own community.

4. Simplify, but only after you complicate your life.

Research shows that humans like to simplify. In fact, we have an innate tendency to oversimplify the more complex problems we face. This just gets worse under uncertainty and threat, and is often used by cynical politicians to divide and control us.

However, there is much that you can do to become less susceptible to the seduction of certainty, oversimplification, and vilification of the other. It involves intentionally complicating your life. From more purposefully choosing what you read, watch, and listen to, to joining groups and teams with others who differ from you, increasing complexity helps.

“Movement has been found to be particularly conducive to increasing aspects of good conflict, such as creativity, flexibility, and positivity.”

One thing I do is to actively think with different people. That is, I intentionally choose to hear from smart people across the divide. No, I don’t tune in to the nut jobs in the media who spout nonsense and conspiracy theories. Rather, I have sought out three really informed people I disagree with, and try to think with them. In this way, I can zoom out in order to zoom in.

If agonizing, antagonizing conflicts leave you feeling trapped and confined in an “us-vs-them” world, then you might consider movement as a remedy. Neuroscience research has found that often our attitudes and opinions actually come to be embodied in neural structures in our brains. But it also finds that movement can help us to break free of narrow, ingrained patterns of thinking, feeling, and behaving.

Movement has been found to be particularly conducive to increasing aspects of good conflict, such as creativity, flexibility, and positivity. And moving together—side-by-side and ideally outside—has shown great promise for connecting disputants and helping to synchronize them in ways that promote more empathy, rapport, and flexibility.

I do this in my life. Instead of sitting down and trying to debate hot issues with members of my family or coworkers, I invite them for a walk outside. This often goes a long way in getting us in sync enough to talk reasonably, even if we just agree to disagree.

To listen to the audio version read by Peter T. Coleman, download the Next Big Idea App today: