The WEIRDest People in the World: How the West Became Psychologically Peculiar and Particularly Prosperous 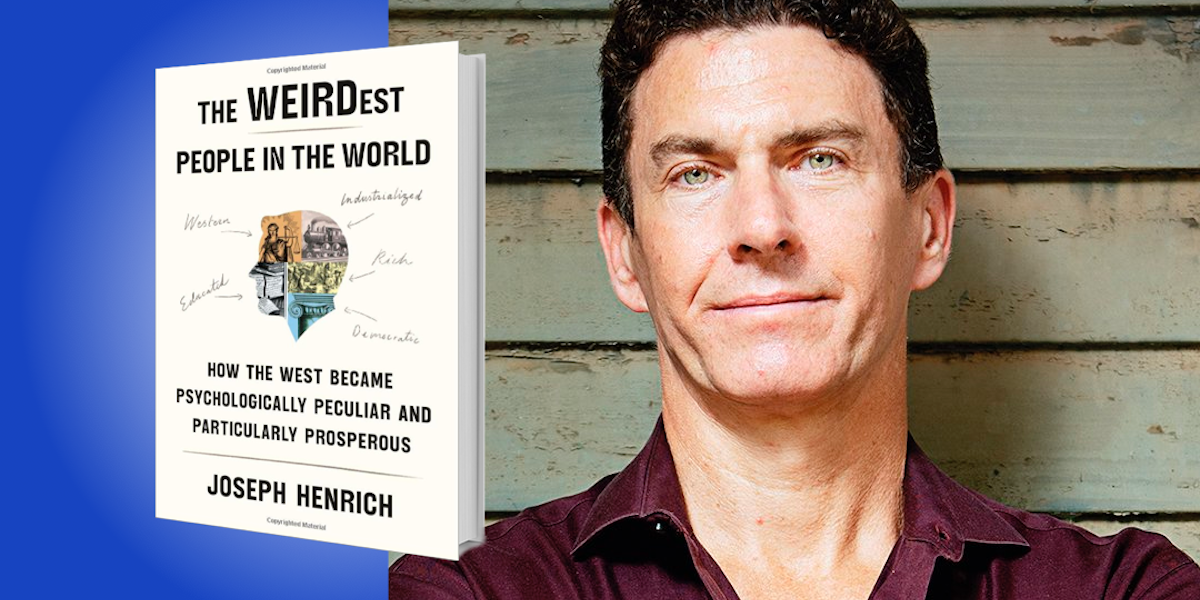 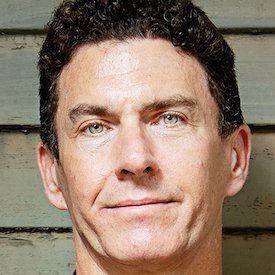 Joseph Henrich is an anthropologist and the chair of the Department of Human Evolutionary Biology at Harvard University, where his research focuses on evolutionary approaches to psychology, decision-making, and culture. He is also the author of The Secret of Our Success: How Culture Is Driving Human Evolution, Domesticating Our Species, and Making Us Smarter, among other books.

Below, Joseph shares 5 key insights from his new book, The WEIRDest People in the World: How the West Became Psychologically Peculiar and Particularly Prosperous. Download the Next Big Idea App to enjoy more audio “Book Bites,” plus Ideas of the Day, ad-free podcast episodes, and more.

Next Big Idea Club · The WEIRDest People in the World: How the West Became Psychologically Peculiar…

1. We are a cultural species.

Many cultural practices alter our brains in interesting ways. Reading, for example, alters our cognitive abilities; literate people have specialized neuronal circuitry in their left ventral hemisphere, and a thicker corpus callosum. Language also shapes our minds; in some societies, people rely entirely on absolute directions like north, south, east, and west, and don’t have terms like “left” or “right.” In these places, people develop amazing abilities to track absolute directions—you can lead them through mazes in the forest and ask them to point north, and they’ll be able to do it. So we should expect people who grew up navigating different institutions to think, feel, and reason in distinct ways that reflect the world that they had to navigate.

Data from across the social sciences has confirmed that people from different places think, feel, and reason rather differently. The same situations and stimuli create different patterns of motivations, perceptions, attention, memories, emotions, moral judgments, thinking styles, and brain activation in different populations. However, many experimentalists try to glean universal truths about humanity by working primarily with people from WEIRD societies—that is, societies that are Western, Educated, Industrialized, Rich, and Democratic. WEIRD people stand out psychologically in several ways; they’re strongly inclined towards greater individualism, they’re less inclined to conform to their peers or to traditional authority figures, they display greater trust, fairness, and cooperation with strangers, and more.

“People from different places think, feel, and reason rather differently.”

The family is perhaps the oldest of human institutions, and the first one we encounter upon entering the world. Looking back into our species’ evolutionary history, people have lived within broad family networks formed by kin-based institutions, such as clans or kindreds. Such kin-based organizations were and still are reinforced by social norms related to cousin marriage, inheritance customs, post-marital residence rules, and a large array of mutual obligations. Individuals from populations with stronger, tighter, and more intensive kin-based institutions are less individualistic, less trusting of strangers, and less analytically oriented when solving problems. They’re also more conformist-oriented, less inclined toward shame, and more obedient to tradition.

Beginning in late antiquity, the branch of Christianity that later evolved into the Roman Catholic Church began to dissolve the clans, kindreds, and other kinship networks in Europe, slowly breaking them down into monogamous nuclear families. This effort involved various prohibitions and prescriptions related to kinship and marriage. For example, the Church enforced taboos on marrying cousins, and over centuries, the circle of incest expanded to include not only blood relatives, but also in-laws and spiritual kin, like goddaughters. The Church also worked to end polygynous marriage, and to change inheritance customs in ways that ended the corporate ownership of land by kin groups. Populations that spent more centuries under the Church not only show less cousin marriage in the 20th century, but are also more individualistic, less conforming to peers, and more trusting of strangers. Around the world, populations that experienced fewer centuries under the Roman Catholic Church have larger families and more intensive kinship networks. They also show less individualism, trust strangers less, and are more willing to obey tradition.

“Protestantism changed not only what we think about, but also the neural wiring that does the thinking.”

If you want to understand psychology, you need to think about the institutions that people learn to navigate, and if you want to understand institutions, you need to think about the psychology of the people enacting those institutions. For example, various forms of Protestantism began to grow across Europe in the 16th century. With an extreme focus on the individual, Protestantism required both men and women to learn to read the sacred scriptures and build a personal relationship with God. Propelled by this religious motivation, both literacy and schools spread rapidly, and soon, Protestant Europe developed into the most literate population the world had yet known. Learning to read changes our brains, so by promoting literacy, Protestantism changed not only what we think about, but also the neural wiring that does the thinking.