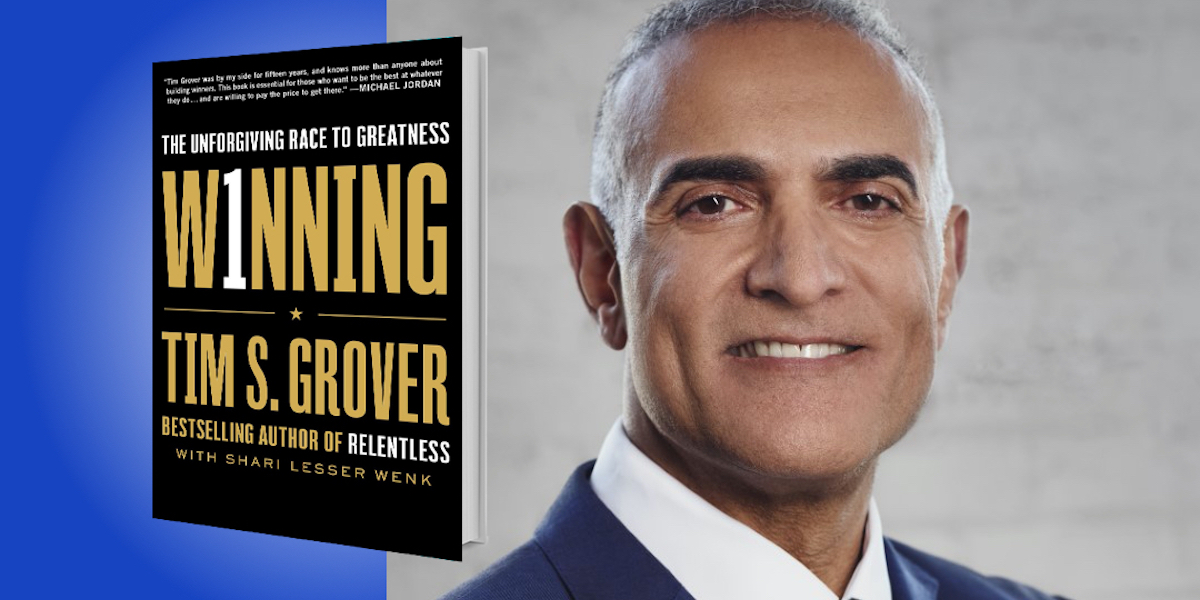 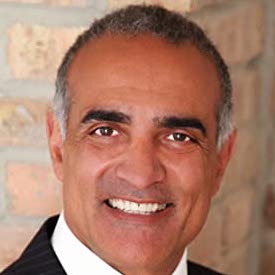 Tim Grover has been a performance coach, physically and mentally, for some of the most elite athletes on the planet. His clients have included Michael Jordan, Kobe Bryant, and Dwayne Wade, as well as hundreds of others in the business world.

Below, Tim shares 5 key insights from his new book, Winning: The Unforgiving Race to Greatness (available now from Amazon). Listen to the audio version—read by Tim himself—in the Next Big Idea App.

1. Winning has its own language.

Winning doesn’t speak the same words that we listen to. For example, I know it’s common in many books to outline steps to follow: five easy steps, 10 secret steps, 20 steps to greatness. Are you serious? You can’t buy a map to the top! If you could, everyone would be up there. The steps to winning are infinite—you can’t count them. There are no five steps. There are no 10 steps. What’s even worse, or actually better, is that the steps are constantly shifting.

One minute you see a step in front of you, the next moment it’s gone. Most people don’t even see the step until it’s too late, disappeared—but that’s what winning wants you to do. It wants to see if you trust yourself to know those steps are there. You may not even get to climb those steps. You may have to crawl on them. You may have to sit on them and ponder. Sometimes you can take those steps one at a time, two at a time. You could sprint all the way up or you just have to stop. But remember, those steps are infinite.

“The greatest business people, the greatest athletes, they’ve all had fear, but fear did not paralyze them. Fear actually heightened everything they were trying to do.”

Why is it so wrong to be considered selfish? How can you take care of others if you don’t take care of yourself? Why is it so difficult for us to make ourselves a priority, and why do others get so agitated when you do? You know why. Because you’re constantly putting them first, and the one time you decide to put yourself first, now all of a sudden you become selfish. When you do things that everyone approves of, such as eating, sleeping, exercising, socializing, even meditating, no one’s going to call you selfish, because those things are normal. But when you do something for yourself that they don’t approve of or understand, trust me, you’re going to hear about it.

So, what do we do? We give selfish all kinds of different names: the “bucket list,” the “man cave,” “me time.” Aren’t those things selfish? What is wrong with taking care of yourself? The better you take care of yourself, the more you can give to others. Isn’t this what’s it’s all about? When you win, they win. Still, don’t lose sight of bad selfish, where everything’s about you and the only person that wins is you. That’s not a win. That’s a huge loss for yourself and for everyone around you.

3. Winning is a test with no correct answers.

There are no correct answers when it comes to winning. Winning gives you a permanent knot in your stomach, and laughs at you as you try to untie it.

Now remember, we all have fear—we’re built that way. It’s an instinct. The greatest business people, the greatest athletes, they’ve all had fear, but fear did not paralyze them. Fear actually heightened everything they were trying to do. It made them more alert, more successful. We all experience fear, but you know what these individuals don’t do? They don’t have doubt. This is a big difference. They fear what’s ahead of them, but they don’t doubt the outcome. They know they can handle whatever is coming their way.

We’ve all seen sports games. With doubt, you play not to lose. With fear, you play to win. Fear is pressure, doubt is panic. How many times have you doubted yourself and you ended up panicking? Winning is a test with no correct answers, but doubt is what prevents correct results.

“We always say, ‘Let’s go on three: one, two, three.’ By the time you get to three, somebody has already gone on one.”

So, what are you faking? Look at yourself in the mirror. It’s the things you’re not willing to see—that’s what you’re faking. That’s what you’re lying about, what’s not allowing you to win. Winning wants all of you. It wants the good and the bad, the ups and the downs. Stop lying, because winning isn’t lying to you—you’re lying to winning. It needs to see all of you.

5. Winning is not a marathon.

How many times have you heard that winning is a marathon? It’s not—it’s a bunch of sprints inside a marathon. You don’t have the luxury of taking your time, because if you’re taking your time, somebody is passing you. We always say, “Let’s go on three: one, two, three.” By the time you get to three, somebody has already gone on one. They are going to win that sprint and, eventually, that marathon.

So stop managing your time and start managing your focus. When you manage focus, all of a sudden you have more time. Time creates distractions; focus blocks them out. Time tells you to stop; focus tells you there’s more to do. Time is external; focus comes from within. Think about all the times you were truly focused and how much more you got done.

How do you learn this? Here’s a very simple trick. Take 15 seconds and focus on something as hard as you can without any distractions. Do that for five minutes, 15 seconds on, 15 seconds off. Think of your focus as a muscle—use it, train it. You need to develop the ability to go from being focused to not being focused and back to being focused again. A lot of individuals go from focused to unfocused… and then most stay unfocused. The most successful individuals—in business, in sports, in relationships—have the ability to jump in and out of focus to handle the essentials and delete everything else. So get in the race—you won’t be disappointed.

To listen to the audio version read by Tim Grover, download the Next Big Idea App today: