Wonder: Childhood and the Lifelong Love of Science 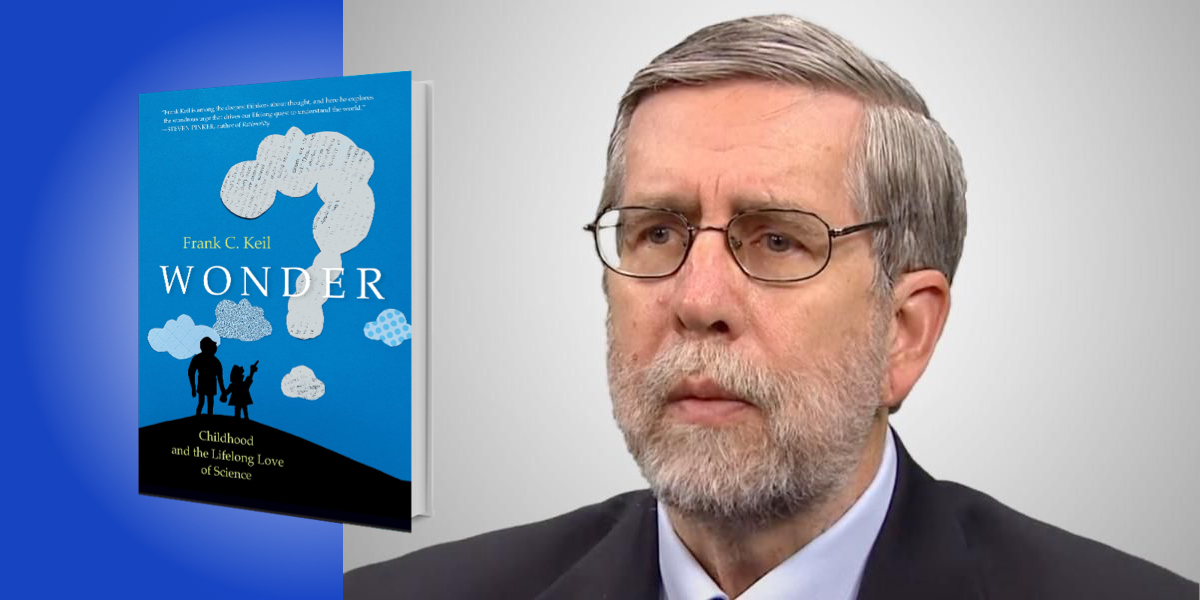 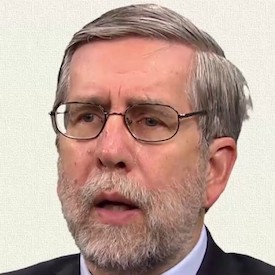 Frank Keil is a professor of psychology at Yale University, where he is the director of the Cognition and Development Lab. He has spent almost 50 years researching how people of all ages make sense of the world around them.

Below, Frank shares 5 key insights from his new book, Wonder: Childhood and the Lifelong Love of Science. Listen to the audio version—read by Frank himself—in the Next Big Idea App.

1. Wonder is far more than passive awe, or mere curiosity.

I interpret wonder in a manner similar to that used by the astronaut/scientist Mae Jamison, naturalist Rachel Carson, or physicist Richard Feynman. Wonder is an exuberant, joyous embrace of puzzles that we encounter in our everyday lives. These puzzles launch cycles of question-asking, exploration, and discovery.

Imagine that a child notices that some trees lose their leaves in the fall, and wonders why. She explores which trees do this, and notices intriguing patterns that evoke more cycles of exploration and discovery. She might ask how leaves “know” when to fall off, and how they manage to cleave themselves off so neatly rather than with ragged edges. Each new insight raises more questions. Wonder is a remarkable combination of intellectual exuberance and humility. When you wonder, you freely admit your ignorance about a topic while at the same time eagerly generating possible explanations.

True “free range” wondering—by which I mean wondering that is not fenced in by dogma or coercion—can transform a science, or even a society. Wondering is a basic drive that we all want to satisfy, like hunger or thirst. When we achieve new insights through wonder, they are enormously rewarding in their own right. You can see smiles of delight in both the very young and the very old when they suddenly understand something in a new way.

2. We are wired to wonder well.

An explosion of research over the past two decades has dramatically changed our models of how the minds of infants and preschoolers work. Much of their mental activity supports the ability to wonder. Infants and preschoolers adeptly track important statistical patterns in the world around them, and they quickly discern critical causal relations in the midst of massive webs of associations. Moreover, they can do this at highly abstract levels.

“By the time they enter kindergarten, many children earnestly ask why and how hundreds of times a day.”

Before they can speak a single word, infants know that only human-like agents can cause a disordered array of objects to become neatly arranged. For example, suppose that various sheets of paper, scattered across a floor, become neatly ordered in stacks of the same color and size. Infants do not think that a strong wind could cause this change, while instantly grasping that the wind could cause the opposite effect by blowing those neatly ordered stacks into a scattered mess. Infants understand this essential difference between types of causal agents for situations they have never seen before. Whenever disorder changes into order, they assume that a goal-driven agent is responsible, but never make that assumption when order changes into disorder.

Full-fledged wondering is not present at birth, but we are set up to spontaneously develop that ability very early. By foraging for information from other people, children greatly expand the depth and breadth of their own understanding. They quickly learn who to trust and who is a likely expert on a specific topic. Most importantly, preschoolers learn largely on their own how to ask the right questions and evaluate good and bad answers. They especially appreciate the value in asking why and how questions as opposed to simple questions about facts. By the time they enter kindergarten, many children earnestly ask why and how hundreds of times a day.

3. Wonder can be crushed after early childhood.

Almost 50 years ago, two British researchers, Barbara Tizard and Martin Hughes, discovered a surprising developmental pattern. Shortly after children entered formal schooling, their questions plummeted—often to just one, two, or even none in an entire day. This drop occurred for children from all backgrounds: wealthy or poor, urban or rural. Over the years, this pattern has been found throughout much of the world. Moreover, it seems linked to a growing disengagement from science and technology. Several factors converge to stifle wonder for STEM areas. It certainly isn’t because children have learned so much that they don’t need to know anything else. Most children, and adults, are unable to provide even the simplest causal explanations of what they encounter every day.

“When motivating children to engage with science or technology, we often unwittingly extinguish interest.”

One cause of the rapid decline is educational systems that press teachers to fill children’s heads with easily testable facts rather than nuanced explanations. Another cause is class sizes and schedules that make extended back-and-forth conversations between teachers and students logistically impossible. Most adults also mistakenly believe that younger children suffer from major cognitive deficits. As a result, adults avoid materials that children would actually love to learn about. For example, many adults think children in early grades are hopelessly trapped into thinking concretely and cannot learn abstract relations. In fact, they can easily do so, while the concrete details can often take decades to master—such as medical school to learn the concrete details of human biology. Even worse, when motivating children to engage with science or technology, we often unwittingly extinguish interest. Some schools, for example, strongly discourage any play in the classroom because they see play as disrupting learning. Yet play can nourish wonder in marvelous ways.

Another cause may be the relentless expansion of “the mechanism desert,” in which everyday objects become increasingly opaque in terms of how they work. For example, my 1963 Triumph Spitfire didn’t have a single transistor in the entire car, while a comparable 2022 Mazda Miata has several billion transistors. Any motivated high schooler, armed with the thin repair manual, could disassemble a Spitfire into every separable part, then re-assemble it successfully. You could quickly figure out why each part was there and how it worked. But not a chance with today’s cars, where much of the critical workings are buried in solid-state circuits, and the online repair guides are not only thousands of pages long, but also leave out lots of details. Even the cheapest toaster (once a model of mechanistic simplicity) now has a circuit board at its heart. Today’s devices reveal less and less of how they work, and no longer inspire further wondering.

4. No one has to lose their sense of wonder.

We all can grow this essential part of human nature throughout our lives. We know this because of a few extraordinary individuals who continued frequent wondering right up to their last words. Some of those lifelong wonderers were celebrated polymaths, such as Mary Sommerville, who mastered many areas of mathematics and science, as well as geography and science writing. Another is Thomas Young, who excelled in linguistics, music theory, and several areas of science and engineering. Individuals like them can’t help but wonder about virtually everything around them. They find the process so engrossing and satisfying that they become immersed in expanding their understanding of everything.

“When the poet Samuel Coleridge attended a lengthy series of lectures by scientist Humphrey Davy . . . Coleridge proudly declared, ‘I will attack chemistry like a shark.’”

We also find certain periods in history when wonder flourished among diverse members of communities. Indeed, a spirit of wonder seems to become contagious. The scholar Richard Holmes describes a delightful period shortly after the Enlightenment—an Age of Wonder—as an almost giddy time when artists, poets, and scientists came together to celebrate new discoveries in science and to inspire each other to greater achievements. One of my favorite examples was when the poet Samuel Coleridge attended a lengthy series of lectures by scientist Humphrey Davy. Afterwards, Coleridge proudly declared, “I will attack chemistry like a shark.”

More recently, several communities in the United States became enraptured with science shortly after the Soviet Union launched Sputnik in 1957. I vividly remember my own community getting caught up in the euphoria. Our homes became flooded with science and engineering kits of all types. My friends and I spent endless hours, together and apart, playing with these kits, often dreaming up unauthorized, and sometimes dangerous, activities that we called “experiments.”

5. Life without wonder can lead to cognitive dysfunction—but there is a way back.

When wonder wilts, then distrust, disengagement, and denial bloom. We fall prey to misinformation and become unable to tell charlatans from experts. When you stop asking why and how, you can damage your own physical and mental health, as well as that of many others. It happened with the unquestioning acceptance of Lysenko’s motivated distortions of genetics, which led to millions of deaths by famine. It continues to occur with the stubborn rejection of safe and effective public health programs. We become helpless victims if we no longer feel entitled to explore the claims being made by others. It’s like trying to figure out what creatures live in a pond simply by observing the ripples on its surface.

Wonder allows us to see beyond the surface, to refine and polish our cognitive lenses in order to see the world in sharper focus and in much deeper causal textures. When we do that, it becomes easier to see through deception and falsehood. Few imposters can credibly withstand a series of why and how questions that relentlessly ask them to unpack the relevant mechanisms. We can come out of the fog of ignorance by making simple changes in some daily habits. We can talk to children and peers in more engaged and attentive ways, and we can come to enjoy constructive arguments grounded in mutual respect. We can make our public spaces and gatherings more likely to promote shared knowledge, growth, and exploration. Re-awakening wonder will enable us all to more fully participate in decisions about our collective futures.

To listen to the audio version read by author Frank Keil, download the Next Big Idea App today: