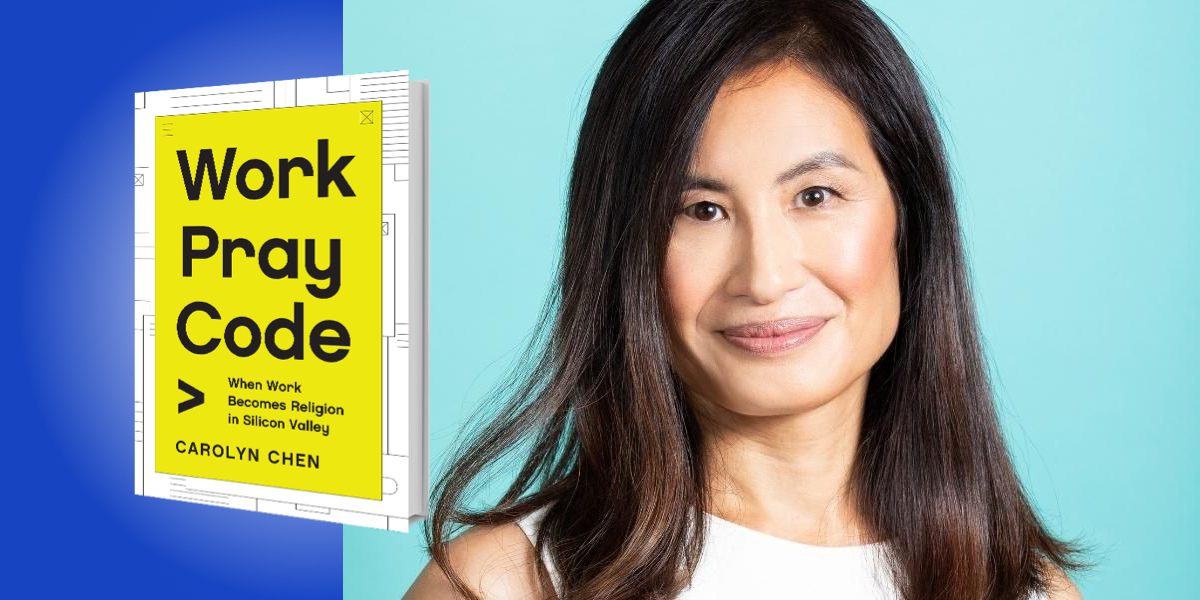 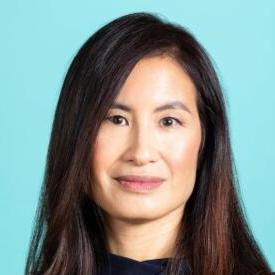 Carolyn Chen is a sociologist and associate professor of ethnic studies at the University of California, Berkeley. She is the author of Getting Saved in America and the coeditor of Sustaining Faith Traditions.

Below, Carolyn shares 5 key insights from her new book, Work Pray Code: When Work Becomes Religion in Silicon Valley. Listen to the audio version—read by Carolyn herself—in the Next Big Idea App.

1. Work is replacing religion among high-skilled professionals in America.

In the last 50 years, we’ve witnessed significant transformations both in work and organized religion.

Companies have reconfigured work among their high-skilled employees in response to large-scale economic transformations, such as the shift to a knowledge economy and the rise of global capitalism. As a result, companies have become more demanding of time and energy from professionals. Yet they’ve also made work more rewarding and fulfilling—in order to elicit the full investment of their high-skilled employees. Companies have given employees more pay and autonomy, invested in their professional and personal development, and curated company cultures by borrowing from the language and practices of non-economic institutions like family and religion, where love and devotion have no bounds.

As we’ve seen this expansion of work in people’s lives, we’ve also witnessed a decline in religious affiliation and participation in the last 50 years in the United States. This is part of a larger trend of declining civic participation—Americans have been withdrawing not only from religious communities, but also from neighborhood associations, sports leagues, political clubs, and so on. As a result of the expansion of work and the decline of religion, many American professionals are looking to the institution of work to give them identity, belonging, meaning, fulfillment, and purpose.

2. Workplaces are the new faith communities in Silicon Valley.

50 years ago, white-collar professionals looked to their churches, temples, and synagogues to fulfill their needs for identity, belonging, meaning, and purpose. But for tech workers these days, work consumes so much of their lives that it’s in work that they find their identity, belonging, source of meaning, and purpose in life. In this way, workplaces have become the new faith communities of the highly skilled in knowledge industry hubs like Silicon Valley.

As an example, I want to share the story of someone in my study that I call John Ashton. He is an entrepreneur who moved from Georgia to San Francisco to join a startup. When he grew up in Georgia, he was always involved in his church community, which he claims was the closest thing to family to him, and which grounded him in life. When he was in college, he was the president of a Christian fraternity, and they did things like build orphanages in Mexico during spring break. After college, he became a programmer at a bank in Georgia, where he had a nine-to-five job. And he was heavily involved in his church, where he became a leader, and played the guitar. It was through his faith community that he found a lot of meaning and purpose.

“It’s in work that they find their identity, belonging, source of meaning, and purpose in life.”

All that changed when John moved to San Francisco. He stopped going to church because he had no time anymore—he was working 70 hours a week. Instead of finding identity, belonging, and meaning in a faith community outside of work, he did it within his workplace. His company was called Harmony, and he and all of the other engineers in the company all called themselves Harmonizers. He identified strongly with that Harmonizer identity, and he spent all of his work time, as well as socializing time, with the community of other Harmonizers. They would play video games instead of joining the church band. He brought his guitar to work, and he would jam with other guys in the company. They’d go to Burning Man in the summer. Then in the winter, they would rent a cabin and go skiing in Lake Tahoe. He would have three meals a day at the workplace, all of which were provided by the company.

John also found purpose in the company’s mission and product, in their social networking app. He kept using this Christian language in our interview—he kept on saying, “We just have this burden to change the world.” That was his mission in life. His faith in God was now replaced with his faith in his startup. In Silicon Valley, only one in 10 startups succeed, and he directed all of his faith into the belief that his startup would be the one in 10 to IPO or eventually get acquired. The weekly all-hands meetings in his company ended up replacing the inspirational services of Sunday worship. In these many ways, the faith community of his company replaced his faith community in Georgia.

3. Spirituality is a competitive advantage in Silicon Valley firms.

One of the surprising things I found is that when I would interview tech workers, many of them told me that they became more whole, more spiritual, and more fulfilled after moving to Silicon Valley and joining a tech firm. Companies were essentially investing in the spiritual care of their employees, because they saw this as a competitive advantage. They saw that when their workers were fulfilled and healthy in their mind, body, and spirit, they were performing at their optimum. And when workers aligned the deepest parts of themselves—their spirituality, their sense of authentic self—with the company, they also performed at their optimum.

Companies were offering programs like meditation and mindfulness to their employees. And often, these sessions were not just teaching people to breathe—they would also include readings from poetry, or from spiritual and religious texts. Most tech workers hire executive coaches for their senior leaders, and one HR professional told me that these executive coaches essentially operate as spiritual guides, teaching spiritual practices to help them discern their purpose and meaning in life. Tech workers use this language of “calling,” “service,” and “spiritual journey” to describe their careers, and all Fortune 500 companies now include these basic elements of all religious organizations: they have a mission, ethics, an origin myth, and even a charismatic leader.

“All Fortune 500 companies now include these basic elements of all religious organizations: they have a mission, ethics, an origin myth, and even a charismatic leader.”

One example is of a young engineer named Hans Schneider. When he first started at his company, he was very talented, but he lacked confidence. So to cultivate the leadership of his young talent, the CEO sent him on a spiritual retreat for three days. He also had him work with a meditation coach and an executive coach to help him discern his purpose and meaning in life. Hans really transformed after all of these spiritual interventions, and he became the head of engineering at the company, introducing new products and becoming a wonderful leader. The investment that the company made in Hans’s spiritual development ended up paying off.

4. There is a social cost when work replaces religion.

I call Silicon Valley a “techtopia,” a society where work is the highest form of fulfillment, and where work is this big, powerful magnet that attracts all the time, energy, and devotion of a community. But you have other magnets in a community—families, religions, neighborhood associations, political associations. These are smaller and weaker magnets, which simply can’t compete with the huge magnet of work.

People have devoted so much of their time, energy, and devotion to work that they have no time for anything else. I talked to religious leaders who told me that their congregations were dwindling, as people had no time to attend temples, mosques, and churches anymore. I heard this also from local politicians, who told me that tech workers were disinvested from political participation and were generally politically apathetic. I heard this from other people, who told me that parks were closing in their neighborhoods because no one was using them and no one cared when the city said that they were closing them.

For example, a Zen priest told me that no one was coming to the temple anymore because they didn’t have time, because they were working. His solution was to bring meditation and mindfulness to the workplace, but as a result, he had to strip the dharma, the Buddhist teachings, of many of their fundamental, ethical components. So if the weaker magnets like religious institutions and neighborhood associations want a share of the time, energy, and devotion of the community, they need to serve and conform to the workplace.

“People have devoted so much of their time, energy, and devotion to work that they have no time for anything else.”

5. We can stop worshiping work by choosing to worship something else.

There’s a wonderful quote from the late writer and poet David Foster Wallace: “There is no such thing as atheists. We all worship something—the only difference is that we get to choose what we worship.” Here Wallace offers a clue about how we can stop worshiping work: we can choose to worship something else.

In my study, I found that there was a small minority of folks who didn’t worship work, whose lives did not center around work. These people tended to be older. They tended to have young children. And they were also religious people, of all ages. What made this group of people different is that they belonged to communities outside of work that demanded their attention, time, energy, and devotion. These were not mere hobbies, such as mountain biking or hiking; these were communities that they felt accountable to, that they had a sense of moral obligation to, that they were devoted to.

We as a society can stop worshiping work by choosing to worship something else. We need to restore and revitalize the civic and social institutions that can give us a sense of identity, belonging, meaning, and purpose.

To listen to the audio version read by author Carolyn Chen, download the Next Big Idea App today: