You’ll Never Keep Up with All the Best Books, Articles, and TV Shows. So Do This Instead 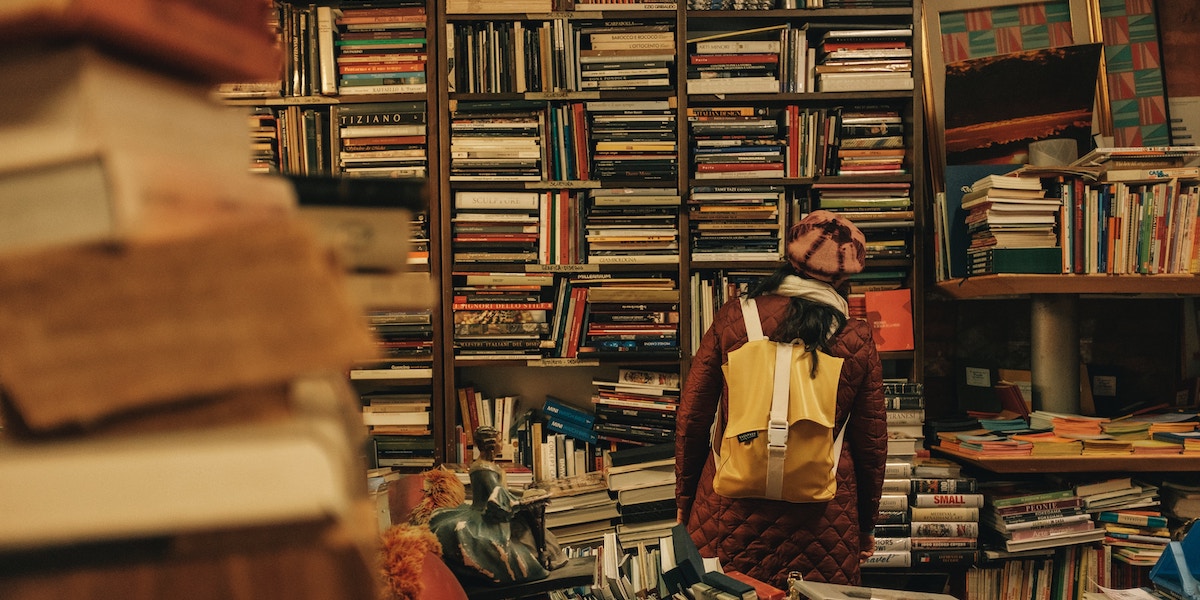 I feel guilty about the unread books sitting on my bookshelf.

I feel guilty about the podcasts sitting unlistened on my podcast app.

I feel guilty about the unread articles collecting virtual dust on my phone.

I feel guilty about the newsletters I haven’t opened, the classic movies I haven’t watched, and the amazing restaurants in Portland I’ve yet to visit.

I feel guilty about being somewhat envious of people who lived in the 16th century who lacked access to the printing press—let alone the internet—and therefore had no obligation to “keep up” with the mountain of information available to their 21st century descendants.

It’s impossible to stay ahead of the melt on the ice-cream cone.

It’s ice cream! It’s supposed to make us happy! But when we try to eat all of that ice cream, we end up feeling sick and anxious.

What we can do to reduce overwhelm?

Here’s an example. Assume you read one book every month (a liberal assumption for the vast majority of people). That’s 12 books per year. And assume you have 30 years of remaining life expectancy (also a liberal assumption since the cosmic banana peel might be around the corner). With two exceedingly liberal assumptions, that’s 360 books left to read for the rest of your life.

When that grim reality sinks in, it becomes much easier to cut out the junk. When I realize I can’t keep up, I become more selective about what I take in. I’m more liberal with the unsubscribe button. I stop watching movies I don’t like. Life is too short to read crappy books because of a delusion that some amazing fact will materialize on page 183.

“Life is too short to read crappy books because of a delusion that some amazing fact will materialize on page 183.”

Second option: Let some of the ice cream melt.

Here’s the thing: Information is repeated and regurgitated across different sources. Even if you miss that key piece of fact in one source, it will pop up in another. To go back to the metaphor, even if some of your ice cream ends up melting, you’ll get what you need from the ice cream remaining in your cone.

Or sometimes, more ice cream will materialize when you’re least expecting it.

For the vast majority of my life, I considered serendipity to be New Age fluff. Serendipity isn’t something that rational people believe in, I thought. Serendipity surely can’t be engineered, so I did what I do best: Develop a disciplined approach that requires meticulously reading everything there is to read, marching to the resolute beat of effort-result, effort-result.

Until, that is, three years ago.

I was searching for an example to use in a book that I was writing on military coups. All my efforts came up short. At the time, I was in London to give a talk, and I strolled into a bookstore (which is one of my favorite things to do in foreign countries).

One book from the non-fiction aisle, called Why Nations Fail, called out to me. For no particular reason, I picked up the book, opened up to a random page, and started reading. There it was, laid out before me, the perfect example I had been looking for (it was about the Glorious Revolution, which ended up being a major chapter in my book).

So go ahead and give yourself permission to let some of that ice cream melt. Don’t worry about missing out on the ice cream dripping down your arm. Instead, focus on enjoying the scoop still on the cone.

And life is sweeter that way.