Why So Many People Fear Math, and How to Overcome it 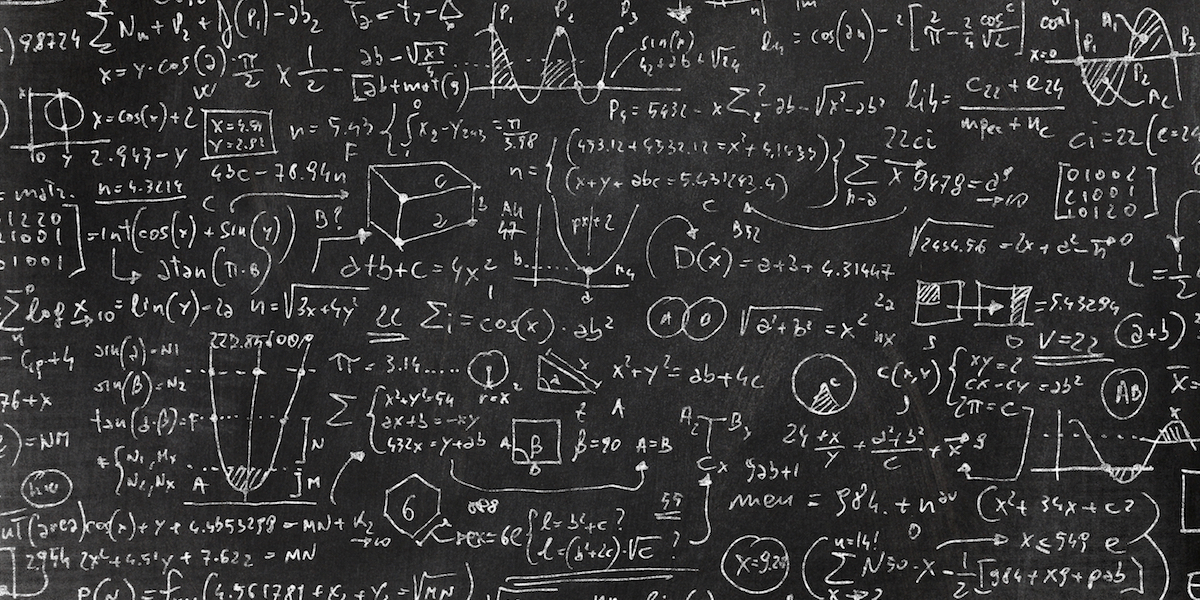 A note to readers: I’m continuing my confessional streak here (last week I wrote about my experiences of belonging in college). In the piece below, I’ve chosen to share a memory from my own life because I think it is likely to be similar to memories you have as well.

In writing about “math trauma,” I don’t in any way mean to trivialize trauma or its devastating effects. But I think mathematics expert Jo Boaler is right that the humiliation and shame that many of us have experienced in regard to school math does constitute a kind of trauma, one that often produces a lifelong aversion to and avoidance of the subject.

As always, I’d love to hear your perspective.—Annie

There was a math genius in my first-grade class. His name was Hank, and we all knew he had a gift for numbers and we did not. When we filled out our daily timed math quizzes, he was always done first, after which he idly tapped the eraser end of his pencil on his desk and whistled under his breath, waiting for the rest of us to be done. When the teacher called him up to the front of the classroom to demonstrate how he would solve a series of addition or subtraction problems, the chalk in his hand became a white blur, moving faster than we could follow it.

Early one Friday afternoon our teacher introduced a new activity: speed math competitions, in which pairs of students would vie to be the first to answer correctly all the math problems on one’s own half of the blackboard. My stomach tightened and my heart beat faster at the prospect of it; I shrunk down in my seat, trying to make myself invisible, but as if in a monstrously foreordained nightmare I heard the teacher call out the first two contestants: Hank, and me.

I slowly approached the blackboard and with a trembling hand picked up the chalk. The rows of problems rippled before my eyes: I couldn’t see or think about them clearly, even though I was perfectly capable of answering such questions when left alone to work at my desk. Just then I heard a knock on the window overlooking the playground; my mother and sister stood outside, smiling and waving. For a moment my heart lifted with the idea that they’d come to take me home; then I remembered that my sister, younger than me by a year, had a half-day of kindergarten on Fridays. They weren’t going to help me escape, and in fact were going to be additional witnesses to my humiliation.

“And ready . . . set . . . go!” Hank got down to work, his chalk clacking furiously against the blackboard. He moved as smoothly as a typewriter carriage, working his way through the problems left to right, left to right. Meanwhile I stood frozen, only turning my head to glance at my mother and sister, still smiling encouragingly, and then to look at the board again, still swimming with incomprehensible symbols.

“And . . . stop!” The teacher patted the shoulder of Hank, who had finished his final problem with seconds to spare. I tried to hide my tears from my mother and sister, who mercifully slipped out of sight.

Jo Boaler has heard many, many stories like this one. She is a professor education at Stanford University and the author of a new book, Mathematical Mindsets. I heard Jo speak at Stanford last week and was so impressed, and even touched, by what she had to say about the destructive way we teach math and the harm it wreaks on students.

Here, I highlight several of my favorite passages from the book’s early chapters. I can’t recommend Mathematical Mindsets highly enough; read it, and tell others about it! They likely experienced math trauma too.

• “A high level of intensity of negative emotion around mathematics is not uncommon. Mathematics, more than any other subject, has the power to crush students’ spirits, and many adults do not move on from mathematics experiences in school if they are negative. When students get the idea they cannot do math, they often maintain a negative relationship with mathematics throughout the rest of their lives.”

• “[The negative experiences that many people have with math flow] from one idea, which is very strong, permeates many societies, and is at the root of math failure and underachievement: that only some people can be good at math. That single belief—that math is a “gift” some people have and others don’t—is responsible for much of the widespread math failure in the world.”

• “Math is special in this way, and people have ideas about math that they don’t have about any other subject. Many people will say that math is different because it is a subject of right and wrong answers, but this is incorrect, and part of the change we need to see in mathematics is acknowledgement of the creative and interpretive nature of mathematics.”

• “Mathematics is a very broad and multidimensional subject that requires reasoning, creativity, connection making, and interpretation of methods; it is a set of ideas that helps illuminate the world; and it is constantly changing. Math problems should encourage and acknowledge the different ways in which people see mathematics and the different pathways they take to solve problems. When these changes happen, students engage with math more deeply and well.”

• “Another misconception about mathematics that is pervasive and damaging—and wrong—is the idea that people who can do math are the smartest or cleverest people. This makes math failure particularly crushing for students, as they interpret it as meaning that they are not smart. We need to dispel this myth. The combined weight of all the different wrong ideas about math that prevail in society is devastating for many children—they believe that mathematics ability is a sign of intelligence and that math is a gift, and if they don’t have that gift then they are not only bad at math but they are unintelligent and unlikely ever to do well in life.”

• “My work [on the growth mindset, originally developed by Boaler’s Stanford colleague Carol Dweck] over recent years has helped me develop a deep appreciation of the need to teach students about mindset inside mathematics, rather than in general. Students have such strong and often negative ideas about math that they can develop a growth mindset about everything else in their life but still believe that you can either achieve highly in math or you can’t. To change these damaging beliefs, students need to develop mathematical mindsets, and this book will teach you ways to encourage them.”

• “Growth mindset ideas [can be] infused through all of mathematics. Teachers of mathematics, and parents working with their students at home, can transform students’ ideas, experiences, and life chances through a growth mindset approach to math. General mindset interventions can be helpful for shifting students’ mindsets, but if students return to mathematics classrooms and math work at home working in the same ways they always have, that growth mindset about math slowly erodes away. The ideas that I share with teachers and parents and set out in this book include paying attention to the math questions and tasks that students work on, the ways teachers and parents encourage or grade students, the forms of grouping used in classrooms, the ways mistakes are dealt with, the norms developed in classrooms, the math messages we can give to students, and the strategies they learn to approach math—really, the whole of the mathematics teaching and learning experience.”

Mathematical Mindsets includes many more such insights, as well as fun, hands-on exercises you can do with your child or students. If you read it, please share below the ways in which it changes your thinking and your practices. I’d like to hear, too, about whether the term “math trauma” resonates for you and whether you feel it’s something you’ve experienced.