A Rallying Cry for Women in Tech 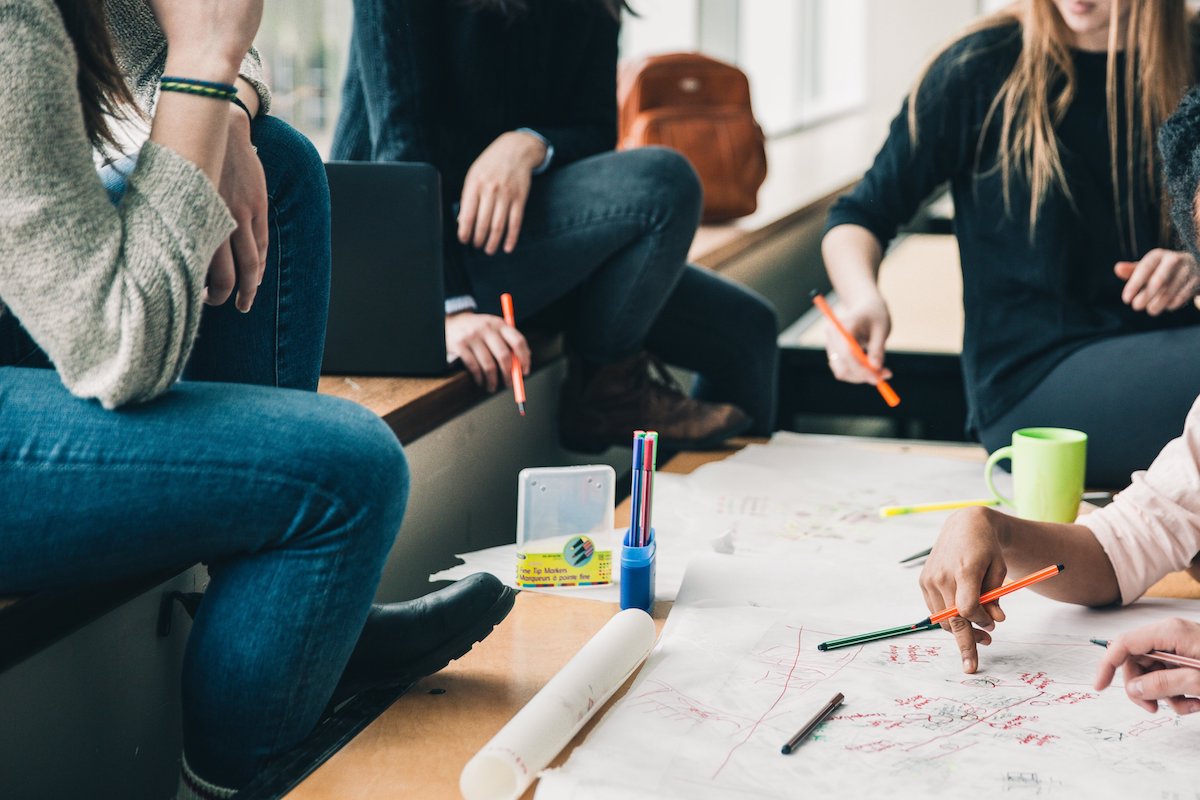 Heather Cabot is an angel investor, co-author of the book Geek Girl Rising and adjunct professor at Columbia University Graduate School of Journalism. She is a managing director of Golden Seeds angel investing network, a Pipeline Fellowship alumna, and an investor/advisor to numerous women-led ventures. She recently sat down with Emmy award-winning network television producer, media relations executive, and the author of Fearless and Free: How Smart Women Pivot and Relaunch their Careers Wendy Sachs for a conversation over Facebook Live at the Heleo studio. They talked about why confidence isn’t the main problem for women in tech, how to develop a growth mindset, and closing the gender gap in tech and beyond.

This conversation has been edited and condensed. Click below to view Heather and Wendy’s full conversation.

Heather: In my job at Yahoo, I spent five years as their digital lifestyle expert. My whole job was to develop a thesis around how the internet was changing our day-to-day lives. This was around 2007, dawn of the iPhone and the app store.

I [was] aware of the gender gap in tech. [However,] I kept meeting all these really interesting women who were starting their own companies, and thought what an interesting discovery that there were all these women rallying together, supporting each other and starting these companies that were growing into big deals. I thought mainstream media was not telling this story.

Shortly after I left Yahoo, I got involved in angel investing. I did an amazing program geared to introduce women to the world of angel investing, women who would not necessarily think of themselves as investors. In my program, we had attorneys, we had a journalist like myself, we had people from the non-profit world. And over six months, we ran a sort of “Shark Tank” for women, vetting various deals. Ultimately, as a cohort of 11 people, we made an investment in a startup together.

During that time, I realized the story was much bigger than just the entrepreneurs. The energy around investing and women jumping into it was another story itself. My book really became a survey of the tech ecosystem, [particularly] at the front lines where women working at the grassroots level are closing the gender gap in tech.

“I pivoted so much in my career that I was practically pirouetting. ”

Wendy: My book Fearless and Free was inspired by the fact that I’ve pivoted so much in my career, I was practically pirouetting.  Not all of my pivots were intentional. I lost my job. I was fired a couple of times, and my industry, the media industry, has been completely disrupted by tech. I was hustling to stay relevant and to figure out my next move. As I was going through that journey, which ultimately became my book, I started looking at Silicon Valley.

I would love to explore with you what is it that holds women back, when it comes to taking risks and starting companies and seeking funding. What did you observe in studying all of these women and exploring their stories that speaks to this overarching concept of confidence, and perhaps the lack of it, with women?

Heather: We tried hard in the book to not make this a confidence issue, not to look at it in terms of a monolithic issue. There are lots of different people who struggle in the innovation economy, from raising money to taking their first computer science class and feeling under confident. In the chapter you’re referencing on confidence, we interview a woman named Kathryn Finney, the founder of digitalundivided. She said to be very careful about extrapolating the experiences of one group of women and applying it to all. I just wanted to make that point because I do think there is a lot of research out there that shows that we do show up our confidence, but that’s not true for every woman.

Wendy: I’m glad you’re making that point. We have sweeping stereotypes out there that can be very harmful.

Heather: In the tech world in particular, mindsets are interesting thing to look at. Carol Dweck wrote about this theory that people either have a fixed mindset—that they only have so much set potential—or a growth mindset, [which] is this idea that you can learn things and that your brain is valuable. It doesn’t matter what your experiences are as you go through your life, you can always learn new things. Particularly in tech and engineering, it’s so important to embrace the fact that you have to iterate, you have to try, you have to take risks, and you’re not necessarily going to get it right each time. That’s the whole point.

For women to be successful, they have to absorb that from a very young age. That’s very hard.

“It doesn’t matter what your experiences are as you go through your life, you can always learn new things.”

Wendy: The idea of a growth mindset has become very popular in parenting circles—it’s about applauding the journey and the experience of the hard work, but not to position it as you’re good or bad at something.

Heather: Absolutely. There’s this misconception around being a genius, being a rockstar coder. And the revenge of the nerds stereotype doesn’t feel comfortable to women. We need to crush that stereotype, and get out of your comfort zone.

“We can keep iterating on ourselves and we can keep learning.”

Wendy: I’m not the first person to say this, but the idea of getting comfortable in the uncomfortable is so important. It’s so essential that you teach [this] from an early age, to figure out your resilience in that uncomfortable place because that’s where the growth is going to happen.

Heather: We have to go through it. We have to experience what it’s like not to make the team.

Wendy: You can’t instill confidence in your children. They have to develop it on their own. It is a muscle, and it can be developed. When I was exploring this concept of confidence, I looked at Claire Shipman’s book, The Confidence Code and what I found fascinating was confidence is really like a muscle that can be developed over time—and the fastest way to make that happen is by taking risks. They can be baby steps. It’s just taking those steps, taking some action to start developing.

Heather: Oftentimes women in these male dominated worlds feel like you have to be better than the guys in terms of the hard skills, but sometimes the soft skills get lost in that. Soft skills, like knowing how to present yourself, speaking with authority, etc, lead to advancement. You have to practice.

Heather: Now we get into the double standards for women.

Wendy: That’s exactly right. It’s this bravado that the guys can bring. Where if women come off as too aggressive or overtly confident, they’re perceived differently. They’re perceived as abrasive, as a bitch. That is the conundrum of the double bind that we know a lot of women in leadership face.

Heather: Absolutely. We wrote about Kathryn Minshew, the CEO of The Muse, a popular online job search destination for millennials. She’s now has almost $30 million in venture capital, but she’s very open about the challenges she encountered [in] the very beginning.

[When] she was raising money in the very beginning, she felt like such an anomaly. She’d be in a VC meeting, and she’d realize five minutes in that they weren’t really serious.

Wendy: They wanted to date her.

Heather: When somebody asked her a condescending or inane question, instead of getting upset or ruffled, she’d just kind of pause and look at them for one beat longer than necessary and then move on. It was her way of asserting power.

Wendy: That’s so awesome. Circling back to the idea of the importance of networks, I think there is something happening today, not even just from the investment standpoint, but from the sisterhood of women supporting women. In the past few years, more of these networks of women in various industries have cropped up to support each other.

There’s a solidarity that I’m seeing—and in politics, too. As a side project, I’m working on a film about women running for office. Those women have created these networks to support each other: it’s to help raise money, but it’s also about visibility.

They’re changing the definition of networking. There’s something that feels very inauthentic about [traditional] networking for a lot of women. We feel like we’re again asking something, forcing an inauthentic relationship. If we change even just the language, to “connecting,” its much better. Women are natural connectors, we bond very quickly with each other. Within five minutes, you put women around a table, we’ll know what you do for a living, how many kids you have, if you’re dating someone, where you bought your shoes.

“There is a mental shift happening. There’s a sense that “We can do this, we should do this, we belong here.”

Wherever I turn, I feel like I hear about another women’s network, which gives me so much hope. I know millennials get a lot of blame for a lot of things but I really believe they are pushing this forward. There is a mental shift happening. There’s a sense that “We can do this, we should do this, we belong here.” It’s happening in a very broad way, and it’s happening not just with white women. It is happening in a more diverse, inclusive way than we’ve ever seen before.

Heather: That is one of the ways we’re going to change the culture of technology too. I’m very heartened by seeing companies that are started by diverse founders, that from the very start are building different kinds of culture. That’s one of the reasons why funding these early stage companies was so critical because if we want to see a culture shift, we need to give things a chance to grow.