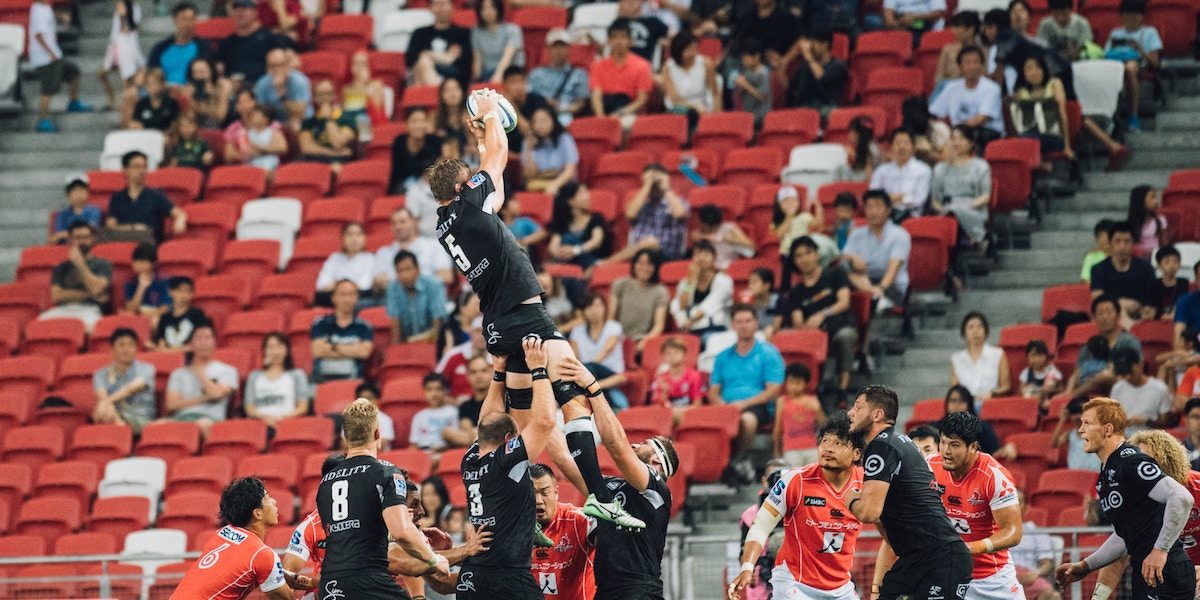 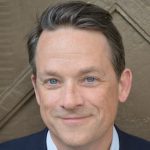 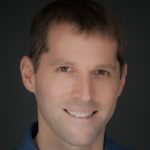 Daniel Coyle is the New York Times bestselling author of The Talent Code and The Culture Code, which provides emerging leaders with the tools to build a cohesive, motivated culture. He recently joined Bob Glazer, founder of Acceleration Partners, author of Performance Partnerships, and host of the Outperform podcast, for a conversation about the secrets of highly successful groups, and how we can all foster a culture of trust, honesty, and excellence.

Bob: Before The Culture Code, you wrote The Talent Code. Was there something in your research in that book that led you to look at culture as an enabler of performance?

Daniel: About 10 years ago I started looking at these talent hotbeds, these little places that produce impossible numbers of talented chess players, mathematicians, athletes, and business people. It was a book about learning in the brain, about how individuals get great.

Then you reach the end of that mystery, and there’s another one: “Hey, there’s something really cool happening in these places that I can’t quite put my finger on.” We have these words that we use to talk about special places, like “Oh, they have a great vibe, they have great chemistry, they have great culture.” That sent me on this journey of looking at great cultures around the planet, seeing where they are, how they are communicating, how they are making people feel deeply connected, [and how they are] getting that vibe of trust and cooperation.

When you’re in a great school, or a great restaurant, or a great family, or a great business, it seems like magic, but it’s not. It’s a system, it’s a process.

Bob: So when you have a thesis like that for The Culture Code, where did you start?

Daniel: Whether you’re talking about a flock of birds, a school of fish, Navy SEALs, Pixar, they’ve all got to do three basic functions: connection, cooperation, and direction. It’s this deep grammar of cohesion, this deep language of signaling. It’s not about what you say—it’s about signaling behaviors.

The first behavior that sends a strong signal is safety: “You are safe, we are safe here.” Sending a simple, quick behavioral signal that shows that you see someone, and that your futures are connected. Specific signals create the kind of connection that we think of as a family-type connection.

The second rule is sharing vulnerability. How do human beings exchange information? They send signals of openness. Which is weird, because normally when you think of high-performing groups, you think of people who are confident, who know the answer, who aren’t hesitating or being vulnerable. [But] when you spend time with those groups, you see that they are constantly creating these signals of mutual vulnerability, admitting weakness, confessing problems, telling the truth about themselves and about other people. That operates in kind of a loop—it’s not enough for one person to share vulnerability. The whole group has to do it.

Then the third set of signals has to do with direction—what way we are going, what’s important. Successful groups are really good at over-establishing purpose, [using] these really clear metaphors, stories, and language that drives attention and behavior in a specific direction.

“When you’re in a great school, or a great restaurant, or a great family, or a great business, it seems like magic, but it’s not. It’s a system, it’s a process.”

Those are the three. We’ve got to connect—we have an algorithm in our brain that responds to signals of safety. We want to share information—if we want to work well together, that’s where vulnerability is that trigger. Then we have this [question] of where we are going together—that’s where purpose is the trigger.

Bob: In the book you said that a lot of groups perceive that trust precedes vulnerability, but it’s actually vulnerability that creates trust, and that the leader sets the tone for that.

Daniel: It’s so weird—you normally think, “Okay, I’m going to trust you before I’m going to be vulnerable.” But the science shows us we have it backwards. Moments of vulnerability create trust. When I was visiting the leaders of these different groups, they were extraordinary about sending signals of openness.

When I was at Pixar, I was walking around with Ed Catmull, who’s the head of Pixar. At one point we’re walking through this gorgeous building and I said, “Hey, this is the coolest building I’ve ever been in.” He turns and looks me dead in the eye and says, “Actually, this building was a huge mistake. The hallways are too narrow, the atrium is in the wrong spot, and the biggest mistake is that we spent all this money, and we didn’t realize we were making a mistake.”

That openness is stunning when you’re around it, but it sends this powerful signal that, “Hey, we tell each other the truth here.” In most places, you have a secret second job maintaining your status. In places where there’s safety, they have bandwidth to do extra stuff because they’re not spending it on maintaining their status.

Bob: I’m curious, in the businesses that you looked at, did the majority lean towards more open-book principles and free sharing of information, versus [staying] closed and secretive?

Daniel: It depended on the structure of the business. When we think about vulnerability and trust, we often think of the emotional component, but the deeper reason for it is informational, not emotional. We can’t operate if we’re hiding stuff from each other. That’s why you often see quick interdepartmental stand-up meetings, where it’s designed not necessarily to make a decision, but to create awareness of what’s going on in the company: “Okay, here’s what we’re working on, here’s what you’re working on, and you’re working on,” and that context can drive good decisions.

Bob: When looking for coaches who won more games than they should have based on the talent [on their teams], Gregg Popovich [was] above and beyond everyone else. Can you give us a sense of what he does so well?

Daniel: Yeah, we often think that there’s a dichotomy between, “I’m either going to be tough, or I’m going to be nice.” What was stunning about Popovich is that he did both. One of the assistant coaches [said,] “Pop does two things: He loves you to death, and he tells you the truth.” They lost a big game the night before I came to spend time there. The first thing Popovich does walking on the court [the following day] is he goes right to the guy who missed the big shot [the previous] night, and starts talking about the dinner that Pop had arranged for the player and his wife, and the wine that Pop had ordered for the player and his wife. They use food as this incredible vehicle of connection over and over again—they eat together more often than most families.

“More conflict is actually a sign of a culture that might be more in touch with what’s really going on, a stronger culture where it’s safe to disagree.”

Then instead of watching game film, the [team] goes in to watch a CNN documentary about the Civil Rights Act. And Pop starts asking them, “What would you have done?” [He has] this incredible curiosity about them, about them as a whole person, as a person who enjoys dinner with their wife, and a person who thinks about civil rights. It was stunning.

That’s not to say it’s without challenges. Culture doesn’t take you to some higher plane where problems disappear, but a plane where you see those problems early, and you can deal with them. I had thought that when you get to Pixar and Navy SEAL Team Six, all the tensions disappear, and everybody’s walking on clouds. No, not at all in fact—they have harder conversations, more candor. More conflict is actually a sign of a culture that might be more in touch with what’s really going on, a stronger culture where it’s safe to disagree.

Bob: So [if you’re a leader,] when do you pat them on the back, and when are you yelling?

In fact, there was this Stanford study [in which] they determined that the most effective feedback—they called it “magical feedback”—was really simple. It’s something like, “Hey, I’m giving you this feedback because we have high standards here, and I believe you can reach those standards.” It’s always these messages of warm candor, where they’re saying, “I’ve got a tough truth, and the reason I’m giving you this is because we’re all connected, and we’re all trying to get to some tough place together.” I call it a dual message of connection and candor.

There was a waitress on her first day at this great restaurant, Union Square Café—very good restaurant, very high-quality staff. The woman had been training six months for this moment, and the manager came over right before she was about to go out and said, “Hey, if you don’t ask me for help 10 times today, it’s going to be tough.” Which was a hell of a message, right? But really, it was the truth. “You’re going to mess up 10 times today for sure, but look for me.” He could have said, “You’re going to get your head handed to you today.” That would have been true, but it wouldn’t have been connective. This message of truth plus connection seems to be the sweet spot.

Bob: If a leader has a new team, what can they do to build trust and cohesiveness quickly?

Daniel: Forget the first day—how about the first hour? Script that first hour so that you are clearly opening up to them, and allowing them to open up to you a little bit. I saw it done pretty well at Pixar. If you’re a barista, if you’re a coder, if you’re a director, the first day you go in the auditorium, sit in the fifth row—because that’s where directors sit—and then the president of Pixar comes up and says, “Hey, whatever you did before, you’re a movie maker now. We need you to help make our films better.” That’s it, this expression of openness and need. Then of course they go to a daily meeting, where they show a clip of the previous day’s footage, and anybody in the company can speak up and make improvements to it.

There’s a basketball team [called] the Oklahoma City Thunder. On the first day, the general manager takes the players to the memorial from the 1995 Oklahoma City bombing, when 200 people died. They walk around the memorial together to give the players a better sense of this community and what they’ve been through. That connection, safety, openness, vulnerability, and then a clear hit of larger meaning—that would make for a pretty good first hour.

Somebody told me once that culture is the 15 feet around you. That is the area with the most high-density signaling that we’re built to take advantage of. That is kind of dispiriting on one hand, but it’s also kind of empowering too. If we can control this 15 feet and make everyone really connected, cohesive, and open, you can be quite a lever to make things happen, even inside a larger organization.

Launchpad Republic: America’s Entrepreneurial Edge and Why It Matters

What We Owe the Future
Most Read