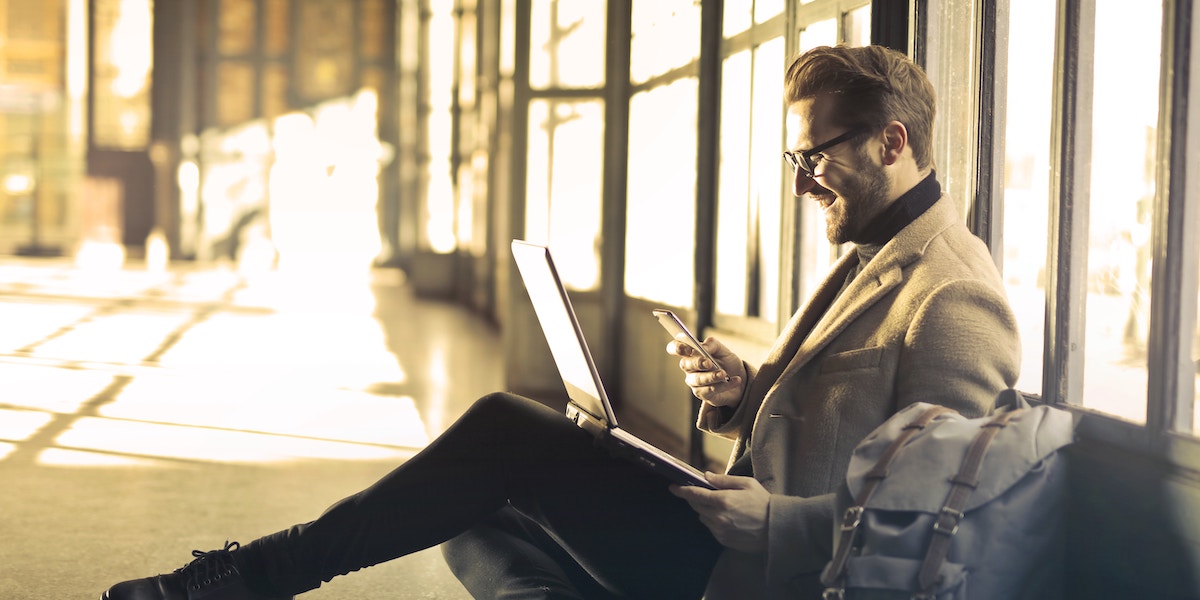 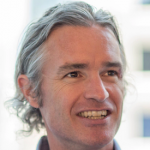 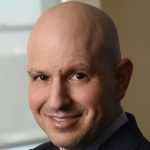 Geoff Tuff is a Principal at Deloitte Consulting LLP and a senior leader of the Innovation and Applied Design practices. Steven Goldbach is also a Principal at Deloitte, where he serves as Chief Strategy Officer. The two recently sat down to discuss why the old business playbooks aren’t working anymore, and offer more insights from their new book, Detonate: Why—and How—Corporations Must Blow Up Best Practices (and Bring a Beginner’s Mind) to Survive.

Geoff: You’ve been a strategist for a long time, and you’ve talked about sources of advantage. What’s happening these days with advantage?

Steven: Well, the long-standing advantages are getting disrupted by new technologies that make possible businesses that are an order of magnitude better quality, or an order of magnitude lower cost. For example, in the world of radio, you used to have to spend a lot of money to erect radio towers, and now with a few lines of code, you’ve basically got radio’s business model in Spotify, which is cheaper to distribute.

Or if you wanted to get a custom-made suit, you used to have to go to a tailor, right? That was your only option. And now you can use an app like MTailor to take a 3D image of your body and upload it, and then they’ll send you the same custom-made suit at a lower cost.

Technological advances are driving this movement from the known to the unknown. And how are organizations responding? They’re trying to apply the playbooks from the known world to the unknown world—and that’s the problem we’re trying to solve.
Remember the first day that you started your job? You probably sat down with your career advisor, and they said something like, “If you want to be successful at this organization, here are all the things that I did when I was in your shoes.” That was the recipe for success—“Do what my forebears did, and you, too, can be successful.”

The problem is, [as we transition into a world of] uncertainty, we start to get system failure. We’re seeing this vicious cycle where you put a business model out into the world and, all of a sudden, consumers don’t like it—it fails. And then the boss comes in and says, “Well, did you do what I told you to do? Did you follow the playbook?”

And then they start to do all the predictable things from the world of the known. They examine the data, they analyze, they try to understand what went wrong in their risk models. Then they put it back into the marketplace and, lo and behold, it fails again.

Now someone more senior comes in, and all of a sudden, you’re going towards a world where you’re [like] Blockbuster video, defining your business model as, “We’re in the store business, not the DVD-to-home business.”

“In everything you do, focus on human behavior.”

Geoff: No one’s going to change their company overnight, but you do need to instill a different mindset. There were four key principles that we identified in the course of our research, two of which have to do with thinking differently.

One is that at the heart of systemic change and getting rid of old playbooks is the notion that, in everything you do, focus on human behavior. No matter how digital companies become, the most basic economic unit of analysis is still human behavior. And I don’t just mean customers—it can be customers, employees, regulators, suppliers, or partners, but someone somewhere has to change their behavior in order for a performance curve to change.

And the [advanced] version of that is understanding: what is the accumulation of human behaviors that creates economic value for you? From the beginning of your value to the end, who are the human beings involved? And then say, “If we look at the entire system, which one behavioral change would have disproportionate value for us?”

If we spent our time saying, “What are the human behaviors we’re trying to drive?”, and then focusing our resources on actually achieving that behavioral change, that would lead to a completely different way of doing business.

One of the ways you [increase] efficiency is to find people who have been there, done that, or lived through that experience before, and have them bring their expertise to the table in order to make a decision. [Although] when you bring expertise to the table, you narrow the aperture in terms of possible solutions. [But not] if you bring a beginner to the table and say, “Go try to do this.”

Imagine the average startup entrepreneur, the digital disrupter—when they come to a challenge, they don’t say, “Jeeze, how do I execute on this using my legacy business system?” No, they say, “How would I do this better? How would I better achieve the behavioral change that I’m after?”

Steven: Right. If you think differently, you’ve also got to be willing to act differently. The thing that [professionals] need to do the most is [focus on] minimal viable moves. We took that idea from the world of product design, which often starts with minimal viable products, and extended it to almost any business decision that you can make: “How could you do something in a small manner that would [help you] learn about the human behaviors you’re trying to cause?”

Geoff: And you have to do it super quickly—just go out and try it.

Steven: Super quickly and super cheaply. Particularly if you’re in that uncertain world, you want to figure out to what extent you can change the behavior that you need to change. Can you do it? How much will it cost? You’re going out and constantly testing, consistently making minimal viable moves.

When I was at Forbes magazine, we wanted to corner the market on the CueCat, a device that [allowed] you to scan a barcode on a print advertising page, and it would take you to a webpage. We wanted to know if we could create more value for advertisers by creating more engagement, so we were going to be bold and send out a million CueCats to our subscribers. But the issue was the cost of the devices and mailing it to them—it was a good chunk of money.

This was the [year] 2000, and the CueCat was a wired device. You had to use it while you were plugged in to your desktop computer, and as it turns out, people don’t always read their Forbes magazine sitting in front of their desktop. They like to read it, say, on a plane, or a train, or the subway.

So it turned out our hypothesis was wrong—we couldn’t change the behavior. But that doesn’t mean that it wasn’t worth testing—it just means we didn’t need to send the CueCat to a million people. [We could have sent it to] just thirty, watched what they were doing, and figured it out.

“Whatever problem you’re facing, go figure out how you could design a test, or design something to try in the real world.”

Geoff: It sounds like the opposite of the old world, which is all about analysis. Don’t get rid of data completely, because you’ll still have some opportunities where it’s going to work. But these minimally viable moves are all about, “Let’s not spend time analyzing—let’s just go try it.”

Steven: Exactly. And to clarify, when we say that the data is no good, we mean the historical, syndicated data that [already] exists. We want to create new data by going out and giving our customers something to respond to in the real world.

So if the third principle is about making minimal viable moves, the fourth one is embracing impermanence. If you make a move today, you can’t be so wedded to it that you won’t be willing to blow it up later. The world is moving really fast, so [that move] is not likely to last forever.

It’s silly when people ask questions like, “If I stay [in this organization,] where will I be in 15 years?” We’d have to assume that we can [predict] the steps [of an organization’s evolution,] and that’s just no longer a relevant conversation. We have to be willing to embrace that we don’t know what might happen, and therefore, we should be more focused on the things that are working today, and what we can learn about the future.

What advice would you give to people who want to apply some of these ideas?

Geoff: The first thing to do, especially if you’re in a position of authority, is to ask different, better questions. Don’t ask about the return on investment, ask about return on behavior. We should care about financials, but forecasts should be based on observable outcomes in the market. So if I were to ask you, “Can you figure out what the return of driving this behavior versus that behavior would be?”, I bet you’d see significant change throughout the entire system.

What [advice would you give]?

Steven: I think you’ve just got to pick something and try it. Don’t overanalyze it. Whatever problem you’re facing, go figure out how you could design a test, or design something to try in the real world. We’re spending way more time trying to learn about something before we make a choice—instead, let’s decide today and see the response. That’s the best way to study something.