If You’re Tired of Being Interrupted at Work, Try This Technique 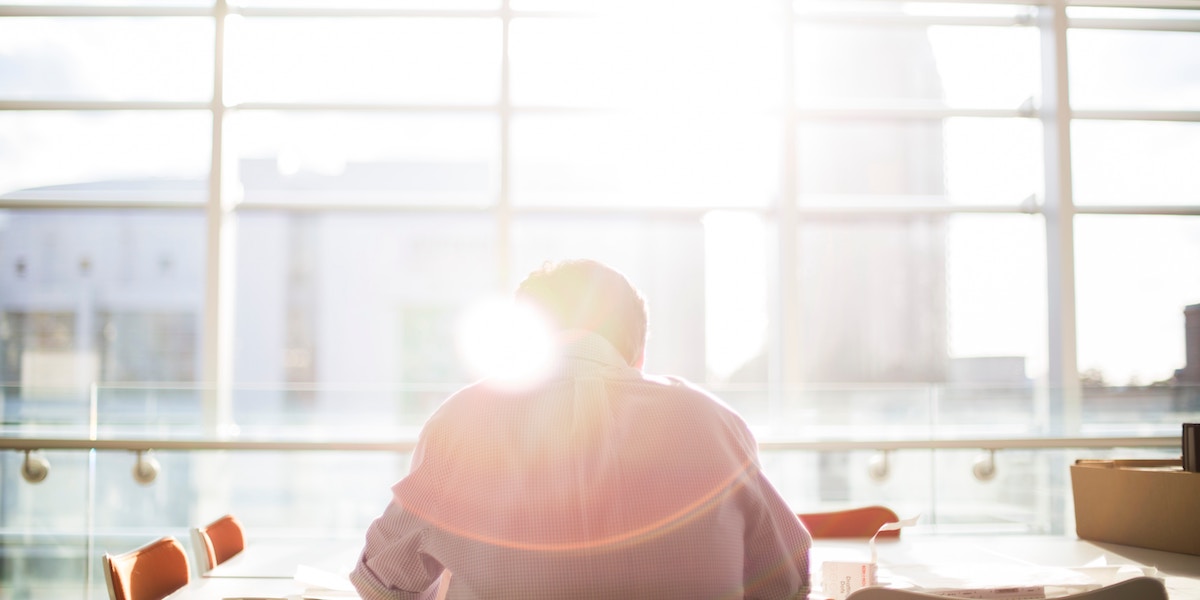 Bonnie St. John is a Paralympic champion skier, Rhodes Scholar, and author of seven books, including most recently, Micro-Resilience. David Burkus is an award-winning podcaster and the author of Under New Management: How Leading Organizations Are Upending Business as Usual. The two recently sat down to discuss a few key tips and tricks to help you get focused and get more done—both at work and at home.

David: In defining micro-resilience, you led with this idea that it’s how you respond moment-to-moment that can make all the difference in the world. Can we talk about water, and how important it is to high performance?

Bonnie: The research is extensive—students that drank water before an exam scored higher. Our brain is a higher percentage of water than the rest of our body. We might not even feel thirsty, but when your brain is getting that cloudy feeling, you know, “I can’t do stuff,” you’ve got to drink water.

When you’re under pressure, your habits go out the window. Are you drinking water when it’s most important to you, as opposed to just on a regular basis?

Exercise is another good example of micro versus macro. We’re trained to exercise three or four times a week to stay in good shape. But there’s research that says a little bit of exercise can make you smarter for hours afterwards. So in the past, I would have said, “I exercised hard yesterday, I’ll exercise hard tomorrow, but today I’ve got this presentation to give, and I’m just going to focus on that.” But when you look at this research, what’s going to help you right now? A small amount of exercise. One study [concluded that] 20 minutes of dancing, or 10 minutes of walking, helps you have better recall, make more connections, and generate more insights.

So now, when I need to finish a proposal or give a presentation, I’ll say, “I don’t have time to not do some exercise.” It’s that micro-application of an idea, water or exercise, applying it differently than the way we used to think about it.

“I don’t have time to not do some exercise.”

One of the things I thought was really interesting [in your book] is the importance of place, where you’re doing the work that you’re doing.

Bonnie: In Micro-Resilience, we talk about zones. It came about because the research on multitasking says that we really can’t multitask as well as we’d like to think. If you need any kind of accuracy, quality, or creativity, multitasking degrades that. So some organizational groups say, “Only answer your email twice a day, so you’re not being interrupted all the time.” I don’t know about you, but I don’t live in a world where I can answer my email only twice a day.

So we [have] this concept of zones. You have people walking into your office, you have text, you have emails—you’re bombarded with this river of information. A zone is like creating an island in that flow, and it can be placed at a certain time of day. I’m telling my staff, “Don’t interrupt me at this time.” But it could be a place, where you just shut your door.

It’s debilitating to have constant interruptions while trying to do quality work, [so sometimes] you’ve got to get away from everybody in order to have that focus. When you start adding more zones to your schedule, your productivity shoots up, and you feel better.

David: I’m totally with you. In Under New Management, I talked about a lot of companies that are creating this “pallet of places.” Whether you have an open office or closed office, people not being able to adjust their workspace for the type of work they’re doing is really the problem. What we need is the freedom to have variability.

Bonnie: That’s the way I work. I have a standing desk at home, and I actually put a treadmill under my standing desk. But I can’t work on that eight hours a day, so I have other places [where I work, like] my library. I have several different environments I work in, and you’re right, it’s a pallet.

The other part of it is communication. Part of the success of zones is that you have to communicate with the people you work with about your zones and how to use them. At what point should people interrupt you? Give people guidelines for that, and also give them why.

“If you need any kind of accuracy, quality, or creativity, multitasking degrades that.”

I was working with a group of nurse leaders, and as leaders, they wanted to have an open door for their people to come in. They hated shutting the door, so part of it was communicating why you’re shutting the door. One woman decided she would put a sign on her door that said, “I’m hard at work for you.”

Communicate, “I need some focus time to make sure you get paid,” [for example]. And if you’re doing that, people are going to appreciate it. You’re not just shutting the door to lock them out.

Another thing a woman did was to put a notepad on her door so that if you came to her door and it was closed, you left a note. And when she was done with her focus period, she could come out and see, “Oh I’ve got to go get in touch with George.” So communication about zones is absolutely critical.

And then recognize that other people need focus times too. It becomes a two-way street. A lot of people say, “I’ve got to be constantly available to my boss.” [So try] communicating to your boss, “Look, I want to do quality work for you. This is how I need to do it, and here’s how you can support me to get what you need.” You’ve got to sell that this is a better way to work.

David: After Under New Management came out, a company sent me a photo, and they had installed these little flags at everyone’s office door. Red was, “Do not disturb,” yellow was, “Knock,” and green was, “Come on in.” You could flip the flag based on what you needed, which did two things—one, it was a way to communicate. But it also gave people permission to talk about when they need to do what type of work.

Bonnie: Exactly. What I think we’re both writing about is redefining high performance. I grew up in a world of “Drive yourself until you drop.” You push and push and push until you fall over, and you go, “See how tough I am! I’m the best.”

Once I was at a cocktail party in New York, and I heard people talking about, “How do you make it look like you’re working late when you’re not? The old ‘leave your sweater on your chair’ isn’t good enough.” Somebody said, “I have an extra wallet that I leave on my desk, because then it looks like I couldn’t have possibly left without my wallet.”

We want to look like we’re killing ourselves, and that’s just crazy. What [you and I] are talking about is, “How do we create an environment that doesn’t make people want to look like they’re killing themselves, but actually do their best work, and not get mentally exhausted?” That’s the real challenge.

“The real high performers need the space to write their own rules.”

David: There’s a play from the 1960s called “How to Succeed in Business Without Really Trying,” and there’s a whole piece about how to fake that you slept in office. The guy comes in, and he spreads cigarette butts on his desk, and he puts his jacket on his chair, and he lays down because he knows the boss is coming in.

So that’s not new. The difference is we’re realizing that the real high performers need the space to write their own rules.

Bonnie: Yeah, and how do you manage people for real performance and real success? I think giving people a sense of purpose is really important too.

I was giving a speech the other day, and somebody asked, “How do you get [your employees] to hook into your purpose as a leader?” And I said, “Well, what is their purpose? What are the skills that they want to harness? What are their goals? When you tap into their goals, they’re much more likely to tap into yours.”

In Micro-Resilience, we talk about how to help people refine their purpose, and their vision, and their values. But then also, how to tap into that during the day. The “micro” piece is, “When you’re tired at three in the afternoon, can you tap into purpose to get some energy?”

David: I really enjoyed [your] definition of purpose as values and goals. When it’s clear where the vision is going, and it’s clear what the unifying values are, that’s a level that leaders can engage at, right? And the truth is, most leaders think they’re doing that, but they’re not.

David: That no one can recite.

Bonnie: That nobody can recite! I’ve often been coaching executives one-on-one and had this conversation—“When you set your quarterly or monthly goals, are you thinking about your values at all?” And they’re like, “Actually, no, we really don’t. We don’t process those together—we do them separately.”

“If you would feel bad explaining your solution to a 10-year-old girl in Africa, maybe you should rethink.”

It’s really powerful to talk with your team [about], “What are our team values, what are our team goals, and how do those match?” There’s so much more energy in that than going, “Okay, values are over here, goals are over there.”

David: I think you’re totally right. Enron has a fantastic statement of core values that’s totally irrelevant because their objectives were different. Most people think that they’re doing both by saying both, but it’s when you set one with the other in mind that you can actually achieve it. And most organizations still think that [making] employee and company goals align means aligning bonuses, [but] it’s deeper than that.

Bonnie: A great example is a friend of mine who was at the Gates Foundation. And you’d think, “You have billions of dollars to spend solving the world’s problems… How can you not have a sense of purpose?” But getting into the nitty-gritty, you’re dealing with warlords in Africa trying to solve a health crisis, and different governments, and red tape, and pharmaceutical costs, and you can lose your sense of purpose.

So there’s a way to pull the team back to the values while you’re solving a problem. And that’s very different [from having goals and values in different places].

David: I love that. There are a couple of companies that leave an empty space in the boardroom, and that chair represents the customer. I love that idea of reminding [people], “We’re not in charge—we serve this person. That’s our whole mission.” 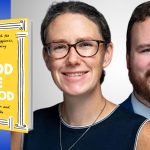 The Good Life Method: Reasoning Through the Big Questions of Happiness, Faith, and Meaning 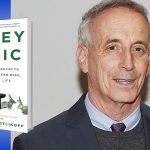 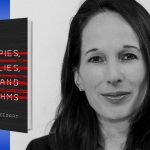 Spies, Lies, and Algorithms: The History and Future of American Intelligence
Most Read