Sheryl Sandberg On Why You Don’t Need a Personal Brand 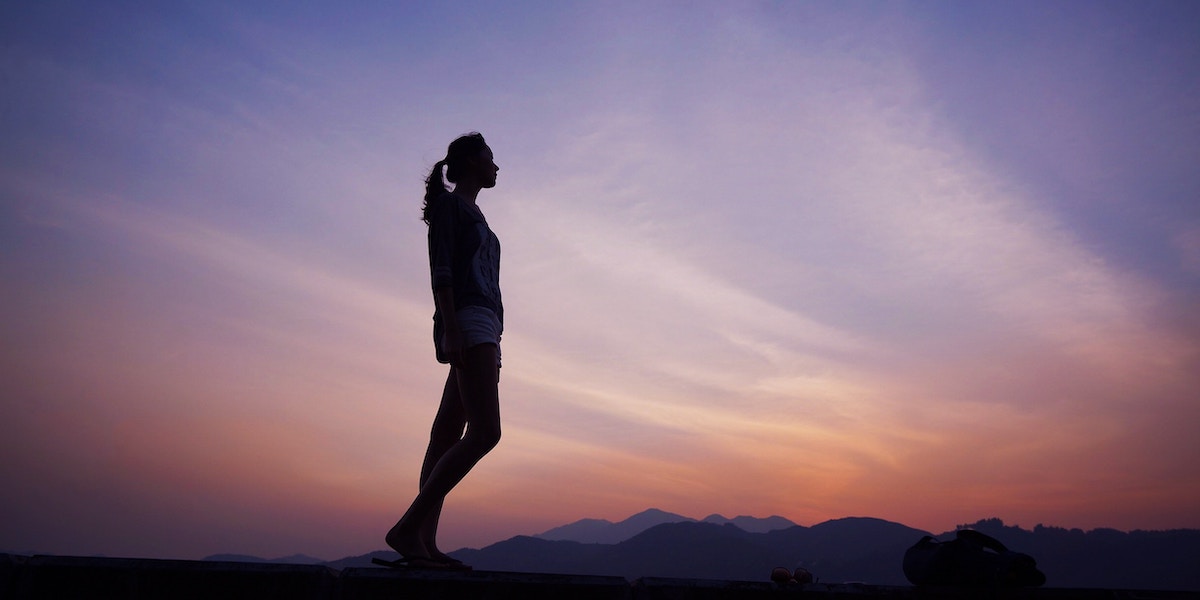 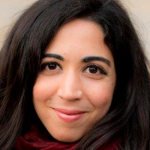 Adam Grant is a renowned Wharton psychology professor and bestselling author of Originals: How Non-Conformists Move the World. Sheryl Sandberg is the COO of Facebook and founder of the Lean In Foundation. Following the tragic death of her husband, she and Adam co-wrote Option B: Facing Adversity, Building Resilience, and Finding Joy. As part of the Authors@Wharton series, the two recently sat down to discuss how to acquire a mentor, how women can and should support each other at work, and why you don’t need to develop your own “brand.”

Adam: I’d never known you as a person lacking in confidence, but [when your husband Dave died], you said, “I don’t feel like I can do anything.”

Sheryl: I had read about grief, and so when the anger came, when the sadness came, I had heard about that. What shocked me was Dave’s death trashed my self-confidence. In writing Lean In and building the Lean In circles all around the world, I gave a lot of women advice on how to feel more self-confident, and I took that advice.

[But] I was now mothering two grieving children by myself, [and] I didn’t know how to do that. I went back to work, and I could barely focus through a meeting and not think about Dave, let alone contribute.

When someone at work was going through something hard, I used to offer them time off. I would say things like, “Don’t worry. Of course you can’t fully focus with what you’re going through.” But when people said that to me, that just proved what I knew, which was, “Oh my God, I can’t do my job. I’ve lost Dave, and I’ll lose my job. I’m going to lose everything.”

But Mark Zuckerberg said, “Oh, you would have made that mistake before.” It was actually very comforting. When I fell asleep in the first meeting of the first day, he’s like, “A lot of people fall asleep in meetings. But you made two good points today, and here’s what they were.” He built me back up. Now, when someone’s going through something hard, I offer them time off. I ask if they want the project taken off them, but if they don’t and they’re back, I say, “Do you want to do this? You’re great at this.”

Or I take the time to compliment the little things that might not have needed complimenting before, and that’s really important. When we think about helping people get through tragedy, it is comforting them and holding them as they cry and showing up at the hospital. [But] it is also building them back up, telling them they can do their job. Giving them permission to laugh and live.

Adam: Let’s talk about how to support women more effectively. In particular, can you talk to us about how to manage a personal brand?

The reason it’s not right is that products are marketed. “This is sparkling water, it is one of my favorites. It is put in a bottle that I really like with packaging I really like.” But people are not that simple. We’re not packaged. And when we are packaged, we are ineffective and inauthentic. I don’t have a brand, but I do have a voice.

“If you think you are building a personal brand, you will not have the career you want because you will not be authentic.”

Adam: Another topic you have strong views about: women get much less mentorship and sponsorship than men do, and you want to change that.

Sheryl: I mentor a lot of people that I’ve met through work. Three months in, one person comes to see me and says, “You’re really important here. I’d like you to help me.” I’ll try. But someone else comes and says, “I’ve been working here for three months or three years, and I think we got this wrong, or I think you’ve got this wrong, or I don’t understand why we do it this way.”

I’m much more likely to mentor the second person, because the second person just made a really good point. Or a third person picks up and solves a problem. Ask someone if they have a problem you can solve, and they will then wind up advising you.

Adam: There’s one little wrinkle in that [idea]. Every once in a while, I have a student come to office hours and say, “How can I help you?” And I recoil, because it feels like a violation of the professor-student relation. I became a professor because I want to be helpful, not because I want my students to help me.

Sheryl: Generic offers, [as discussed] in Option B aren’t as good. How about, “I think this case study can make your class better”? [Or,] “I think we would benefit if we did a project or survey, can I take the initiative?” That is being helpful.

Adam: Yeah, that works. Can you talk a little bit more about how women can help each other?

Sheryl: There is this myth that women don’t help other women, but I don’t think that’s true anymore. Women get less credit for the ideas they put forward. Women get less credit for the work they do. But jumping in and saying, “Mindy did a great job on that project” is a win-win. I look communal and helpful, and I’m supporting someone else. She gets the credit she deserves. We really can help each other.

It’s also an easy way to point out the biases which exist, [like] going to a professor and saying, “The women are getting interrupted more than the men.” Helping each other is a very good path to correct bias [and] build careers.

Adam: Over the past few years, I’ve had quite a few men, undergrads and MBAs, come by and say, “Look, I understand that there are supposed to be a lot of biases that hurt women, but I don’t think those exist today the way they used to. And I see all these CR people coming and creating special opportunities for women. It’s disadvantaging men.” And I just want to say back to them, “If you actually read the data, I’m convinced that there is not a single white man who in a lifetime will face the same kind of bias that the typical woman does in a week.”

“We have to recognize that a more equal world where people are given equal opportunity without regard to race or gender would be a better world.”

Sheryl: Particularly a minority woman. We know through the data that white men, particularly young white men, believe that the deck is stacked against them because there’s a lot of talk about diversity. If we’re actually biased, we’re doing it really badly. It’s hard to imagine there’s bias against male leadership with 95% of the Fortune 500 CEOs [being male]. [There were] 30% more first promotions last year for men than women, based on the most comprehensive survey done, the Lean In McKinsey survey. 30% more first promotions from men with the same tenure. If there’s bias the other way, it sure isn’t showing up in the data.

We have to recognize that a more equal world where people are given equal opportunity without regard to race or gender would be a better world. We would be more productive, our companies would be better run, our kids would be happier and do better in school. It’s better for everyone. This is not a zero-sum game.

Adam: I get a lot of students asking what I think of their 12-year career plan or the 15-year path they’ve mapped out. What would you say to those students?

Sheryl: When I was where you are, Mark Zuckerberg was in elementary school. If I had mapped out my career, I would not and could not be here. You need a long-run dream, and make it big and ambitious, particularly if you’re a woman, particularly if you’re an underrepresented minority. You can do anything that white men do. All of us. You can do anything.

Everyone is ambitious. It doesn’t mean you need to be CEO; not everyone wants a corporate job. But ambitious to make a difference in the world. To live your dreams.

Ask yourself what you would do long-run if you weren’t afraid, and then ask yourself, “What am I doing in the next year or two to get there?” It is a great idea to map that out.

And it’s not just what you’re going to do and what’s going to go in your resume, something people worry about too much now. It’s “What skills am I going to learn? What am I bad at that I might need to get better at?” Don’t build the perfect resume, no one buys those anyway. Give yourself the opportunity to fail and to do the stuff you don’t think you can do yet, because you’re going to need [that] later. Map out the next year or two of skill building, of investing in yourself, and do not try to connect the short-term plan [to] the long-run dream. You will miss opportunities, [like] Facebook.

Careers are a jungle gym, not a ladder. Move sideways and backwards, be willing to try new things, but don’t tie yourself up in knots building the perfect resume or the perfect long-run plan, because it will hold you back.

“Ask yourself what you would do long-run if you weren’t afraid, and then ask yourself, ‘What am I doing in the next year or two to get there?’”

Adam: Can you tell us about how you would go back and live college or business school differently?

Sheryl: Yes. A few weeks ago, my son’s basketball team lost the playoffs. All the other little boys were pretty upset, and I said, “Are you okay?” He was [like], “Mom, this is sixth grade basketball. I’m fine.” But what he was saying was that his friends hadn’t lost their father, so they thought it was a super big deal.

I am sure there are students that super-big-deal things are happening to. Some are losing parents, some have cancer, some are facing life-threatening illnesses. But the rest of this stuff… Please [have] some perspective. I promise it is not going to matter to your career if you are elected president of whatever club you are forming.

Most of everything I worried about in college and business school was silly, and that doesn’t mean I’m trying to belittle it. I’m really not. I know the breakups are real. Working hard on classes is real. It just doesn’t have the importance I thought it did, and perspective would have made me understand it better and deal with it better.

Adam: In closing, I wonder if you could share your wishes for the audience.

Katie Couric interviewed me on Sunday, and she said something pretty profound. She said everyone’s terminal. You only have so many days left, and none of us know how many there are. Worry less. Live more. Love more.