The Perks of Being an Older Adult 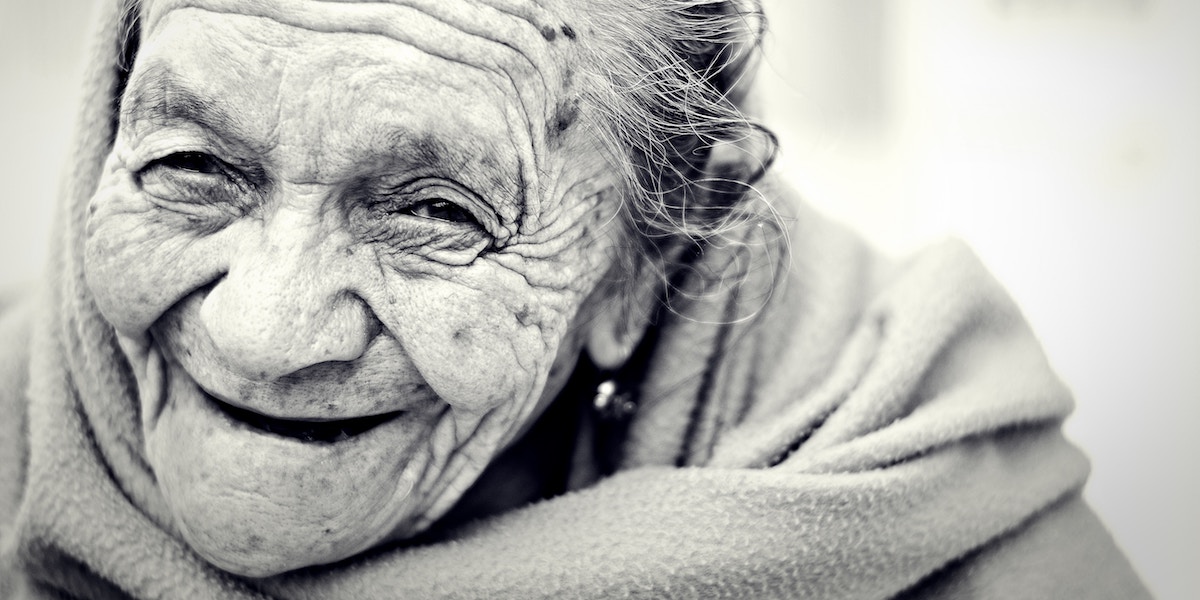 Christina Pierpaoli Parker is a fourth-year graduate student in the Clinical Geropsychology doctoral program at the University of Alabama, where she researches chronic illness, psychological health, and perceived usefulness in older adults. She also writes Eng(aging): A Millennnial’s thoughts on age and aging for Psychology Today. University of Pennsylvania psychologist Scott Barry Kaufman recently hosted her on The Psychology Podcast to discuss why getting older can be a wonderful thing, and how we can help our older friends and family get the most out of their golden years.

Scott: It seems like you don’t really have a fear of aging. Is that right?

Christina: I have a curiosity about it, but I think to deny the anxiety around aging is dishonest. It’s inevitable, and it does require contemplation. I argue that the earlier and more often you think about your aging and your own mortality, the more gracefully you will live your life.

I think young adults have the permission to “develop” and “mature,” and for some reason, older adults have to “age.” That language is very interesting. When we say that people are aging, we’re confining them to this sort of cul-de-sac where they cannot emerge towards new and exciting potentials. And yet, younger people can develop and mature, which suggests that there’s room for growth and expansion. I think that is a subtle linguistic way through which we propagate our fear of aging.

I am not afraid of aging because I think about it, and because I am exposed to older adults all of the time. Through mere exposure, we are able to deconstruct our anxieties and stereotypes about out-groups.

Scott: Yeah, that’s a fundamental lesson of life. The more you expose yourself to people that you fear or that seem different from you, the more you realize they’re really not as different as you think.

You know, I work in the field of positive psychology. You can almost see a field called “positive geropsychology.”

Christina: Yeah. Laura Carstensen is an esteemed geropsychologist at Stanford University. She is actually credited with conceptualizing the idea of socioemotional selectivity, which is the idea that as time horizons decrease among older adults, they are more likely to cognitively bias positive experiences and stimuli. They realize that time is a scarce resource, so how are they going to spend it? Worrying? Seeking out the approval of their peers? No, they’re going to spend their time fostering relationships, exploring new things, creating meaning. What we see is that among older people, their social networks begin to get smaller because they become more discriminating in the relationships they maintain. If the relationship is negative or draining, they prune it out.

Scott: That’s so interesting. Have you looked at this with the social dynamics of nursing homes? Like, if you’re like 90 years old and there’s someone you don’t like, you’ll just say, “Screw you,” right? I mean, what do you have to lose?

“The earlier and more often you think about your aging and your own mortality, the more gracefully you will live your life.”

Christina: Exactly. The spirit of the argument is essentially, “I don’t have time to waste on nonsense. My life is short. I ought to be doing things that make me happy and add meaning to my life, things that are substantive and exciting, not draining and superficial.”

Scott: There’s a unique meaning-making that happens towards the end of your life. What are some of the issues that older adults face that younger adults do not confront head-on?

Christina: There are some obvious differences that we need to recognize. For example, your body changes. You become more disabled with time. Older adults have to cope with arthritis, chronic disease, pain, macular degeneration, hearing loss. These are the things that not only affect them physically, but also affect them socially. If you can’t hear your loved one, or if you can’t see anything, you’re less likely to engage. These are things that older groups tend to have to manage more often and more seriously than younger people.

Another unique struggle is changes in cognition. For example, older adults tend to have poor working memory. As people age, their fluid intelligence tends to decrease.

Even though there are these losses in certain domains, we have to recognize that there are gains. Cognitively, for example, older adults will school you in terms of crystallized intelligence, in terms of understanding the world, facts, semantics, wisdom, experience, vocabulary. There’s no competing with older adults there.

And in general, we get happier as we age. There is good research to suggest that being a 20-something or a 30-year-old is actually really uncomfortable, because it’s wrought with financial insecurity, relational instability, vocational ambiguity. As you get older, your relationships are more solidified, you are more financially healthy, you tend to have a better understanding of yourself and of your preferences. And again, [there’s] the idea that time is scarce, and you really need to be discriminating in the experiences that you’re indulging.

If I may ask, how old are you?

Scott: I ask this because I want to ask you, what is your subjective age?

Christina: Yes, I knew you were going to do that. I am very interested in subjective age, or felt age. It varies. How old do you feel right now?

Reading your blogs, you say you feel older. I bet you feel my age.

Christina: I think I’ve felt older my whole life, you know? I’ve got an old soul.

The literature suggests that subjective age increases when your health is poor, so there’s an inverse relationship between your subjective age and your physical ability, for example. [So] subjective age is an important index of someone’s health and well-being.

For example, if you ask someone, “How old do you feel?” and they say, “Well, I feel 95,” and they’re 30, that means something. What I am finding [in a study] is that feeling older, or endorsing feelings of oldness, was associated with more daily fatigue, sadness, and physical symptoms. I’m not exactly sure what it means right now, but it is interesting. Conversely, feeling younger than one’s chronological age was associated with more positive outcomes, like energy and positive affect.

Scott: There’s subjective age, chronological age, and then can I throw in a third one?

“In general, we get happier as we age.”

Scott: Yes, that would be a very interesting prospect. A while ago I wrote an article called “Confessions of a Late Bloomer”, which is about extended lifespan and why there’s so many more opportunities to even change fields later in life. I mean, if I knew I was living to 120, I’d pursue my lifelong dream of being an opera singer. I’d start that at 90 and have a good 30-year career.

Christina: And that’s one of the benefits of getting older, this sort of benevolent irreverence, disregarding what other people have to say or what they think about you. Because you have to be discriminating with this very valuable resource that you have, which is your time. It’s not uncommon for a lot of older people to pick up a new hobby or to completely shift vocations when they get older, for that reason.

Scott: Another area that you study is how feelings of usefulness to others in later life predict active vs. passive coping strategies with chronic pain. Could you tell me a little more about that?

Eva Kahana is a sociologist at Case Western, and her work has been incredibly influential on me. She posits that we need to start adopting a more provision-based attitude towards aging, the idea that older adults can contribute and have the ability to contribute in meaningful ways. The idea of usefulness is really interesting because we are finding that providing social support, rather than just receiving it, accounts for more variance in health outcomes. There was a study done, and essentially the question was, what’s better for people, giving social support or receiving it? Among older adults in this particular study, providing social support accounted for more variance in positive affect and health than receiving it. There’s evidence to suggest that giving too much to older adults creates a dependency-based idea that actually makes older adults less able and less healthy.

It’s funny, I was talking to my father after he had gotten rotator cuff surgery. It must have been a few days after his surgery. I called to check in on him, and I was like, “What are you [up to]?” He’s like, “Oh, I’m doing my exercises.” I’m like, “Already? You just got the surgery. That’s incredible.” He said, “Well, your mother needs me. I’ve got to be useful around here.”

I had heard that many times before, but in that moment it just struck me. It’s like, “Yes, to what extent does feeling needed actually motivate us to engage in behaviors that are healthy and adaptive?” That question is particularly interesting in older populations, because they are constantly bombarded with messages of the opposite: “You aren’t useful, you can’t do anything, you are sucking up resources.”

If we could leverage the idea that older adults have skills and experiences and resources that make the world better, how could we use that to make their lives better and healthier? What we found in this study was that adults who endorsed feeling more useful to their friends and family were more likely to adopt these active coping processes with their pain: problem-solving, exercising, doing research, staying busy. That’s a very exciting idea.

Scott: Very exciting indeed. Can you explain what a passive coping strategy would be?

Christina: A passive coping strategy is essentially anything that you employ to psychologically distance yourself from the thing that is bothering you. For example, if you just failed an exam, a passive coping strategy would be to wishful think, “Oh God, I wish that hadn’t happened,” or to ignore it, to tell yourself that it didn’t really happen, or just expressing negative affect: “Oh God, this is terrible.”

An active coping mechanism would be something like going to office hours, or studying more. Putting that in terms of pain in gerontology, we found that people who were experiencing knee pain who felt more useful were more likely to do the things that were healthy, like engage in exercises and get some information about their disease.

“Modern paradigms of aging are embracing the idea that older adults are not passive consumers. They are actors with agency and meaning and purpose, who can and do contribute.”

Scott: Another factor that seems to be important is loneliness. It’s one of the biggest silent killers.

Scott: Is that intertwined with needing to matter?

Scott: That makes so much sense. It’s also a little sad.

Christina: It’s very sad. And it’s synergistic, right? Because the less socially engaged you are, the less positive experiences you’re accumulating, which creates more depression, which creates more isolation, which then creates more physical disability. It’s just a terribly vicious cycle, and it’s part of the reason why we need psychosocial interventions committed to this idea of usefulness to interrupt that cycle. 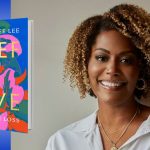 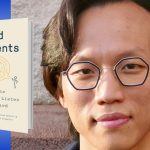