Why the World Needs More Introverts 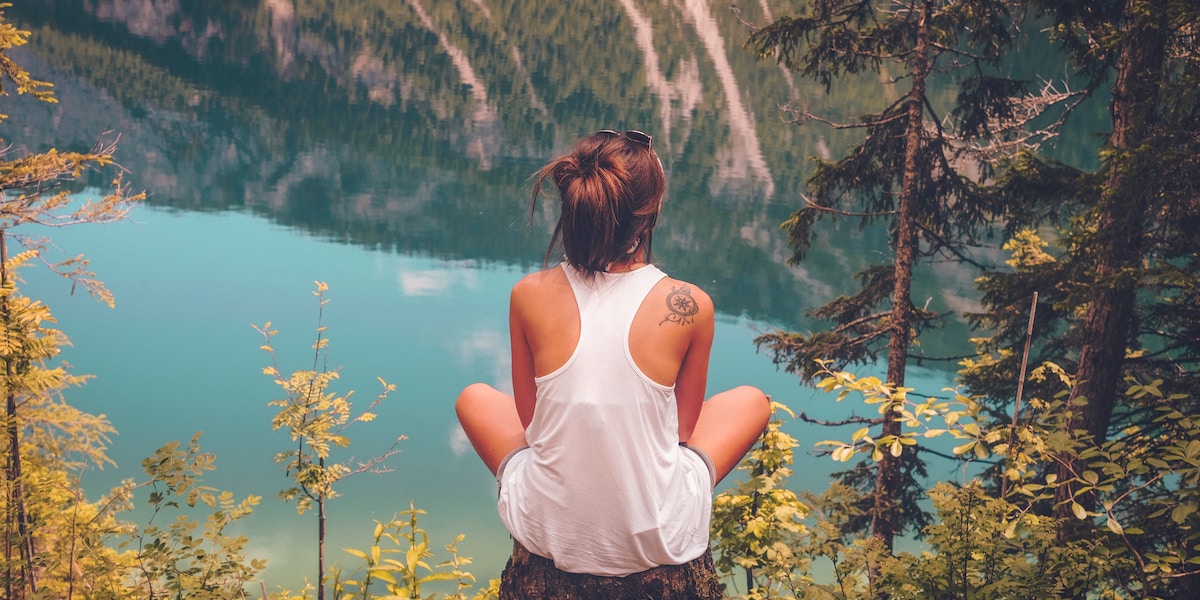 Susan Cain is the author of the #1 New York Times bestseller Quiet: The Power of Introverts in a World That Can’t Stop Talking and is the co-founder of Quiet Revolution. Isaac Lidsky is a speaker, entrepreneur, and author of Eyes Wide Open. He recently hosted Susan on Mastering Your Reality to discuss the surprising qualities our culture really values, why introverts are so misunderstood, and how we can create a more introvert-friendly world.

Isaac: You recently wrote an awesome piece called “Followers Wanted” for the front page of the New York Times Sunday Review section. You paint a picture of a society that values status more than substance and creates young adults who want kudos more than they want to make contributions. I wonder if you could tell us a little bit more about what you see.

Susan: That piece came out of a problem that I started to see with the college admissions process, but it reflects a larger problem in society. There’s so much focus in the admissions process on, “What are your leadership activities?”

Susan: Exactly! You talk to teachers and guidance counselors and they’ll tell you that kids are jockeying to be the leader of this or the leader of that, and they don’t necessarily have a feeling of affiliation or commitment for what they’re doing. But they’re under this tremendous pressure to distinguish themselves in this way.

And that’s a problem because it’s disconnecting us from what our true interests are. You hear so many stories of kids who would be, say, really passionate about computer programming, but they feel like, “Well, I shouldn’t do that, because I should be spending my time trying to be the head of the Peer Council.”

I think leadership is an incredibly important skill, [but] it’s not the only important skill. It also matters to be a good follower. And it’s not only about wanting a society that also values followers, but in addition, values people who go their own way. That’s an incredibly important part of the population that we’re not paying enough attention to. The people who don’t necessarily want to lead, they don’t necessarily want to follow, but they want to contribute by doing their own thing.

Isaac: This is more the “march to the beat of their own drum” kind of thing?

Susan: Exactly. It’s funny, because we sometimes criticize ourselves for being an overly individualistic culture, but we’re not exactly. We’re a culture that values everybody being a chief, and that’s a different thing.

Isaac: One thing that really jumped out at me was that you challenged us to take a look at what we value. You made the point that if this is truly what we are going to decide, as a society, to value, then so be it, but let’s do so with awareness and intention.

Susan: Let’s admit what we’re doing. Because there’s a lot of lip service paid to “We want caring people, we want people who want to contribute for its own sake.” But when you look at what we’re actually valuing at the end of the day, that’s not it.

Focusing for a minute on the college admissions process, you end up valuing the applicants who are on a path to wealth and power. And [if] that’s what we value, okay. But let’s say so, because then we can honestly consider it and critique it. It’s much worse to do that but then say, “We want caring citizens.”

From the point of view of the colleges, I think they honestly believe that they’re looking for caring, concerned citizens. Colleges are in a terrific bind with this deluge of applicants, and it’s hard to distinguish one from another, so invariably you look for the people who have distinguished themselves by becoming the president of this or that. I don’t think it’s so much a problem of the colleges’ intentions as it is of where we all are. This is a collective problem.

Isaac: On the personal level, that feeds right into the immense toll that this can take on our quiet souls. You’ve talked a lot about your personal experience. One of the things you’ve written about that really spoke to me is the self-negating choices that you made in your life, in your youth, as a result of this barrage of cues from society. Could you talk about that?

Susan: Sure. I got the message from a very young age, as most children do in our culture, that you were supposed to be an alpha person. “Go get ’em, take charge!” That’s not the kind of kid I was. I was a kid who really liked reading and writing. I always liked to play with my friends one on one.

You got the message that, “Maybe that’s okay when you’re a kid, but you’d better grow up and learn how to really deal out there.” I ended up becoming a Wall Street lawyer for almost a decade. It took me until I was in my early thirties to come back to writing, which was the thing that I had dreamed of doing since I was four years old. Because you’re told, “That’s not practical. It’s not who you really should be.”

And I grew up in a family that actually did celebrate a more quiet and scholarly view of the world. This wasn’t even coming from my family. For many children, it is. Many children are growing up in families where they’re subtly or not subtly sent the message that there’s something wrong with their own natural tendencies.

And sometimes, it’s as simple as a kid who really wants to spend hours at a time chilling at home, and doesn’t want to be running around to 17 different activities. And there’s so much pressure that we all believe that having 17 activities is the life the child is supposed to live in order to prepare them for the adulthood that they’re supposed to live.

“We sometimes criticize ourselves for being an overly individualistic culture, but we’re not exactly. We’re a culture that values everybody being a chief.”

Why do we have to do that? What’s wrong with chilling out for hours at a time if you’re a kid? There’s absolutely nothing wrong with it. I notice, as a parent, there’s a kind of pressure that we all feel, like, “You’d better be exposing your child to as many experiences as you possibly can, so that they can have as much as their peers do.” It’s just all upside down.

Isaac: I couldn’t agree more. We try to instill in our kids the importance of discovering who they want to be and what value and success and fulfillment look like for them. And then, we dump all these “shoulds” on them. “Should do this, should do that. Should be here, should be there.” It’s difficult, but it’s worthwhile to pull back and realize that.

We’ve talked about the problem, now let’s talk about the solutions. I’d love to know what it is that you are teaching these Quiet Ambassadors, particularly in schools, to develop leaders of service instead of leaders of status?

Susan: What we do is we go into schools and identify teachers and administrators who are interested in the mission of the Quiet Revolution: harnessing the talents of the introverted half of the student populations, and getting the introverts and the extroverts to understand each other better.

We work with teachers and other leaders inside the schools, teaching them tools and techniques that they can use to talk about this stuff with their students [and] fellow teachers. We’re training them to become ambassadors so that the whole revolution grows organically, and it doesn’t depend on any one person.

We’re giving them personality tests that they can give to their kids, so the kids start talking about, “Yeah, I really like it when I get to read for 20 minutes before we have a big group discussion.” Things like that so it becomes a part of everyday language. That can blow away those self-negating tendencies that people have.

Isaac: The power of narrative. We create our realities.

Susan: And the power of communication. I’m thinking of one girl in middle school who talked about having been kicked out of her friend group because she was going off to the library every day at lunch. This is just what she needed in order to recharge, but her friends took that as a sign that she didn’t really like them and was rejecting them. They ganged up on her and ejected her from the group, saying, “Unless you start hanging out with us at lunch, you’re out.”

If they had been walked through all these temperamental preferences, that whole misunderstanding never would have happened.

Isaac: I love it. A big part of the problem is the assumption that leadership equals extroversion. There are introverted leaders who are among the best.

Susan: Absolutely. Study after study finds introverted leaders delivering better outcomes than extroverted leaders. But both can be really good, and the data prove it. And yet there is this assumption that we all have, deep down, that the ideal leader is that charismatic, alpha person. And it’s just not necessarily true.

Isaac: You spent seven years writing Quiet. What was that process like for you?

Susan: It was kind of blissful. I left law in my early thirties, [and] before I started working on Quiet, I was just writing stuff in general. I worked on a memoir that I did in a prose version and also a poetry version, and I wrote a play. I wrote all this different stuff that I never really tried to publish.

And then a few years into this writing process, I started working on Quiet, and I knew that was the one that I wanted to put out into the public. I loved working on it. It took [seven years] partly because I was giving birth to my kids during that time, and partly because I turned in a first draft about two years into the process, and my editor basically told me it was really crappy.

She was totally right, and I knew it. She said, “Go back and start from scratch, and take all the time you need.” You might have thought that I would have left her office completely dejected, but I was [practically] clicking my heels in the air. Because I knew that I needed that extra time, and you’re not usually given that in publishing.

Susan: Thank you. I think it’s really hard to do something well without doing it deeply and thoroughly. I recognize that you can’t spend seven years on most endeavors. Life has to march on, but it’s not true that it’s always best to move fast.