1.6 Million Students and Counting: How Barbara Oakley Cracked the Science of Learning 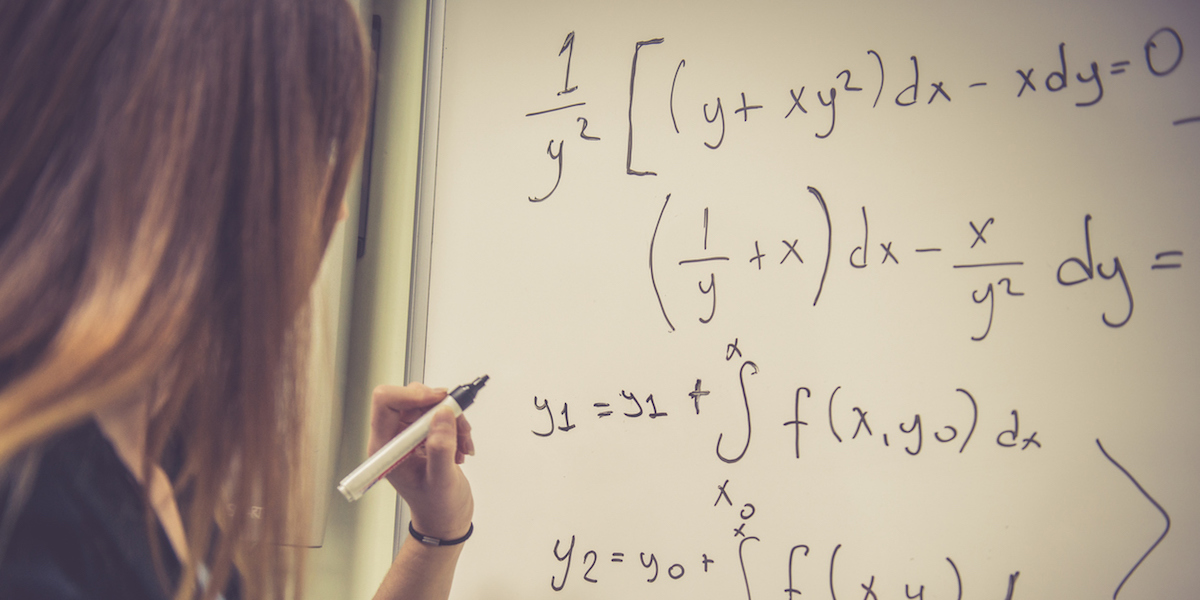 Barbara Oakley is a professor of engineering whose research involves bioengineering with an emphasis on neuroscience and cognitive psychology. She also teaches the world’s most popular online course, “Learning How to Learn.” Isaac Lidsky is a speaker, entrepreneur, and author of Eyes Wide Open: Overcoming Obstacles and Recognizing Opportunities in a World That Can’t See Clearly. The two recently sat down to discuss how Barbara literally wrote the book on learning, and how to break through the limitations we set on our own potential.

Isaac: Your book about learning how to learn math and science was born of personal experience. Can you share that?

Barbara: Yes, I flunked my way through elementary, middle, and high school math and science, and I just knew I could never do math and science. So I enlisted in the army, because I thought, “Well maybe I can learn another language and get paid to do it.” I learned Russian, and I ended up working on Soviet trawlers up in the Bering Sea.

I realized that I’d inadvertently boxed myself in. I hadn’t broadened my professional expertise, and there isn’t a lot of [demand] for people whose sole professional expertise is the ability to speak Russian. When I got out of the military at age 26, I decided to see if I could retrain my brain and learn math and science.

Isaac: You said you knew that you couldn’t learn math and science. It’s one of those self-limiting assumptions. What changed in your mind? How did you make that change to say, “You know what, maybe I can?”

Barbara: Two things. Number one is, when you’re in the military, you don’t have much say on what you can do in your career. You get sent to where you’re sent to. You work for who you’re told to work for, and you don’t have much flexibility. I didn’t ever want to be in that situation again. I wanted to call my own shots in my career, and if you are very limited in your career options, it’s tough to call your own shots and be flexible.

Then the other spur was along the lines of, “You know, if I could learn a language, isn’t math kind of like a language?”

Barbara: What surprised me was when I started applying the ideas that I previously used to learn a language, to learning math and science, they worked. Now I understand it’s because I was calling on the same underlying neural approaches, the best approaches to learning.

Isaac: As a math major and a computer science major, I love it. I agree with you, math is in many ways a language. Tell us a little bit about the bestseller that you wrote on the subject.

Barbara: One of my students found out about my sordid past as a math flunkee, and he said, “How’d you do it?” I sent him a little email about it and then I thought, “You know, I should write a book about this.” So I wrote the manuscript and called it A Mind For Numbers: How to Excel at Math and Science (Even if you Flunked Algebra).

Then I went to RateMyProfessors.Com and picked out the top 3,000 professors—in engineering, mathematics, chemistry, physics, English, and psychology—and wrote to them all and said, “Could you read my manuscript and give me any insights?” Shocking percentages of them said yes, and they came back with some really incredible insights.

One of the ones that struck me the most was that the best professors, particularly in the STEM disciplines, use metaphor and analogy to convey the difficult ideas. By using a metaphor, you can convey an idea in math and onboard somebody quickly, and then you can get into the math.

More mundane teachers often say, “Well, that’s dumbing things down, to use a metaphor. You should just go right to the math.” They don’t understand that mathematical equations themselves are simply metaphors, and that Neural Reuse Theory shows us that when you understand something using a metaphor, you’re actually activating the same neural circuitry you need to understand the in-depth concept itself.

I communicated these ideas about using metaphor, using the different modes with which your brain operates, in order to help people understand how to learn more effectively. And also things like, if you don’t understand something the first time you sit down and try it, welcome to the world of mere mortals, like the rest of us.

“The biggest limitation is often just your own thoughts that you can’t do something.”

Isaac: Absolutely. Now, am I right that you teach an open course to 1.6 million people?

Barbara: Yep, we’re getting close to 2 million now. The course is called “Learning How to Learn.”

Because of this one little course, made for less than $5,000 in my basement, I was invited to speak at Harvard. I thought, “Oh my word. Here I am, this little Midwestern engineer.” I was so nervous, and I walked into the room, and it was packed with Harvard, MIT, Kennedy School faculty and staff. My course had the same number of students as all of Harvard’s MOOCs [Massive Open Online Course] put together, made for millions of dollars with hundreds of people. There are many more possibilities than you might think in what can happen in your life.

Barbara: What I talk about in that book is how to make major shifts in your thinking. It often involves learning something new, grasping something quite different, and as with me, the biggest limitation is often just your own thoughts that you can’t do something. There’s a lot that you can do. In fact, a lot of times, you feel totally incompetent compared with everybody else in whatever you’re moving into, but the reality is that your past, which is [often] very different from what you’re trying to move into, can actually be an asset in many unexpected ways.

This conversation has been edited and condensed. To watch the full version, click here.