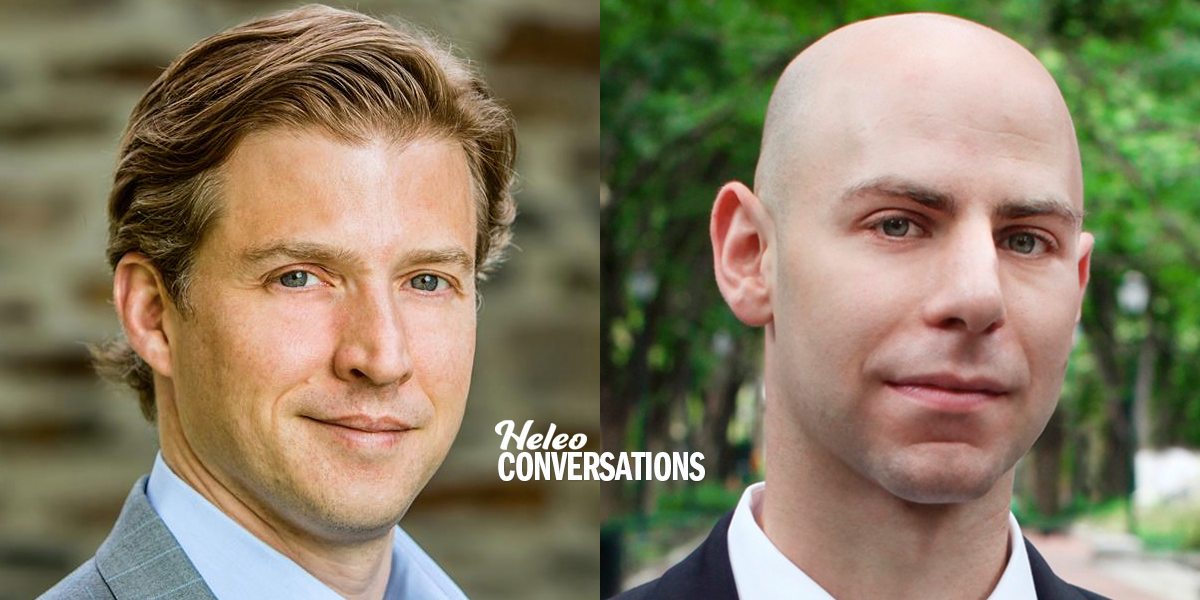 At this year’s Aspen Ideas Festival, leaders and thinkers from around the world came together to discuss the issues and challenges that are shaping our future. There, Adam Grant, bestselling author of Originals and Give and Take, met with Alec Ross, former Senior Advisor to Secretary of State Hillary Clinton and author of The Industries of the Future. They discussed givers and takers in politics, the legacy of Bobby Kennedy, and how to tell whether a politician is in it for the right reasons. Below is their conversation (edited for clarity).

Alec Ross: Let me start off with asking you a really basic question. Could you do a quick framing of “givers” and “takers”?

Adam Grant: To oversimplify big time, I think of givers as people whose default is to say, “What can I do for you?” In every interaction they’re trying to figure out, “Can I share?” “Can I make an introduction for you?” Providing lots of mentoring and trying to elevate other people. Takers are the opposite. It’s all about, “What’s in it for me? How do I get ahead in terms of power, wealth, status, and make sure that I don’t have to do anything that doesn’t maximize my own immediate self interest?”

Alec: You parsed this further where you talked about people who were agreeable or disagreeable. How it’s not just a simple binary whether somebody is a giver or taker, but there’s more nuance to it, and that nuance actually throws us off when we’re evaluating people.

Adam: I always thought that givers were the agreeable, nice, friendly people, and takers were much more disagreeable, but it turns out there’s no correspondence between those axes. Agreeable/disagreeable is just how pleasant is it to interact with you, whether you seek harmony or you’re more combative and conflict-oriented. Whereas giving and taking are about motives that are hard to see. The disagreeable givers among us are the most undervalued people because they challenge us to try to help, and the agreeable takers are the most dangerous because they’re the fakers.

Alec: Let’s bring this to my world. You’re a professor at Wharton dealing with this typically in the context of business. My business over the last many years has been geopolitics, the exercise of political power around the world. Do you have a view of politicians as it relates to this theory? Are they all takers? Are there a few of them that are givers? How does this theory work in the broader context of politics?

Adam: I’m an outsider to this world, so I’m wearing my organizational psychologist hat and looking at the behavior I see, and trying to make some educated guesses. What I think is likely is a lot of people are drawn to politics because they have giver values. They like that it’s a public service. They want to help their community or their country, it feels noble and meaningful to them. Then they get into politics and discover that you have to get votes and contributions in terms of fundraising.

Adam: Yeah, they have to learn to act more like a taker or at least like a matcher trading favors, “I’ll do something for you if you do something for me,” in order to get into office. Then the question is do they have a chance to shift back into giver mode or have they lost their values? Have you seen that happen before? Do you see givers learning to become takers?

Alec: I absolutely have. The caricatures of Washington D.C. exist because they’re true. What oftentimes happens is you get these 22, 23, 24 year-olds coming to Washington brimming with idealism. They go to work for a member of Congress, for some part of government, and they are fueled by nothing but the beliefs that they developed while they were in college. After a couple years, though, they get caught up in the hierarchy of Washington, and they recognize that the way for them to execute their goals is through the accumulation of power, and the way that you accumulate power is to extract it. Even if somebody is very much a giver, the most successful among them will adopt taker techniques.

Suddenly you see the idealism wane. The best of them remain givers. They are fueled by their desire to make their communities happier, healthier, wealthier, and they learn the art of politics, whether it’s being a taker or a matcher, but they do it with being a giver at core. There’s this descent that people are oftentimes in, in their 20’s and certainly into their early 30’s, where they forget where they came from, and this aspect of the taker reasserts itself. The best of them are able to combine an understanding of how you exercise geopolitical power while keeping a giver core.

I’ve seen a few exceptions to this. Especially people who are born into politics, oftentimes come into politics thinking exclusively in taker terms. It’s their industry, it’s how they make money. The Kennedys, for example. Joseph Kennedy was this Wall Street bandit who became the ambassador to the Court of Saint James, the ambassador to the UK during the second World War, and all of his children were brought into the family business of politics. Bobby Kennedy, we now put a halo over his head because at the end of his life he exemplified the values of a radical giver. I think that he actually arrived at that after decades of having been a ruthless taker.

Adam: What makes you think he changed? What do you think caused him to?

Adam: It’s so interesting. I once wrote a paper about this, about how loss or even just mortality salience causes people to take a step back and reexamine their values. For some people it leads to severe anxiety and causes them to disengage. For others, particularly when they lose someone close to them, it makes them think about their legacy and making others proud and contributing something that lasts. The term for it in psychology is generativity, which is about not just being a giver but specifically dedicating your giving toward future generations. That’s exactly what you see a giver doing in politics — saying, “Look, I have got to make this country better for the next generation otherwise we are all screwed.”

Take this to the present day. You were a lead innovation advisor to Hillary Clinton as Secretary of State, and within every party there are takers and givers. How do you know when somebody is doing the taker behaviors that they feel they need to get ahead, but keeping their giver values? Versus somebody actually very selfish, and you say, “That is a person I will not trust”? What are the differences?

Alec: First I would make the point that this isn’t partisan. I don’t think that Democrats are givers and Republicans are takers. That’s not the way this lines up. There are givers and takers in both political parties. What I would say is what happens when the red light goes off. What happens when people are outside a given political conflict or given political opportunity? In the quiet moments, you can see them for who they really are. If they still demonstrate taker tendencies, then that to me indicates who they really are. There are people who give the public appearance of being great givers but are really takers at their core. In fact, they use the appearance of compassion or empathy as just another way of taking. In other cases, you see really tough people who are working at the CIA, the Defense Department, people who have ice water running through their veins, you can see in the quiet moments why they seem so tough. It’s because they do deeply believe in what’s propelling them in these jobs.

Adam: What does this mean for all of us who have to make local election decisions? You don’t always have access to what they’re doing when no one’s watching. Are there tell-tale signs you’ve picked up as you look at somebody on the campaign trail or pay attention to their speeches that might give you a few clues?

Alec: The number one thing for me is parenting. If you can find out what kind of parent they are, or what their relationship is with their kids, that for me demonstrates more truth than anything else. Trying to get a little glimpse into what their home life is and whether a child is a prop or whether there is really a warm home life, and whether the politician, be it a male or a female, the empathy they show at home or the lack of it is what demonstrates it to me.

Adam: I like that a lot, and it resonates intuitively. I remember growing up playing soccer, and one of the parents was asked by his son for a ride to soccer practice, and the father was like, “You want a ride to soccer? What have you done for me lately?” I thought, “Okay, this is not somebody that I want to interact with much in the future.” It also seems like there are these people who have a very narrow circle of concern who say, “I am a dedicated parent. I give to my family, and I have a core in group of people that I want to help. It’s me and them against the world.” On some level, those people are almost more dangerous because if you look at their family behaviors, they appear to be incredibly generous people, but they don’t really treat most of the people they interact with that way.