An Ex-Googler on How to Network Authentically 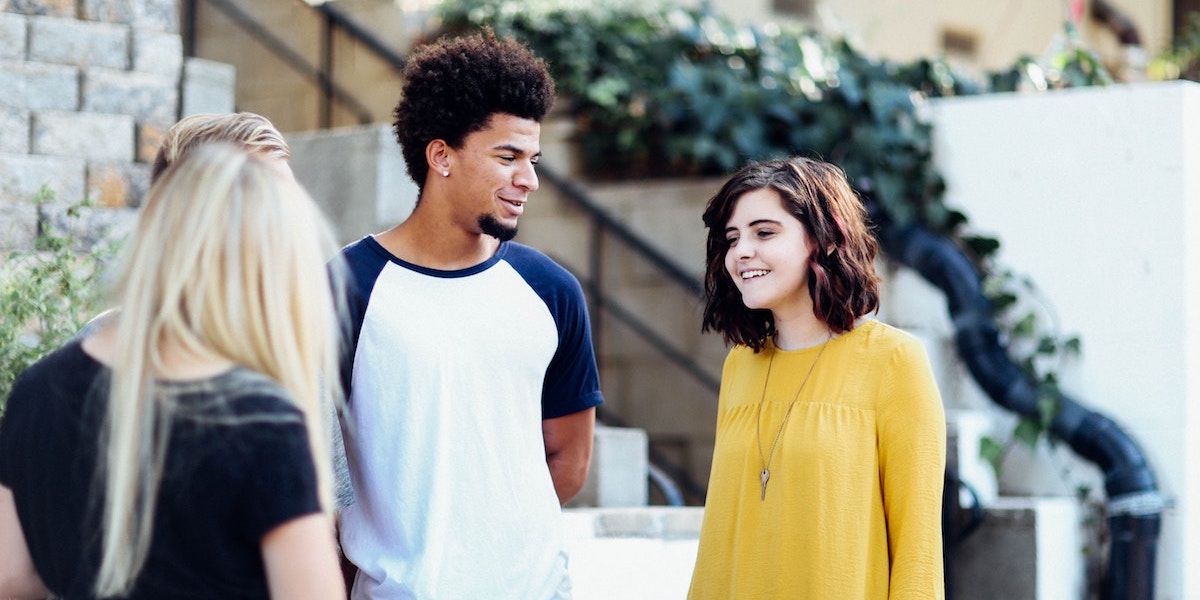 Jenny Blake is a business strategist who spent over five years working in training and career development at Google. She left Google in 2011 to consult and write full-time, helping people build sustainable, dynamic careers they love. Award-winning podcaster David Burkus recently hosted her for his Super Connector Summit, a free online event available to view October 30 to November 3. Here they share their proven tactics for growing a better network, deepening relationships and professional connections, and leveraging it all to enhance your life.

David: You started out working at Google, worked as a career coach, and made these amazing transitions, while coaching people through their transitions. Your book Pivot has been out for a year now. You’re doing so much cool stuff, which makes me wonder how did you [get] to where you are now from where you’ve been?

Jenny: My first website became a blog in 2007. I thought it was a hobby, and never would have dared to dream that that would become a business someday. I was working at a startup, then at Google, but sure enough I just kept building the blog, and I was right in this window where there were more blog-to-book deals. I got a book deal in 2010, and my first book was called Life After College. When it came out in 2011, I ended up taking a leave of absence and not going back to Google.

I had no idea how many people I was actually meeting and connecting with through the blog, such that when I moved to New York later in 2011, I didn’t even have to make friends. I had this completely seamless transition because of the network that had almost built itself in my sleep, just as a result of putting ideas out and connecting with people.

“Some people actually like you because you are you, not because of what you did in a previous job.”

David: You bring up a really good point—for so many of us, the context in which we work also establishes the relationship we have with people. When people move or change [their] career, a lot of people fear that they can’t take that network with them, and need to start over again. There is needing to start over again, sure, but there also is an [important] realization that some people actually like you because you are you, not because of what you did in a previous job.

You’re somebody that I’ve admired for the different strategies and tactics you’ve [used] to build your network. You built a book marketing spreadsheet to help other book authors. And for a time, you were running an author newsletter to build this kind of community. Though it’s not the first community you’ve built to help not only yourself, but others, with networking, [right]?

Jenny: I’ve never thought of myself in this way, as a Super Connector. I am actually very introverted most of the time. I love being alone. I love reading, I love listening to music, going for walks. I’m not a quantity networker at all. If I go to a conference, my vision of success is meeting one person who feels like a soul friend, someone who I really click with, and I can’t wait to follow up. It’s so genuine that I barely even have to write down a note to follow up with them. Especially in this line of work that we do, I’m interacting with a lot of people a lot of the time, so I have actually found networking gets a little harder, because I want so much more time alone.

That’s why I really just go for quality. You mentioned these communities—a couple years ago, I set up a community on a philosophy that I call Brilliance Barter. I had been to a couple coffee [meetings] where someone wanted to “pick my brain,” and I just felt used by the end it. So, I took that as a note to self that when I would reach out to people, I started pitching, “Do you want to do a 30/30? I’ll help you brainstorm something for 30 minutes, and then maybe you could help me talk something through for 30 minutes.” With some friends, we even set up a recurring 30/30/30 on calendar where 30 minutes for check in, 30 minutes brainstorming for person A, 30 minutes for person B. The idea of this barter set-up, I think, can be mutually beneficial.

David: I love that idea that, “We’re actually going to benefit from each other and deepen a relationship because we’re on a peer-to-peer level.” In fact, you have a different version of this Brilliance Barter [concept]—I’ve heard you use the term “Friendtor” before.

Jenny: Friendtors are friends, first, where you actually have [interests] in common, they’re interesting, and they’re also doing whatever it is you’re doing, too, and you can help each other out.

I have one friend who, every week now for four years, we go for a walk and talk along the water at the West Side Highway. We talk about life, business, relationships, books, speaking, travel. It is so nourishing to have a friend where I can ask, “What do you think I should charge on this contract?” in the same conversation as, “Here’s what I’m celebrating in my personal life, or something I’m struggling with.”

Another concept I write about in Pivot is drafting. [In the] Tour de France, there’s a lead biker, and the rest of the bikes ride behind. They clump behind and get reduced to tail end. [Now] let’s say someone can’t take a speaking gig. They can pass it on to you if they know that you would also be a great fit. Drafting is another way to have mutually beneficial relationships, without waiting until you can reach these super, “uber” mentors.

And uber mentors often have plenty of [information and advice] that’s public. Like Tim Ferriss—I’ve met him a couple times in person, but the day he remembers my name will be a success. Until then, I’m more than happy to learn from him by reading his books, listening to his podcast, watching how he manages his career from afar. I don’t feel that I actually have to sit down with him and ask, “Tim, can I pick your brain?” He’s putting plenty out there.

“Drafting is another way to have mutually beneficial relationships, without waiting until you can reach these super, ‘uber’ mentors.”

David: I totally agree with you. What would you want to have coffee with Tim Ferriss about anyway? It’s all out there.

Knowing what you know now about [connecting,] friendtoring, and community building, let’s say you wake up tomorrow and no one knows you. You’ve got to rebuild your network. What’s the first thing you would do, or the most important thing you would do?

Jenny: This is actually something that I’ve been meaning to get better at now, which is building better systems and a habit of reaching out. I don’t mean having some kind of CRM tool, or any system that’s pinging me [about] who to follow up with when. That stuff just bugs me, and I’m not that structured, but I would love to have a catch-all or group meet up [where I] invite people and reduce the decision fatigue of, “Who should I meet with, and when?”

This conversation has been edited and condensed. To watch David and Jenny’s full conversation, or learn from 50+ other world-class experts, tune into the Super Connector Summit here.