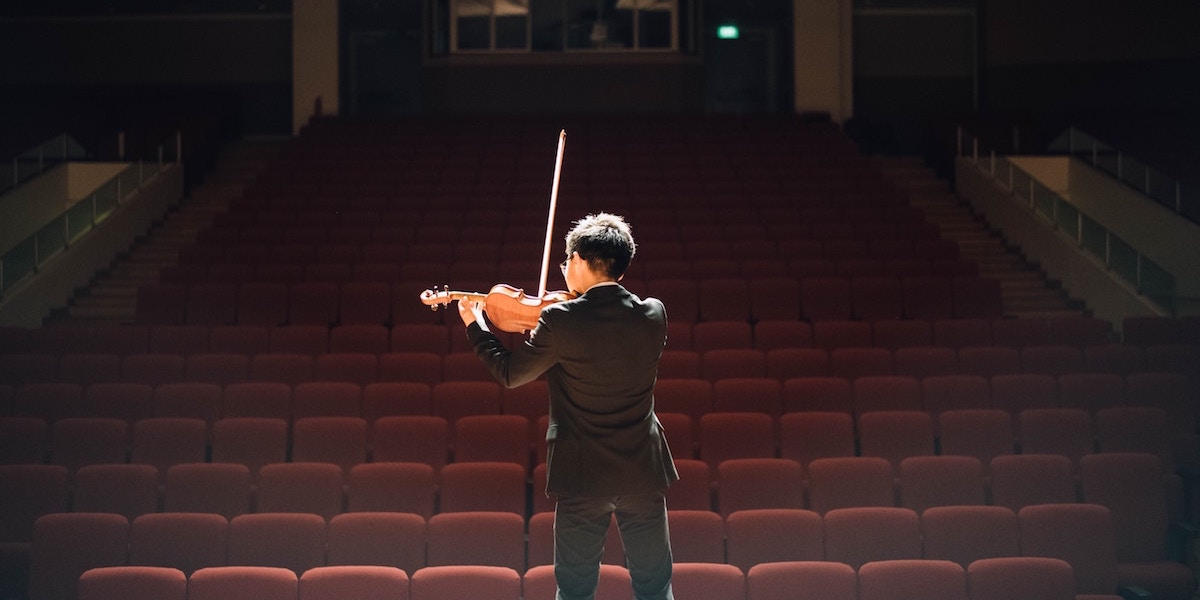 Susan Cain is the author of the #1 New York Times bestseller Quiet: The Power of Introverts in a World That Can’t Stop Talking and the co-founder of Quiet Revolution, which works to unlock the power of introverts through initiatives in education and the workplace. She recently joined Nilofer Merchant, ranked by Thinkers50 as one of the world’s leading thinkers, to discuss the world-changing ideas behind her latest book, The Power of Onlyness.

Susan: Can you describe what onlyness is?

Nilofer: Onlyness is a term I coined back in 2011 to capture an economic shift I was observing. It points to how value creation happens today: you stand in a spot in the world ONLY you stand in, a function of your distinct history and experience, visions and hopes. From this spot, you have fresh takes and ideas. And, now that you can scale and realize ideas in connectedNESS with others who care about the same thing, you have the power to dent the world. Hence: onlyness.

A new word was needed to name a key shift happening in my field of innovation, specifically the role of talent in creating value. At the end of the 19th century, what mattered in “talent” was an able-bodied person, to feed a cotton gin or stoke a steamship, for example. By the dawn of the 20th century, “talent” shifted towards productivity; people’s ability to create value was about how fast they could do a pre-determined thing like install the engine, or the hood, or the wheels at a Ford manufacturing line. Another 50 years would pass to see “talent” as those who could capitalize their original ideas; as evidenced by the people who worked at GE, Disney, or Procter & Gamble, or were able to capitalize a new idea like Andy Grove did at Intel. In the arc of 150 years, value creation from talent went from physicality, to productivity, to the capitalized person.

Then, in modern times, platforms like Kickstarter and the Apple App Store enabled a marketplace of ideas, so those without capital or even organizational heft could still have scale behind their creativity. This tectonic shift meant that as long as people could be connected, new ideas had an entrance point into the innovation economy.

As I squinted at this tectonic shift in innovation, I could see the implications: ideas born of that spot in the world only you stand in, could scale through connectedness and count. That insight is what drove a 2012 Harvard-published book on modern value-creation, with this new source of innovation called onlyness.

Susan: What led you to write The Power of Onlyness?

Nilofer: While onlyness got recognized as a big idea, named by Thinkers50 (The Oscars of Management) as one of the top 5 ideas that would shape the next 20 years of management, it didn’t yet address the operational side. A key question was still unanswered. How? As in, how do people, standing in that spot in the world only they stand in, become powerful enough to bring their idea into the marketplace of ideas and make a difference? And, my motivation for spending five years now researching this is simple: What would our world look like and what problems might we solve if any “wild idea,” regardless of its source (quiet or otherwise), had an equal chance for impact?

“When you’re not noticing the distinct individual, you’re denying what matters.”

Susan: What’s your best advice for someone who is trying to discover their personal onlyness?

Nilofer: A good way to identify your own personal “only” is by imagining you were born with a lightbulb on top of your head that shines continually. It might be a turmeric orange, or mallard blue. When you enter a room, your light illuminates the entire space. That makes it difficult to discern your own “only,” because the light you shine is also the filter through which you see the world. You think, this is just what the world is, when really it’s who you are.

Here is where your friends help you see your own capabilities and abilities: when you walk into a room, people can observe, “Wow, it just got orange in here!” and help you name that particular shade of orange. They have the perspective to be able to see the difference in the world when you’re present, and when you’re not. They have the ability to notice what you light up about, what you care about. They can see you, for yourself, and thus help you see you, even more clearly.

Susan: What do you think your onlyness is?

Nilofer: The opening story in the book is a personal one, of how I almost got an arranged marriage. Back then, I was seen by family not as “Nilofer” with her own unique history and experience, visions and hopes, but through the lens of “Islamic woman” whose role was to serve her family. That’s when I first noticed that generalizations deny something important. When you’re not noticing the distinct individual, you’re denying what matters. This applies, by the way, to white guys as much as black women or the young or the old, quiet or exuberant or any other way society filters through meaningless groupings.

Then, my first job at Apple Computer was as an administrative assistant, and I observed that too often ideas were screened by title or rank, not by the ideas actually offered up. So, over the years, I’ve noticed how many people are not seen for themselves, and their ideas are lost. And over the next 25 years, I experienced first-hand what the innovation research proves: that nearly all breakthroughs come from “left field,” from the unexpected people. Perhaps, then, it’s unsurprising that I spotted and named the economic shift in the marketplace that would let people create more and better value, by being his or her authentic self. That’s surely my onlyness.

Susan: How can an organization encourage its constituent members (leaders, employees, board of directors, etc.) to discover and use onlyness as a way to unlock the talent of their organizations?

“Nearly all breakthroughs come from ‘left field,’ from the unexpected people.”

Nilofer: That’s such a great question. There are three things in specific that must be done to unlock onlyness.

First, how do we recruit for “qualified” people? Organizations often evaluate people as being “qualified” in terms of specific check boxes, such as having the “right education,” or even exact “number of years” of experience. I remember one time a job description asked for someone with “10 years of social media experience” when Twitter had only been around for 3 years and Facebook only slightly longer than that. Conflating education, or years of experience, with the capacity to contribute limits newness. To unlock onlyness, we need to redefine “qualified” based on capacity, not credentials.

Second, we need to reward and advance based on contributions, not checkboxes. Most teams see themselves as “fair” in terms of how we consider how people can contribute, and move ahead in their career without thinking of how we could be better. For example, many companies have a requirement that, to move up in a company, employees must have had a global assignment, or worked in operations. But these criteria end up excluding people who are perfectly able to contribute. “Both of these criteria,” says Marianne Cooper, a sociologist at the Clayman Institute for Gender Research, “can end up excluding women, because women are more likely than men to have partners that work, so this can mean they are less mobile. And women tend not to go into operations at the same rate as men. So, are these really the criteria that matter? If people really think about [it], and figure out what it is that really matters, they can revise things in such a way that with almost a snap of the fingers, more people become ‘eligible’ to advance. It broadens the pool, and sets the stage for onlyness to emerge.”

And third, we need to reward group outcomes, not simply individual ones. I remember one time I was working with a big tech company to increase their labs-to-marketplace pipeline, to find they paid more for a patented item with only 1 name on it, than if it had multiple names. Each scientist was incentivized to work alone. This is a legacy of an old system, a time closer to the Ford manufacturing line we talked about earlier. The logic being if we can isolate and measure individual performance, we can reward correctly. But that management system, Taylorism by its technical name, isn’t right for today. In an ideas economy, it’s the context we all work in together that affects how we create value. The effect of collaborative culture is the exponential factor that raises the performance of the whole. So rather than rewarding IP or even IQ, we need to also reward the CC, the collaborative culture, which brings out the best in everyone.

When we do these three things, we unlock the ability for everyone to add value.