Finding the Good in Social Media 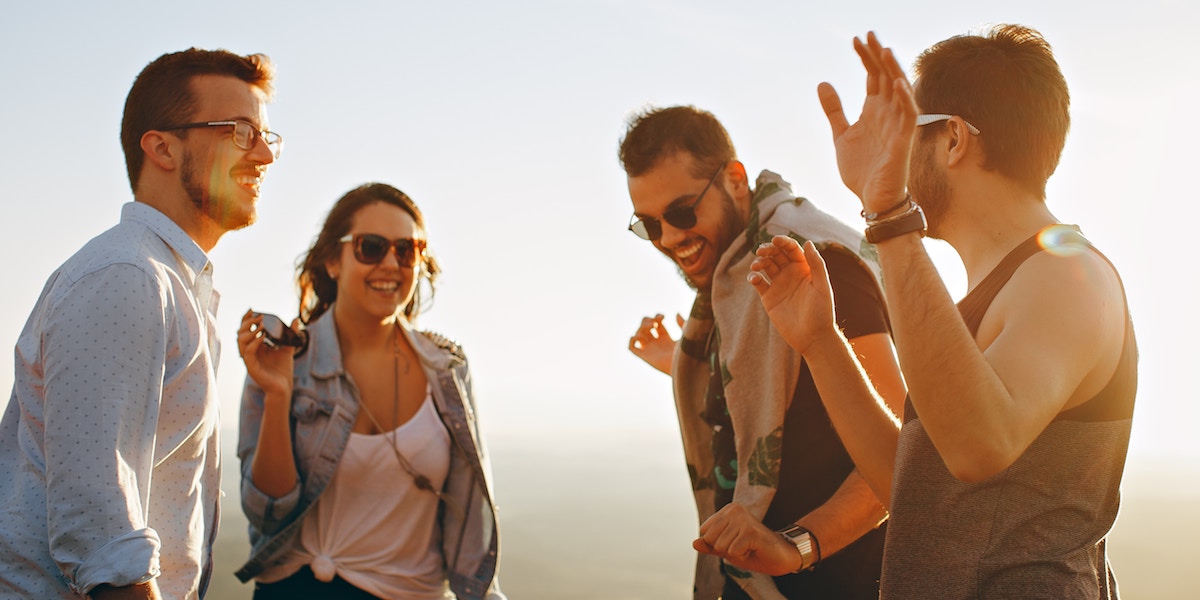 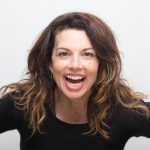 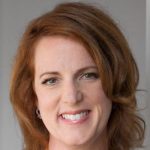 Gina Bianchini is the founder and CEO of Mighty Networks. Gina created Mighty Networks to be a social platform that goes beyond the typical scrolling conversations of social media, and focuses instead on community and engagement between network members. She recently sat down with world-leading business thinker Whitney Johnson on the Disrupt Yourself podcast to discuss why finding our own interests and passions allows us to connect with other people.

This conversation has been edited and condensed. To listen to the Whitney and Gina’s full conversation, click here.

Whitney: What did you think you would be when you grew up?

Gina: I grew up in Cupertino, California, in Silicon Valley, although at the time it wasn’t really clear that it was Silicon Valley. It just happened that the people that invented Apple Computer lived two miles away from where I grew up. All of a sudden, the orchards became tech buildings. Apple moved in, Atari moved in, HP was there, and so was Lockheed Martin. There was this intersection of technology, engineers, counterculture, and research labs, and all of it was happening in one place at that time.

My dad was a history teacher, and my mom loved anthropology. Because of that, we grew up in an environment that encouraged our curiosity. I loved history, I loved thinking about movements, about social change. I was always fascinated by the stories of people, and how cultures evolved, and how systems worked.

If anything, [growing up] in Silicon Valley has given me an appreciation for just how important moments are and how important timing is in all the different things that we do, whether it’s as entrepreneurs or human beings living our daily lives.

Whitney: Interesting. It’s this confluence of things again, right? You’re a talented athlete—you said you inherited it from your dad. But this really tragic thing happens when you’re 11 years old. Ordinarily I wouldn’t ask you to share this, but it’s my sense that it is important in terms of what you now do.

Gina: When I was 11, two army officers showed up at our door and told us that the night before, while he was on a National Guard Reserve trip, my dad had been killed in a drunk driving accident. When my mom came into my room and said that my dad had been killed, I was in shock—even now, I still don’t quite believe it.

“Our interests and passions are the things that make us human.”

What [that experience] solidified for me was just how incredibly fortunate I was to grow up in a family that celebrated people’s passions. My dad was passionate about old cars, and on a teacher’s salary, he was able to buy cars in pieces, put them together, and show them. My mom has never found an interest that she takes on with anything less than 110%, which is amazing to watch.

I learned from my family’s values that anything was possible, and that I was capable of doing anything that I put my mind to. Our interests and passions are the things that make us human. [They give us] an ability to connect with other people and build relationships that are meaningful, valuable, and honest.

I wasn’t sure what I was going to do with my life, but I knew I wanted to have an impact. I was really passionate and curious about history and politics. When I was 16, I applied to be a congressional page, which is a program in Washington, D.C. for juniors in high school. You go to school in the morning, and then work all day in the House of Representatives or the Senate.

Whitney: As I listen to you talk, I hear this sense of truly believing, since you were a very young girl, that you can do it. Where did this sense that all possibilities are within your grasp come from?

Gina: It was the American dream—my father was the first to go to college in his family. My mom was the oldest of six kids, and started saving for college when she was 11. I was surrounded by people who demonstrated that you could do things that were against the odds.

“I was surrounded by people who demonstrated that you could do things that were against the odds.”

Whitney: Let’s talk about what you studied in college, and your journey of becoming an entrepreneur.

Gina: I tried not to study political science, but then realized that that was the thing I loved. I loved thinking about people as systems—political science is the systems architecture of people. My senior year, I pivoted and [wanted] to get a job working in business, because I wanted money [along with] purpose. So, I got a job working at Goldman Sachs in their High Technology group in 1994. I was learning about different parts of software and hardware, working on initial public offerings and mergers and acquisitions, and just learning how to be a professional.

That was a pretty formative experience. Then I worked on an initial public offering for a company that we had taken public at Goldman. [That company,] CKS Group, asked me to come over and run investor relations and corporate development. I did that for two and a half years, and it was an incredible experience to have significant responsibility at a young age.

Then I left CKS to go to Stanford Business School. I was in business school from ’98 to 2000, at the height of the dot-com boom. In 2000, my boss from CKS Group had moved over to a venture capital firm called Sequoia Capital. He called me up, and he wanted to start a company. So, we started a company in March of 2000 called Harmonic Communications. Our goal was to essentially take all of the different places that you could have marketing or advertising data, bring it onto a hosted service, analyze it, and drive much more targeted advertising and marketing spend across the right channels.

It was the right idea at the absolute wrong time. I also learned that it’s not a great idea to start a company unless it’s around something that you are incredibly curious and passionate about, and want to work on for 10 years. Advertising tracking, measurement, and optimization wasn’t necessarily that for me.

“It’s not a great idea to start a company unless it’s around something that you are incredibly curious and passionate about, and want to work on for 10 years.”

At the same time, something interesting was happening amongst my friends who had stuck around Silicon Valley and San Francisco after the dot-com bust. In 2002, blogging was pretty cool—it was a new way to think about websites, and people were building these authentic internet-based cultures. It immediately made sense to me, because I had 20-plus years of thinking about people and systems architecture.

The social networks of today are people systems—it’s the systems architecture of human beings. Another friend of mine called me up and said, “Gina, let’s do this social networking thing as a programmable app.” I said yes.

Whitney: Was this Ning?

Gina: This was Ning. There was this really interesting moment when Reid Hoffman, who was a good friend of mine, started LinkedIn, and he and others were investing in The Facebook, as it was called at the time. It was a really special time.

Marc Andreessen and I started Ning to be much more like the web—creativity and expression would be embedded in social networking. Myspace was our model, and we wanted to connect people in creative ways around their interests and their passions. It was wildly successful for a variety of reasons for quite some time. I then left Ning and founded Mightybell, which is now Mighty Networks. It was my belief then and it is my belief today that the right way for social technologies to be implemented is with strong leadership. There are literally 364 million creators with a purpose in the U.S., people that are out there who want to bring people together.

I have been absolutely stubborn and passionate that social technologies will ultimately evolve to be something that looks much more like the web in its early days. Social technologies are for creators to build brands and businesses that bring people together. Those are things that increasingly people will pay for. Therefore, we can fund individuals who are phenomenal leaders and creative visionaries, and make it easier to meet people, and realize your interests, your passions, your goals. That’s what we are doing with Mighty Networks.

“The social networks of today are people systems—it’s the systems architecture of human beings.”

Whitney: What did you learn from Ning that has allowed you to make Mighty Networks successful?

Gina: That creating community gives everybody a sense of “What are we doing here together?” It creates scale and connection. Something much deeper and more meaningful comes when you facilitate connections between people who want to meet each other. We’ve built online courses into Mighty Networks because online courses allow you to offer expertise—you can facilitate a conversation and be a part of it.

The future is more and more full of creators making a living doing what they love through offering community-driven subscriptions and solutions. These [technologies] allow new relationships to be easily built, [bringing out] other people’s expertise and experiences [so that they can] become a part of something bigger.

Whitney: I want to come back to your animating force. My sense is that you think of your life’s work in terms of building community through technology. What experiences have made this matter so deeply to you?

Gina: I imagine that I can put a little dent in the universe by staying focused on creators, staying focused on the individual or the small team—or even the larger brand—who can control their own destiny. I think about building software that allows a creator or a leader to do the things that are uniquely human—making connections, creating experiences, and sharing expertise.

I’m going to find some way to do that, whether that’s in the context of Mighty Networks, or if I have to move to a small town because I’ve become a wild failure in Silicon Valley. I’ll still find a way to do that because it’s too much fun, and it’s too important not to keep getting better at every single day.