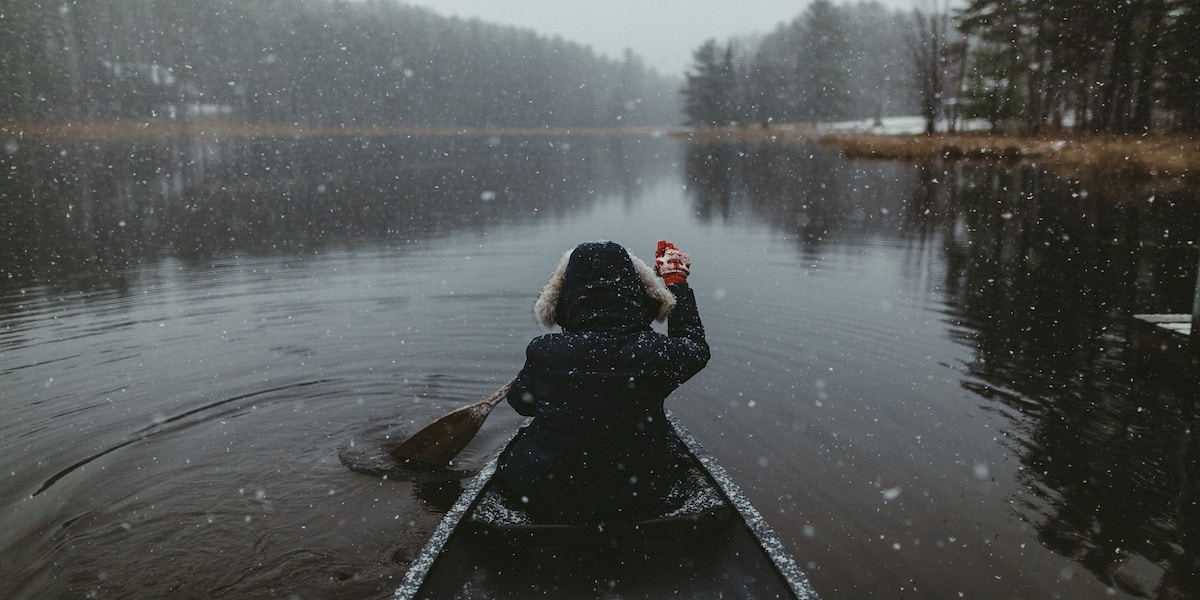 Steven C. Hayes is the Nevada Foundation Professor in the Behavior Analysis program of the Department of Psychology at the University of Nevada. The author of 44 books and nearly 600 scientific articles, his career has focused on human language and cognition, and their application to the understanding and alleviation of human suffering. University of Pennsylvania psychologist Scott Barry Kaufman recently hosted him on The Psychology Podcast to discuss how the science of mindfulness is finally catching up to what Buddhism, and other forms of spirituality, have known all along.

Scott: Can you define Acceptance and Commitment Therapy (ACT)?

Steven: ACT is a set of methods that are focused on a model called “psychological flexibility.”

Scott: You’ve defined psychological flexibility as, “The ability to contact the present moment more fully as a conscious human being, and to change your persistent behavior when doing so serves valued ends.”

Steven: Yeah, it’s probably the single most powerful set of processes in terms of predicting psychopathology over time. People who weren’t necessarily part of our tradition have, for a long time, been talking about things that are pretty important [in ACT].

Scott: I was going to say, when I read some of your writings, I see a lot of it in Kabat-Zinn’s writings as well, who adopted it from Eastern philosophy.

Steven: I’ll broaden that out even more. Right now, there’s something like 40 randomized trials on ACT done in Iran. Why? Because there’s an Islamic tradition of psychotherapy that [goes back] 500 years, and it’s spooky in terms of how much it lines up with ACT. I get emails saying, “Admit it, you read the Quran, and you kind of ripped it off.” Or emails saying, “This is just Buddhism, isn’t it?”

Inside the wisdom traditions of every single major religion, there are ways of reining in analytic judgmental language, and the wisdom traditions impact our deeper clinical traditions. Jon Kabat-Zinn has done that by demystifying Vipassana. Herb Benson did it by demystifying transcendental meditation. What Western science can bring is a particular analytic way, if it’s respectful of digging into the underlying processes of those things, and not just renaming it or claiming it as our own.

Scott: An idea from Buddhism that you build off of is that human suffering is universal. Your work on language shows how language leads directly to suffering, right?

Steven: Yeah, true. Although, I’d probably say human pain is universal, [and] suffering is kind of our mishandling of pain.

“Suffering” comes from a etymology that has this idea of carrying a burden. The “feri” part is like “ferry boat,” and the “suf” part of suffering is “up and under.” It has that metaphor of getting up under something really heavy, and carrying it. Well, why don’t you just put it down? You don’t have to carry it.

Pain, yes. Pain contains things that you care about. If you lost something, and you’re grieving over it, what’s inside is the love that you had for what you lost. That’s not your enemy.

[But] in the modern world, two weeks of grief is enough to tranquilize the person up. We’ve got a culture that’s hostile to emotions [and] these basic biological functions of walking through grief in order to come out the other side with the energy to learn new things. What happens with [grief is this] sense of withdrawal, and stepping back, almost to sensory deprivation, and then you explode out into new relationships and new exploring. Even non-human animals do that.

If you chronically avoid negative emotions, thoughts, and feelings, you start avoiding positive emotions too. And we all know this. [Let’s say] you’ve been rejected in love, and you get into this defensive place where, “I’ll never be so vulnerable again.” The word [“vulnerable”] means to not be woundable. Yeah, but if somebody’s close to you, they could wound you. If they die suddenly, that’s going to wound you. So closeness and wounding is one thing. It’s not two things, it’s one thing.

So what your mind does is it says, “I’ll solve the problem of pain by solving the problem of vitality.” Well, vitality’s not a problem. Vitality [is] enjoyment, recreation, play, love. So the same space, this anti-life space, that says, “I can’t hurt,” is the one that says, “I can’t laugh. I can’t love. I can’t dance. I can’t sing. I can’t play.” It’ll get you down to a nubbin where you can’t do anything except wait for life to be over.

Todd Kashdan has this cool study where he followed socially anxious, experientially avoidant people doing experience sampling, and wonderful things happen. They get complimented. They get invited to social events. What happens? Their joy goes up, and then it plummets way faster than normal. Why? [Because] they dare not laugh, they dare not smile, they dare not feel connected, and loved, and cared for.

I mean, it’s almost enough to make you cry about the human condition, that inside our running from pain, we have to run from life itself. [But] you can choose to live a vital, committed human life, even inside your pain. That doesn’t have to go away before you get the privilege of being human.

Pain is unavoidable. [But] suffering, let’s learn how to put that down. Put that burden down, and just have the good, clean pain of living and loving, and losing and dying.

Scott: That’s beautiful. You have a little poet in you.

“You can choose to live a vital, committed human life, even inside your pain.”

Scott: If this relates at all, my dissertation was on openness to experience, and that’s been the main topic I’ve studied for the past 15 years. I found a factor in openness to experience that had been neglected, and I called it affective openness, [which] I defined as being fully open to both your positive and negative emotions. I found that correlated with so many variables, like creativity. It was strongly correlated with compassion.

Steven: We found the same thing. In the ACT work, there’s a lot of emotional exploration, taking the time to feel and creating contexts in which you can learn about your own feelings, thoughts, memories, and bodily sensations without judging them or turning them into a problem to be solved.

So you’re learning to hold the judgmental part of the mind at bay, coming into the present moment, to broaden your focus and see what’s there, inside and out.

Scott: I’d love to dive a little bit deeper into the six processes of cognitive flexibility. Could you go through each one?

Steven: So there’s cognitive defusion, the process of noticing your thoughts with open curiosity and picking the ones that are useful, that are helpful to you, without being entangled with them.

It includes flexible attention to the now, of being able to come into the now, within and without, in a way that’s fluid and voluntary, so we can allocate attention to what’s of use to what we’re trying to accomplish.

And we do that from a sense of perspective. It’s the I-here-now-ness of awareness. It’s not awareness of something. I’m talking about pure awareness, this ineffable, transcendent quality that is established, I think, in all of the wisdom traditions.

From there, we move toward the qualities of being, and qualities of doing what you want to bring into the world. Those we call values. Values are not goals. They’re not anything you can attain or finish. They’re adverbs, so they disappear when you stop doing them.

“Values are not goals. They’re not anything you can attain or finish. They’re adverbs, so they disappear when you stop doing them.”

A quick and dirty way of thinking about values is, can you turn it into an adverb? Is it something that will be there constantly over time? You know, like, “Lovingly, I…” It’s not like, “I have love now. I’m finished. I can go out and hurt people.” It doesn’t have a beginning, middle, and end. It’s just a direction, like going west.

And [finally,] committed action is this gradual process of building larger and larger patterns of behavior that are organized around value choices.

So those are the six [aspects of] psychological flexibility—defusion, acceptance, in-the-now, consciously, values-based, and created patterns of action.

What is the mind-train? I have found that thinking about my thoughts in that way has been so helpful to me and my own anxiety issues.

Steven: The metaphor of the mind-train is one of several physical metaphors that allow us to detect the moment when we get hooked and fused with thoughts, versus the moment when we’re stepping back and watching our thoughts.

There’s a whole set of exercises that have some kind of physical, perceptual structure for something that is repetitive and passing, and then asking the person to put their [thoughts] on that object, and then to watch them go by. You could do it with clouds in the sky, cars on the freeway, or leaves floating down on a stream.

What it adds is a very clear perceptual hook for something that happens in a few milliseconds—when a thought catches you and hooks you. Anybody who meditates knows that you are in the flow, but then your mind starts talking to you about it, and suddenly, you’re not. You’re not following the breath. You’re not present.

It’s like riding a bicycle. You just fell off the bicycle and did a faceplant on the asphalt.

[So] get back onto the bicycle. Get your balance. Start pedaling again. I was using that as a metaphor for being in the flow of this continuous process of noticing and noticing. If you slowed down a picture of you riding a bike, you could show that moment by moment, you’re falling out of balance, but you adjust to it, and you come back in balance, and you keep pedaling and moving. Meditation’s like that.

And if you wanted a single metaphor for psychological flexibility, that wouldn’t be bad. We get buffeted by emotions and thoughts. We get knocked off-balance. If we can come into the present and find balance, that’s that process of centering awareness in the moment. Then we can look ahead down the road, where are we going, and start pedaling. Well, that’s values and committed actions. We’re just riding a bicycle.