How Small Steps, Not Big Goals, Will Keep You Motivated in the New Year 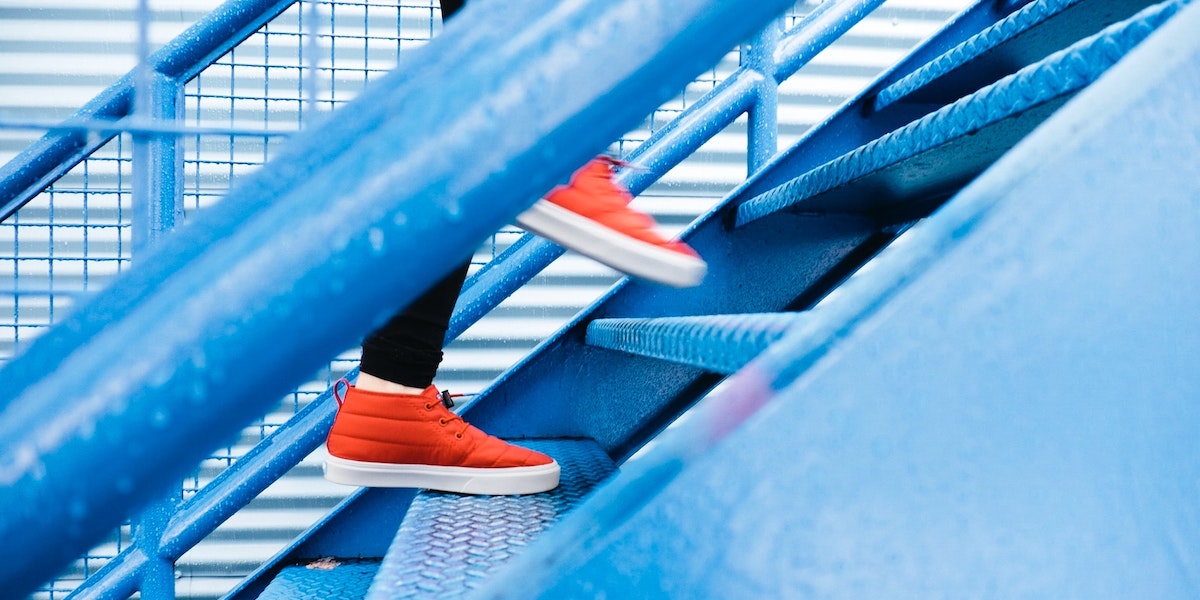 Caroline Webb is a management consultant, Senior Advisor at McKinsey, and renowned leadership coach who has worked with hundreds of organizations to help their employees be more productive, energized, and successful. Brad Stulberg is a former McKinsey consultant and current columnist for New York and Outside magazines who writes about health and the science of human performance. The two recently sat down to discuss the surprising truth about balance, productivity, and peak performance.

Caroline: What do you mean by this amazing phrase you coined: “Being a minimalist to be a maximalist”?

Brad: Oh, I never said that I practice what I preach, but I do try. The things that I try to be a maximalist in, the things that matter most, are my relationship with my wife, my writing, and my physical practice.

I don’t have too many hobbies, and I’m probably not as good of a friend as I could be. People certainly wouldn’t call me “balanced.” I don’t think one route is better than the other, but I do think we have to acknowledge that it’s really hard to have it all.

Caroline: That’s so true. Unless you can bend the space-time continuum, there’s a limited number of hours you have, not just each day, but on this Earth. So we’ve got to make some choices. If you say “yes” to this, then you’re saying “no” to something else. I think what you advocate, which I strongly believe too, is to be more mindful about the things you want to really say “yes” to, and to do those really well.

“There’s a limited number of hours you have, not just each day, but on this Earth. So we’ve got to make some choices. If you say ‘yes’ to this, then you’re saying ‘no’ to something else.”

Brad: Yeah. An issue that lots of driven individuals run into is that they want to take on everything. They get excited by new opportunities because in their past, saying “yes” to new opportunities led to yet more opportunities, and that’s how they’ve gotten to where they are. But you get to a certain point where you have to have the courage to say “no.”

Something that you said that I really liked is that if you’re going to say “yes” to something new, you should ask yourself, “What does this mean I’m saying ‘no’ to?” Have the awareness to answer that question, because if you can’t, then you either start feeling way too much heat to perform, and your quality suffers, or the pressure just builds and builds, and you’re chasing this illusion of balance: being the best husband, and the best worker, and running a sub three-hour marathon, and volunteering—and the next thing you know, it all caves in on you.

Caroline: Absolutely. If I think about my life, there have been times when I found it easier to say “no” to things that I’m interested in if I understand that it’s a phase. “Right now, that is not what I’m [focusing] on.” I see my life as a series of phases.

Brad: I love it. I see a lot of people swallow this cultural message of “balance, balance, balance.” Then they struggle to find it, and they get down on themselves because they can’t do everything every single day. [They think,] “I’m going to wake up. I’m going to [have] some family time. I’m going to work from nine to five, come home, have more family time, cook dinner, watch a TV show, and go to sleep.” But that’s [only] one way to think of balance.

Another way to think of balance is over a long continuum. That affords you the permission to go all-in on things for short periods of time. There might be a time period when you’re not the best partner or the best parent, but you are maximizing elsewhere. As long as you maintain the self-awareness to realize the trade-offs that you’re making, then you can have a very balanced life, but that balance might be over five or ten years—not in every single day.

Caroline: I took some inspiration on this from Steve Martin, actually. He was an amazing standup comedian, then a film actor, and then he decided he was going to really [focus] on playing the banjo. At different times in his life, he’s decided to prioritize certain things, and then achieved remarkable [success].

One of the traps that people fall into is not just trying to do everything in one day, but also feeling that being an ambitious person means pushing yourself super, super hard. What we know about human motivation is that you do want to set purposeful, inspiring goals, but we make more progress by setting tiny interim goals that allow us to feel like we’re making progress, step by step, day by day.

A classic example is that when people want to get fit, they tend to say, “I’m going to go to the gym every day, and I’m going to do this, and I’m going to do that,” but actually, people have more success when they set goals that are achievable. The neurochemistry around achievement makes them feel motivated to carry on, whereas if you set a big goal and you fail, you feel a bit crap about yourself. Then that’s the neurochemistry of disappointment and despair, not motivation.

“Detachment from the big milestone gives them the best chance of getting there.”

Brad: I completely agree. Goals should act as north stars or destinations to shoot for, but you need those interim progress markers. Your focus day in and day out should be on the process, not on the outcome. The outcome might be running a marathon, or a promotion at work, but day in and day out, you’re not focused on the marathon or what the corner office is going to feel like. You’re focused on, “What are the things that I need to do today?” That allows you to have those small victories and to stay present, because it can be really overwhelming to look at the big goal on Day One. But if you just look at succeeding on Day One, you get that positive rush of neurochemistry, and success builds on itself.

Caroline: Absolutely. Set that big goal, but think about, “What’s the daily practice that’s going to start [me] on the journey?” I’m a fan of finding the smallest possible first step that is so easy that you cannot not do it. When it comes to exercise, that might mean taking the stairs if your meeting is less than three floors up, or walking for ten minutes when you might have jumped in a taxi. The more that we can shrink the next action, the more likely we are to actually move forward and feel good about ourselves.

Brad: You see this all the time in world-class athletes—they are so focused on the process. There are times when I’ve spoken with [Olympians during training], and they would have to pause to think about when the next Olympics was. Which is nuts, because you’d think that that would be the first thing on their minds. But they are so focused on executing, day in and day out, that they’re almost detached from the big milestone. It’s paradoxical, but detachment from the big milestone gives them the best chance of getting there.

And I think that’s true for [anyone, even] someone trying to not look at their phone all the time, right? You might say the goal is, “I’m not ever going to look at my phone after dinner.” That’s a pretty big goal. Maybe it’s just, “I’m going to put it in the other room for 15 minutes.”

Caroline: Yes. Chances are it’ll feel a bit uncomfortable initially, but then you’ll feel great about having achieved it, and then you’ll be more likely to try it again.

Another [factor affecting] motivation is cognitive overload. All the research in the last decade or so has shown that we can only hold three or four things in our brain’s working memory at any given time. [But] look at the length of someone’s average to-do list. When I ask people in workshops how many things [they] have on their to-do list, some people have hundreds of things. It’s just so overwhelming.

A phrase I found on Twitter years ago is “One thing at a time, most important thing first, start now.” A benefit of that [philosophy] is that it takes away some of the noise. It has really helped me to say, “Okay Caroline, ideally you would love to do these ten things now, but if you got to the end of the day, what would be the one thing that you’d be really annoyed you hadn’t achieved? That is what today is [all about].”

If you get that done and you have more time, you feel amazing. That’s a big shift, going from a longer to-do list and feeling [bad] about the things you didn’t do, to feeling great about achieving just a couple of things.

“One thing at a time, most important thing first, start now.”

Brad: I have a similar process. I try to say, “What are the three things that matter most?” I’ll do that at a weekly level, and then every morning I say, “What are the one to three things that I absolutely have to get done? When is the best time for me to do them?” Then I build my day around those things, and anything else is extra. Being intentional about answering those questions is the first step to following through with daily habits and actions.

Caroline: I often get comments from people saying, “You talk about being intentional and deliberate in how you spend your time, and that you want to be clear about what your priorities are.” They say, “I don’t know what my priorities are. I just kind of get through the day, and that’s enough. I don’t have time to decide what my meaning in life is.”

Brad: There are things that we don’t do because they seem so simple. One is to literally write down what your purpose is for this month or this year, and the five core values underlying that purpose, and post it on your desk. The gut reaction is, “Oh, I don’t have to write that down. I know.” But that visual cue goes a long way. It’s a constant reminder and a nudge.

Caroline: When I was writing my book, it was quite broad in scope, so I sometimes thought, “Oh my God, what was I thinking?” [So] I put a post-it note on the bottom of my monitor that said, “This is for Nia, Sarah, and Peter,” three of my clients. It kept me focused on the fact that this was [going to] help real people, and that really helped me.