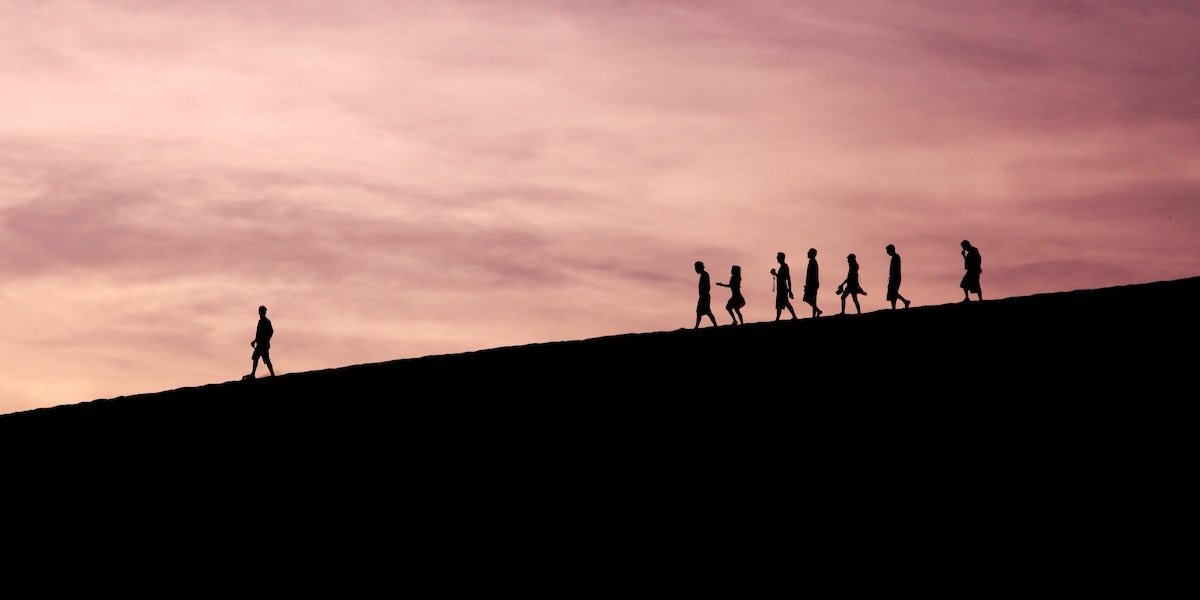 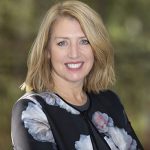 Liz Wiseman is a researcher and advisor who teaches leadership to executives around the world. She is the bestselling author of Multipliers: How the Best Leaders Make Everyone Smarter, The Multiplier Effect: Tapping the Genius Inside Our Schools, and Rookie Smarts: Why Learning Beats Knowing in the New Game of Work. She recently sat down with Ryan Hawk on the Learning Leader Show to discuss how anyone can become an effective leader—even if you’re not the boss.

This conversation has been edited and condensed. To listen to Liz and Ryan’s full conversation, click here.

Ryan: In your new, updated version of Multipliers, you say that a leader sees, provokes, asks, and unleashes the capabilities of others. Can you share more about that role of a leader?

Liz: Multipliers is fundamentally about a shift in the role of leader. We used to work in environments where the leader was the chief thinker, and often the chief doer. We’re now working in an environment fueled by technology, where there’s so much information coming at us and business cycles are spinning fast. There’s too much [information] for any one person to know, and a single leader can’t have the answers—so their role on the team becomes fundamentally different. Instead of being the chief genius of the team, leaders achieve their greatest value and greatest impact by playing the role of genius-maker—not having the answers, but ensuring the team finds the answers. Instead of providing the direction, they might provide the challenge. Instead of making the decision, they ensure that a wise and sound decision gets made through debate.

“Instead of being the chief genius of the team, leaders achieve their greatest value and greatest impact by playing the role of genius-maker.”

Ryan: In one of the newer chapters, you write about how to deal with diminishers. How do we minimize their impact on us in the workplace?

Liz: Diminishers are [the opposite] of multipliers—they are the bad bosses who are controlling and dictating and micromanaging, who often get in the way of their employee’s success. I spent quite a few months assessing the strategies that are currently in play for dealing with diminishers, and I found that those strategies aren’t working.

These are the five most prevalent strategies that people use to deal with bad bosses and diminishing leaders. Number one, confront them. Number two, avoid them. Number three, quit. Number four, comply and lay low—quit and stay. And number five, ignore the diminishing behavior. Only one of those five has a positive impact. The others are quite ineffective. Do you want to take a guess [which one]?

Ryan: I would say “confront.”

Liz: The five least effective strategies for dealing with diminishers—number one, confront them.

Ryan: So I was dead last?

Liz: Dead last. The least effective strategies are number one, confront them. Number two, avoid them. Number three, comply and lay low. Number four, convince them that you’re right. Of that [original] list, the only one that is effective is that fifth one, ignore the diminishing behavior.

Let’s say I’m your controlling, dictating, and micromanaging boss. Now, the very natural thing for you to do is deem that to be ineffective leadership—and it is—and criticize me, maybe stop listening, maybe even exclude me, keep me at bay. What do you think happens if I’m prone to micromanaging and criticism, and I’ve been excluded from the party?

Ryan: That will not end well.

Liz: It’s not going to end well, because my counter-reaction is to come in with more force, with more suspicion. Like, “Why is Ryan keeping me out? There must be something bad going on there that I need to intervene with.” It’s a cycle that ends very poorly, as you said.

Now let’s take the same scenario again—I’m controlling and micromanaging. Instead of reacting with judgment and exclusion, what if you reacted with the hallmarks of a multiplier—with curiosity and inclusion? What are some questions that you might start to ask? “Gee, I wonder why Liz feels the need to be involved. I wonder what she’s concerned about.” You start to ask questions and include me, considering my perspective. I’m now going to be heard, valued, and trusted. What’s my likely response?

“What if you reacted with the hallmarks of a multiplier—with curiosity and inclusion?”

Ryan: It would be less of a diminisher, less of a micromanager, because you feel like you are in the know.

Liz: Absolutely—I’m more likely to give you space. It’s not just the actions of the leader that determine how much people are able to contribute to their work—it’s the reactions of the contributor that shape that equation as well. The diminishing dynamic is very real, but it is not inevitable. While you can’t change someone into a multiplier leader, you can absolutely change your response and change your environment, so that you can become a multiplier and do your best work.

At minimum, it’s choosing to respond with curiosity. When I take this position of wondering and empathizing with them and the pressures they feel, it changes everything. Because then I can help them get what they need, so that I get the space I need to contribute.

“It’s not just the actions of the leader that determine how much people are able to contribute to their work—it’s the reactions of the contributor that shape that equation as well.”

Ryan: With everybody who works for you, you can leave a positive wake or a negative one. And that negative one could create more diminishers, and those people could eventually get big-time leadership roles, and the cycle continues. That’s why the role of good leadership is so vital.

Liz: It’s allowing ourselves to escape this false notion that leadership comes from the top of organizations. More and more organizations are going to reject the hierarchical assumptions of leadership and realize that you can be a better leader than your boss. Leadership isn’t a position, and it’s not permanent. We have to be able to move in and out of these roles very fluidly.

“You can be a better leader than your boss.”

Ryan: Do you know any companies that actually do that?

“Multiplier leadership, leaders who bring out the best in others, is an absolutely essential ingredient for brilliant work, but it doesn’t have to come from the boss.”

Ryan: Another new section in chapter nine is about how to effect lasting cultural change inside mid-sized and high-growth companies. Can you expand on that a little bit?

Liz: If you really want a multiplier environment, you have to create a multiplier culture. It takes more than just an individual leader—it takes collective will. For an organization or group of people to share culture, they must share a set of behaviors that they all deem to be valuable. They’re sharing a set of norms and beliefs about how the world works.

A lot of us have tried to create a culture by just equipping managers with a certain set of skills. But one of the most powerful ways [to create a culture] is to build a common language, a shared vocabulary. In Multipliers, the vocabulary includes “multiplier,” “diminisher,” and “accidental diminisher.” Just having those terms gives people the ability to talk. I’ve found that the organizations that build the strongest multiplier cultures don’t spend a lot of time talking about being a multiplier. They actually spend a lot of time building a shared language around diminishing, so much so that they can call out their own diminishing behavior. A real sign of healthiness in an organization is when people can say, “Whoa, whoa. You’re in diminisher mode. I need more space. Can you back off?” It’s their ability to talk and laugh about it that allows the multiplier leadership to come out.

Ryan: That feels like a culture that’s been created out of trust. I don’t think you could create a group culture like that, full of multipliers, without having inherent trust involved.

“Retreat and regroup gives you a chance to learn, and it gives the leader a chance to see that their ideas are being heard and considered.”

Liz: Yeah. Years ago, I had this really interesting assignment at Apple where I was coaching a number of their executives. I was asked to coach this one executive to help get her “Steve-ready.” What that means, of course, is to get that person ready to be part of a group that would meet with Steve [Jobs]—it’s no secret that some of those interactions could be kind of tough and high-stakes.

As I was preparing for that assignment, I spoke with some people who did that well, to understand what it takes to really be effective in presenting and interacting with a senior executive. (You can replace any other executive’s name for Steve Jobs in this case.) One of the people I talked to was an executive there who had a really clear strategy, which I now call “retreat and regroup.”

She said, “When I go in to meet with Steve, chances are I’m going to present an idea or a topic that’s not going to be well-received.” This happens any time you’re dealing with someone who has strong opinions on something. She said, “If I present something that’s not landing, instead of trying to win the argument or even complete the conversation, I would just say, ‘You know what, you’ve given me an interesting perspective. Can I go and think about this for a little bit, then come back to you on this?'”

Almost always, the response was, “Fine.” And she would do just that. She would go away and consider his point of view, but she didn’t just roll over and play dead. She had data, insight, and ideas that she wanted to assert, so she would blend them with Steve’s thinking, then come back a week later and present the idea again to a refined, receptive audience.

Retreat and regroup gives you a chance to learn, and it gives the leader a chance to see that their ideas are being heard and considered. It is a way to move forward together.