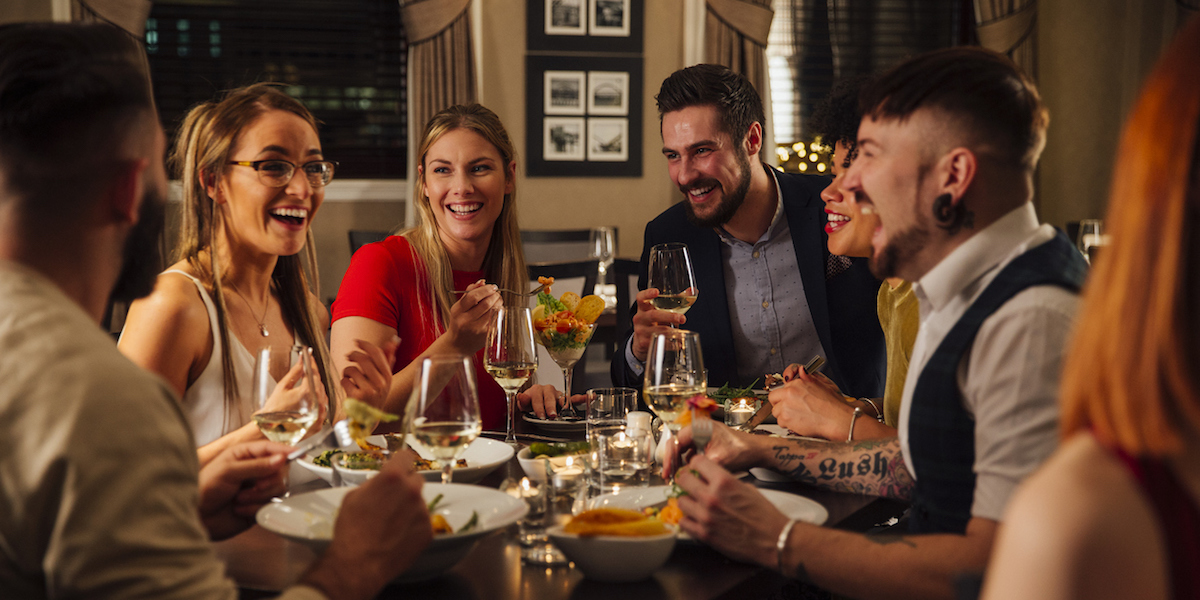 Katie Couric is an internationally prominent journalist and news anchor who has covered most major news stories for the last 25 years. Adam Grant is a renowned Wharton psychology professor and bestselling author of Originals: How Non-Conformists Move the World. Simon Sinek is a bestselling author whose TED Talk, “How Great Leaders Inspire Action,” has received over 33 million views, making it one of the most popular TED Talks of all time. The three recently sat down at the Aspen Ideas Festival to discuss why we need a break from our phones, how skills of empathy are in decline, and how we can become more likable.

Katie: How do you see the millennial [preoccupation with social media] manifesting in the career world?

Adam: I’ve been trying to make sense of the puzzle of social media and this extra premium on social approval. Millennials say they care less about it than other generations, but they seem to be more sensitive and responsive to it. We know people are more concerned about social approval when others are watching them, and I think one of the challenges of social media is you are always being watched. It’s like being on stage all the time.

Mitch Prinstein is a psychologist who studies how people gain and maintain popularity, and he just published a really interesting book called Popular. I read it and I was like, “Now I understand why I wasn’t cool in high school.”

He shows that there are basically two ways to become popular. One is status, where you’re cool, you’re superior to others, everybody looks up to you. The other is likability, where people enjoy spending time with you. He shows that if you were popular in high school, that’s actually a predictor of depression, anxiety, and lower career success as you move into adulthood, which is the ultimate revenge of the nerds.

[But] what’s interesting is that likability in school is a really positive predictor of all sorts of career and life and social outcomes. One of the things I wonder is, can we teach anybody who has a social media addiction to think about, “How do I just build relationships where people like me, as opposed to trying to show off my status?”

Katie, you are one of the most likable people I have ever met. I should also say that you are so quick-witted that it takes me a couple of steps to catch up. But if you could talk a little bit about building likability over the course of a career, I think that’s something we could all learn from.

“Listening is not hearing the words that were said. Listening is making someone feel heard.”

Adam: Yeah. How many times do you get to interview a professional interviewer on stage? I’m going to turn the tables here. What is it that you’ve found that makes people likable?

Katie: I think if you’re interested in other people, people like you. They like when you’re interested in them, because that reflects their own self-worth back at them. I think I’ve always been very curious and interested in other people, and I think I have strong emotional intelligence. I’m very good at sensing when somebody is alone, and I’ve always been incredibly empathetic. Like if there’s somebody in a room who is by himself or herself, I’m always going to that person to make sure they have somebody to talk to. If I see someone eating by themselves at a restaurant, they may be perfectly happy, but I feel bad for them, and I almost go over and ask if they want to join my table. I think I’m just very outwardly focused. I think that makes you more likable.

Simon: I think you’re exactly right, and this goes back to the social skills, the skills of listening. Listening is not hearing the words that were said. Listening is making someone feel heard, which are entirely different things.

These are all pieces of a bigger puzzle where skills are being lost and they’re not being practiced. [There’s a] sense of isolation and distance. I mean, look at the lack of courage in social interaction amongst young people, [like] the concept of ghosting.

Adam: Students literally introduced this to me last year and I was like, “What?”

Simon: Ghosting is a phenomenon predominantly amongst the younger generation that when you’ve decided that you want to break up with someone or you don’t want to be their friend anymore, you literally just stop responding. You stop responding to texts. You don’t answer phone calls. You may unfriend them across social media. I know of dating relationships that are six, seven months old, where one party decides they want to break up, and instead of having a breakup, they just ghost.

Simon: Can you imagine you text your girlfriend, “Hey, you want to get lunch today?” She doesn’t reply. “Are you okay?” She doesn’t reply. It’s the greatest act of cowardice not to have the confrontation, but the worst part is for the person on the receiving end of it, the initial reaction is panic. [They think] something’s happened to them, right? Then they log on, and they see that they were just out with their friends. They find out that everything’s fine from social media. They find out that they’ve been ghosted. Then the overwhelming feeling of, “What have I done wrong? Is it me?” It destroys their self-confidence.

Simon: Invisible. And the person on the ghosting side, not the ghosted side, [has such a] lack of social confidence.

Katie: Talk about no empathy.

“If your phone is on your desk, even if it’s not on, your working memory drops by 10%, and your fluid intelligence drops by 5%.”

Simon: It’s cowardice, and a lack of skill set. The question is, what happened to those skills? How can we rebuild those skills?

Katie: You can almost measure the impact that technology has had on the level of attachment young people have. What can we do to get away from our devices?

Adam: We all need to enforce tech detoxes, and we need to have other people enforce them on us, because we don’t stick to them even when we mean to. There’s a study that came out earlier this week. They did these incredible experiments where they had people work on different kinds of tasks when their phone was either sitting on the desk, sitting in their backpack, or sitting in a different room. They found that if your phone is on your desk, even if it’s not on, your working memory drops by 10%, and your fluid intelligence drops by 5%. There’s some related research that shows that if you have a phone on your desk when you’re talking to a friend, you actually connect less and you feel less close to each other. Again, the phone is not even in use. You even see some of those effects if the phone is in the same room. I think leaving it in another room is a really key step, and we all need periods in our day where we do that.

Then the question is, what do we teach people to do in that time that has opened up? I think it’s exactly what you said, Katie. We need to teach people to ask questions. That’s how you show an interest in other people; you ask them what’s going on in their lives, what their goals are, what they’re curious about.

One of my all-time favorite studies was [by] James Pennebaker. He had people come together in get-to-know-you groups, and they could talk about whatever they wanted for 15 minutes. In the end, they were asked, “How much did you like the group?” The more you talked, the more you liked the group, but also the more you thought you learned about the other people in the group, which is important. You’re talking. You cannot be learning. We need new norms about how to actually have conversations.

For example, I’ve been preaching that phones should be banned in conference rooms. The reason is because it’s consistency that [matters] most in relationship building. When somebody does something intense, like buying you flowers, it’s not like you fall in love with them. It’s all the little things that add up over time.

When we’re sitting, waiting for a meeting to start, that’s a missed opportunity to build relationships. If we get rid of the phones, we all have to sit there now, and you say things like, “How are you? How was your weekend? I heard your dad was in the hospital. Is he okay?” “Yes, thank you. He’s doing much better.” We’re interacting. For offices that I’ve worked with that have experimented with this, they’ve seen meetings become more productive, and more important, they’ve seen trust and cooperation skyrocket.

Katie: The worst thing is when you see somebody out to dinner. I remember there were these six people at a round table having dinner, all on their phones. I think you’re right. People are addicted.

Simon: You know, you cannot trust your willpower to overcome addiction. Willpower is not strong enough. This is why we take the alcohol out of the alcoholic’s house, because we can’t just tell them, “Don’t drink.” It doesn’t work that way. We have to physically remove it. If you go out with your friends for dinner, don’t bring a phone. Literally don’t bring it. If you have to, because you need to get an Uber home or something, everybody give your phone to [the person on] the left, so somebody else is holding your phone.

I’ve heard of families who’ve gone on family vacations where they wouldn’t let anybody bring their phones. They brought one family phone. The first three days were awful, and then the family bonded, and it was the best family vacation they’d had.

To read the second half of this edited conversation, click here.