How to Kick Ass With Humility 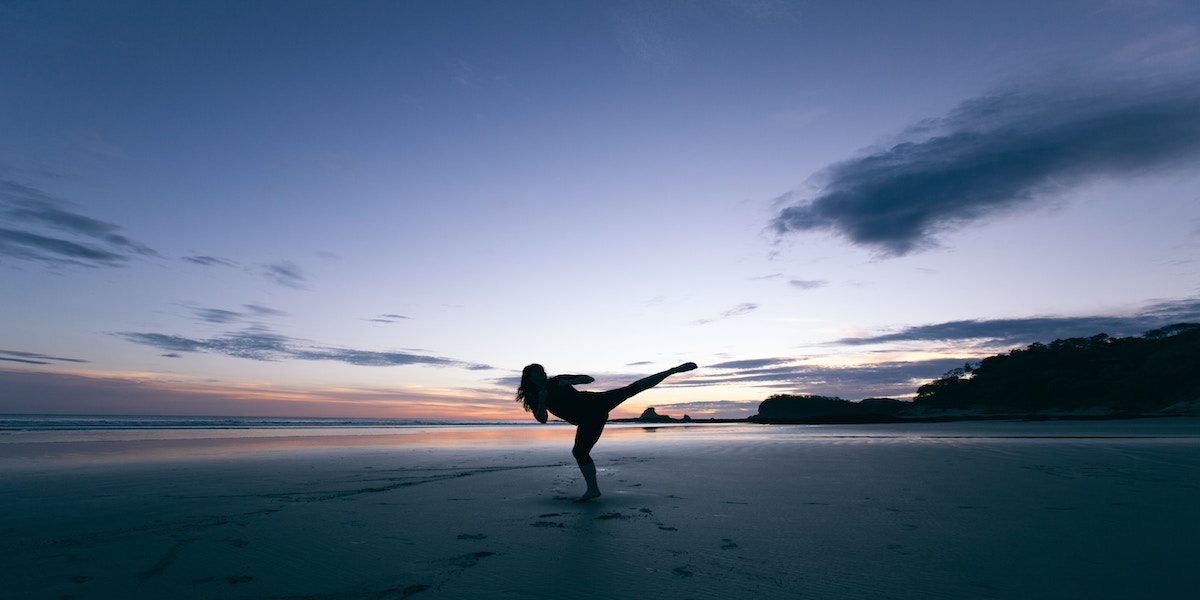 Sarah Robb O’Hagan is the CEO of Flywheel Sports, has served in executive roles at Nike, Gatorade, and Equinox, and is the author of ExtremeYOU: Step Up. Stand Out. Kick Ass. Repeat. University of Pennsylvania psychologist Scott Barry Kaufman recently hosted her on The Psychology Podcast to discuss stubborn humility, why not being well-rounded is an advantage, and what the “magic” is in your magic drive.

Scott: Grit and resilience. You’ve learned a lot about both of those factors personally in your own life. You weren’t born kicking ass, right?

Sarah: Definitely not. The most formative memories of my childhood were just really painful failures, over and over again. I remember failing a really big piano exam I had been preparing for, failing to make the sports team I was trying for, failing to make the A grade. I didn’t realize until years later that all of those failures are what actually propelled me forward in the end.

Scott: This sounds like you have a big growth mindset. And hope, as well.

Sarah: It’s interesting you mention hope. People often ask me if I kept failing, why did I bother to believe. You would know better than me if hope is nature or nurture, but I feel like for some reason I deserved to make it. I never stopped believing that I could make something of myself.

“I never stopped believing that I could make something of myself.”

Scott: This is actually a recurring theme among a lot of hyper-achievers—a certain level of confidence [and] something that’s very inner-driven, as opposed to outer-driven. It’s an ineffable quality that propels a lot of these individuals forward. You almost need that to insulate yourself from external judgment.

Sarah: One of the things that was so powerful to me about all the people I interviewed for my book, many of whom are some of the most successful humans on the planet, is that so many of them didn’t start out that way. What stood them apart was [their] belief in themselves despite the fact that other people are telling them not to do things. They have this sense of “No, this is who I am, and I know where I’m going.”

Scott: [How] do you balance that with humility? You cover lots of ways of kicking ass, and some of them may seem contradictory.

Sarah: Humility was a huge psychological behavior common between these people. Humility goes hand-in-hand with curiosity. You’re open to learn and see things differently, and that’s a very important trait to cultivate.

Scott: We can sometimes hear the message “kick ass” and let that overshadow [humility]. You’re bringing in nuance and these seemingly contradictory ways of being, but they need each other in order to truly kick ass. There’s an open-mindedness combined with inner confidence combined with humility.

“Humility in itself goes hand-in-hand with curiosity. You’re open to learn and see things differently, and that’s a very important behavior trait to cultivate.”

Sarah: It is [really] about openness to experience. By the way, let’s talk about introverts and extroverts for a second. A lot of people assume that “Extreme You” means loud, extroverted, bossy. But being your extreme you is being the most potent, maximum version of yourself, leveraging everything you bring to the table, everything you care about.

Scott: I like the idea of kicking ass as transcending your temperament in that dimension, and also embracing contradictory instincts within yourself. There’s no saying that if you are an introvert, you can’t get enjoyment from acting extroverted—in fact, there’s a lot research telling you that you can. And there’s no reason an extrovert can’t enjoy relaxing and reading a good book.

Sarah: Yeah, that’s why I run so much. Get away from all the people in my life and have quiet time.

“I like the idea of kicking ass as transcending your temperament in that dimension, and also embracing contradictory instincts within yourself.”

Scott: None of this stuff is absolute in anyone. Tell me about the phrasing of one [of your concepts from Extreme You,] “Ignite Your Magic Drive.”

Sarah: I spent a lot of time trying to figure out, “Why are some people more driven than others?” It is associated with having spent time exploring what you love and what you hate, getting yourself into the right path that works for you. Then, people who have a lot of drive generally have set goals that are a little bit of a stretch. Not impossible to attain, but far enough out that they are pushing themselves to get there. I [like to] use a mountaineering analogy—you get to the top of the mountain, and suddenly you see there’s a whole beautiful mountain range behind it that you couldn’t see before, and now you want to go tackle that one.

Scott: So where does the “magic” come in?

Sarah: The magic is when you connect. [What] often contributes to the magic drive is telling others about it. So many people told me that when they told their friends, “I’m going to go climb a mountain,” or “I’m going to go start a new company,” and they said, “Here’s thousands of reasons why it won’t happen,” that triggered in them this “Let me show you” response.

Scott: What’s the connection between igniting your magic drive and playing your special game? I feel like those two are really related.

Sarah: Definitely. I stumbled upon the idea of playing your special game by working for some of the global brands that have really impacted us the most. Whether it was Nike or Virgin or Gatorade, they all focus on a very specialized position in the marketplace.

I realized that was actually a really interesting way to think about yourself as developing your career, or making the most of your own skills. What is your positioning, what is your set of unique skills, and how do you get your life onto your own playing field that plays to your specialized skills?

I didn’t start my career in the airlines thinking that I was going to end up running fitness companies. It was just the trial and error of things I really loved and was good at, versus things I really sucked at. When you find yourself in an environment that’s core to what you care about, suddenly the magic turns on, and you are driven in a way that you wouldn’t otherwise be.

“What is your positioning, what is your set of unique skills, and how do you get your life onto your own playing field that plays to your specialized skills?”

Scott: I think there’s a lot of discussion [about] “When to grit and when to quit.” When is it okay not to grit it?

Sarah: Generally, most of us know intuitively. When I was with Atari, I ended up getting laid off and could see it coming. Not only was I not performing well, but I didn’t enjoy it. There’s a difference between that and when you’re in a role [you’re] passionately determined to make succeed. Most of us do know in our gut.

Scott: Very rarely will someone say “We don’t want you to work on something anymore” that you are genuinely absorbed in.

[You also argue that] part of kicking ass is also being creative.

Sarah: Once you’re in your specialist game, then you want to use your skills to innovate and create and change the game around you. I use the business example of the Gatorade turnaround—their specialty was that they knew more about exercise physiology and sports nutrition than any other company on the planet, [so I] changed the framework from just being a sports drink company to making all sorts of sports nutrition products. Play your own game, and move the environment around to get on your own turf. That plays to who you are, and you’ll do a whole lot better.

“You should only care about what you care about. It’s just about making sure that if you want to keep growing, you have the curiosity to go explore and find something else to challenge you.”

Sarah: Very cool. I’m going to have to look him up.

Scott: [You write about] “breaking yourself to make yourself”—what’s the optimal level of breaking and making? Is there a personal standard to kicking ass that’s okay, versus social expectations of kicking ass?

Sarah: You should only care about what you care about. It’s just about making sure that if you want to keep growing, you have the curiosity to go explore and find something else to challenge you.