Adam Grant and Michael Lewis on the Art of Storytelling 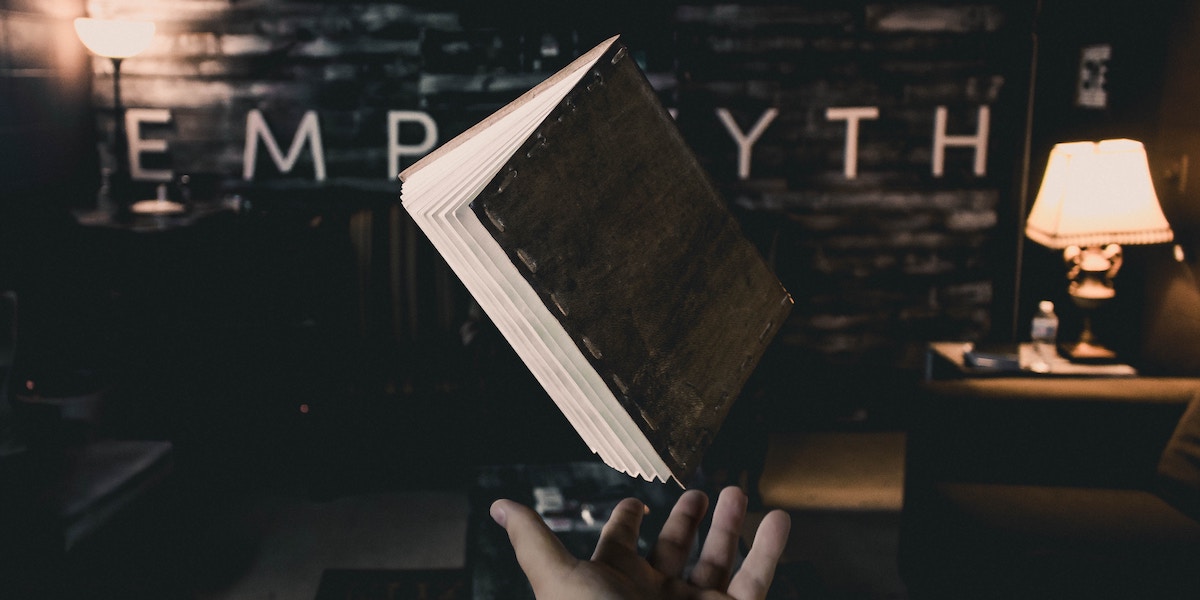 Michael Lewis is the New York Times bestselling author of multiple books of nonfiction, including Moneyball, The Big Short, and Flash Boys. At Authors@Wharton, a recent speaking event, Michael sat down with award-winning Wharton professor Adam Grant for a conversation about the friendship between groundbreaking psychologists Daniel Kahneman and Amos Tversky, whose collaboration forms the basis of Michael’s new book, The Undoing Project. Along the way, Michael offered this sage advice on writing and storytelling.

Adam: One of the things I’ve been up to this week is making calls and emails to people who have described you as a friend or colleague to get a sense of the most important things we can learn from you. The first person was Malcolm Gladwell, who says you’re the writer he most wants to be when he grows up.

Michael: Malcolm has a strategy, it’s called a love bomb. When he wants to destroy you he says nice things about you. Malcolm is a vast talent who in absolutely no way lives in awe of me, but it’s very nice that he said that.

Adam: He stands by it… I’m interested in your ability to tell stories and bring characters to life. I’m curious how you’ve honed this craft of storytelling, and what we can learn from that.

Michael: I didn’t think of it as honing a craft. That’s not fair. I’m not thinking I’m getting better and better. Each story makes its own demands on you.

Rule number one: interesting things happen to people who can tell interesting stories about themselves. Developing a narrative impulse about your own life is incredibly enriching. Most people don’t. Most people walk in a room and don’t see the story of their life. If you were observed closely, you are a very good character. A lot of people are good characters if they’re watched closely. So watch.

Rule number two: if you want to tell good stories about just your own life, observe it. Observe what’s around you, take time. Back off it a little bit. Have some detachment about it. [As Amos Tversky would say]: people waste years of their lives because they’re unwilling to waste hours of their day. They think that important people are busy, so if they’re busy they must be important. That’s not a good strategy. You can’t be really busy all the time and notice the things that lead to stories.

“Sometimes the better stories are messier. Don’t be afraid to see the complexity.”

Rule number three: pay attention to the way you tell the story of your own life. If you are always the victim, or something bad is always happening to you, you might notice patterns. I’ve found the happiest people and the best storytellers often find gratitude in life. You can find your good fortune if you look for it.

Once you set about trying to tell stories about other people, some other rules: Admit contradictory evidence. Cheap storytelling is a cheap pattern writing machine.

If there’s something that violates the pattern, if you incorporate it into the story, often it makes the story even richer. It’s at first blush uncomfortable, because you had this neat story. Sometimes the better stories are messier. Don’t be afraid to see the complexity. For a story to rise to the level where I want to tell it in print, it’s got to have a bunch of ingredients that anecdotes about your life don’t necessarily have to have. Although the ability to tell the anecdote is a requirement to tell the story in the first place, it’s got to have a character who interests people, who they want to follow.

If you create a character who the reader will follow, it’s amazing where they will follow him. They will learn about collateralized debt obligation, if they get interested in Steve Eisman or Michael Burry. They will learn about baseball statistics, even if they have no interest in baseball, if they are interested in Billy Beane or Scott Hatteburg or Chad Bradford. Be very alive to the situation in which the character finds themselves. All these books start with a character in a situation that I find interesting.

Michael: I don’t think in terms of perfection—as many of my reviewers have pointed out. I think, is it alive on the page? Is it jumping off the page? When I’m editing, I try to edit on paper, on a phone, on my computer, because each time you see it differently. I’ll have a couple glasses of wine and then read it, that really helps. It’s just different states of mind. Is it alive when you’re seeing it fresh?

What I don’t do is what you just did. I’m not comparing myself to someone else, because I can’t be someone else, I can just be me. The goal is to be the best me, not the worst me. This is going to be depressing advice, because I’m not sure you can teach voice. People have voices, or they don’t. I’ve never really seen anybody learn a voice. Not trying to sound like someone else, just sounding like yourself, has a huge effect on a reader. They feel like they’re being spoken to. That’s refreshing. Stop reading my stuff, and comparing it, because it’s going to be different anyway, right?

Adam: I’m with you there. But I think that sometimes you want to create a similar feeling in the reader. So you can learn things from other writers.

Michael: You can learn that indirectly, but be careful about it. Imitating prose… It’s hard to take stuff from other people, as a writer. Having the nerve to be yourself is very valuable. Even if you don’t naturally have a strong literary voice, try not to sound like someone else. Sheryl doesn’t need much help. Her voice goes very well with Lean In, with that message. It sounds like her talking.

She gave it to me in draft form and I thought, “This is great.” It sounded like Sheryl bossing me around. She’s good at it.

Michael: If some kid came to me and said, “Give me stuff to read you think will help shape me into a better writer,” I would hand them things like George Orwell’s journalism and essays. Prose that illustrates the power of simple clarity. The best lesson you can teach writers is to figure out what you’re trying to say and don’t overtax the reader with how you say it. You want the reader to feel like you’re not wasting his time.