Negativity is Built Into Our DNA. Here’s What We Can Do About It 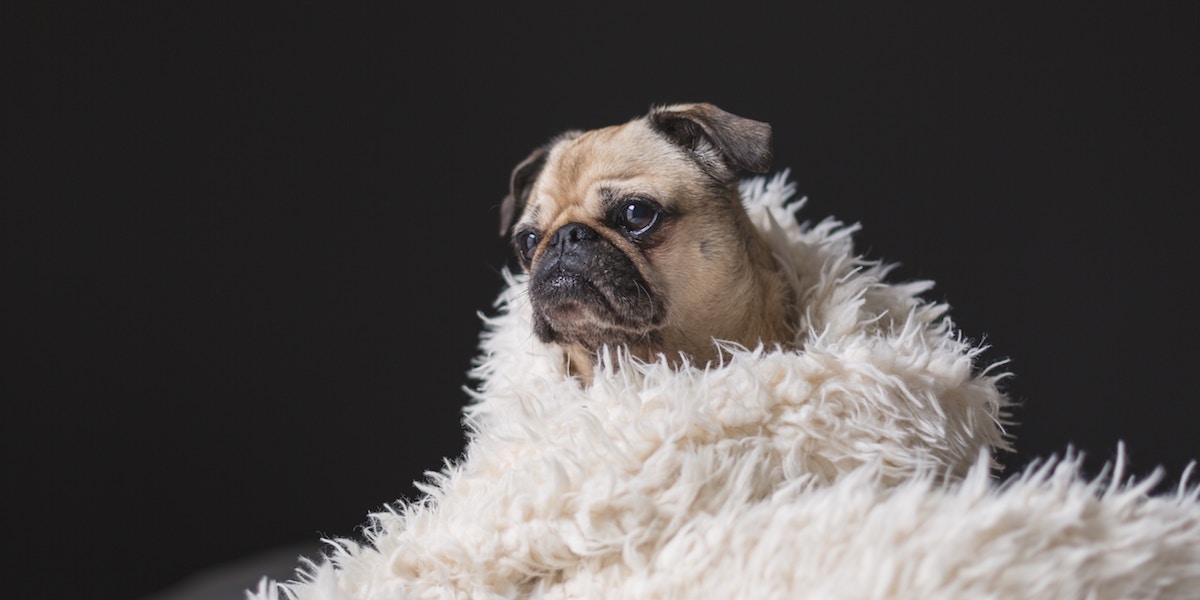 Adam Hansen is VP Innovation/Innovation Process Consultant at Ideas To Go and the author of Outsmart Your Instincts. Award-winning podcaster David Burkus recently hosted him on Radio Free Leader to discuss the cognitive biases we’re all born with, and how we can work around them to make better decisions and think more creatively.

David: I want to talk about the biggest misconception about our thinking—that we are rational, logical, structured thinkers. We’re actually far more emotional and far less logical than any of us realize.

Adam: Yeah, in the Enlightenment a couple centuries ago, thinking of man as this very rational, ordered being brought about some great things—and that is true of us at certain times and given certain circumstances—but overall, that’s really not the case.

Once you grapple with the fact that humans are pretty irrational creatures, but that we can understand why that irrationality emerges, some really cool stuff starts to happen. With that comes some humility, some sense of humor about it, and you realize that we’re all in it together.

David: Let’s dive into some of these biases. Let’s start with the negativity bias, this idea that we always skew toward the threats and negative things that could happen to us, because it’s in our genes.

Adam: Losses loom large because they had to for our ancestors to survive. For those who are familiar with Maslow’s hierarchy of needs, we didn’t have to worry about the high-order needs if we didn’t survive. Years and years ago, when survival was really the big win, the people who made it were those who were the most risk averse.

David: The ancestor who decided to be curious and check out that rustling in the bushes got eaten by a lion, but the ancestor that always feared that it was a lion, even when it was actually a little gopher, they lived. And we have their DNA.

Adam: So we come by this very honestly. We are the descendants of the savants of risk aversion.

“Once you grapple with the fact that humans are pretty irrational creatures, but that we can understand why that irrationality emerges, some really cool stuff starts to happen.”

It wasn’t that long ago that things like curiosity were seen as bad things—“Curiosity killed the cat.” It’s easy to understand why negativity bias became such a key part of our cognition, but we need to bring some awareness to it so we can do something about it. Our starting point is not neutral; it’s negative.

Adam: That’s true. And you can also see why negativity appears profound, and we give smart points to those who can most quickly eviscerate any new idea. It seems adult. It seems businesslike.

David: I think that’s everyone who’s ever been a talking head on cable news. All they do is jump on and criticize whatever was just announced. It doesn’t matter who announced it or for what, because we project, “Oh, you must be smart because you know the flaws in that argument.” Maybe you’re so not smart that you can’t think positive.

Adam: [The facts] that negativity is both reflexive and appears profound should not coincide. And that, again, just highlights our irrationality. We need to figure out smart, emotionally intelligent ways to work with these folks who regularly dine on negativity.

David: I’ve always thought that negativity bias is a bit related to another bias you talk about, this bias toward the status quo, the idea that we don’t like change. If what we’re doing is working, then when we look at any reason to change, we’re more likely to see the negative things that could happen from that change as more feasible than the positive things, right? Because we skew to the negative.

Adam: I think you’re right. Loss aversion is arguably behind both of them. [With] the status quo bias, we never subject the status quo to the scrutiny that we do all the new options. If we simply put up our current situation to the same evaluation criteria, we might realize that what we have isn’t necessarily the bee’s knees.

David: Totally. So let’s talk about breaking through [these biases].

“Our starting point is not neutral; it’s negative.”

Adam: [For] negativity bias, absent any real effort, you’re going to go straight to what isn’t working in a new idea—so don’t do that. That’s just cognitively lazy. Go first to what is working or what could be working and ask yourself, what do you like about it? Every idea is really a compound of ideas. It has all these facets, all these little pieces, and so even if it’s a horrible idea overall, you can still isolate something in there [that you like].

What value could be there? What benefit could come out of this? And what potential are you starting to see because you’re not dismissing it out of hand? Once you start considering ideas for the provocative value, maybe more than just their immediate merits, really cool stuff starts to happen. Every idea can become this multiplicative force, and now I’m not building a shrine to this one idea. I’m simply using it to help me come up with even better ideas. Once you’ve done that, your mind is in a much better frame to take on the problems with the idea, the very real issues.

We believe this overall mindset is a great approach, and clients who really get it come back to us and say, “We’ve started to run all our meetings by this, and you can’t just say, ‘I don’t like this’ because ‘I don’t like it’ doesn’t contain a whole lot of information. ‘How might we’ or ‘How do’ or ‘I wish to’ or ‘I wish for’ actually does start to push toward a solution and starts to open up real opportunity.”

And so we in addition to being a great creative approach, it’s a productivity enhancer, because too many meetings that I’ve attended were spent just shooting down ideas. You get to the end of the meeting and you ask yourself, “What did we truly accomplish other than having the very thin satisfaction of preventing some ideas from going anywhere?” The answer too often is, “Not very much,” and we want that to stop because it’s not very smart.

David: You hinted there at the importance of changing this sort of lingo. One of the other biases I wanted to talk about was conformity bias, this idea that the nail that pops up gets hammered down. Over time, people learn you have to get along, and people learn not to speak up.

Adam: When you’re trying to come up with [a new] idea, conformity should be the last consideration on anyone’s mind, and it’s on leaders to model this and make it safe.

There are times and places where a concern for conformity could be really important in innovation. Just understand that it’s an instinct and your starting point, and you [can] unnecessarily let it get in the way, whether you’re a leader or a follower.

“You get to the end of the meeting and you ask yourself, ‘What did we truly accomplish other than having the very thin satisfaction of preventing some ideas from going anywhere?’”

David: You just talked about the importance of leaders in creating an environment of psychological safety, which I think is huge for confronting really any bias. Because coming to terms with any bias is a process of risk taking and exploration and trying things that you might end up being wrong about. So psychological safety becomes hugely important for encouraging that risk-taking behavior.

Adam: It seems like the simplest exercise in the world to ask our leaders when they’ve been in situations of being psychologically unsafe in a work environment, and how they felt, and how their performance was affected. Is that something they want to perpetuate? If you’re not watching your own signs, signals, and behaviors, you need to get to work on that because you [may not be] getting the best work out of everyone. As leaders, we have to make sure that we’re modeling the right behavior.

David: Totally. What do you believe that most people don’t?

Adam: That some of those intuitions that you had as a kid shouldn’t necessarily be swapped out just because you’ve grown up. When I think back to some of the things that really animated me as a kid, I’ve always tried to make sure that a key part of what I was doing was still tied to that. I’ve always considered myself a creative person, and I’ve never let anyone get in the way of that. So the idea that in growing up, we have to put away childish things… Don’t put away every childish thing. Hang on to the most essential part that gets to the core of who you are.

David: I like it a lot. In your view, what makes someone a leader?

Adam: Perspective. I think the right perspective necessarily involves great love and understanding. We spend so much time at work that we need to make sure that we’re doing everything we can to contribute to a great environment where people can grow, and have that sense of psychological safety. If it’s merely transactional, if it’s merely functional, we’ve done something wrong.