Paradise Is Where You Are: Life Advice from an Award-Winning Football Coach Turned College President 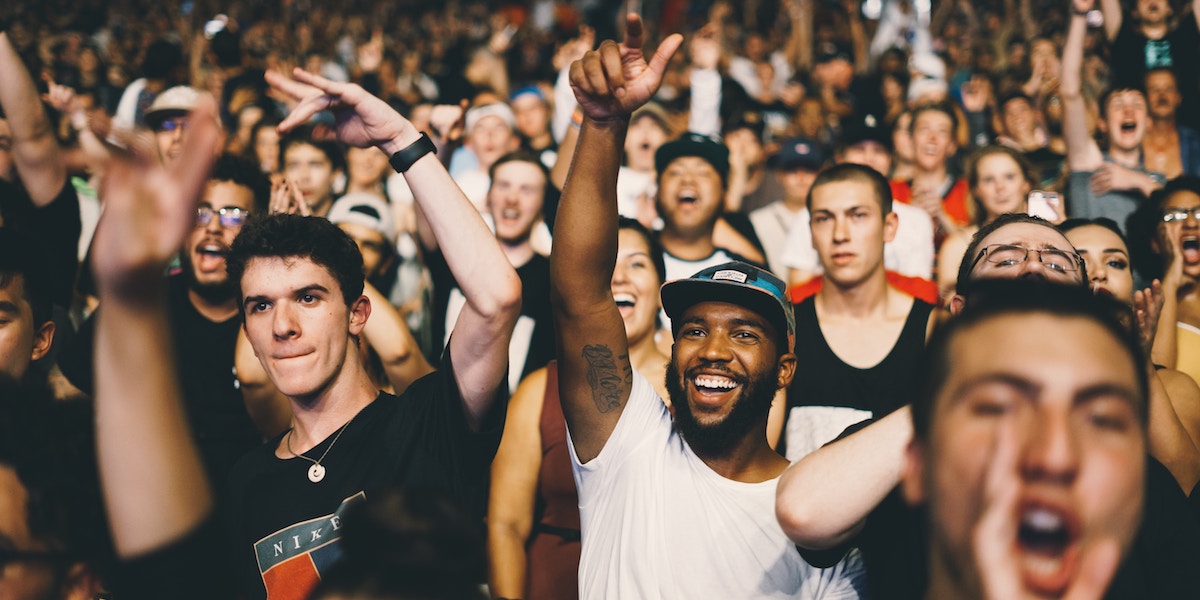 Jim Tressel is the president of Youngstown State University and a former college football coach. He served as head coach of the Youngstown State Penguins from 1986 to 2000 and the Ohio State Buckeyes from 2001 to 2010, winning five national championships and 12 “Coach of the Year” awards. Tressel has published two books: The Winners Manual: For the Game of Life and Life Promises for Success. He joined Ryan Hawk, host of The Learning Leader Show, to talk about what it means to be an educator, and why all good leaders are good servants.

This conversation has been edited and condensed. To listen to Jim and Ryan’s full conversation on The Learning Leader Show, click here.

Ryan: You’ve been fortunate to spend a lot of time around people who have achieved big things in their lives, and you are a high achiever yourself. What are a few of the common characteristics that you’ve found in high achievers?

Jim: The most effective leaders are achievers and servants. I was fortunate to have that type of role model from day one, with my parents. My dad was a head football coach and athletic director at Baldwin Wallace College, so he was constantly spending time with others, and I saw how much he enjoyed it.

On the other hand, the person that probably affected me most intimately and personally was my mom. Her passion was to help us grow and turn into the kind of folks that we’d be interested in being. If you’re fortunate enough when you’re young to have folks model what achievers do, what leaders do, what servants do, I think you have a heck of an advantage. So any time we sit around talking about what we can do to make our society better, I think it begins with parenting.

“The most effective leaders are achievers and servants.”

Ryan: When many people make it to their dream job, they go to a beach or play golf when their run is over. You, I believe, had your dream job as the head coach of Ohio State, but when it came to an end, you made this really intriguing pivot into something different. First you went to Akron, and now you’re the president at Youngstown State. Why?

Jim: Well, I never considered any job a dream job except for the one I was in. In fact, I try to live by the old saying that “paradise is where I am.”

“I try to live by the old saying that ‘paradise is where I am.’”

I think you have to be excited about where you are in the moment. I tell young coaches all the time, “It’s not where you’re coaching, it’s with whom.” For 15 years at Youngstown State, I didn’t think one day about being the head coach at Ohio State or the Cleveland Browns. I thought about what I could do to make Youngstown State better.

When I was done at Ohio State, I [told] myself that I wasn’t going to do anything until I read 100 books. I got up to about 32 books of all kinds, then got a call from Jim Caldwell who said, “Hey, we’re not going to have Peyton Manning this year. We’re going to struggle. Would you like to help?”

So I jumped in on that [and] I’m glad I did. When that year ended I decided that, after having spent that time in reflection and reading, I’d like to try something different. That’s when I decided to look into higher education—I was offered a vice presidency at Akron. It was a great learning experience and, without it, there’s no way I could be here at Youngstown State. You have to wake up each day where you are, with your feet on the ground, and ask, “How am I going to do good from here?”

“You have to wake up each day where you are, with your feet on the ground, and ask, ‘How am I going to do good from here?’”

Ryan: I want to talk to you about identity. Do you view yourself as a coach? As a school administrator? As something completely different?

Jim: I’ve always looked at myself as a servant and [asked,] “Where is it that I can serve?” I’ve always really enjoyed [being in] education. I’ve always viewed my identity as an educator, which I always believed was much larger than simply disseminating information to someone. An educator is a life educator as much as an educator of whatever material you’re trying to get across.

One of the most frustrating things in coaching was dealing with youngsters who had most of their accolades in life based upon them being good athletes. We worked extremely hard to talk to our teams about the fact that they’re not going to be able to play forever. They needed to learn that they’re going to do some extraordinary things outside of the sport too.

We’ve made people specialize in one activity, and I’m not sure we’re teaching and growing well-rounded people with a broader identity than simply the sport they play.

Ryan: What would be the message you would share with current student athletes when it comes to identity and life after their sport?

It was a long process, a lot of writing—the kids hated it. I would sit down with each of them and we would talk about what was important to them, what the challenges were going to be, [how] to manage time and focus on what [they] want. You have to decide early and in advance what it is you would like to accomplish.

The fun part of being an educator is being with the students. We used to always say that the best part of our day in coaching was 2:00 when the players arrived until 6:00 when they left. The other 20 hours weren’t that much fun, but the four hours they were there was a blast.

Ryan: [When] you tweet, you always hashtag it with “quiet time.” What’s the significance of quiet time?

Jim: It was something we started our first year here at Youngstown State back in 1986. It was just a time every day in pre-season when we were all together that we wanted our guys to start their day with. The only way you can set your mind is in quiet. The only way you can clear your mind is by thinking good thoughts, reflecting, reading, considering thoughts you read.

The only thing that was mandatory during quiet time was they had to write down one thing that they were grateful for. I think no matter what’s going in your life, if you begin your day with a positive thought of something that you’re grateful for, it gives you a chance to think right.

“The only way you can clear your mind is by thinking good thoughts, reflecting, reading, considering thoughts you read.”

Ryan: What do the first 60 minutes of your day look like?

Jim: If I’m really disciplined, it’s on the treadmill, and catching up on the world news, and then I’ll spend some time in quiet time. Or if I feel like I’m in a hurry and maybe lacking a little physical discipline, it’s in quiet time. I think the worst thing you can do is wake up in the morning with your mind in a hurry—you’re not going to be that effective.

If you can clear your mind and enter the day on an even keel, I think you have a much better chance to have an effective day.

Ryan: You read 32 books before Jim Caldwell called you. What have been the most influential books on your life?

Jim: A book called Traveler’s Gift, [written by] Andy Andrews. It’s a unique book about the seven decisions everyone needs to make in their life. [Another] book I read recently was a book that our former strength coach, Eric Lichter, gave me called Outwitting the Devil. It’s a book written in 1938, but wasn’t published until 2011, and it talks about that control of the mind.

Ryan: What is the first thing that pops in your mind when you see the phrase “learning leader,” the title of my show?

“I don’t think you can influence unless you are influenceable.”

Jim: A lot of people look at the word “leader” with the wrong definition. They think of “leader” as being a position or a rank—“How many stripes are on your uniform?”

The word “leader” really means “servant.” It isn’t about your rank—it’s about the action that you take to serve others. One phrase that I’ve shared with a lot of people is that I don’t think you can influence unless you are influenceable. And the only way you can be influenceable is if you are listening to what the other person’s feeling and thinking and talking about. That’s really critical for a learning, servant leader.