Pure Vegetarianism Can Be Challenging. Here’s Another Option 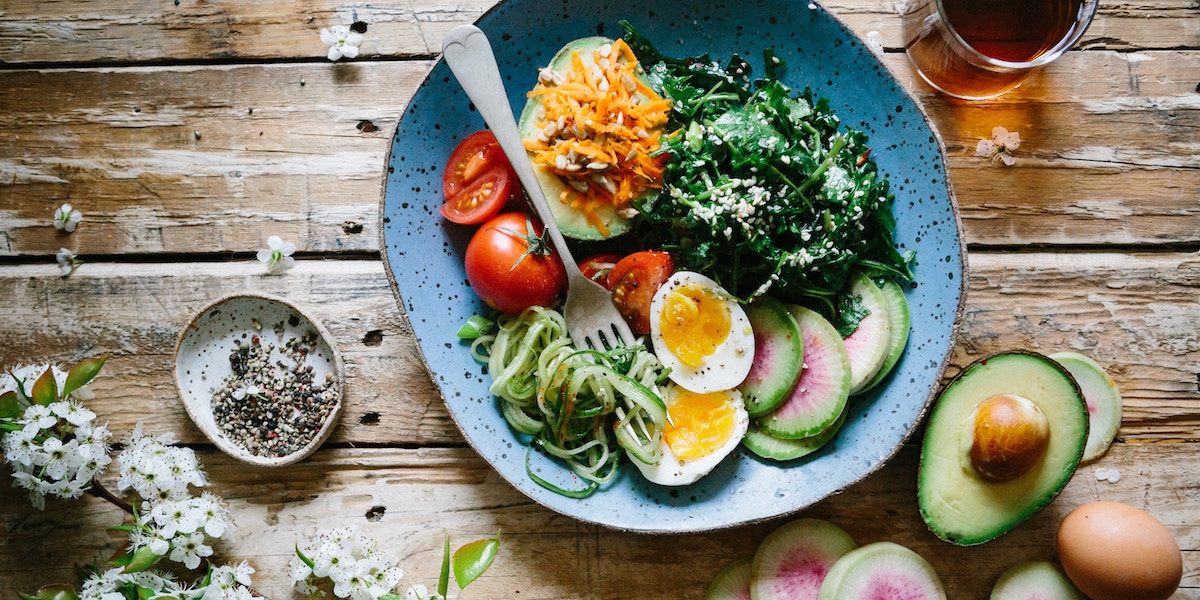 Brian Kateman is the president and cofounder of the Reducetarian Foundation, a non-profit organization dedicated to reducing meat consumption in the hopes of creating a healthier, more sustainable, more compassionate world. He recently sat down with Heleo’s Assistant Editor Jeremy Price to discuss his latest book, The Reducetarian Solution, and how, in lieu of full vegetarianism, a reducetarian diet can improve our health, save animals from factory farming, and protect our planet from global warming.

Jeremy: For the uninitiated, tell me about what a reducetarian is and how you came to start this movement.

Brian: A reducetarian is anyone who’s interested in cutting back on the amount of animal products that they consume. Think red meat, poultry, seafood, eggs, and dairy. There are lots of reasons why someone might want to do that, from an environmental perspective to a health perspective.

When I was a kid, I spent a lot of time in the natural world, and I started to care a lot about the environment and the animals that were living in those spaces. When I got to college, I was kind of that guy on campus who was telling people that you can help the planet by recycling and taking shorter showers and carrying around a refillable cup of water.

Brian: I might’ve been that guy. It wasn’t until much later in college that I made the connection between animal agriculture and many of the issues that I cared about. Someone gave me a book by Peter Singer called The Ethics of What We Eat. It talks about how factory farming is hurting the planet in terms of carbon emissions and water footprints, hurting billions of animals in these incredibly cruel conditions, and, of course, increasing rates of heart disease, cancer, and diabetes.

My mind was blown. I said, “I’m going to be a vegetarian,” and it went really well. I felt happy that I was living a life that was in line with my values. I felt energetic. I was enjoying new foods.

The thing is, I wasn’t always perfect about it. I remember one Thanksgiving, my family pressured me to have a little piece of turkey, and I did. In that moment, my sister said, “I thought you were a vegetarian, Brian.”

With enough of those experiences, I realized there was a need for a word that described someone like myself, who was committed to reducing the amount of animal products that I consumed, and was also inclusive. I see vegans and vegetarians and really anyone who’s trying to eat fewer animal products as reducetarians, as people who are committed to making changes to their lifestyle. That’s really what a reducetarian is.

“It is a fascinating idea that we can love some animals and participate in the harm of others.”

Jeremy: I think a lot of us know that eating as much meat as we do probably isn’t the best idea, but going full-on vegetarian or full-on vegan can seem like a pretty daunting thing. Especially since it’s been scientifically demonstrated that willpower is a finite resource, I can totally see the importance of the reducetarian movement, because not everybody is going to be okay with saying, “Okay, no more meat for the rest of my life.”

Brian: Yeah, there are going to be people who are intimidated by an all-or-nothing premise. [But] when you ask people to make a small change, they actually might become more open to make the larger change in the future. They [might] discover that they actually don’t miss meat as much as they thought they might, or they’re enjoying eating more plant-based foods.

Jeremy: One thing that really struck me while reading your book is this paradox when it comes to our compassion for animals. We love our dogs and cats, and yet we don’t extend that same compassion towards cows and pigs, for example. That struck me as so odd. It made me think of a couple years ago, back when Cecil the lion was killed. There was this huge outrage about it, and understandably so. In certain circumstances, we care so deeply about animals, and yet we turn around and have a burger, myself included. Why is it that there’s this discrepancy?

Brian: It’s a really great question. I’ve seen situations where a person is eating a hamburger and their dog is right next to them. Somehow we think of cows, pigs, chickens, and even fish as different from the creatures that we love. [But] when we actually analyze it, we know that farm animals have likes and dislikes; they have personalities. They have nervous systems that create the same type of sensory experiences that we do, [like] suffering and pain. Most people don’t recognize that the cow or pig or chicken that they’re eating was raised in an incredibly cruel condition, unable to move, unable to open their wings, pumped [full of] antibiotics and hormones. It is a fascinating idea that we can love some animals and participate in the harm of others.

Of course, we like the taste of meat. Asking someone to change their behavior such that they lose what they love, [like] eating a hot dog at a baseball game or eating turkey on Thanksgiving, can be quite challenging. I like the reducetarian approach because it’s a useful tool for talking about these issues in a nonthreatening way. Rather than saying, “You’re a bad person because you eat meat,” we’re able to have a dialogue about where our food comes from and what are the simple and meaningful changes that you can make to your diet.

Through that, we can then educate people about the horrors of factory farming and why, in addition to cutting back and cutting out factory-farmed animal products, perhaps they should talk about this issue with their family, with their friends, raise awareness that this is a really important and neglected topic. It’s just astounding to me that there are 70 billion land animals that are suffering, that are slaughtered every single year. 15% of greenhouse gas emissions come from factory farms. We know that people who eat large amounts of animal products increase their risk of everything from heart disease and cancer. There are all of these reasons to talk about this issue and, to your point, lots of reasons why we continue to eat over 275 pounds of meat [per person] each year in the United States, three times more than the average developed country.

Jeremy: I read that eating less meat is one of those few choices you can make that is both selfish and selfless. If you don’t eat as much meat, that’s actually much better for you health-wise. You already mentioned heart disease and cancer. How does eating less meat affect your health?

Brian: We know that plant-based foods are incredibly nutrient-dense. Fruits, vegetables, whole grains, legumes, beans, nuts, etc. are packed with nutrients [and] tend to be fewer in calories. Plant-based foods, in comparison to processed meats that are high in salt [and] saturated fat, are great boons to your health. I know a lot of [reducetarians] who feel lighter and more energetic.

There are so many studies showing that people who eat large amounts of animal products are increasing their risk of heart disease. We saw the World Health Organization put out the study linking meat with cancer. We also know, of course, about high levels of saturated fat being correlated with heart disease. I think of my parents, who may not respond to an environmental message or animal rights message. [So] I say, “Mom, I’m worried about your rising weight level. Dad, I’m worried about your type 2 diabetes. You really need to eat more fruits and vegetables and whole grains. I just want you to be on this planet longer.”

Jeremy: In case the ethics and the health issues aren’t enough to convince someone that this is a good idea, I also wanted to bring in the environmental stuff. Reading this book, I was struck by how beef production takes 100 times as much water as vegetable production, and that producing meat releases more greenhouse gases into the atmosphere than all cars, trucks, ships, and planes combined. How is producing meat so resource-intensive?

“Imagine if I told you that we’re going to order 25 plates of pasta, and I’m going to throw 24 of them in the trash. That is exactly what happens from the perspective of feeding these animals large amounts of crops.”

I often think about food waste. The truth is that when [it comes to] meat, even before the meal gets to your plate, there’s already this incredible amount of waste. Imagine if I told you that we’re going to order 25 plates of pasta, and I’m going to throw 24 of them in the trash. That is exactly what happens from the perspective of feeding these animals large amounts of crops.

Because of this, we’re seeing this incredible amount of waste in terms of carbon, water, and deforestation. There are so many environmental impacts of factory farming. If someone is concerned about the planet, taking shorter showers and recycling, driving less or driving a car that has better emissions, these are all fine things to do. But one of the biggest contributors to climate change, to biodiversity loss, to deforestation, is factory farming.

Jeremy: People might say, “I understand that eating meat is a problem, but I’m just one person. What I do with my meat choices isn’t really going to matter.” Why is it that individual choices do count for something?

Brian: Well, the first thing I’d say is what you put into your mouth is not as important as what comes out of your mouth. What I mean by that is that if you’re a private reducetarian, you’re not going to impact as many people as if you start talking about the horrors of factory farming and why it’s important that people reduce the amounts of animal products that they consume. And if there is some ballot initiative or policy, you can be an active participant in the [political] process.

At the same time, I think there are a lot of people who are feeling skeptical or disenchanted with the idea that they can make a difference in politics. [But] individual choices can be a useful way to contribute to these issues. The average person eats around 7,000 animals in their lifetime. If a person were to start off by saying, “I’m going to cut back 10% of the amount of animal products I consume,” that could be a lifetime reduction of 700 animals. These individual behaviors and attitudes do translate into the real world, and we do have an opportunity to make a difference.

We have a lot of problems we have to address, but we shouldn’t give up. I think we should keep smiling, be optimistic, and reduce consumption of animal products as best we can.