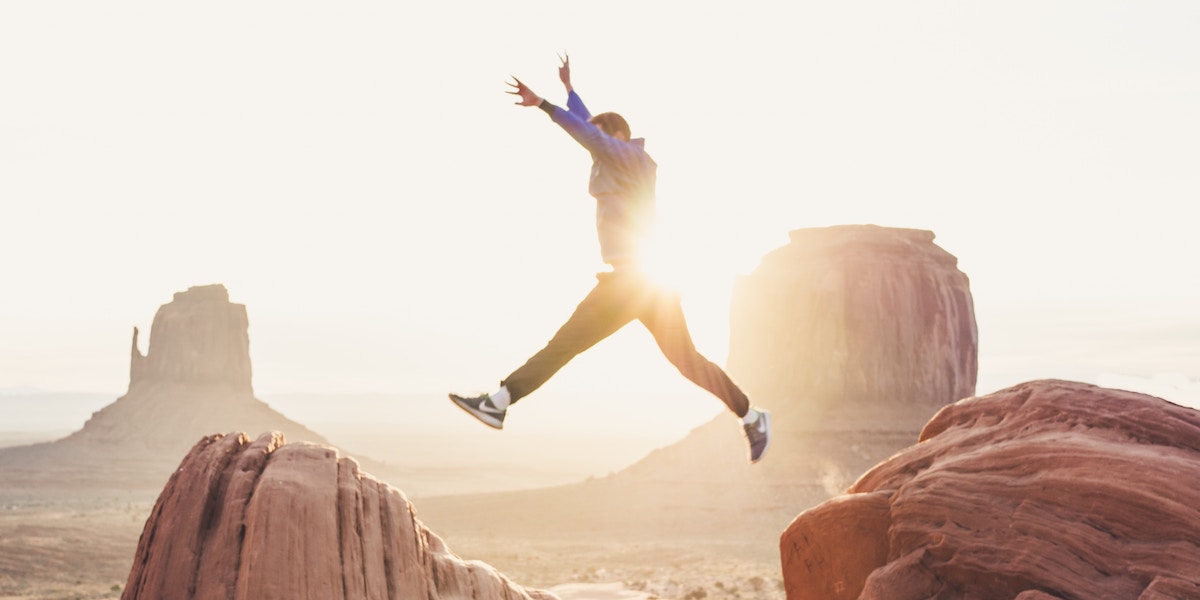 READ ON TO DISCOVER

Chris Voss is the CEO & Founder of the Black Swan Group Ltd and the author of Never Split The Difference: Negotiating As If Your Life Depended On It. Voss spent 24 years as the lead international kidnapping negotiator for the Federal Bureau of Investigation, as well as the FBI’s hostage negotiation representative for the National Security Council’s Hostage Working Group. He recently joined Ryan Hawk, host of The Learning Leader Show, to discuss how to negotiate like a master in all areas of your life.

This conversation has been edited and condensed. To listen to Chris and Ryan’s full conversation, click here.

Ryan: For 24 years, you’ve worked with the FBI as the lead international kidnapping negotiator. Over the course of your career, you negotiated 150-plus kidnappings worldwide, [and you’re] also the bestselling author of a great book titled Never Split the Difference: Negotiating As If Your Life Depended On It. If you had to pull out the common characteristics of the people who are the absolute best at negotiation, what do they all seem to share?

Chris: One of the most important, but least sexy, things in negotiation is to be able to listen. Great negotiators listen for very specific things, just like great athletes are looking for tendencies or quirks in the people on the other side.

One of my friends, Ned Colletti, is a former manager of the Dodgers, who talks about his negotiations. He’ll say, in a two-hour conversation, there will be 90 seconds of solid gold. One of those extremely important characteristics is developing the ear [to hear] the solid gold in the negotiation.

Ryan: What does solid gold mean?

Chris: First, you’re looking for a change in the tone of voice—you have to be listening close for that. You’ve also got to learn to look for the change in adjectives—there’s going to be subtle change in wording. It’s being able to take what you hear, listen for changes, and then understand there’s always a difference in the literal truth and the actual truth. You’ve got to hear for those differences and you’ve got to process. Then you ask good questions.

Ryan: That’s a great point. I respect leaders the most when I’m in a meeting and they ask what some may deem as simple, clarifying questions. Most people in the room wanted to ask the same question, but were too scared to do it because they thought it might make them look stupid. The best, smartest leaders in the room are more than willing to ask those clarifying questions.

Can you share a little bit about your background, Chris?

I also led the FBI for all the international kidnappings. For a period of time, it was my job to come up with principal strategies to get any American that got kidnapped out of danger, anywhere in the world, by terrorists or criminals.

Then, in the process of doing all of that, I wanted the FBI to get better. The Harvard program on negotiation is phenomenal, so I went there. To my knowledge, I’m the only FBI hostage negotiator to ever go through their training. When I was up at Harvard, they said, “What you’re doing in hostage negotiation is exactly what we’re doing in business negotiation.” Originally I was skeptical, but I found out that they were right, and that spun me out into the business world.

“The best, smartest leaders in the room are more than willing to ask those clarifying questions.”

Ryan: How do [hostage negotiations] relate to the business world? What is the same between getting a kidnapped American back and a guy who’s negotiating to close a deal?

In the business world, I’m going to try and cut my deal without changing my dollars. It’s stunning how far you can get with that because, in reality, companies [change] vendors not over price, but over satisfaction or peace of mind. In business or in hostage negotiations, all we ever sold was peace of mind. I find that to be enormously powerful in terms of business deals or leadership. People want to follow somebody who gives them peace of mind.

“In business or in hostage negotiations, all we ever sold was peace of mind . . . People want to follow somebody who gives them peace of mind.”

Ryan: You talk about ways to quickly establish rapport, and one of them is to be a mirror. Could you explain more about that?

The first time I was really effective with it as a hostage negotiator was for bank robbery—I got caught off-guard and started to mirror the bank robber. He started to just vomit information—he gave us information that actually got another bank robber convicted that we didn’t even know had ever been there.

People say stuff. They expand, they’re comfortable—it’s amazing how it just makes you go on. I use Howard Stern as an example—I think he is one of the great communicators on the planet.

Chris: So many celebrities will not go on the Howard Stern Show because they know that Howard is going to get them to say stuff that nobody else can get them to say.

Ryan: [Does mirroring cause] the person you’re negotiating with to open up and share more information because they get tired of hearing what they’ve said repeated back to them?

Chris: They don’t get tired of it. It’s almost like catnip to a cat. You can’t hardly stop yourself from responding, or a quick involuntary thing. It connects thoughts, it causes people to reword what they’ve just said and expand.

Ryan: I get a lot of emails from people who are very early in their business career, asking about how to negotiate for more money when they’re getting a job offer. How do you go about negotiating for a better offer?

Chris: First of all, looking at it from the employer’s perspective, asking for more money immediately makes you self-centered and selfish. Putting the focus on the long term gets you away from this. Pick some point in the future that we both agree on, and what you want then. If you immediately pivot to exactly where you want to be in the strategic future of the company, then the person you’re talking to says, “This guy is going to make my future better,” which then puts you in a position to ask for more, because you’re automatically more valuable.

Chris: Every single question that you ask is going to trigger an emotional response. “What” and “how” are questions that trigger empowerment in the other side. It makes them feel good. Everybody wants to educate somebody else. It gives them a chance to show how smart they are.

You’ll often use a good “what” or a “how” question to tease more information out of someone that they might not otherwise give. [Asking] “How am I supposed to do that?” is actually my favorite way of saying no.

Ryan: Chapter Eight [in your book] is on the topic of spotting liars. What are some of the keys that you found to spot the liars and ensure follow through from everyone else?

Chris: That takes us back to these “how” questions. [People who] lie do not think about follow through. [If you ask], “All right. How’s this going to work? What’s this going to look like?”, the liar will go dead silent on you because he’s never thought about it. They’d be stumped.

With the “how” questions, you find out whether or not the problem is fixable. Maybe you can solve the lie.

Chris: Yeah, the Pinocchio effect. The more words somebody uses to convince you, [the more likely] they’re lying. You should be getting a bad feeling in your stomach when someone is really knocking themselves out.

Chris: 7-38-55 is a rough ratio of the words, the delivery, and the body language on the percentage impact on the meaning when we communicate. 7 is the actual words, 38 is the delivery, and 55 is the body language. The way we communicate is extremely important; otherwise our words don’t hit the mark. We’ve got to have a tone of voice that people like to listen to. As soon as they don’t like our tone of voice, they’re not going to hear our words.

The most important body language that makes people want to talk to you more, as silly as it sounds, is nodding the head. People love seeing a head nod when they’re talking to somebody. It makes them happy.