Advice from Arianna Huffington on Raising an Introverted Child 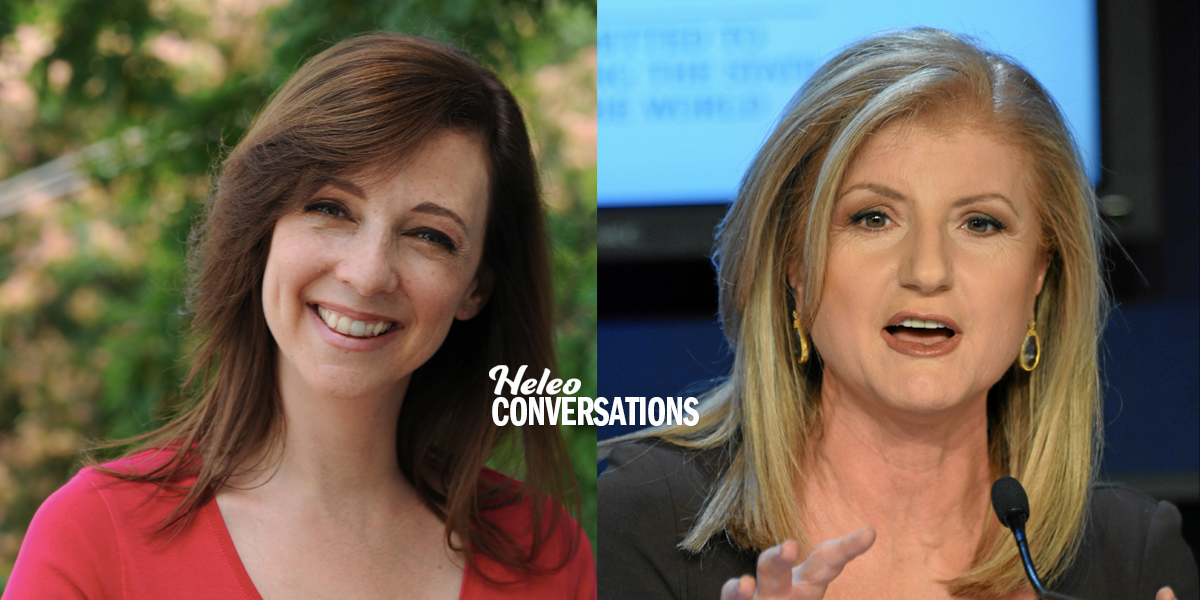 Arianna Huffington, the indomitable founder of the Huffington Post, among many other ventures, seems an unlikely introvert. And yet, in this intimate conversation with Arianna and her daughter, 21-year-old Isabella, Susan Cain discovered the two are a far cry from what she expected.

Susan Cain: Isabella, when I asked where you would most like to meet, you chose your mom’s apartment.

Isabella Huffington: It’s like an oasis in the middle of New York. Sometimes you just need to retreat. And it’s so quiet and calm.

Susan: I just assumed, as many people would, that you two were the quintessential extroverted-mom/introverted-child pair.

Arianna Huffington: I’m actually an introvert who taught herself to be an extrovert because of the things I wanted to do in my life.

Arianna: Yes, going back to my childhood. At my fifth birthday party, my mother had to send all the children away because they were interrupting my reading.

Gradually there were things I wanted to do in my life that necessitated being an extrovert, like public speaking. But I realize more and more that if I don’t honor the introvert part by having enough time by myself, to meditate or to read or simply to be alone at home, then I pay a price in terms of stress. And even in terms of my health.

Another clue was that I felt practically every emotion in my life except two: loneliness and boredom.

I’m perfectly happy being alone, as long as there are books and thoughts. When it was very clear that Isabella is a classic introvert, I honored that, but I wanted to make sure that she was comfortable with people and being able to express herself. So that was really my focus with her.

Susan: You’re a tremendously successful woman. That means attending a lot of dinner parties. And sometimes kids get dragged along.

For any introverted child, this could be a stressful thing. Isabella, given your mother’s career, were you pulled into moments that might not be so comfortable?

I went to the event for five minutes and I left. I said, “Oh I’m going to get a drink” and then I thought — wait, I don’t want to be here anymore.

Isabella: Now I’m grateful I did because I think I would have been a recluse if it wasn’t for my mom who really pushed me. But when I was 13 or 14, I would get really frustrated. Like, am I not ok the way I am? Why do I have to go to this? And I’d go to these sit down dinners and it’d be fascinating people and I wouldn’t say a word.

I thank God my Mom would be sitting there next to me to facilitate the conversation. But I remember one time she was at the other end of the table and it was the most miserable experience of my 13-year-old life. I didn’t say one word for the entire dinner. And it was up until maybe four months ago that that’s what I thought sit down dinners were. So if there was going to be a sit-down dinner I was going to leave. And then we finally went to one, and I was like, “This is ok.”

Susan: You always thought a sit-down dinner equals miserable experience for a kid…

Isabella: I’m 13 and everyone’s a grown-up. I think with a lot of introverts we have these moments in our childhood, and we don’t update the image of ourselves, so we keep being afraid of these things that are no longer scary. And if it hadn’t been for her, I would have continued to avoid them because I wouldn’t have made that first leap. And I think I would have missed out on a huge aspect of life.

Susan: I’m a mom, too, and I know it can be hard sometimes to make these decisions of whether you push your children to do something that they’re uncomfortable with or let them be. Did you ever second guess yourself when you were saying, “Isabella, come to this dinner.”

Arianna: For me it was more about exposing them to different people and different experiences and then they could decide what they wanted to do with their lives. We had a rule, for example, that they’d go to the opera once. They both said, “We don’t want to go to the opera.” And I said, “Well, you’ve never been to the opera. How do you know?” And then we would agree that we would go once and then if they didn’t like it, they didn’t have to go again. Instead of assuming that they didn’t like it because they never experienced it. So meeting people and going to particular dinners, if I thought they would like the people or an event, was part of the same idea.

Now we have this thing where you can go to an event and you can leave after five minutes. You’re not stuck there for the duration. And I think that’s been easier for you.

Isabella: Yeah, I did that for the first time a month ago. I went for five minutes and I left.

Isabella: Literally. I went there. I talked to the person I said I would go to. Then I said, “Oh I’m going to get a drink” and then I thought, wait, I don’t want to be here anymore. I mean, that’s not the graceful way to leave. Next time I’ll tell them I’m leaving. But I think it’s just people knowing that you’re there for them and that doesn’t mean you have to be there for the entire time.

Arianna: Obviously if she absolutely did not want to go to something, however interesting or useful in terms of her learning and growing I thought it would be, I think I had to honor that. And then we would negotiate about the future rather than forcing a child to do something they absolutely don’t want to do. And also, honoring how different children can be and not expecting the same things from one child that come easily to another child. That’s probably harder sometimes as a parent.

Susan: Some parents may see their child not going out, and be tempted to project their own feelings onto that. But that child might actually be very comfortable spending Friday night alone. The key is to keep an open mind and to ask questions.

Isabella: I could tell her, I want to stay in this weekend and it wouldn’t be like “Well, you won’t have friends. You’re being antisocial.” Ok, you’re recharging. And I was incredibly lucky because it taught me to ask myself what I want, not what should I do.

The New Megatrends: Seeing Clearly in the Age of Disruption

Tomorrow’s Capitalist: My Search for the Soul of Business
Most Read