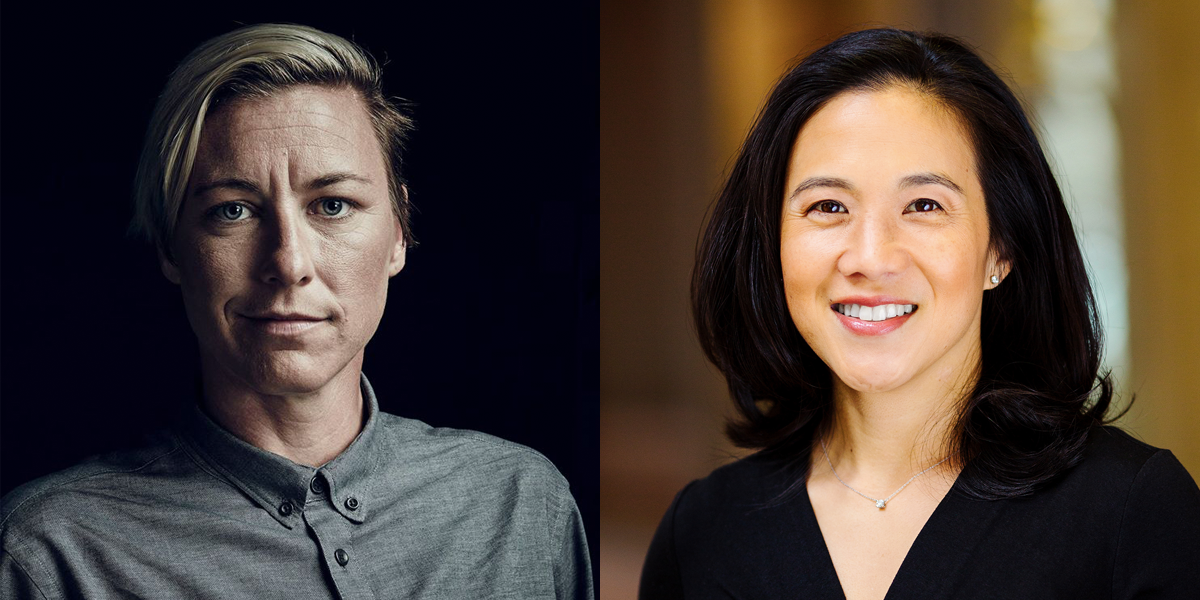 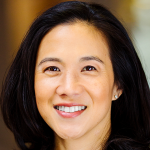 Angela Duckworth, author of the bestseller Grit: The Power of Passion and Perseverance, sat down with Olympic gold medalist and soccer phenomenon Abby Wambach at the University of Pennsylvania. Wambach is the all-time leading goal scorer in international soccer history. Duckworth spoke with Wambach about her remarkable career and her fight for diversity and inclusion in the workplace.

Angela Duckworth: There was recently a lawsuit filed by five of your former teammates accusing the U.S. Soccer league of wage discrimination. What do you think about that topic?

Abby Wambach: Since retiring and closing the chapter on my soccer career, I’ve been able to gain more perspective, and I’ve had a lot of conversations with my former teammates. I’m proud of them for stepping up and acting on what they believe.

I think during my career, I wasn’t able to figure out what to do with the information I had. I was either too scared to rock the boat or I didn’t want to lose the chance of being able to pay my mortgage. So I credit these women for taking the chance, not just on what they believe but on pushing the needle forward on this gender pay gap that our country faces. All the statistical information that these women are comparing against their counterparts is just off the charts unfair and unequal. I hope they win this lawsuit.

Angela: I don’t think most people had any idea that this wage gap even existed until the lawsuit was brought forth.

Abby: For a long time it’s been, “Well you better be grateful for what you got.” Our women’s national team made over 15 million dollars last year, and yes, it was a World Cup year for us, but our men’s national team lost 1 or 2 million last year. That’s staggering.

Angela: What fuels your passion for gender equality? And what can people who are not Abby Wambach do?

Abby: When I retired I started to get angry and upset and disappointed. When I look across the aisle and I go down the list of all the accolades that I’ve been able to achieve in my career, and I compare myself to my male counterpart, those men don’t have to work another day in their life. Not that I wouldn’t work, because I’m a passionate person and I want to be a good role model and contribute to society, but those guys get to decide whatever they want to do.

Honestly, it pissed me off. I became very impassioned about this whole idea of not just the gender pay gap issue and fighting for equality between men and women, but the biggie [equitable opportunity and pay for all]. I think people are a little bit afraid to go after the real true equality. It’s gay issues and gay rights or it’s women’s issues and women’s rights and you break it up. I mean, there’s minority issues and people aren’t being treated fairly and it’s happening all over the world. When I finished and I got pissed off enough, I was like, okay, I’ll change the world, that’s what I’m going to do for my next thing. Small goals.

I’ve always tip-toed the line of really dedicating myself to something or being a little too scared of either the success or the failure… success and failure are almost identical at moments.

Angela: Small goals, right. What is holding it back? What do you think the resistance is for most people to really owning up to issues?

Abby: Money and fear. And I don’t know which one comes first.

Angela: Like, “I don’t want anyone to have my money and I’m afraid of change?”

Angela: We have a common acquaintance, Anson Dorrance, the soccer coach at UNC. He’s told me that you’ve always had toughness, mental toughness and physical toughness, but in college, “You seemed not to know whether you’re just a wild ass or a world class striker. Clearly you made a decision at one point that you would be a world-class striker.” He wants to know what pulled you over the line and when did it happen?

Abby: I think it was probably the fact that he only offered me books as a scholarship to UNC.

Angela: He also told me about losing you, yeah. No, he hasn’t forgotten.

Abby: I’ve always tip-toed the line of really dedicating myself to something or being a little too scared of either the success or the failure. I was a little bit afraid of maybe going all the way and putting all my chips in one basket. You know as a psychologist, success and failure are almost identical at moments.

I fought that for pretty much all of my college time. And when I was in the international youth camp at 21, Jerry Smith, he was a coach for Santa Clara, he sat me down and said, “Listen, if you completely dedicate yourself to this, you will be on the women’s national team.” It was then and only then that I really listened to somebody and believed what they said. From that point on I completely dedicated myself and got as fit as I possibly could. One year later I was called in to my first national team camp. The year after that I was playing as a starter for our country in the Women’s World Cup in 2003.

Angela: Does Smith know that that conversation changed your trajectory?

Abby: Oh yeah. I’ve talked about him for pretty much my whole career.

Angela: I want to confess that as a psychologist, I can appreciate what fear of failure is. I know why we have that fear, and I can empathize with that fear. I don’t know, really, what people mean by fear of success. Do you mean that you both feared not doing well but also in some way feared doing fantastically?

Abby: If you knew what it felt like to be 5 years old and score 27 goals in my first 3 games of soccer — I knew that I had a gift. There’s something that I knew about my natural ability to be an athlete, and that was a way for me to gain attention … this is kind of opening myself up a little bit.

Angela: It happens when you sit down with a psychologist.

Abby: Being the youngest of 7, I wanted attention and that was a better way for me to get attention. I knew that soccer would be an avenue for me to gain all these things, but I didn’t want it to define me. I think that I feared success from that perspective because I wanted to be known as just me, not Abby the soccer player.

Angela: Do you feel like you’ve achieved that during your soccer playing career or did that only come after?

Abby: Throughout my career I have had moments where I pulled back from playing, but I was always able to go back to the game and right that ship. I also was developing, not just my emotional or mental capacity, but the ability to deal with the success. You can get railroaded by success. It can take over your life. It’s a really hard balance to be a pro-athlete having a mindset that’s not too egocentric.

I think a common denominator for great leaders is getting to the emotion and trying to motivate by inspiring, not by manipulating.

Angela: Teams are increasingly important in many work settings, and you’ve obviously been a part of world championship teams. We often struggle to identify those who contribute to team success without being flashy individuals who perform at the expense of the team. Do you have insights that could generalize to teamwork at large?

This last World Cup, my role changed to more of a role player. You can do one of two things: pout about it, or do whatever you possibly can to make sure that the whole team can flow and function in the best efficient way.

Angela: There are lots of metrics for individual players that reward all-star individual performance, like number of goals, and even assists. Are there any metrics for role players? How do you count that?

Abby: It’s hard because some of that stuff is immeasurable. The game of soccer has become so technically savvy — you have a GPS unit, a heart rate monitor — so everything is manageable and measurable from that perspective. But being a great leader and the inspiring and motivating things that make up great leaders is emotional. That’s really hard to quantify. I think a common denominator for great leaders is getting to the emotion and trying to motivate by inspiring, not by manipulating.

Angela: Psychologists often talk about growth mindset and deliberate practice, or systematically working on your weaknesses with feedback to get better. These concepts emphasize malleability of performance rather than something that is fixed. You mentioned when you were young you obviously had a gift. What are your thoughts on talent versus working to get better?

Abby: For me it’s both. There are people on my team that weren’t as gifted as I was but they worked extra hard. So maybe because I was gifted I didn’t have to work as hard to accomplish the same goal, but when you get to the level we were playing at, you have to press yourself every day and do everything. You have to check every single box every single day in order to just maintain. Then there’s this thing that I call mentality, the “it factor” that makes a difference between getting to the top and staying there, or just being average and cruising.

I believe everybody has the ability — again, this is not measurable stuff — to muster their it factor, or that little bit more, that 5%.

Angela: When you were training, did you try to capitalize on your strengths or did you feel like there was a greater return on your investment on remediating your weaknesses?

Abby: I worked on my weaknesses in the off season and then fine tuned my strengths in the season. Year after year you have this nice arch of increase in potential and increase of actual output — because after every year you get a little fitter, a little bit smarter, a little bit faster. So you want to do this, but I also think you have to be smart and mindful of what your weaknesses are. That’s the biggest problem with most people; they just don’t want to accept there are some weaknesses that they have.