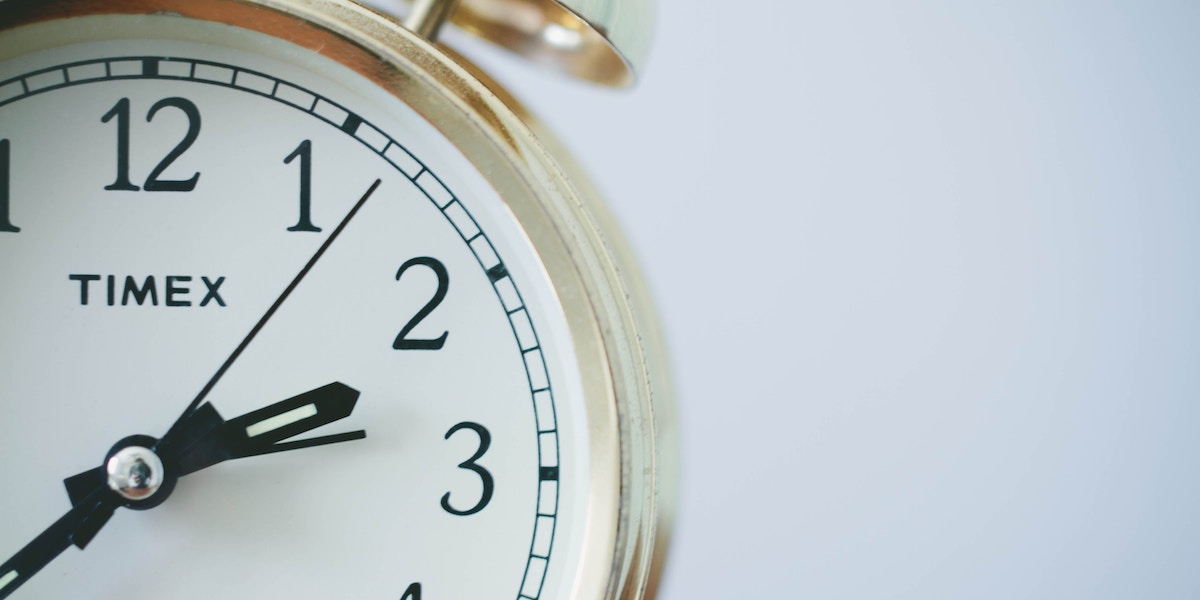 James Clear is a productivity expert who uses behavioral science to help nearly half a million newsletter subscribers optimize their habits. Srinivas Rao recently hosted him on the Unmistakable Creative Podcast to discuss the power of changing the environment, and the way we think, in order to steer ourselves toward better habits and a more fulfilling lifestyle.

Srini: You talk about how the world that we’ve designed around us shapes our actions. So how do we shape the world around us to create habits that move us toward what we want to happen in our lives?

The things that you encounter each day, the environment you live and work in, shape your behaviors. Here’s an example — if you package leftovers in tin-foil, then you don’t see them as well, and you’re less likely to eat them than if you packaged them in plastic wrap.

The idea behind identity-based habits is crucial. The basic idea is that most people focus on what I would call the “outer layers of behavior change” — things like your performance, or your appearance. If you ask most people to set a goal, they might say, “Oh, I want to lose 20 pounds in the next four months.”

That’s fine to have a specific goal, but the problem is it’s all focused on this outcome. So if you get to the end of four months and you’ve only lost 12 pounds, you feel like a failure, because you didn’t hit this arbitrary number. But that’s the opposite of how you should do it, because you’re [still] making progress on the goal. You’re much closer than you were four months ago, so you should feel good about yourself. But we don’t, because we focus on the outer layers of behavior change.

The inner layer is your identity, or the things that you believe about yourself. And we often try to achieve some type of behavior change without changing the underlying identity or the beliefs. Every action that you perform is driven by this fundamental belief about whether it’s possible or not. And sometimes we can fake ourselves out, and force ourselves to go to the gym if we don’t believe that we’re the type of person who works out, or force ourselves to make a sales call if we don’t believe that we’re good at marketing. But if you change your beliefs, the actions become so much easier.

It’s hard to stick to new habits because we’re often trying to achieve this performance-based goal without changing our underlying identity. If you take the workout example,”I want to lose 20 pounds in four months,” you could either focus on that, or you could ask yourself, “Who’s the type of person who could achieve this goal?” Well, it’s the type of person who doesn’t miss a workout. So then you focus on building the identity of being someone who doesn’t miss workouts, rather than focusing on the outcome. Once you’ve built the identity and you’re like, “Oh, I’m gonna be here every day,” then you can worry about moving on to the results and the performance.

Srini: Awesome, I absolutely love it. I want to get tactical about how we design the environment in order to create these habit changes and these identity changes, because we can control some of it, right?

James: Yes. There’s plenty of science on structuring your environment to make the good behaviors easier and the bad behaviors harder.

If you want to break a bad habit, increase the number of steps required to perform that behavior. For example, maybe you think you waste too much time watching TV, and you wish you could break that bad habit. One way to increase the number of steps between you and wasting time is to unplug your TV and put it in a closet. Pick up the remote and put it in the bottom of a drawer somewhere. So if you really want to watch TV, you [have to] go to the closet, take the TV out, move it back to the living room, plug it in, go get the remote, and turn it on. By increasing the number of steps, you automatically make it easier to avoid doing that.

“It’s hard to stick to new habits because we’re often trying to achieve this performance-based goal without changing our underlying identity.”

If you want to stick with a good habit, then reduce the number of steps required to perform that behavior. Structure your environment in a way that there are fewer steps between you and the good habit. Let’s say you want to drink more water. If you filled up a bunch of water bottles and placed them around your workspace, it’s more likely that you’re gonna drink it, because you’re always surrounded by it. There are fewer steps that you have to take if all you have to do is just reach over and pick up a glass of water. BJ Fogg refers to this approach as “designing for laziness.” You’re changing your environment so that your default decision, or the decision you would make when you’re lazy, is a better one. If the environment around you is designed for better choices, it’s a lot easier to make better choices.

Here’s another way to think about it. In Getting Things Done, David Allen talks about the Two-Minute Rule. It’s like a procrastination hack: if you can do something in less than two minutes, then do it now. So simple stuff like making a phone call you’ve been avoiding, or doing the dishes, or throwing in a load of laundry—if it takes less than two minutes, do it now. I think we can adapt that for habit and behavior change.

Oftentimes the hardest part about writing, or going for a morning run, or meditating, is just initiating the behavior. Once you get started on something, it’s much easier to follow through. Not every habit can be finished in less than two minutes, but pretty much anything can be started in less than two minutes. So to combine this with the environment design piece, how can you design your environment in a way that lets you get started on the things that are important to you in less than two minutes? For working out in the morning, maybe that’s setting out your gym bag and your shoes. For writing in the morning, maybe that’s setting out your notebook and a pen.

And if you can do that, then you can shift your mindset to, “I’m not gonna worry about the outcome. My only goal is to do that two-minute start.” If you talk about a running routine for example, your only goal is to put your shoes on and step out the door. You don’t even have to run three miles, or whatever it is that you were going to do. It doesn’t matter — all you have to do is that two-minute start.

But what you find of course, is that once you get that two-minute start going, you naturally start putting one foot in front of the other. There’s this inertia that comes with starting. So I like thinking about it as, “How can I design my environment to promote getting started?” Not necessarily finishing or doing something amazing, but just getting started.

“Once you get started on something, it’s much easier to follow through.”

Srini: I just finished Shawn Achor‘s second book, and he had all these really cool things to incorporate into your life. My first temptation was, “I’m going to do all of them this week.” How do we stack habits to make big changes?

James: When it comes to stacking habits, my favorite tactic to employ is something that people refer to as “keystone habits.” I find it useful to have a sense of clarity and focus on the few things that pull the rest of your life in line, rather than worrying about making 40 changes at once.

For me, my keystone habit is going to the gym. If I do that, all these [other] things fall in line. If I train every Monday, Wednesday, and Friday, then I’m getting exercise, so I feel good about myself. Secondly, I tend to have much more clarity and focus, especially when I get back from the workout, so I write better, I produce better work. I naturally sleep better, because I’m tired when I go to bed that night. That means that when I wake up the next morning, I have better energy to [give] to my work. I [also] tend to eat better when I work out. My mental model is, “Oh, I worked out. I don’t want to waste this.” I tend to eat better meals, so I have more energy.

All these things happen naturally. I don’t think about focus or sleep or nutrition. I just focus on doing the workout, the one keystone habit that naturally pulls the rest of this in line.

So think about the things that you’ve done on days when things seem to go right, and you’ll often come up with a list of two or three things that might be a keystone habit for you. Then it just comes down to experimentation. Try it out.

By doing that, you can simplify the mental burden of making these changes. You don’t have to change everything in your life — just focus on one or two core things, and trust that the rest will fall in line.