The Innovation Mindset: How to Think Like an Entrepreneur 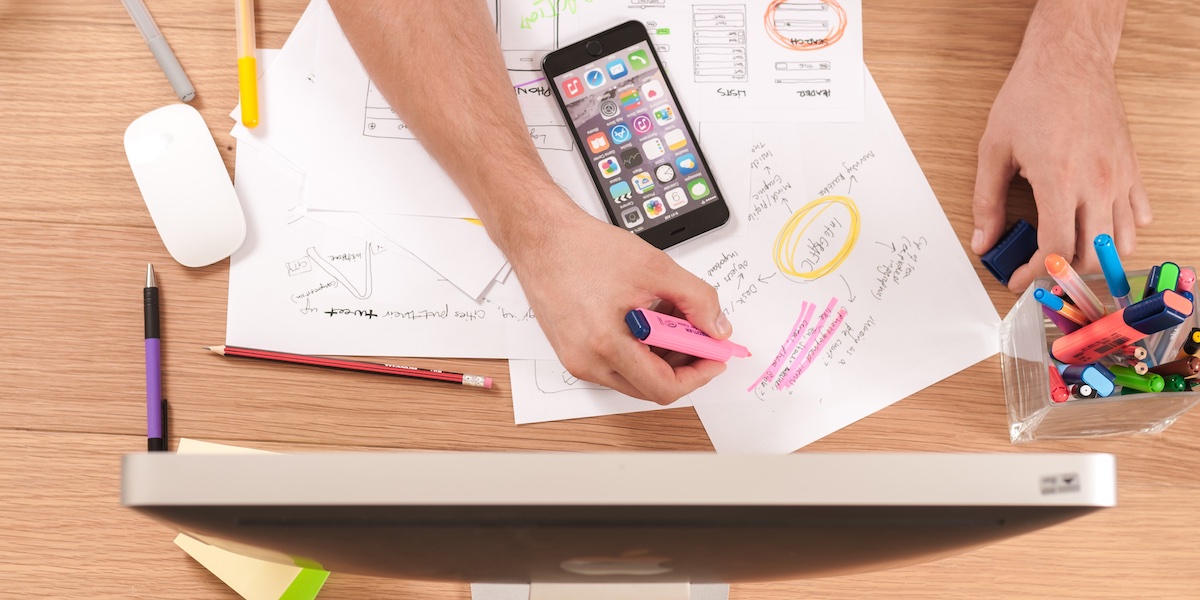 Michael Gervais is a high performance psychologist working closely with sports MVP’s, internationally acclaimed artists, and Fortune 25 CEO’s. Tina Seelig is a faculty director of the Stanford Technology Ventures Program and an expert on creativity, innovation, and entrepreneurship. Michael recently hosted her on the Finding Mastery podcast to discuss the attitude of an entrepreneur, the power of storytelling, and why experimentation is the path to passion.

This conversation has been edited and condensed. To listen to the full conversation, click here.

Michael: How do you think about creativity and innovation?

Michael: Every year, I’m fortunate to be part of a team that works on a selection process for the next generation of NFL athletes. I’ll ask this question often: “What’s some tough stuff that you’ve been through?” This year, [one athlete] said, “You know, it wasn’t what you think it was. The toughest part was not when I would come home and all of my family’s stuff would be on the front lawn because it’s the fourth or fifth time we’ve been evicted. The hard part wasn’t trying to figure out where we’re going to go and the family splitting up, because we knew we’d eventually come back together as a family. We’d figure it out. The hard part was that everyone else knew that we were evicted again, and it was because my mom was out on drugs and running the streets again. The embarrassment was the hardest part.”

I share that with you because the ingenuity, the creativity, the gumption to figure out the next moment of survival is a real thing. Those internal resources that are built over time can be depleted or magnified for what they’re going to go through next.

Are you going to say, “I can solve every problem” or are you going, “Oh my gosh, this happened again. I feel so mortified. I need to crawl under a rock?” Your mindset is really important, but also your skills. You need to have some tools that you can draw upon. The more creative problem-solving skills you have, the more you’re going to be able to use that engine of your mindset to actually do something.

We spend a lot of time in our classes focusing on the attitudes that are required to be entrepreneurial. When I talk about entrepreneurship, I am not talking about just starting companies. That is the tip of the iceberg. We think of entrepreneurs as those people who do much more than imaginable with much less than seems possible. It’s about seeing problems as opportunities, leveraging resources, and making things happen.

The mindset that’s needed is one of saying, “Okay, here’s a challenge. I know that there is an answer, and I feel empowered that I can actually tackle it.” It might be a small family situation, something going on with your friends, or anything in your environment, and building up the confidence to go, “You know what? I could take on anything. Bring it on.”

“We think of entrepreneurs as those people who do much more than imaginable with much less than seems possible.”

Michael: Is that a mindset, which is more stable, or is that just temporary self-talk?

Tina: I would argue that it is something that you can make a much more stable part of how you view the world.

Michael: That’s when it does become a mindset.

Tina: Exactly. Then you say, “I am now the sort of person who walks in and says, ‘Here’s a problem, how am I going to fix it?'” I’ve been paying a lot of attention to the people who I come in contact with, and seeing the very different ways in which they engage with the world and how that has huge ripple effects on the way the world responds to them. Yet, they often don’t see that the world is actually responding to them based on what they already did, and so they look at the world and say, “Well, the world is an unfair place,” but they actually started it. The ripple started with them and then bounced back.

Michael: Is there a particular story that rings true for you when you think about those who have innovated?

Tina: I spend a lot of time in my classes giving students opportunities to experiment with these ideas, giving them a problem to solve. I did a project with my students last year on redesigning the experience of going from prison to freedom. We were working with the men who participated in a program called The Last Mile at San Quentin Prison.

I brought the students up to the prison, and they taught the men the things we were learning in our class. Along the way, they got a chance to really get to know these guys and understand the challenges they were anticipating as they were going from prison to freedom. Each team picked a different part of the puzzle to tackle. Some ended up looking at housing. Some looked at employment. Some looked at getting integrated into the community. Each of them [got] a very different set of solutions. It’s important to not just take the problem at face value, but to look at it from different angles.

The problem is just the first way you look at it, but one of the tools you learn is walking around the problem to see it from different angles and say, “Aha, here’s the key to getting unstuck.”

“We’re creating frames of reference in our mind to allow us to understand what’s happening, but those are often wrong.”

Michael: Reframing the question is a real skill. I’m wondering if you have frames that you work from, or is it more intuitive for you?

Tina: It’s both. The easiest frame has to do with asking, “Why is this the case?” A simple example is I could ask you to build a bridge for me, and you could run off and design that bridge, or you could say, “Tina, why do you want a bridge?” I’d say, “Well, I need to get to the Hacienda Bay.” You go, “Oh, well, there are lots of ways to solve that problem. We just take a boat. We can have a tunnel. We can have a hot air balloon. We could swim.”

When I asked you to build a bridge, there was an assumption that I needed a bridge. If you say, “Well, why?” that opens up a frame dramatically and gives me many more solutions. You can also say then, “Well, why do you need to get to the other side of the bay?” Again, that opens up the frame. “Well, I work over there.” [Then] it’s like, “Oh, maybe I could solve that problem.” Asking “why” is a great way to open up the frame and see different possibilities.

Michael: Are you familiar with the research about asking “why” five times?

Tina: Yeah, the Why Ladder. It usually ends up that the last thing is peace, love, happiness. Ultimately, everybody wants to be loved. If you ask “why” [even] a couple of times, it ends up being a really useful tool.

Michael: I’d go to a restaurant with one of my early mentors and he’d say, “So what do you see happening?” I’d make up a story, and it was a fun little game. Then he would say, “Well, that’s interesting, but what else could it be? What’s another story?” After a time, I realized he was getting me to examine my own stories. There are so many different ways that we could look at something, so keep exploring.

“Before something is your passion, it’s something you know nothing about.”

Tina: It’s so important. [If] your teenager is acting out, you get mad, but [what] if you shift the frame like, “Wow, what must be going on for them?” Empathy is a powerful way to shift a frame where you start saying, “I’m not going to look from my point of view. Let me look from someone else’s point of view.”

Michael: The Palo Alto area is a really hot place for creative technologies and innovation. Have you put together a thread that strings together the types of people that are game-changing, that are disruptive for an entire industry?

If you want to solve a problem, you shouldn’t be deterred by saying, “I don’t look like this archetype,” because you can fill in the gaps. You could go, “You know what? I’m really good at this piece of the puzzle. I need to have a team.” What’s important to keep in mind is nobody does these things alone. These are real team efforts, and the key is being able to put together an effective team where people complement each other.

One of my proudest moments when I was starting my first company was there were six or seven of us in the room, and everyone was talking about what they were doing and the status update on their pieces of the project. Everybody felt they were doing the easy job. Now why was that? Because everyone was doing what they did best and what came naturally to them. The key is putting together a team where everybody’s doing what they’re really tuned to do. Then everybody respects everybody’s contributions, and the whole is certainly greater than the sum of the parts.

Michael: To do that, do you have a way that you profile? That’s too strong of a word, but understand what people’s gifts and talents and proclivities are?

Tina: It’s important to give people a chance to try lots of different things. You don’t know if you’re good at something unless you actually try it. You can’t take a little baby and say, “Oh, this person’s going to be an amazing programmer,” or, “This person’s going to be a great salesperson.” You have to give people a chance to try out these skills. That’s what’s wonderful about being in a school setting. In a low-risk environment, you get to experiment and see where your strengths lie and where you want to actually leverage other people.

One of my insights in the last couple of years was that before something is your passion, it’s something you know nothing about. You can’t assume, “I’m going to sit quietly by myself and my passions will reveal themselves.” That’s not the way it works. You need to be engaged in the world. You need to try lots of things and see what resonates. Your passions reveal themselves through experiences.

You’ve got to try lots of things and keep what works. In my career, I did not hit my stride until my 40s. I did so many things between my 20s and when I was 40, so many things that set the stage for it. Many of those things I was not really well-tuned to, but they were skills and knowledge that I gained that allowed me, when I finally got in the right environment, to really thrive.