The One Simple Difference Between Professional and Amateur Creatives 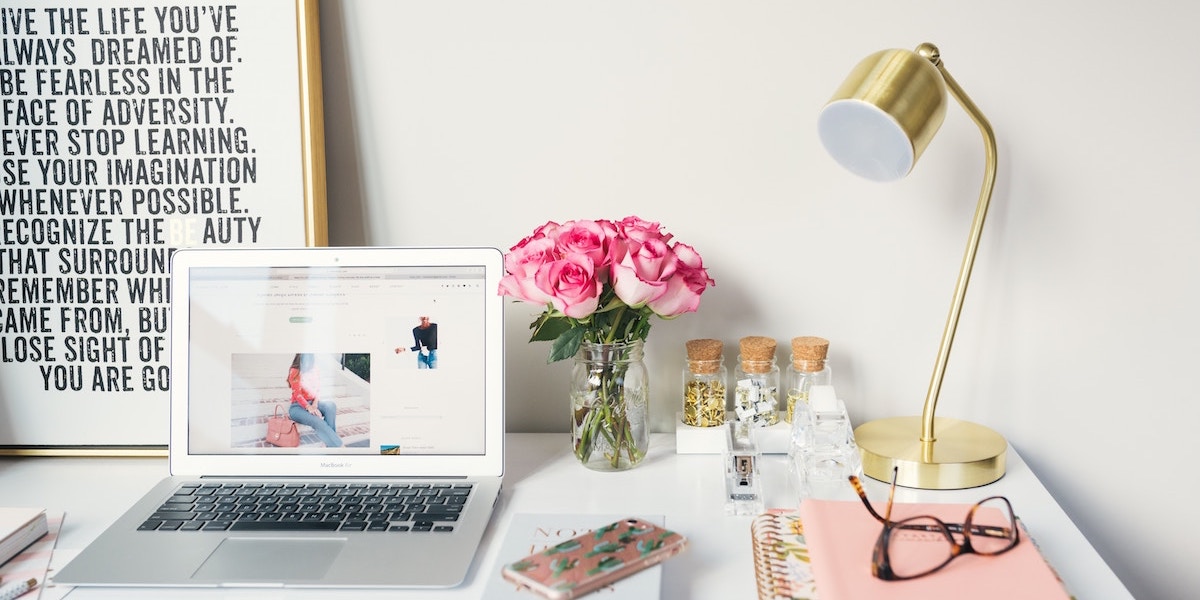 James Clear is a productivity expert who uses behavioral science to help nearly half a million newsletter subscribers optimize their habits. Srinivas Rao recently hosted him on the Unmistakable Creative Podcast to discuss the value of constantly creating, and how you can use failure to enrich your future.

Srini: Last time we were speaking, you brought up an injury that you had in baseball. You said that that injury was a pretty significant experience in your life. Shawn Achor said there are those who experience posttraumatic stress, but an exceptional group of people experiences posttraumatic growth. What’s been your experience with that?

James: I got hit in the face with a baseball bat my sophomore year in high school. It broke both my eye sockets and fractured a bunch of bones in my skull. I couldn’t breathe on my own for the day, had multiple seizures over the next 24 hours, and it was a long recovery process for the next eight to nine months. But I ended up making my way back after that. And five years later, I became an Academic All-American playing baseball in college.

It was a long road back, but I learned a lot about myself through that experience. Like what I was willing to sacrifice for, what was important to me. How you respond to challenge, whether you bring positivity to that, or you let it knock you down.

A friend of mine works at a science museum, and she said one thing that surprised her was the way that scientists treat failure. When a scientist designs an experiment, there are positive outcomes based on their hypothesis, and then there are negative outcomes, or failures, or things they don’t expect. But just because they get a negative outcome, doesn’t mean that they as an individual are a failure. A scientist treats failure as just another data point. And every piece of data that they get, whether it’s good or bad, guides them in the right direction in the future.

I like that idea of thinking of failure as a data point, and I think that’s one way that you can embrace this idea of posttraumatic growth. You had some failure, you had some challenge, but it’s just another data point for you. How can we use that to guide you toward growth in the future?

Srini: I love the idea of failure as a data point, because what often happens with failure is that it becomes part of our identity. We think, “Oh, this happened to me, and this is who I am,” and it’s so detrimental to your ability to accomplish anything.

“An expert is someone who has made every mistake possible in a very narrow field.”

James: That’s so true. So often we use our failures as an indication of who we are as a person, or how much self-worth we have. Which is absurd if you apply it to other contexts, right? If you were to go to a restaurant and order a meal, and you didn’t like it or it was poorly cooked, a failure of a meal so to speak, you wouldn’t be like, “Oh, I’m bad at eating now.” But we do that in all sorts of other contexts, right?

The Danish physicist, Niels Bohr, has this famous quote: “An expert is someone who has made every mistake possible in a very narrow field.” And if you think about it that way, mistakes or failures are required for mastery. You have to fail, because only the person who understands all the barriers and the challenges can be an expert on the topic, because they’ve dealt with everything that they could deal with. So I like this idea of making every mistake possible in your narrow field, because it shows how essential failure is for success.

Srini: We can hear you say that, but it’s still possible that somebody’s going to feel defined by their failures. I’m curious how we separate ourselves from them.

James: There are two things that I come back to a lot. One is that it will get easier as you do it more. As you encounter more failures, you realize that you survive, and it doesn’t prevent you from being a success. Not that it’s easy to go through the failures, but the more that you overcome it, the easier it becomes to move past it over and over again.

The second thing is that it’s crucial to have some type of schedule that gets you back on track as quickly as possible. Top performers in any industry are not different from you and me in that they never make mistakes, or that they have it all figured out. They fail all the time too, they just get back on track more quickly than somebody else. It’s this idea of not embracing an all-or-nothing mentality.

You see this a lot with diets and nutrition. People will start with some habit or goal with nutrition, and then if they don’t follow their diet for a little while, they have this all-or-nothing mentality where it’s like, “Well, I screwed up. I completely blew it.” And then they binge eat for a week, or they just completely give up for a month or two. And then it takes a few months before they get motivated again. But if you avoid that all-or-nothing mentality and realize that mistakes will be part of it, and almost expect failure to happen at some point, then you can develop a schedule that helps you get back on track more quickly.

There was a study done on habit formation that showed missing [a habit for] a single day, whether it’s in the beginning, the middle, or 10 months in, has no measurable impact on whether or not you maintain the habit long-term. In other words, you can literally plan for failure, because it doesn’t matter if you miss a day. Keep your focus much wider in scope than on what happens on any individual day.

“Keep your focus much wider in scope than on what happens on any individual day.”

So developing some type of schedule is one of the best ways to overcome failure or a setback. And it’s gotta be one that works for you. For me, it took a year and a half before I got to my writing schedule. I tried all sorts of things: writing once a month, writing five days a week. Eventually, I settled on this pattern of Monday and Thursday. That’s what works well for me. Having that routine is one way to overcome in the face of failure.

Srini: It’s funny because I have a post on Medium titled, “How Writing a Thousand Words a Day Changed My Life.” That volume, routine, and schedule has made such a huge difference, because then you’re not so attached to the outcome of any one thing. It’s like, “I’m not gonna be permanently labeled by this shitty piece of writing that I did.”

James: Oh, I totally agree. There’s a great story about this art teacher. He took his classroom and divided it into two groups. To everybody on the right side of the class he said, “You’re gonna be graded at the end of this semester based on the quantity of work that you do. This is a ceramics class, so it’s gonna be the amount of pots that you create. During this semester I’m just gonna pick up a bag and weigh them, and if you created 50 pounds, you get an A.”

And then to the left side of the class, he said, “You’re gonna be graded purely on the quality of your work. You don’t have to create anything more than just one ceramic piece, but it has to be the most perfect piece you could create.” And at the end of the semester, when he was grading all the pots, it turned out that all the best ones came from the group that focused on repetition, the quantity group that was creating pots every single day. And the reason is because they were sitting down and working on their skills, and learning from their mistakes, and understanding how you actually craft a perfect ceramic piece, rather than sitting around and coming up with ideas, and theorizing on what perfection would look like, or trying to plan out the process. They were actually honing their skills.

Amateurs create work when they feel motivated, but professionals create work on a schedule. That’s the difference between professional creatives and amateur creatives, who think that they need some type of spark to do great work. It’s only by actually going through the volume of work that you develop the skills to get past all those challenges and produce something excellent.

Top performers, whether they’re athletes or artists or entrepreneurs, continue to stretch themselves and not fall into complacency, even after working for a very long time. There’s this study of famous composers that came out of Case Western. This researcher looked at the 500 most famous pieces of music over this 400-year period, and he found that for [almost] every single composer, they didn’t produce a single one of these masterworks before year ten of their career. He called this “the ten years of silence.” So the idea is you have to practice for ten years, you have to stretch yourself for ten years, before you get to something that’s truly excellent.