Two Leading Psychologists on How to Overcome Mommy Burnout 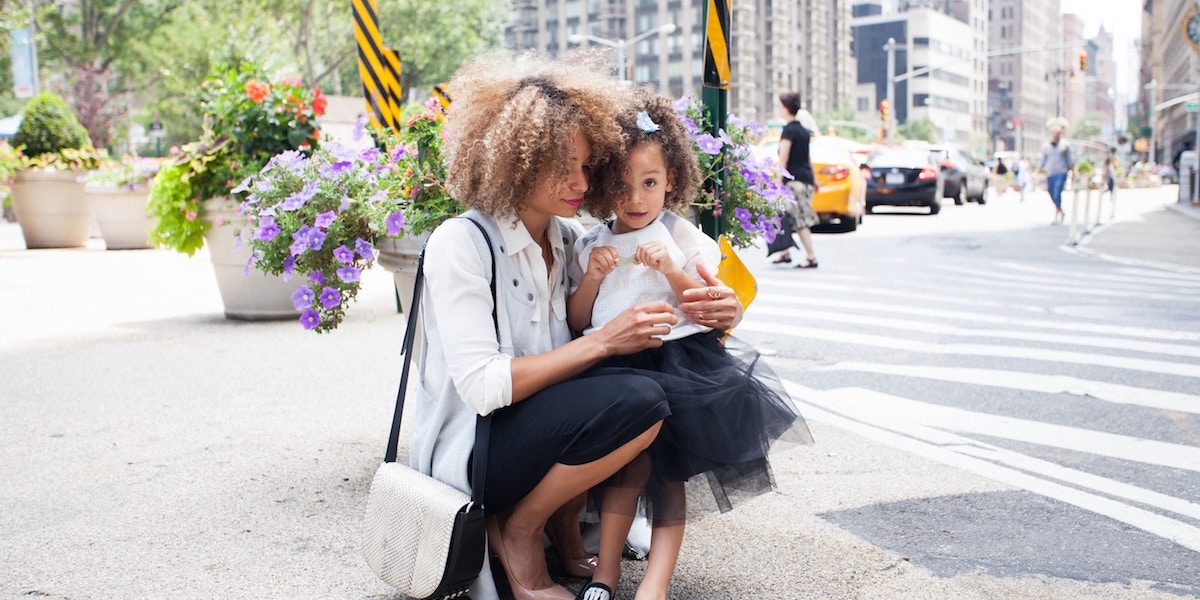 Dr. Sheryl Ziegler is a Denver-based child psychotherapist and author of the recently released Mommy Burnout: How to Reclaim Your Life and Raise Healthier Children in the Process. She sat down with Dr. Alexandra Solomon, a clinical psychologist, Northwestern University professor, and author of Loving Bravely, for a conversation on understanding the pressures women face as partners and mothers, and how to combat burnout both individually and as a culture.

Sheryl: [You organize] your book [around] 20 lessons for loving bravely. I chose a couple of them that I thought, particularly, could pertain to the woman as a mother as well, but I want to get your thoughts, first, around the very first lesson, “Understanding your past.” Can you talk about why you think that’s important for a woman in a relationship as well as a woman in her role as mother?

Alexandra: I don’t believe there’s any way of being engaged in the role of a wife or a partner and [the role of] a mother without being shaped by the experiences you had when you were little. The past is always with us. We [try to] act like if we just put the past out of our minds, then we can deal with this moment and just be who we are right now. That’s a real disservice, because there are such powerful ways that motherhood and partnership give us opportunities to heal and to care for and nurture the younger self that lives in all of us.

“The trappings of what a wedding looks like are pretty far from the actual experience of what a marriage needs in order to be sustained over time.”

Sheryl: When I’m in my practice, oftentimes the conversation will start off by saying, “Well, my mother was very controlling or critical.” Critical and controlling are the two big ones. Oftentimes, I see that they are, in fact, that way with their own kids, although they don’t want to be. Do you find that as well?

Alexandra: I do. Unless we are doing the work of looking at how the past comes through, we’re going to do one of two things. We’re either going [go down] the path of repetition, which is what you’re talking about. Or the path of opposition, doing the exact opposite. Sometimes, a woman’s story will be, “I was raised by a critical and controlling mom,” so then, the way she shows up as a mother is as a complete doormat, really afraid of having authority. Because to her, authority and having a powerful voice in my family means “I’m being like my mom.”

Neither repetition nor opposition is actually us standing face-to-face with the impact of the past, and then making a conscious choice of finding some shade of gray between criticism and doormat.

It’s a “both.” I can be both loving and authoritative. I can be both gentle and strong. So often, we have a hard time really trusting ourselves to find a gray space in between.

Sheryl: Another lesson [of yours] bridges being a mother and being a woman, [in a very real way] by surrendering the “fairytale.” Can you talk a little bit about that?

Alexandra: The transition to marriage and the transition to parenthood are both these moments in time when the idea of the “fairytale” is really quite oppressive. We, as a culture, have so many trappings around the dress and the flowers and the cake, etc. The trappings of what a wedding looks like are pretty far from the actual experience of what a marriage needs in order to be sustained over time. We do the same thing again when women become mothers. We have the showers. We have Pinterest pages and beautiful blankets and booties and all the trappings of what it means to bring a baby into our homes. Making the space for a baby, and then the actual lived experience of what it means to mother, are so different.

The problems come when we feel like we aren’t measuring up, or we’re doing it wrong because our lived experience, either of motherhood or of marriage, doesn’t match what we thought it should be. There’s a shedding that needs to happen. Do you find that you need to help women around motherhood deconstruct the really oppressive ideas of “should”?

Sheryl: Exactly what you’re saying is where Mommy Burnout was really born, because of the question, “Is this it?” [In the book,] there are stories of women who are now working and getting married older, starting a family older. She might have had a 15-year-long career, been married for a couple of years and struggled with fertility issues, then had a child, and at some point she’s like, “Wait a second. I don’t feel like I get to complain about this, because this is the fairytale that I have been dying for—but now that it’s here, is this really it? What else is there?” There’s incredible guilt associated with having that feeling and those thoughts.

Guilt is a word that is so associated with motherhood. The secret behind why [mothers] feel so much guilt is that they’re really dissatisfied. We’re really dismayed when we get married, or have that child, or whatever it is, to find that it didn’t bring the happiness that you imagined.

“Guilt is a word that is so associated with motherhood.”

Alexandra: The opportunity is there, then, to really deconstruct and reconfigure what it means to be happy, and to find happiness around simplicity in the present moment. We’re so at risk of putting the happiness finish line just outside of our reach: “It’s when I have the baby.” “It’s when I lose 10 pounds.” “It’s when I get the job.” It’s time for a new way of defining what pleasure and being happy in this moment looks like.

Sheryl: We all hear that we should be present. That it’s so helpful in a marriage, it’s helpful in relationships, it’s helpful for our own health—we hear it so much. One of the things I’ve been thinking about is how to repackage “being present and appreciating what we have.”

“The opportunity is there to really deconstruct and reconfigure what it means to be happy and to find happiness around simplicity in the present moment.”

Alexandra: We also need to make space for just how badly it sucks sometimes, just how hard it is. We really get ourselves into trouble when the fairytale is oppressive to the point that we feel like we can’t even turn to a girlfriend or a sister or a mother and say, “Oh my gosh, I feel like my soul is being drained from my body.” That’s when the shame is layered on, and then the feeling is reinforced. If I can turn to you and say whatever shady thought that I have, and you can tell me that sometimes this is how you feel as well, that breaks the spell of it.

We can then drop the shame, have a laugh, recharge each other, say, “I see you struggling, and I see you working hard,” and you can say it to me. That’s where community is so vital.