What Do Women’s Empowerment and Living to 100 Have in Common? A Huge Impact on the Future of Work 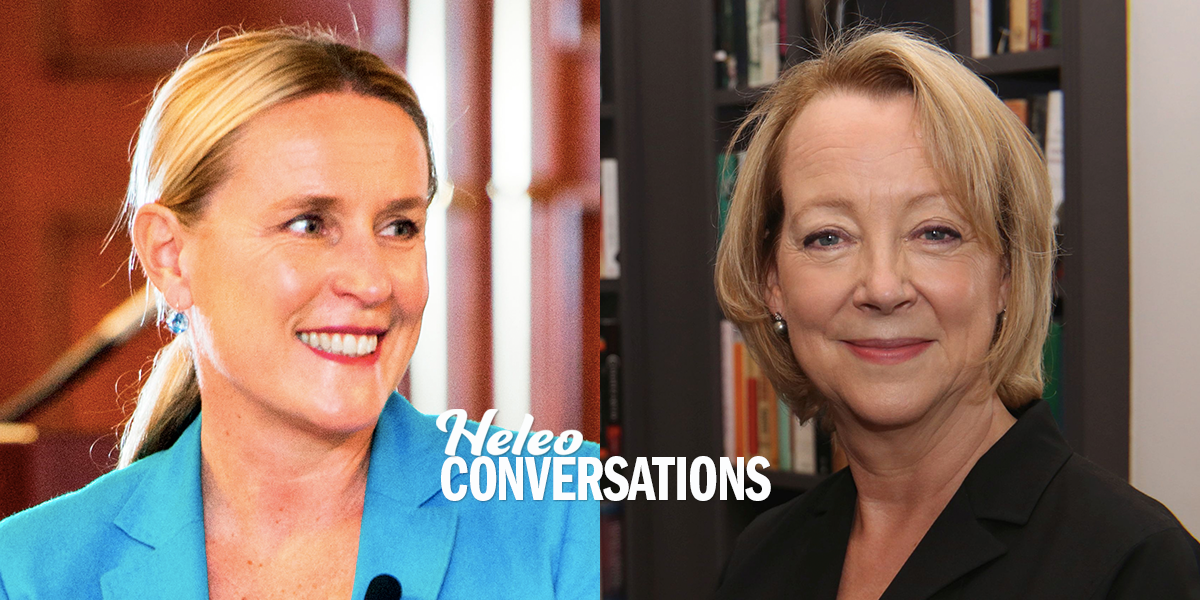 Lynda Gratton and Iris Bohnet, both shortlisted finalists for the 2016 Financial Times & McKinsey Business Book of the Year Award, recently teamed up for a Heleo Conversation that reconsiders basic assumptions about gender and longevity. Lynda, a Professor of Management Practice at the London Business School and leader of the Future of Work Consortium, is the co-author of The 100-Year Life: Living and Working in the Age of Longevity. Iris, a behavioral economist at Harvard Kennedy School, serves as the director of the Women and Public Policy Program and is the author of What Works: Gender Equality by Design.

To learn more, visit ft.com/bookaward and follow the conversation at #BBYA16.

Lynda: Your work focuses on gender in corporations. What was it you found that you had not anticipated?

Iris: In many ways I hadn’t anticipated that there is actually so much evidence out there. We have accumulated a lot of insights in the last ten or 15 years. It’s relatively recent that we have good experimental research, good field data with randomized controlled trials where we can actually measure what works and what doesn’t work. That was a pleasant surprise.

One study that may have surprised me most, and I also think for us collectively is still one of the difficult nuts to crack, is the question of how to make diversity in teams work. Again, there’s a lot of research on why it’s difficult to make diversity work. There’s some work on collective intelligence showing the business case for diversity, but I still think it’s a very big question for us to think about what structures, what processes, what cultures make these teams perform better. One study that looked at political correctness surprised me quite a bit, in that teams that uphold norms of political correctness perform better.

When I talk about this in my presentations, I have the image of a clean beach and a dirty beach up on the screen, and I ask people a simple question: where would you be more likely to drop a piece of paper? Of course it’s the dirty beach. That’s my analogy about teams. We have to create the clean beach environment where people can’t afford to drop dirty jokes.

Iris: You pushed the boundaries by saying that we have to redesign how we work, even our relationships. I think quite a bit about how we can make it easier for people to do the right thing, not just changing their mindsets. How optimistic are you that we can do this? How can we redesign work, relationships, or even leisure?

“The thing about longevity is it’s going to happen. Many people will live longer. People have to come to terms with it.”

Lynda: In many ways, you and I face the same challenge, which is how do we, as academics, begin to influence practice. What we felt when we wrote the book is that experimentation will happen at the level of the individual or the family. For people to understand the impact of longevity, whether they’re 20 or 45 or 60, they will be experimenting themselves. I believe that both corporate practice and policy is going to be rather slow at catching up.

The thing about longevity is it’s going to happen. Many people will live longer. They will have to do something. In many ways it’s the same sort of issues that you’re looking at, in terms of gender—gender equality will increase over time. People have to come to terms with it.

Iris: Absolutely. In many ways we both are also affected by what we would call in behavioral science, present bias, in that we’re naturally very focused on the now. In your book is this call for action that we have to start thinking, planning as it were, for a future that is much longer than it was in the past. Generally, people haven’t been good at planning, whether this is in terms of financial planning, but also in terms of their health and other things.

Lynda: Talking about diverse teams, I wrote this last book with somebody else. It’s the first time I’ve written with anyone else. But not just anyone, a macroeconomist.

Economists totally understand present bias. They get the fact that people find it extremely difficult to imagine themselves in the future. Of course, psychologists have some of the same ideas in terms of possible selves, but I think economists have been really thoughtful about explicating the challenges of the present bias.

Iris: How did you end up working together?

Lynda: One of the things about diverse teams is that they have to have one really meaningful thing to work on. Andrew and I had been hanging around together, we’d gone through China doing a road show for the London Business School, so I’d heard him talk and he’d heard me talk. At that stage we were talking about what was going to happen to Europe, he was talking about economics and I was talking about the future of work. We said, “wouldn’t it marvelous to work together?” but we couldn’t really think of anything that excited us. Then about a year and a half later I began to look at demography and that people were going to live a long longer. We began to talk and the question we asked was what happens when everyone lives to 100? That was an incredibly galvanizing question. The three years of writing the book went by really quickly because we were so fascinated in answering this question.

One of the things that we noticed about the 100-Year Life is there’s a great deal more flexibility. You’ve got tens of thousands of more hours, you produce so much more. The one thing that doesn’t shift is the age at which women can have children. How do you see women dealing with the fact that so much of their life has become flexible except the point at which they can have kids?

Iris: I believe that we have to go beyond behavioral nudges. My book argues that much of what we see is based on unconscious bias and for us to overcome unconscious bias, we have to redesign work and schools and the organizations that we work and live in. This question of birth and how that can become compatible with both work and life—we probably need to think about laws in that particular aspect.

I don’t think there’s anything better than parental leave. That should be introduced to equalize the playing field between men and women. As we know from countries which have parental leave, just the introduction of leave is not going to be enough to equalize the playing field, but initially will need extra incentives, as countries such as Sweden have done, to motivate men to take it up. We have evidence that that can shape not just your work, but also the norms that you apply in your home life. And these men that have experienced care early on will invest more in care going through life. As people get older, the care economy is going to grow dramatically and we’ll need everyone to be able to be a caregiver, not just, as it has traditionally been, women.

Lynda: That resonates so much with our own thinking as well. Let me give you a particular example. We had three characters in the book. One of them is called Jane who is 20 years old and likely to live 100 years. We tried to measure both her tangible and intangible assets. What we found was if she was in a partnership with children where only one of those people worked through their family life, it would put unbelievable pressure on the partner who was working. To make the finances work, you really need two people working.

More importantly, in terms of intangible assets, part of the intangible asset argument is people need time to come out of work to rejuvenate, to learn new skills, to move through a transition, and all these things are much easier if you’re in a dual career where the other person can help you out. Some people call it a seesaw couple. They can help you out when you take time out. Encouraging people to take parental leave really sits at the heart of how you build the social fabric to encourage dual careers to optimize and work well.

“I got to know a company which makes flexibility the default. You had to explain why you were in the office today. Why you couldn’t work from home. It totally changed the culture of the company.”

Iris: Underlying what you just described is a general notion of flexibility. People won’t have the linear careers that we are traditionally used to, and we collectively have to think much harder about how to create work environments that match the needs of people who are getting older, but also care about sharing work and care equally among partners.

In fact, I wrote much of the book while on sabbatical in Australia, and I was quite amazed by a company [there].

I got to know a company which is in communications, Telstra, which makes flexibility the default. You had to explain why you were in the office today. Why you couldn’t work from home. It totally changed the culture of the company. It also changed, of course, the likelihood that women would even apply to this company. There is enormous work to be done to make organizations compatible with longer and more equal lives.

Lynda: Yes. In fact, if you look at what people need at every age as their life elongates, every single one of them wants more flexibility. The 20 year-old wants more time to explore the world and find out what they want to do. The 40 year-old wants to spend time with their kids. The 60 year-old wants to reinvent themselves, to re-skill. Flexibility isn’t about a particular age or gender, it’s about being human.

Iris: I was struck by how your own age doesn’t matter much in thinking about longevity. I would have thought it becomes more urgent as we grow older, but you make a convincing argument that every stage of your life you should now think about this new environment that we live in.

Lynda: Longevity isn’t about getting older, and it’s not about Alzheimer’s, and it’s not just about pension. It’s actually about being younger for longer. It’s about how it affects every single stage of life. That is why we use the word “age agnostic,” to take away the idea that it’s just about a certain group and what they need to do. It’s something that every single one of us needs to face.

Iris: Both our books struggle, in a good way, with reinventing the future. We have to think about new role models, new roles of interactions. How do you think about that?

It’s not easy to point towards how it should be. We’re now moving into a period of experimentation with very few role models, and people have to learn and think and watch.