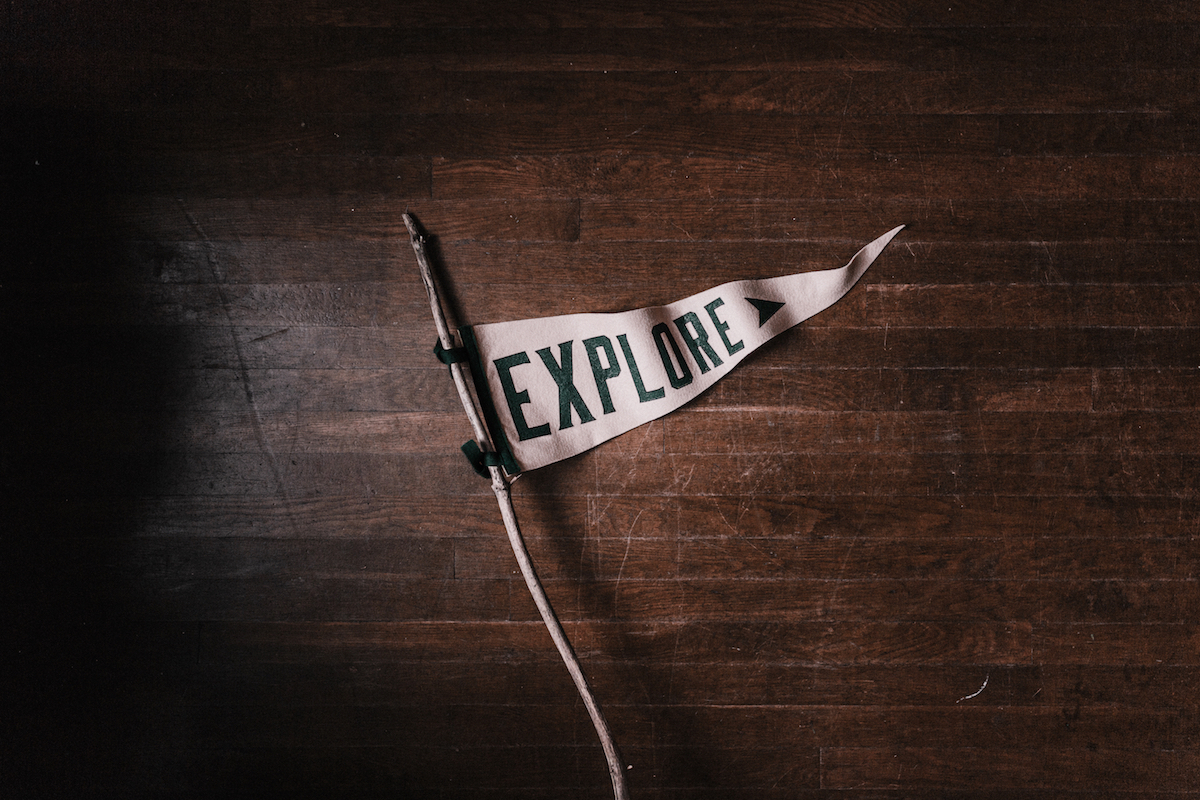 Barbara Oakley is a professor of engineering whose research involves bioengineering with an emphasis on neuroscience and cognitive psychology. Dr. Oakley teaches two massive open online courses (MOOCs), including “Learning How to Learn”—the world’s most popular course—and “Mindshift,” also the title of her newest book. She sat down with Heleo’s Editorial Director, Panio Gianopoulos, for a Facebook live conversation about the ways different people learn, how to find your passion, and why it’s never too late to start a new career.

Panio: What is a “mindshift”?

Barbara: A “mindshift” is making a major change in your life—or even a lesser change, but you’re adjusting your thinking because of what you’ve learned. My mindshift was a pretty major one. I thought I couldn’t do math and science, I flunked my way through elementary, middle, and high school math and science. I hated it. Yet now I’m a professor of engineering.

Panio: That’s a big jump from flunking. What was the impetus [for the shift]? How did you get there?

Barbara: I got out of the military at age 26. Facing the civilian world, I was realizing that I had no marketable skills. I looked at what was going on around me and said, “I can’t continue this way.” Maybe if I open my mind and learn something that I thought that I could never learn, it would open some career doors for me.

The big thing that I did was acknowledge that I need to be humble and to start at the very beginning. I started with remedial high school algebra. I studied really slow and hard and it was so frustrating—if you looked at my books from back then, you’d see these little dimples in the pages because I’d get so frustrated, I’d take a fork and stab the book.

I didn’t know that it’s quite common to not understand something the first time you look at it. I just thought I was stupid. Actually my brain was working like a lot of people’s brains in those situations.

When I was in the military, I had gone to the Defense Language Institute and studied Russian. I started using some of those same techniques—learning little bits really well, and stringing them together—and it worked.

Panio: It seems like first there was a shift around motivation and perspective, where you said, “There’s no reason why I can’t learn this thing that I used to not be able to do.” Then there must have been a second shift later where you said, “Hey, I’m actually pretty good at this and I’m going to keep going.”

Barbara: Yes, I think part of our problem is that we’re often told, with well meaning advice, follow your passion. But passions develop about what you’re good at, because it makes you feel good.

Passion is so predicated on chance, on what we happen to get that day, the first time we try it.

“When you take your attention off it… you open a completely different set of neural pathways…then you can begin understanding and working some very difficult problems. Not only in math and science, but anything.”

There were times where I didn’t understand how my brain learned, and I didn’t understand that I needed to take breaks. I would work really hard, get super frustrated. Some people can go at it for a really long time and they get it quickly, but for other people, it’s about working in short bursts until they can’t understand what’s going on. And then pulling their attention off of it.

Sometimes, that’s the last thing you want to do. You don’t want to give up. But when you take your attention off it—and that means completely off it; it doesn’t mean going over and getting a cup of coffee while you’re still thinking about it; it means really focusing on something else, or going to sleep—you open a completely different set of neural pathways that are related to the default neural network, and they’re longer range. [Then] you can begin understanding and working some very difficult problems. Not only in math and science, but anything.

Whether you’re learning a language, a musical instrument, how to dance, how to drive a car, it’s all the same: developing a compact, connected, neural pathway. That’s the heart of learning.

Panio: It reminds me of the Pomodoro Technique, where you work for 25 minutes and then take a five minute break. Although, I tried it for fiction writing, and found that I just blow right past the time and keep going. I think it works better for learning, as opposed to creating.

Barbara: I love the Pomodoro Technique simply because it helps me get started. I often blow past the 25 minute timer, myself, and that’s okay. If it tricked me into getting started, that’s all I need.

Panio: That’s a good point; the hardest part is breaking that terrible inertia.

It’s why the Pomodoro Technique can be very effective because you’re just sitting there going, “Okay, 25 minutes, I’ve got to do that.” You’re not thinking about what you’re working on, you’re just [doing] it. So, you’re not activating the pain centers.

That pain, interestingly enough, subsides after 20 minutes. The Pomodoro Technique insidiously gets you past that 20 minute point and into the flow of whatever you’re trying to do.

Panio: A lot of your book is about people who have started new careers later in life. Which is encouraging because there’s this myth of the child prodigy so you think, well I didn’t start when I was 10 or 7, I’m not that four year old who’s already gotten her own online magazine, what’s the point in starting now?

But what happens is—say you’re 13 and you think, I’m not going to start baseball because I’m too old and all of the other guys are much better—suddenly you’re 18! And that guy who did start when we were 13 is now playing college ball. Then you feel, oh, I was so young. There’s this reflective sense, you’re [repeatedly] startled by how young you were—I was only 23, I was only 30… the number keeps adjusting.

You have all of these cases of people who had really big shifts in careers. Did you notice any common factors that helped them succeed?

“Great breakthroughs in science, the paradigm shifts, are often made by two types of people. One is young people who haven’t yet been indoctrinated. The other is when people have changed careers.”

Barbara: I did notice some common factors. It helps sometimes to step back and look at what people who make a switch give to society. Thomas Kuhn, the wonderful philosopher and historian of science, found that great breakthroughs in science, the paradigm shifts, are often made by two types of people. One is young people who haven’t yet been indoctrinated.

The other is when people have changed careers. When [Francis] Krick went from physics to biology, he brought so much richness because he had this background in a completely different field. All of us, when we switch to a new career or new aspect of our career, we’re bringing in all sorts of insights from our past and it’s often much more useful than you might even think.

I had studied Russian—well that wouldn’t help me as an engineer. Actually, it helps a lot, it gives me a lot of fresh perspectives. I tend to think metaphorically, and even in the process of learning a language and learning in math and science, [there are] a lot of similarities.

People who make that transition are often people who are really looking at how you learn effectively. In other words, they learn tips and tricks to leverage their learning.

Panio: Often people discourage you from doing a big change, right? Your friends and family, with presumably your best interest at heart, will say, “Barbara, I think you should just stay a Russian translator. You’ve never been a math and science person, you don’t know what you’re doing.” What do you tell people when they’re being actively discouraged like that.

Barbara: That’s a good question because it does happen. Also, sometimes your friends don’t want you to leave them.

Panio: It’s a threat to the relationship.

Barbara: Right. There are several ways to do it. One is to just dabble. You tell your friends, “Oh, hey, all I’m doing is dabbling, I just want to see it.”

Another way is to go covert. You’re doing it but you’re not telling your friends. You’re taking the classes and so forth, but because you’re not even talking about it, that doesn’t give them any foothold to try to talk you out of it.

And of course the last one is just to be a contrarian. “Oh well, gee, too bad for you if you don’t like what I’m doing but that’s what I’m doing.” It depends on what fits your personality and also how dogmatic the people around you are. There’s three different approaches and all of them can work.

“If you have a lousy working memory, it’s more likely that you’re more creative.”

Panio: You mention that sometimes intelligence can be a liability when you’re thinking about a new career or just learning something new. That’s a surprising insight.

It isn’t 100% at all; for example, my co-instructor in teaching the Massive Open Online Course, Terry Sejnowski, a San Francisco professor at the Salk Institute, is just brilliant. He’s got a steel trap memory but is very creative.

In general, what happens is you have four slots of working memory. They’re either really sticky—you can hold things in them—or you have loose ones. So you get some thought in mind and you’ve got it in there and you’re distracted and then, oops, you forget. But when something falls out, something else comes in, and that’s where the creativity comes from.

Do you have to work harder to keep up with the others if you have not as good a working memory? Yes, you do. But you often have a creativity that goes with that is enviable. It also means that while you may not rate highly on an IQ test, you have more of a possibility of elegant simplification. You’re almost forced, by the way your brain works, into finding a simpler way of looking at things. That simplification often gets to the essence of the most important things involved.