Why Do Some Teams Succeed While Others Fail? (It’s the Environment, Stupid) 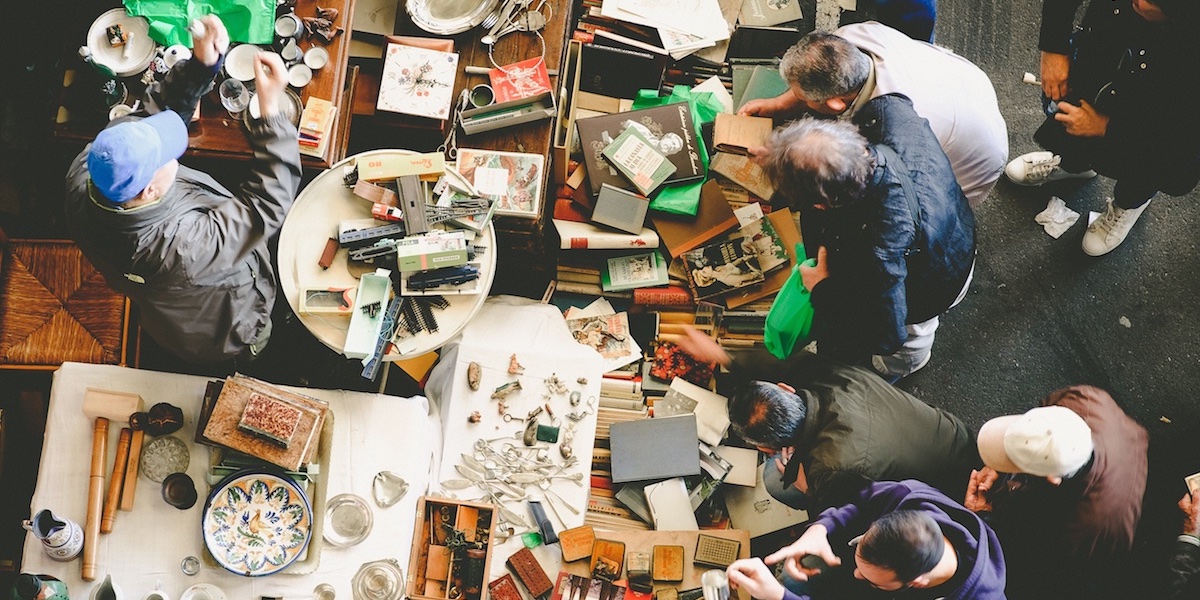 Simon Sinek is the bestselling author of two books, Start With Why and Leaders Eat Last. His TED talk, “How Great Leaders Inspire Action,” has received over 32 million views, making it one of the most popular TED talks of all time. He joined Ryan Hawk, the creator and host of The Learning Leader Show, to talk about the importance of valuing relationships when building a world-class team, and why everyone should be a student of leadership.

This conversation has been edited and condensed. To listen to Simon and Ryan’s full conversation, click here.

Ryan: If you had to distill down your book, Leaders Eat Last, if somebody came to you up on the street and said, “Simon, why do some teams pull together, but others don’t?” how [would] you respond to that?

Simon: It’s all about environment. We make a big mistake in business, and leadership in general, where we think it’s about the people. “Hire the right people and get the right people on the bus,” we say. But it’s really not the people, it’s the bus. We’re social animals and we respond to the environments we’re in. You take a good person and put them in a bad environment, they do bad things. You take a person that maybe the group has given up on and you put them in a good environment and they’re able to turn their lives around and become remarkable, valuable members of the group. We respond to the environment we’re in, and if you get the environment right, trust and cooperation prevail. If you get the environment wrong, cynicism, paranoia, mistrust, and self-interest prevail.

Ryan: I immediately thought of Bill Belichick for the New England Patriots, because he’s built this culture around his team, [so] that he can take troubled players, plug them into his culture, and they don’t get in trouble anymore. This is not foolproof, but for the most part they come in and they can contribute, where if they were in other environments or on other teams, they would just flounder and flail and do bad things.

Simon: That’s exactly right. And here’s something remarkable that I love: my friend, Charlie Kim, who runs a company called Next Jump, [does] something really sophisticated in their hiring process. They track the lifetime performance of their employees back to the person who hired them, so they can tell which recruiters hire the best employees. What they learned was the best recruiters who hire the best employees sometimes get it wrong. But the recruiters who hire the bad employees never get it right. A good coach may sometimes get the wrong player, but a bad coach will always get the wrong player. It’s not their coaching ability, it’s their ability to judge character.

Ryan: So why should people want to lead? It’s probably easier not to.

Simon: Well, leadership is a choice. Everyone has the capacity for leadership, but that doesn’t mean everybody wants to lead. We have to put the interests of the people in our care ahead of our own interests. Leadership is not about being in charge; it’s about taking care of those in our charge.

It is just like being a parent, and that’s really, really hard work. Just like being a parent, you lose sleep, you don’t get to buy the car you want, you take different kinds of vacations, your house is a mess, your car is a mess. Your kids drive you nuts sometimes. Is it all worth it? Of course it’s worth it, because if you talk to any parent, it’s those glimmers when the kid says something funny, when you check to make sure your kid’s sleeping and your 8-year-old is underneath the blankets with a flashlight reading, when they graduate school and they get their first job, when they get their first boyfriend or girlfriend… all of a sudden, all that sacrifice and risk is immediately worth it.

The joy of seeing someone else accomplish something that they didn’t even realize that they were capable of is the joy of leadership. If you have the desire to see others around you succeed, that is the reason to become a leader. We call you leader not because you’re the top of the organization. We call you leader because you had the courage to go first. First into the unknown and first towards the danger. First to put your interests second, to put the lives of those around you first.

Ryan: Mass layoffs, unfortunately, have become normal in America. I’d love you to tell that story about how Bob Chapman handled the situation when he was told, “We have some problems and we’re probably going to have to do some mass layoffs.”

Simon: Let’s be clear: mass layoffs as a means to balancing the books did not exist in the United States prior to the 1980s. It was a new idea pioneered by folks like Jack Welch and popularized and perfected in the ’80s and ’90s, and has become so popular that we don’t even perceive it as unhealthy. That’s like being a functional alcoholic. Sure, you can get through the day. That doesn’t mean you’re healthy, right? Using mass layoffs to balance the books is putting a number ahead of a human being. Then companies are surprised that they’ve destroyed the culture and trust around them.

“The joy of seeing someone else accomplish something that they didn’t even realize that they were capable of is the joy of leadership.”

In 2008, Bob Chapman and his company, Barry-Wehmiller, suffered like a lot of other companies. It’s a large, good, old-fashioned American manufacturing company, a couple billion in revenue with about 6,000 employees. They lost 30% of their pipeline because of the 2008 recession. They could no longer afford their labor pool [and] needed to save $10 million. So the board got together and said, “We need layoffs.” And Bob absolutely refused. At Barry-Wehmiller, they don’t believe in headcounts, they believe in heart counts, and it’s very hard to reduce a heart count.

Instead they implemented a furlough program, where every employee, from secretary to CEO, had to take four weeks of unpaid vacation. It was how Bob announced the program that was so powerful. He said, “It’s better we should all suffer a little than any of us should have to suffer a lot.” Morale went up and strange things started to happen—when leadership takes the risk to put its interests aside to take care of the people, the natural human response to those kinds of conditions is that the people take care of each other. People who could afford it took more time off, so that those who could afford it less could take less time off. Somebody would take five weeks so that somebody else only had to take three weeks. That was organic.

When the economy recovered and the business picked up again, they immediately got rid of the furlough program and backpaid the 401K pay that they had suspended. By the way, their profitability, innovation, productivity, [and] loyalty [are all] through the roof. Why? Because when people trust that leadership cares about them, they care about the leadership and the company.

Ryan: Are there any big things that you’ve learned that maybe are a little bit backwards from what you’ve written in either Start With Why or Leaders Eat Last where you’re like, “When I wrote it, I believed that but actually right now, I think a little bit differently.”

Simon: There’s nothing that I wrote that I disagree with, but my learning is more sophisticated and more mature. After I wrote Start With Why, I honestly believed that was it, I was a one-trick pony and people would call me the Why Guy for the rest of my life. The good news is I’m a curious sort and interested in things and my own problems. My books are basically semi-autobiographical. My first book was about losing my passion and refinding it. The second book was me struggling to know who to trust, and seeing the difference between people in the military calling each other brother and sister, and [us] calling each other colleague and coworker. There’s a difference. I wanted to know where trust incorporation came from for the simple reason I wanted to be around people I could trust a lot.

“When people trust that leadership cares about them, they care about the leadership and the company.”

Ryan: So millions and millions of people have seen you speak and you’re world-class at that. How did you develop such great skill at delivering your message? Because it’s one thing to do the research and write about it, and a whole other thing to get up in front of people and deliver it in such a compelling way.