Why Mindfulness Can Help You Master Anything 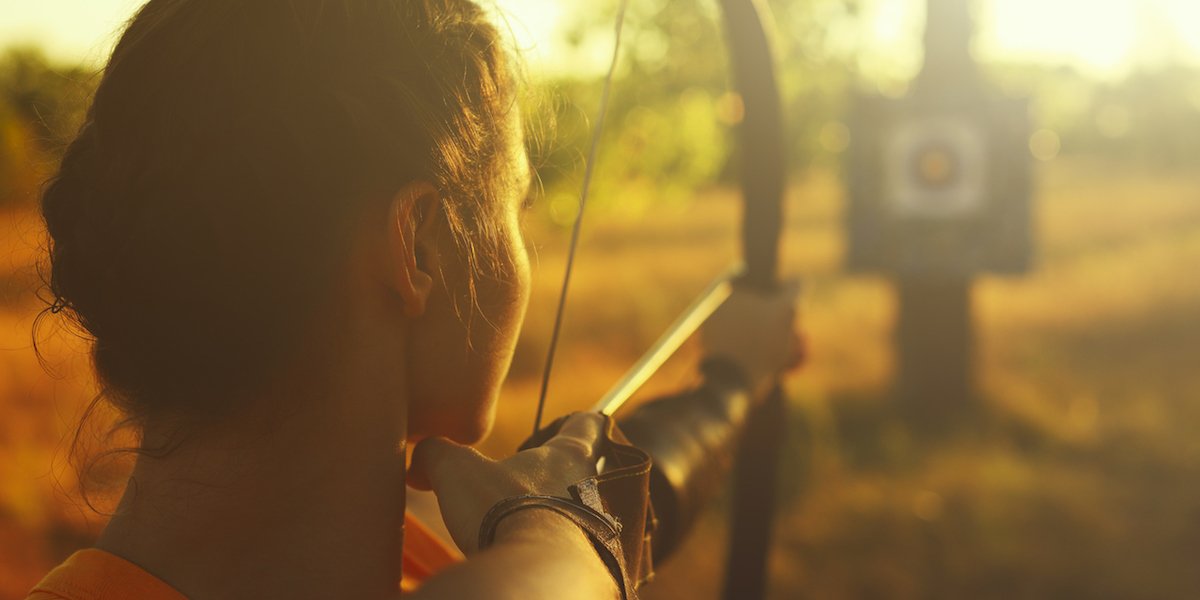 Robert Greene is the New York Times bestselling author of The 48 Laws of Power, The Art of Seduction, and, most recently, Mastery. Michael Gervais recently hosted him on the Finding Mastery podcast to discuss how mindfulness can help give you the mindset, and the skills, of a true master.

Robert: Something that interests me would be football, drafting a quarterback. A quarterback can start off great, but they get hit again and again, and that plays with their mind. They start thinking of hits before they get hit, and it affects their game.

Redskins quarterback Robert Griffin had a great first year, all the physical talent in the world, but I don’t think he could stand the physical punishment that was doled out to him. Tom Brady is not as physically gifted and not as big, [but] he can take the pounding and, for some reason, it doesn’t affect the mental part. Why? What makes one person like that? Are there tests for that? That mental aspect is more important than a lot of physical skills.

Michael: My observation is that we’ve done a marginally good job developing the body. We’ve done a pretty good job developing craft in general—tactics and technique, and the strategy that supports it. Then we’ve done a below average job in training the mind. Athletes have had to figure it out on their own, and their teachers have been either a spiritual leader that they’ve been inspired by, which is more conceptual than it is practical, or their mom and dad, who are probably not advanced in their thinking about training the mind, or a coach, who has very [few] principles supporting actual ways of thinking.

Robert: I meditate every day, and it’s immensely powerful for focusing. I have a pool table at home. I played for several years, but I was never that good. Now I’ve gone back and I’m 100% better because I can focus, and I can still the mind. The thinking, talking mind is what messes you up, and it’s a powerful influence in sports. You can see it in a golfer who’s lining up a 20-foot putt to win. You’ve got muscle memory, you’ve mastered the craft, but the thinking will mess you up every single time.

I looked at why samurai warriors were obsessed with Zen Buddhism. You think it’s bad being Tom Brady or Robert Griffin, imagine a life-or-death sword fight. Tomorrow you will be dead because you were not a good enough sword fighter. That’s why samurai warriors became fascinated with Zen. Because it could alter that mental aspect, it could give you mental control. It could make you one with the moment.

There’s that great book, Zen in the Art of Archery. At the highest moment, you’re one with that bow and the arrow. You’re not thinking anymore, you’re in the moment. That’s the most powerful point you can reach in sports, and in any kind of endeavor. It’s also the endpoint of Mastery, my book, which is designed to bring you towards mastery and give you the steps there. The endpoint is an intuitive feel for what you’re doing, [such that] you no longer have to think. The great quarterbacks said that you get to a point where the whole game slows down, you’ve got a feel for what’s going on, and you’re not thinking as much. That’s mastery.

Michael: That’s amazing. Many people are so purpose-driven in the thing that they’re doing, and they know that that thing is going to end, and they have no idea what’s next.

Michael: Let’s talk about how to shape purpose.

Robert: I talk about your life’s task, and mine was to write. I might have wandered and been a bit lost, and was starving, but I knew I wanted to write. It gave me guidance, and it made me practice a craft. A lot of people come to me and go, “Man, I have no idea what my life’s task is. It sounds great, but it might as well be a foreign language to me.”

Some people have a vague presentiment about what that could be. Other people have a bit of clarity, and other people are completely in the dark. What happens a lot in life is you start listening to your parents, you start listening to your peers, and you lose sense of who you are and what you were meant to do in life. You’ve got too many voices in your head, and you’re not hearing yourself.

Michael: Who you are and what you’re meant to do feel like two different things. Do you stitch those together?

Robert: I find them inextricably interwoven to the point where you could not possibly take them apart.

I don’t know if we ever really know who we are at our core. In Buddhism and Zen, there’s basically a void at your center. I don’t know if I believe in this existential quest for discovering who you are, because I don’t think you’ll ever find out.

Michael: Then what is the purpose of refining craft? My thought is that what you do is a way to reveal who you are.

Robert: Yes, definitely. There’s two ways to go about that. You have a craft that’s not necessarily related to who you are — that has value because it’s going to teach you discipline. But practicing a craft that you enjoy is a whole different order. You’re going to learn faster, and you’re going to go further.

“There’s nothing in life you’re going to get without a sacrifice.”

Michael: Your craft is writing, right? What is it that you’re trying to sort out in writing?

Robert: I suppose I’m trying to realize my potential, and express all the ideas that I know I was meant to express. My concept of mastery is expressing your uniqueness. I feel like I’m a strange bird, and I want my books to reflect that.

The book I’m writing now is based on a chapter in Mastery. I had a chapter on social intelligence, in which I’m saying, “If you want to master something, at sports or whatever, you can’t divorce the social aspect.” You could be a great basketball player, but if you’re a narcissist or just awful with people, your career is going to be cut short because of your terrible people skills. The book is about the laws of human nature.

Michael: Many people don’t want to talk about the dark side of pursuing potential. I wonder if you can articulate the cost that you’ve experienced in pursuing mastery in your own life.

Robert: Well, the cost is you don’t have as much of a life. I get my greatest satisfaction from writing and achieving my goals, but there’s a lot of boredom and loneliness. I’ve missed out on things because I’ve been so intense in pursuing something. There’s nothing in life you’re going to get without a sacrifice. In trying to write books, I’ve sacrificed a social life and having children and other things that enrich people’s lives. I found my enrichment through my work mostly, and there’s a price that you pay for that.

Michael: And when it doesn’t work out in the craft that you’ve chosen, it’s really hard. 0.04% of people make it into the pros.

Robert: Sports is a beautiful thing, and fortunately there are other avenues. In Mastery I talk about Freddie Roach. Freddie was a boxer who was just not a good boxer. He had aspirations for being great — he trained since he was four years old. But he was mediocre, got his head bashed in a lot, was never that good. [Then] he discovered that he was a great teacher, and he became one of the greatest trainers of our era.

Michael: Is there a way that you can define the concept of mastery?

Robert: It’s moving to the inside of something. When you start playing the piano or playing chess, you’re on the outside. You just see the surfaces of things, and you’re learning the rules, it’s very slow and tedious, and you don’t really have an understanding. You could say the same thing if you were watching a tennis match for the first time — it’s just a blur to you. When you go through the process that I lay out, eventually you worm your way into the inside of it, and you’re feeling the thing as it’s alive.

I speak a lot of foreign languages, and when you’re learning French for instance, they’re just sort of dead phrases in the beginning. You’re translating them in your mind. Then a moment comes when the phrases actually come alive in you. You’re getting the spirit of the words themselves.

Or as Bobby Fischer would say, “The chessboard is now in my head. It’s no longer a physical thing. I can see 30 moves in advance, whereas most people can only see 5 or 10, because I’ve internalized the chessboard.” That is mastery. You could say the same thing for Einstein with physics. You could say the same thing for a great boxer, for a musician, for a writer. You know something from the inside out, not from the outside.

Michael: I’ve been thinking about mastery as artistically playing in the spaces between. When you really understand something at a deep level, you play in the nuances of it, in the space between frame A and frame B. The pauses between thoughts, the pauses between words, the cadence of a conversation.

In the physical form, it’s like Michael Jordan is no longer ever having to think about tucking his elbow in — he’s way beyond that to shoot a free throw. We don’t even see the game he’s playing. You might say it’s an internal game, it’s like the intuitive feel if you will. There’s space inside of the thought, the movement, and the stitching of the next thought or next movement. Expanding that space is where the artist expresses himself.