Why the Key to Getting Ahead Is Staying Still 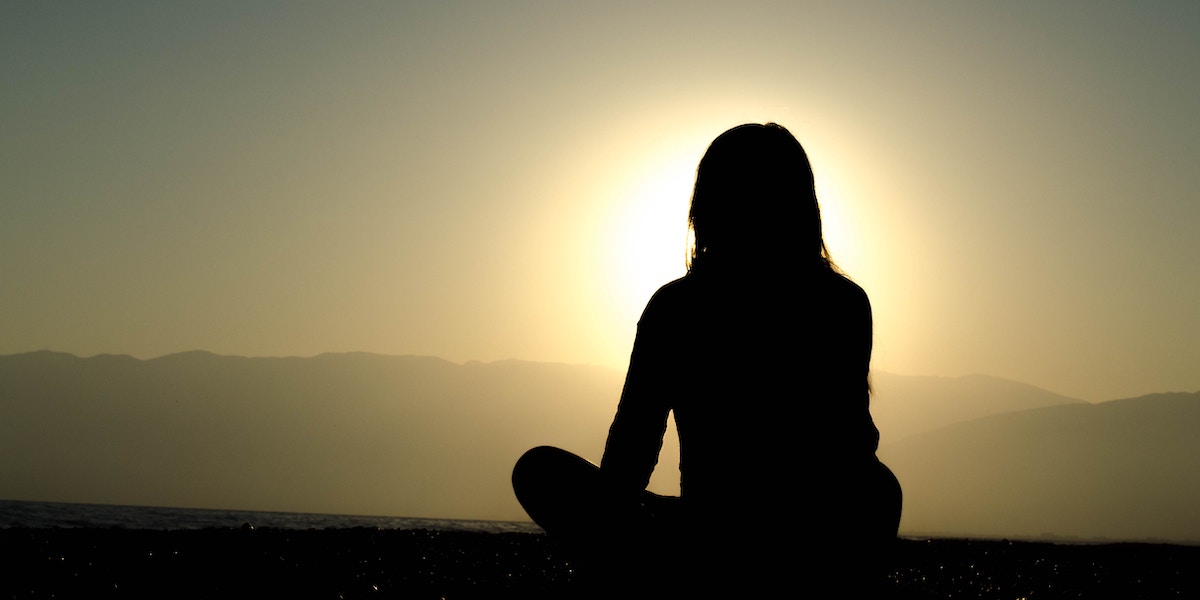 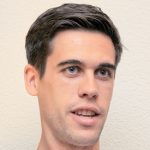 Ryan Holiday is the #1 bestselling author of The Obstacle Is the Way, Ego Is the Enemy, and, most recently, Stillness Is the Key. He is one of the world’s foremost thinkers and writers on ancient philosophy and its place in everyday life. Ryan recently sat down with Next Big Idea Club founder Rufus Griscom to discuss why finding stillness brings both greater happiness and a competitive advantage.

Rufus: So Ryan, you love the story of baseball player Shawn Green. On May 23rd, 2002, he had been in a horrible slump, but somehow, with tens of thousands of people screaming, he produced one of the best hitting performances in baseball history, with four home runs and six total hits in a single game. What is it that you like about this story?

Ryan: I’m fascinated with baseball—hitting a baseball is probably the single hardest act in sports. You have like 400 milliseconds to identify and start to swing at a pitch. Yogi Berra has this line that you can’t think and hit at the same time, and what he means is that you can’t be thinking about your slump or your batting average. You have to be 100 percent locked in on the task in front of you.

So what Green, who’s a practitioner of Buddhism, managed to do is create a routine, a practice, a ritual. He was literally up at the plate saying to himself, “Chop wood, carry water. Chop wood, carry water.” He’s clearing the mind. And in the span of a single at-bat, he goes from a slump to a streak.

And wiping the mind clean is necessary both when you’re down and when you’re up. His fourth and fifth at-bats in that game, he had to do the same thing. He’s having to go, “I can’t think about how many home runs I’ve hit. I can’t think about the fact that I already hit a grand slam. I can’t think about the fact that this slump is finally over. I have to wipe it all clean, to ‘chop wood and carry water.’ I have to zoom back in on this task in front of me, and be right here, not anywhere else.” He managed to do it, and have one of the great performances of all time.

Rufus: I think one of the reasons that there is an interest in Stoicism, Buddhism, and mindfulness right now is that arguably, the world has never been less still. It’s moving faster and faster, but we may be hitting a crescendo of un-stillness.

But it’s remarkable to me how, in the opening pages of the book, you describe Seneca sitting there in his apartment, with weightlifters dropping weights in a gymnasium under him, and he says, “The noise of ancient Rome is enough to make me hate my powers of hearing.” So clearly, this isn’t entirely a new problem.

Ryan: No. What I love about passages like that is you get a glimpse of how for all this change, everything is still basically the same. That scene is probably not that distinguishable from Rome today, and it’s also New York City and Los Angeles and every major metropolis. It’s vendors and shouting and neighbors and construction. And I think, unfortunately, what we’ve added to that are email alerts and social media pings, jackhammers and car horns, and all these additional noises on top of it. But the fundamental problem remains the same.

What’s interesting is that not only is Seneca being distracted by the noise of the outside world, but also, at the same time, his career is falling apart. He’s always been this hyper-ambitious person, but now he’s trying to figure out where he fits in the world. There are a lot of forces stirring up this person, and somehow he manages to quiet all of that and produce a letter that, two thousand years later, holds up perfectly. I’m just in awe of that.

Rufus: So, Stillness Is the Key. No subtitle—concise, simple, maybe an exercise in stillness itself. If you were to do a subtitle, I might throw out the Blaise Pascal quote, “All of humanity’s problems stem from man’s inability to sit in a room alone.”

Ryan: What’s so fascinating about that quote is that he said it sometime in the mid-1500s. Even 500 years ago, we had trouble just sitting and being. It’s just hard. And now, you have this device in your pocket that means you don’t have to do that. So it shouldn’t surprise us that we don’t have a lot of that time anymore. They actually did a study where they gave people two options: You could sit quietly in a room alone for fifteen minutes, or you could give yourself a painful electrical shock and leave—and the majority of people took the painful electric shock. So this inability to sit quietly with our thoughts, I think, is a perennial human problem, but it’s been exacerbated by technology and the frenetic pace of the modern world.

Rufus: Yeah, the internal factors are fascinating to me—this question of, to what extent is our lack of stillness hardwired? When you watch nature documentaries, the predatory animals are relatively calm up until the strike, but the prey is skittish. We tend to think of ourselves as top of the food chain, the predators rather than prey, but when you look at our evolutionary history, we were often prey—and we have some of the skittishness of prey.

Ryan: Well, I think we’re a bit of both. What I find fascinating about humans—and this ties to your point and Pascal’s point—evolutionarily, we can see why the restlessness, the insatiability, and the curiosity serve our species well. Stefan Zweig says, “History reveals no instances of a conqueror being surfeited by conquests,” meaning that no conqueror ever gets what they wanted and then is done.

In particular, he’s talking about [Portuguese explorer Ferdinand] Magellan, about whom he wrote a fascinating biography. Magellan takes this massive risk—he has no idea where he’s going when he leaves. He pretends to have a secret plan, but he has no secret plan—he’s just drifting. Now, from a species-wide level, this is wonderful. He has done an incredible amount for human beings with his circumnavigation of the globe. But it doesn’t work out for Magellan himself—he dies before he makes it all the way around.

So you look at someone like Elon Musk, who seems to be sort of insatiable, and you’re like, “What makes these people do what they do?” It generally works out well for their relatives and, in some cases, for the common good, but it doesn’t seem to be the source of much happiness or contentment for them. In fact, what sort of defines them is the inability to be still, the inability to enjoy what they have, even as incredible as the scope of their accomplishments has been.

Rufus: You also write about Leonardo da Vinci, who was driven by a desire to replace his father, who never fully embraced him. And this hunger created some of the greatest art in the history of man. So on the one hand, you can say that with greater calm and stillness come success and wisdom, but because of people like da Vinci, we also wouldn’t necessarily wish away the un-stillness, right? What do you think?

“Nothing is up to you but your own thoughts, opinions, and actions.”

Ryan: What’s fascinating about da Vinci is that on the one hand, yes [that un-stillness] fuels this great art, but it’s also the reason that half of his art is not finished. Because he couldn’t stay in one place long enough—he died far from Italy because he kept packing up and moving every few years. He would get this itch, and instead of going to therapy like a modern person, he was like, “I just need a new patron.”

Rufus: I think it was Epictetus who told his students that the chief task in life is to identify and separate what is in our control from what is outside our control. That thought reminds me of the Serenity Prayer, which I’m sure you’ve heard: “O Lord, grant me the serenity to accept the things I cannot change, the courage to change the things I can, and the wisdom to know the difference.”

Ryan: What’s so beautiful about that prayer is that it is very much rooted in and inspired by Stoicism. And it captures what the Stoics would define as the four main virtues: wisdom, justice (doing the right thing), moderation (balance), and courage to face the world. The Stoics believe that although the vast majority of what happens is outside of our control, what remains in our control is the ability to respond to those circumstances. That’s kind of the core precept of the philosophy—basically nothing is up to you but your own thoughts, opinions, and actions.

Rufus: There’s little doubt in my mind that there is a kind of equipoise implicit in Stoicism, Buddhism, and mindfulness that delivers a peace of mind, which we all need and offers great strategic advantage in navigating life. But I’ve always thought of the word “stoic” as having a little bit of a pejorative connotation—Merriam-Webster says that, “Stoics aspire to be free from passion, unmoved by joy and grief.” But isn’t the reason we’re here precisely to be moved, to experience joy and grief? As sentient beings, isn’t that our job?

Ryan: In the English language, no phrase has been done more of an injustice than the phrase “stoic philosophy.” When you think “stoic”—lower-case “s”—you think of a suppression of emotion. And then when we think of philosophy, we think of abstract, theoretical, impractical nonsense. Stoicism, on the other hand—upper-case Stoicism, as we call it—is a far more robust, human way of living that I don’t think is about emotionlessness in any way. I think it’s about a freedom from destructive passions, and evening out those things that we’re all trying to even out. Nobody is glad that they lost their temper. We look back at periods when we were wracked with grief, and from a distance we go, “I wish I’d known then that it was going to be okay.” And then we look back on moments when we were celebrating, assuming we’d made it, and we shake our heads and think about how naïve we were.

So as a philosophy, Stoicism is not about suppressing emotions—it’s about not being whipsawed by the ups and downs of life. It’s about creating a framework, a set of principles and exercises that allow one to thrive, and not be so much at the mercy of these interior and exterior forces.