Yes, a “Disobedience Prize” Is a Real Thing, and Here’s Why Your Boss Would Want You to Win It 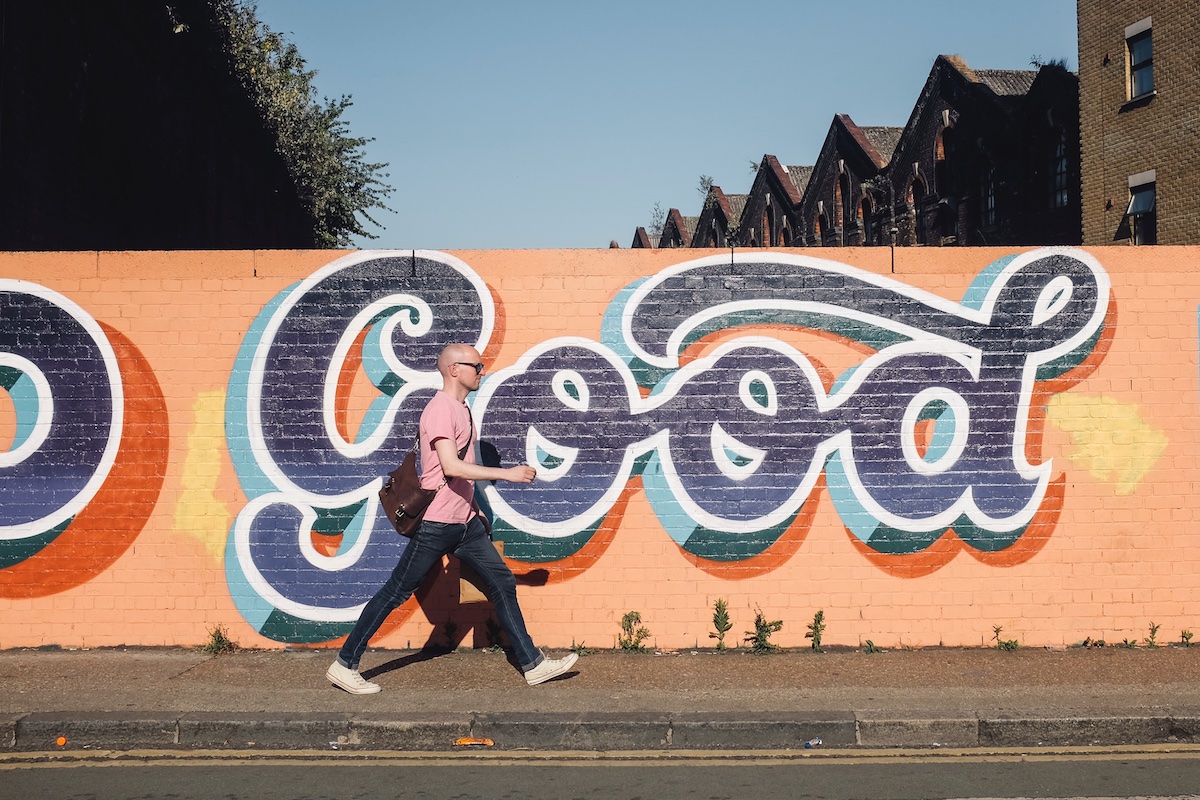 Anthony Tjan is an entrepreneur, strategic advisor, and CEO of the Cue Ball Group, a private investment and venture capital firm based in Boston. He recently sat down with Heleo’s Editorial Director Panio Gianopoulos to discuss why so many people want to quit their jobs, why a “Disobedience Prize” is good for office culture, and other cutting-edge insights from his latest book, Good People: The Only Leadership Decision That Really Matters.

Panio: How you do define goodness? If you’re going to talk about good people, what is “goodness”?

Tony: So much of the time, you find goodness based on competency. Obviously, you need competency, but so much of what we’ve lacked is goodness from the standpoint of character or values.

In one of my conversations with the current dean of Harvard Business School, he said, “Institutions, such as us, have a responsibility now to think about leadership well beyond competency.” We’ve been long on teaching competency, but relatively short on character and values.

Panio: Why do you think that goodness has been avoided until now?

Tony: First, some stats. In 17 years we are at our low point of institutional trust—in government, in media, NGOs, [and] especially in business. It seems that every year we can accept a Worldcom, an Enron, a Theranos, an Uber cultural issue, airlines doing crazy stuff.

It comes back to how we define winning in these organizations. It’s a winner-take-all mentality. We have forgotten what we really need to do in terms of leadership and responsibility. We have to not just capture value, but create long term sustainable value, and that part of the equation’s been missing.

[With] that, 67% of employees are either indifferent or want to just leave their job.

Panio: That’s a staggering number. How does business foster an environment that’s worth sticking around for?

Tony: Business leaders only take hold of this subject if you can translate it into something concrete. There’s a hard truth about soft matters. You have to translate the 67% statistic to make people believe [it], and part of the book is to show that in practicing goodness, character and values, you can get higher retention. You can actually create real competitive and cultural advantage. Institutions that last over time, that have enduring value, ultimately have the strength of their people and strength of culture.

Ultimately, in terms of putting it in place in business, we have to shift our leadership philosophy. It has to shift from a philosophy of leaders just trying to get followers to the real job of leadership, [which] is to produce other leaders.

“Institutions that last over time, that have enduring value, ultimately have the strength of their people and strength of culture.”

Panio: I was recently reading the book, Radical Candor, [and] at first glance I thought, “This is going to tell me to be abusively honest,” but a big part of that book is about being a good leader, about encouraging people that work for you to grow and become leaders themselves.

Tony: I had a real tough conversation with one of my colleagues this morning, who gave radical candor to me. That’s part of creating trust. I don’t think you can have high performance if you can’t have openness without judgment in the sense that we can trust one another, so radical candor [is] absolutely part of the equation.

Panio: It seems a tricky balance to strike, though, because I’ve worked with some great companies, and I still only felt like I was 80% myself at work. I never felt I was 100% purely me, because part of [working] is performing, right? Both in that you have to get results, but also you feel like, “I’m at work. I’m joking around, having a good time, but, it’s still [with] my boss.”

Maybe that’s just pragmatism. If you get 80%, that’s okay.

There’s basically three layers, almost like a Maslow’s hierarchy of needs, that people have to get through. The first layer that you [should] implement in the organization culture is truth. Only with truth do you have a capacity for compassion, which is real openness, it’s the real practice of empathy and it’s the real action of kindness.

From there only do you have a chance for success through wholeness, love, respect and wisdom on the organizational level. Truth has to begin with humility, right? And with humility you can have self-awareness. Self-awareness is, ultimately, the number one correlating factor to great leadership.

Panio: How do you convince people to do that? Because it requires an amazing level of vulnerability that people don’t always have the guts for.

Tony: Before you can tell people how to do it, they need the self-awareness of recognizing why it’s so damn hard. It turns out that we are hard-wired against it. Our brains are hard-wired against goodness. We have all these cognitive biases. You mentioned one, vulnerability vs. conviction. We always have to be that person up there as a leader—inspire, [show] conviction—and it’s very hard to openly share our vulnerabilities.

Psychologically, the brain doesn’t work like that. In business, it turns out that it’s really hard to practice character on a daily basis because we are short term driven. We have what behavioral economists call “present day bias” or “hyperbolic discounting.” It’s why we can’t diet, why we can’t quit smoking, why we take on plastic surgery.  It’s insane that people can’t put six dollars a day away to retire with sufficient needs.

Panio: Because we’re so obsessed with right now.

Panio: I remember there was brain science research done that shows that if you look at a projection of yourself 30 years older, you don’t identify it as yourself—you see it as a different person. It’s a stranger [to your brain].

Tony: You’re caught in your present self.

So, the first step in getting it is understanding that it’s really hard. But then you have to put in some practical tools. Just two basic concepts. How are you bringing intel to the organization? And then, how are you developing? I’ll give you two quick examples.

Bring intel—that competency bias I talked about. How are you interviewing [new candidates]? We tend to interview with a big competency bias. We ask, “What is your biggest weakness?” It’s an idiotic question. I mean, what response are you going to get? “I’m too detail-oriented.” “I work too hard.”

Panio: “I’m overcommitted. I care too much.”

Tony: It doesn’t work. How do you do talent assessments that create revealing moments, not rehearsed moments?

Why not do a shared experience? If you’re trying to cultivate a real relationship with someone—let’s say on a personal level, I’m not sure you would open up on a first date and say, “Hey, just wondering, what is your greatest weakness?” Try to do something, as opposed to just going out to a meal; you often learn more when you have a shared task or duties. That’s one example.

The second concept: mentorship. All organizations say, “We’ve got this covered.” [But] we looked at nearly 100 case studies and what I found fascinating was that so many people put in “mentorship” as a procedural check-the-box activity.

Tony: It doesn’t work. It’s like saying, “Well, if I just date once a week, I’m going to have a great relationship.” As opposed to actually understanding a relationship has to be the foundation of mentorship.

[In fact,] if you do mentorship without relationship, it turns out to create neutral to negative results. That’s not authentic. It actually achieves nothing or it creates negative cultural effects.

“What we need to shift our mindset to, especially in business, is that goodness is not the avoidance of bad, but real goodness is doing good whenever we have the opportunity to do so.”

Panio: Sometimes I think of goodness, and I think other people do [too], as bland. But you talk about “dissent” as a kind of goodness, in particular [at] the MIT Media Lab. Can you talk a little bit about that?

Tony: I’m privileged to sit on the MIT Media Lab’s advisory counsel for Joi Ito, and one of the recent prizes we announced was a Disobedience Prize to fund research that typically would not have been funded. It’s putting a value on a willingness to dissent. That again, can only happen in a safe environment. It correlates to one of the principles of practicing goodness which is, can we have openness and optimism?

I was fortunate to have Jay Chiat [as] a phenomenal mentor for many years. He was the founder of TBWA Chiat Day, an iconic advertising firm that did some of the original Apple ads. He had a unique ability to look at every situation with wide open optimism. And when we talked, we ended up coming to a rule, what I call the optimism rule: 24 by 3.

When you give me an idea, can I wait 24 seconds before criticizing it? If I can do that, is it possible that I can wait 24 minutes? If I can get to 24 minutes, is it even conceivable that I can achieve that zen-like state where I think for an entire day every reason why your idea might work before I align myself with why it might not work? We’re never going to change the status quo if we’re just entrenched in our positions and our mental lenses of how the world works.

Panio: It seems like, fundamentally, it’s about ego, right? Pushing ego aside and saying, “Let’s all be united in getting to the best thing,” and not worrying about how we got there [or] who gets the credit for it.

Do you think this push for goodness and character is a particularly American push? I’m thinking about David Brooks’ writing.

Tony: Within the U.S., institutional trust numbers [and] employee engagement numbers are not where they need to be at all, and I do believe that’s part of the polarization that we suffer in this country. I am convinced that we need, more than ever, some form of a goodness movement.

That’s “goodness” movement, for a reason—it has to be goodness beyond character. I have a deep respect [for] David Brooks, [and his] brilliant book The Road To Character. Sometimes character gets confused with integrity, which then gets viewed as avoiding bad. So I drop something here, $100 bill, and you pick it up and say, “Hey, you dropped this.” Well you’re a good person today. You avoided being bad.

Tony: Yeah. What we need to shift our mindset to, especially in business, is that goodness is not the avoidance of bad, but real goodness is doing good whenever we have the opportunity to do so. That’s a much more expansive view.