Why "Firing" Myself Helped Me Build A Better Company 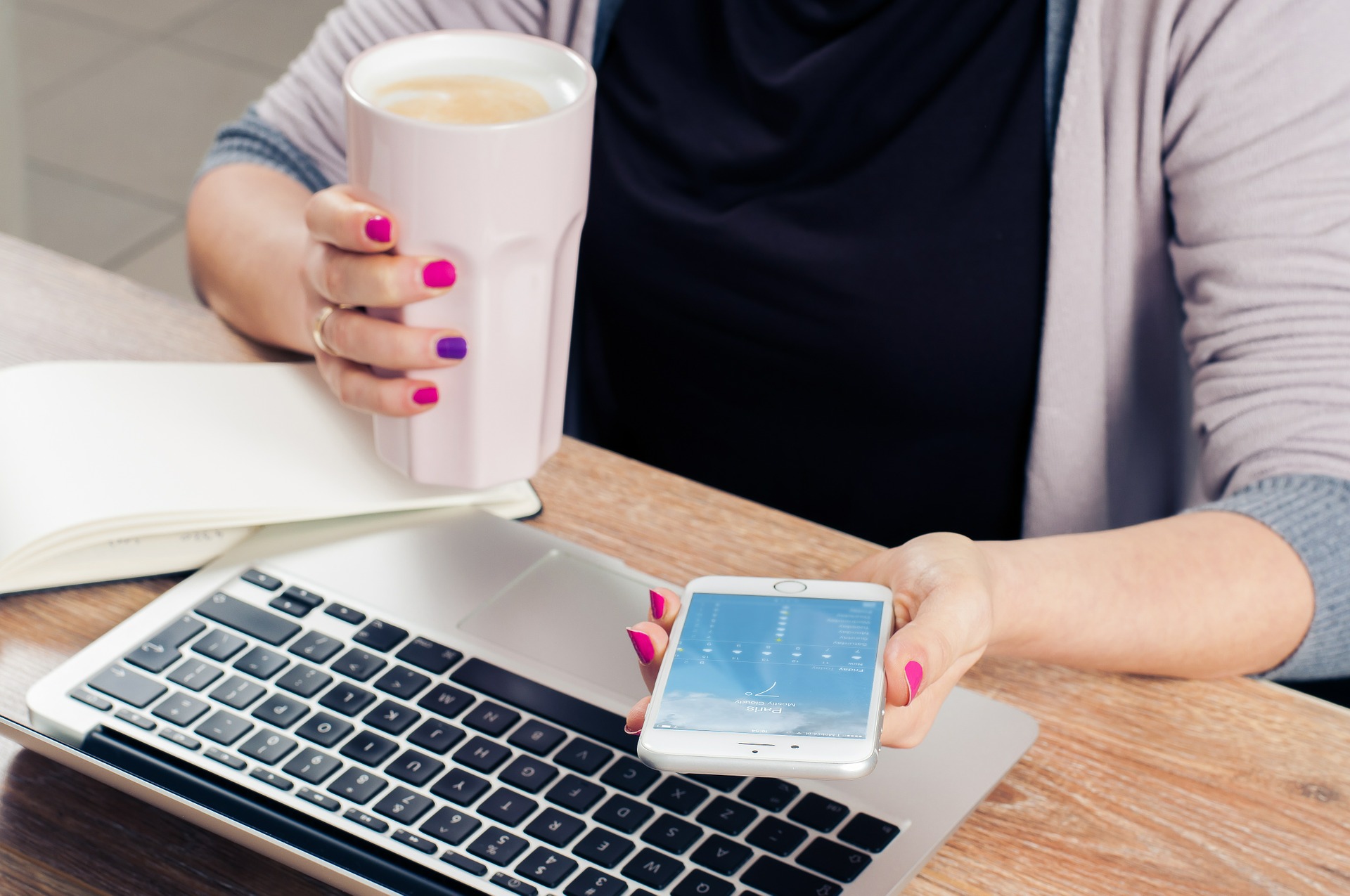 Like many company founders, I have worked in just about every part of the business at one point or another. I built the first TASER prototypes in my garage. I wrote brochures. I went on sales calls. Early on, when a business is more concept than company, that’s just what needs to be done. Good founders roll up their sleeves.

Here’s the problem: As businesses grow, many Founder-CEOs keep obsessing over the little things. They micromanage, and they believe there’s a direct connection between their getting in everyone’s business and the success of the business itself. It’s a tough habit to shake, and I know that because I’m guilty of it myself. Even as the company reached tens of millions in revenue, there remained a nagging part of me that wanted to jump back into product design, copy writing, sales… basically everything.  That part of me, mistakenly, still believed my presence was needed to drive the business forward.

If the first step to solving a problem is admitting you have one, I find the most effective second step is taking radical action. I decided it was time to leave my business. Not quit, mind you, but leave. What would happen if, one day, I continued working as CEO but was simply not in the office? What if, taking it further, I took my kids out of school and spent a year traveling the world? Could I be a “remote CEO” of a billion-dollar company with 500+ employees and countless regulatory and operational concerns?

The thought experiment alone was helpful. It forced me to think about how I could engineer myself out of every part of the organization in which I was a direct contributor. This was not an overnight process. It began slowly, incrementally.  First, I started to identify every meeting or business function where I felt I had to be directly involved because of my “unique capabilities.”

It’s funny what happens when you start to question your direct involvement: You realize just how many of these functions you were using to feed your ego, not push the business forward. I was beginning to realize that  these situations were, in fact failures. I had failed to lead and failed to build a structure in which the best people could focus on each area—and go beyond what I might have contributed on my own. Here’s a word to any competitive CEO out there: Nothing changes your behavior more dramatically than when something you thought was a success turns out to be a deep failing.

I shifted the focus of what I looked for in other managers and leaders.  The ability to recruit and build the best teams was more important than individual creativity or contribution.  We started to raise the bar on everyone in leadership positions.  If you weren’t the best person we could possibly find for that position, we would make a change.  This was painful, no doubt, as I had built deep personal relationships across our entire team.  But, as one of my fast rising stars pointed out to me, we aren’t going to win the Superbowl unless we are building the best sports team possible.  Which means sometimes replacing really nice people with whom we have a long history if they don’t have the right talent to take us to the next level.

The change was painful at first, but the improvements were palpable.  Every part of the business where I was personally involved didn’t need my personal involvement within 6-12 months of focus.  With the right people in place, it became obvious that I wasn’t the right guy to step in and solve problems.  In each position, we had put in smart people who had the time and experience to go deep on every issue.  When I would ask questions or challenge their thinking, I’d quickly learn: this person has thought much more deeply about this than I have—thank goodness—and they understand it in a way I don’t.

One thing I learned, both about myself and about the business: I had misunderstood the idea of trust—specifically, a team I could trust. I always hired people whom I could trust—in other words, people who would not lie to me. But once I had a team in whom I could entrust core elements of the business—and have full faith they’d do a better job than I could—I actually knew what it meant to build trust within a business. It isn’t enough to trust people’s ethics; you have to be able to trust their capability and their output. This is a lesson that few entrepreneurs are willing to learn, but it can make an enormous difference.

Once I had built a team in whom I had true faith,  I began opting myself out of meetings. I wasn’t involved in key product decisions. Bit by bit, my direct role was reduced. Before long, I wasn’t getting in anyone’s way. Suddenly—and unsurprisingly—my days were less hectic, and the teams moved faster. People were no longer waiting on the CEO to drive things, but were  empowered to make decisions and execute autonomously.

This wasn’t easy, but the change was remarkable. Instead of focusing on what I could do for the business, I worked to find people who could do it better. Instead of concerning myself with every urgent problem, I focused on what was important for the long-haul. Simply put: I finally did all the things that CEOs say they are going to do, but abandon along the way because their schedules are stuffed with ephemera.

There weren’t just abstract benefits. The fact is, divesting myself from most areas of the business opened me up to engage in the more important long-term issues. The most powerful example was our international business – which aligned beautifully with my personal goal to spend some time overseas. It’s always been the neglected part of TASER; it hovers around 20 percent of our sales, despite the potential for much more. We’d tried every tactic we could envision. We had changed management teams; hired local teams; used distributors or gone direct in different markets. It all came to naught. And the people in our international divisions would often confess that they felt like an afterthought—distant and disconnected from the core of the company.

If you ever want to raise the eyebrows of your board simultaneously, tell them you’re going to take off for a year and live in Europe. The board, to their credit, worked on the issue, helped guide me on the process, and thought strategically about how we’d establish beachheads around the globe.  Together, we saw this not as an opportunity for the CEO to coast, but as a challenge: how to build succession planning across the entire management team, to build our bench strength, and to use my unique position to engage customers around the world.

Living abroad has been eye opening. It’s easy to sit comfortably in the U.S. and miss the big picture of what it takes to be a truly global company.  In my first meeting with one of our customers in France, I realized there was absolutely no way they would use our mobile apps until we offered them in French. As we walked out of the meeting, I discussed this with our local sales lead – who gave me a warm smile and reminded me that he’d been telling us this for years. No one disputed his claim; it was just never made a priority back at headquarters. After that first meeting, we made international language support an immediate and urgent requirement for all of our software applications.

Another story: I sat across the table from a senior leader of a major government agency in France, trying to calm him down about a problem he’d had with our product pricing.  I mentioned, off-handedly, that I’d be living in France for the next several months as a part of my grand experiment. The tone changed immediately. He went from being near hostile to being inviting. The mere fact that I was willing to live in-country was proof enough of my commitment to him and his agency. Had I only been in town for a visit, that meeting might have ended very differently.

This is a pattern that would repeat itself in country after country.  People around the world are used to Americans who drop in for a meeting, try to sell them something, and move on.  Having the CEO interested enough to live in the country and build personal relationships with key customers completely changed this perception.  And it’s more than a perception, it’s reality.  Problems from our international customers now have a direct line to the CEO, and the organization is responding accordingly.

I wish I had thought to do this ten years ago.  I hadn’t realized how easy it is to allow yourself to be driven by the urgent, leaving little time to focus on the important.  As I have engineered myself out of the day to day operations of the company, it has freed me to spend more time on the areas where I can provide the highest value.  I am gaining a deeper understanding of our customers, and have more creative time to work with our product development teams to set our long term product strategy.  This is exactly the type of creative work that easily slides to the bottom of your todo list when you have 8 hours of meetings and another 4 hours of emails every day.

I’m writing this piece from Italy, where I’ve been for 3 months. In that time, I’ve been able to develop a vision for the next big leap for our core business. Not the next product, but a plan for the next 3 development cycles, allowing us to make the safe bets where the business needs them, and to make some riskier, game changer moves in cycles where we can afford the risk.  It’s important, big-picture work. And it’s the work that I never would have done had I not abandoned all the work I pretended was important.

Rick Smith is the CEO and Founder of TASER International. He is a graduate of Harvard University and the University of Chicago and lives in Arizona.