Laziness Does Not Exist 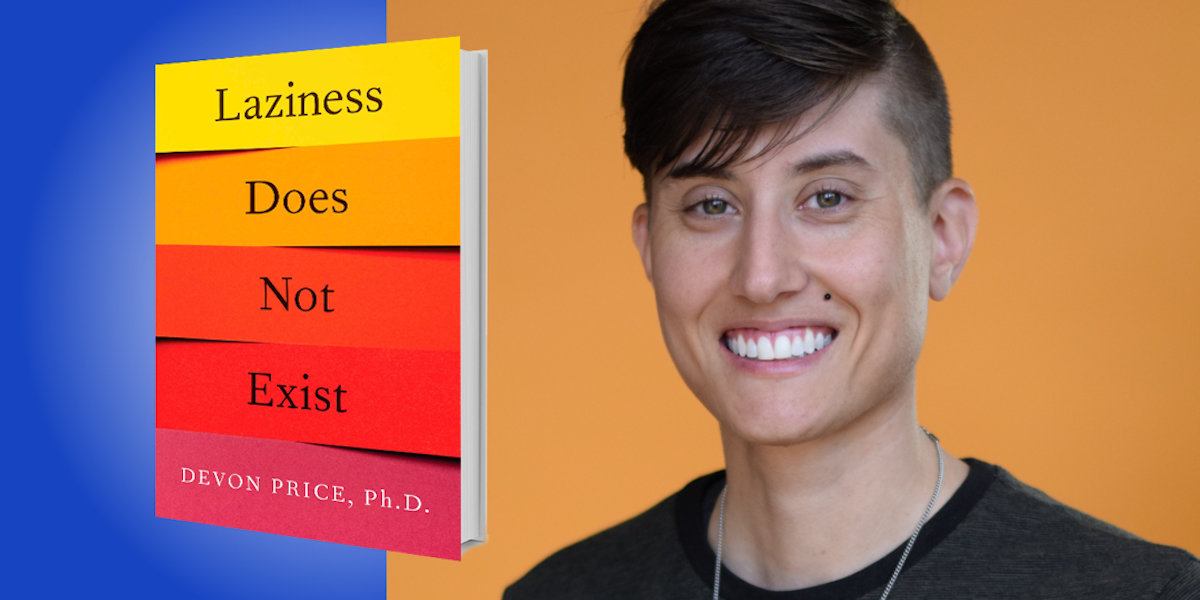 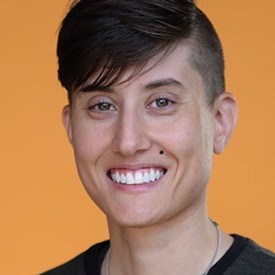 Devon Price is a social psychologist, writer, activist, and professor at Loyola University of Chicago’s School of Continuing and Professional Studies. Price’s work has appeared in numerous publications such as Slate, The Rumpus, NPR, and HuffPost.

Below, Devon shares 5 key insights from their new book, Laziness Does Not Exist. Download the Next Big Idea App to enjoy more audio “Book Bites,” plus Ideas of the Day, ad-free podcast episodes, and more.

Next Big Idea Club · Laziness Does Not Exist by Devon Price

There is a set of unspoken yet deeply held cultural beliefs that each of us absorbs throughout our lifetime about the value of work and the danger of laziness. The “laziness lie” has three main tenets:

This outlook is responsible for so much pain and suffering in our world. It leads many of us to overwork ourselves to sickness, and it also convinces many of us that we don’t have to worry about people who are suffering from social issues such as homelessness, unemployment, drug addiction, and other inequalities. The laziness lie essentially teaches us that work is the solution to all problems, that we should all be responsible for ourselves and no one else, and that we can blame society’s biggest victims for being too lazy to solve the problem of their own oppression and marginalization. The truth, however, is that no one would ever choose to fail or to disappoint others if they could avoid it. There is no shameful, slothful force inside of us that makes us tired or checked out; there’s just exhaustion, burnout, and being overwhelmed. If a person cares about getting something done yet they repeatedly fail to get that thing done, it’s clearly because there are barriers in their way, and what they really need is support in removing those roadblocks so that they can move forward. We all desperately fear laziness, even though almost all of us are doing far more than we can handle.

“Often when you feel like you’re not doing enough, the answer is to find something to cut back on.”

2. When you feel lazy, it’s actually because you’re doing too much.

In my interviews with some of the busiest, most stressed, burnt-out people around—award-winning novelists, world-renowned street artists, trauma survivors who now work as victim advocates, and overworked, harried parents trying to raise kids while working full-time jobs and taking college classes—I found that across the board, each extremely busy person felt like a failure, and was somehow convinced that despite all that they were doing, they were lazy. One college student who was suffering from a major depressive episode told me he was “lazy” because he needed naps every day in order to have enough energy to stay alive and do everything that he needed to get done. All of this points to how impossible it is to win when you’re operating under the rules of the laziness lie. When we set out to do more than is ever going to be feasible, we are always going to feel bad because we’re not checking off all of those boxes. The answer is to stop buying into the laziness lie, and to start reframing how we set priorities. Often when you feel like you’re not doing enough, the answer is to find something to cut back on; do less of something, not more.

3. You aren’t wasting time. Your time is already fully accounted for.

Decades of productivity research shows that, at most, the average worker can only focus on job tasks for about three to four hours per day. The rest of our workday is spent doing things like socializing, reorganizing our desks, and “cyberloafing,” the term researchers use for goofing off online when you’re supposed to be working. Yet studies of everyone from administrative assistants to warehouse workers have found that taking a few minutes to check social media or shop online is actually restorative. In some studies, it’s even been found that cyberloafing can help people switch gears from one task to the next. So many of the activities that we believe are shameful signs of laziness are actually people getting the break that their minds desperately need, and giving themselves a little bit of extra energy so that they can continue on with an overwhelmingly over-packed day.

“The average worker can only focus on job tasks for about three to four hours per day.”

In a culture that hates laziness, it is very difficult for a person to assert their boundaries and confidently say no to just about anything. I tell the story of Brian, a man who had never told his overly demanding parents “no” ever in his life. Brian felt so guilty that he dreaded visiting his parents or even talking to them on the phone that he would lie and say he was too busy with work to go see them. This illustrates what the laziness lie has done to each of us—it makes us feel shame about emotions like dread or being overwhelmed. And it presents work as the only valid reason to ever say no to anything. If we want to resist the laziness lie, we need to learn to embrace our feelings, including emotions like apathy and annoyance, which people often don’t like facing in themselves. If you don’t feel like doing something, that feeling is useful information. It’s not shameful and it’s not laziness—it’s a part of your body’s warning system. Each of us desperately needs to practice listening to our bodies and minds and learning to say no, especially when that means disappointing someone who is making unreasonable demands of us.

5. Action is not morally superior to inaction.

In a world shaped by the laziness lie, work is equated with virtuousness. Doing something is almost always seen as superior to doing nothing. This leads to problems such as activist fatigue or activist frenzy, which is when people are constantly posting misinformation online, over-committing, or engaging in activism that they haven’t really researched the consequences of because they’re so desperate to feel like they’re doing good. Think back to that Edmund Burke quote that many of us were taught as children: “The only thing necessary for evil to triumph in the world is for good men to do nothing.” This quote teaches us to equate taking action with doing good, even though there are situations where action isn’t warranted, or when we’re not the right person to be taking action.

“Each of us desperately needs to practice listening to our bodies and minds and learning to say no.”

Interestingly, the Edmund Burke quote is misattributed. Burke’s actual quote was, “When bad men combine, the good must associate; else they will fall one by one, an unpitied sacrifice in a contemptible struggle.” This real version of the quote beautifully illustrates that it’s not the hard heroic work of rugged individuals that’s going to save us—it’s joining together as a community, supporting one another and cultivating support networks that help us resist the harm that comes our way. We don’t have to be heroes; we don’t need to constantly go, go, go. We don’t need to be experts on every issue, or constantly doing activism on all fronts. That really isn’t sustainable. We can take a step back and cultivate nourishing relationships, which will make us more resilient and help us support other people and help them to be more resilient. We can learn to trust others and to stop judging ourselves and others for being “lazy.”