What a Bestselling Author Learned by Dropping Out of Law School 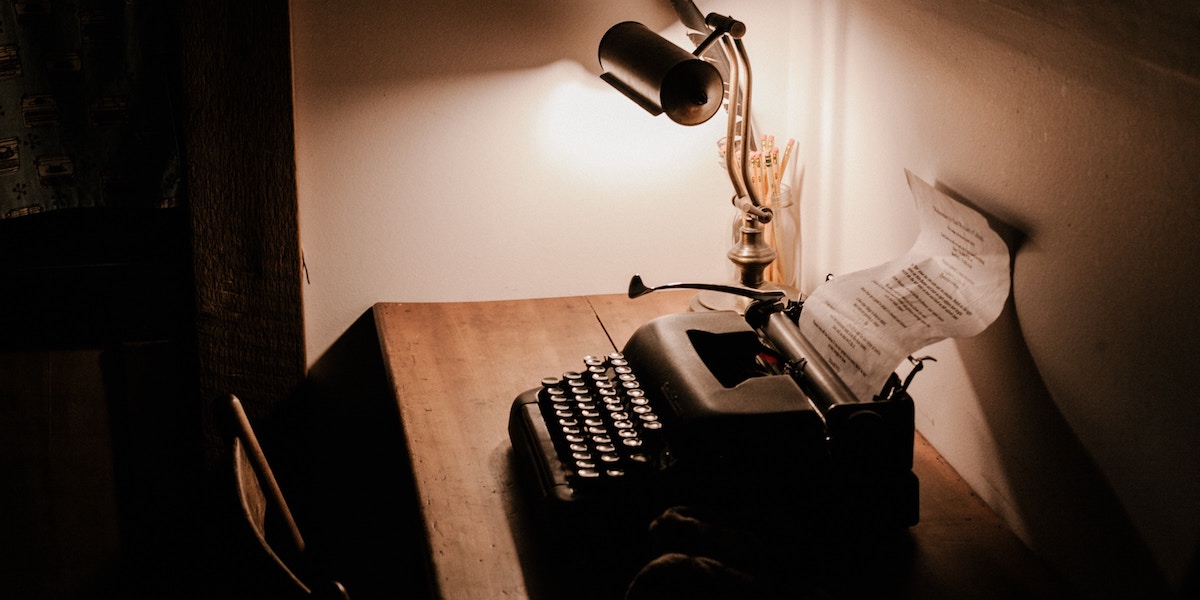 One of the world’s foremost thinkers on business and social science, Daniel Pink is the author of several bestselling books on business, work, and behavior. Rocket scientist turned award-winning law professor Ozan Varol recently hosted him on Famous Failures to ask about challenging conventional wisdom, handling criticism, and learning from his life’s biggest failures.

Ozan: What are some of the most valuable failures you’ve had in your life, and what makes them valuable?

Daniel: There have been plenty of them. In certain corners of sophisticated thinking, we tend to say, “Oh, let’s embrace failure.” But for most people, including me, failure sucks. It’s not fun. I haven’t had, fortunately, a colossal, cataclysmic failure like bankruptcy, but I can give you a whole bunch of failures.

Take, for example, the television series Crowd Control, which I hosted and helped produce. It was canceled after one season. I thought it was a great show and I did everything I could to try to convince the executives to put the show on at a different time, to change the structure, to keep it alive for one more season, and I was rebuffed every single time. It was one of those situations where I lost every single argument. It was a very, very time consuming project and we got one tiny bite at the apple and that was it. Then they said, “Thanks for playing. Goodbye.”

I didn’t enjoy that. It was definitely a failure and one of my takeaways is that it’s probably not a good idea for me to do projects in which I don’t have a decent amount of control. I take that lesson very seriously now as I contemplate other projects.

Here’s another failure. I went to law school but I dropped out after a year. Instead of going back for year two, I went to India because I was so miserable and hated it so much. I eventually ended up returning and graduating, but that was more out of inertia and risk aversion than anything else. For me, law school was largely a waste. It was a failure in that I graduated from law school in debt, didn’t really get as much out of it as I could have, and suffered massive opportunity costs. That said, I met my wife in law school, so it was all worth it in the end!

The lessons there for me are the dangers of doing something because of inertia and of simply following along. It wasn’t as if I had a huge desire to become a lawyer. It was just something that, as a middle class kid from central Ohio, it was expected for me to do. I never thought about not going to law school. I just assumed that’s what you do.

Ozan: Do you have specific strategies that you use to ensure you don’t get lost in inertia, that you don’t repeat this mistake of drifting, of going along with something that ends up being a waste of your time?

The other is that I’ve become a huge believer in surrogation, the psychological concept that if you want to know what an experience is going to be like, find someone similarly situated and ask for their experience.

A very good way to avoid failure is to learn on someone else’s dime. Let them make the mistakes and then learn from those mistakes. I much prefer learning from other people’s mistakes than from my own.

Ozan: Let’s go back for a second to the cancellation after one season of your TV show. When we were discussing it, you mentioned that failure sucks. Do you have specific ways of dealing with failure or disappointment when it comes along, like it did with the cancellation of the TV show?

Daniel: This is going to sound ridiculously hyper-rational, but it’s truthful: I believe in mean reversion. Things will go up and things go down, but ultimately everything reverts to the mean. If you have some things that are working really well, at some point something’s not going to work well. If you have things that are not working very well, at some point, something’s going to work well.

As a consequence, I try not to get too disappointed when things go south. And if something goes well, I feel better than if it doesn’t go well, but it’s not as if I’m celebrating and feeling a sense of euphoria. It’s more like, “Okay, that’s good. I’m glad.” Then I move on.

With mean reversion, you don’t get too bummed out by the lows and you don’t get too pumped up by the highs. You just do the best work you can in every circumstance. You focus on the work rather than on how the outcome of the work makes you feel.

Ozan: An outcome-focused mind can, in some sense, set you up for failure; if you don’t reach the outcome, you end up feeling lousy about yourself.

Daniel: I’ve learned that processes are more important than outcomes. If you have a good process and you work hard and it doesn’t work out for you, that’s all right. I don’t get too distressed over it. But if I screw up the process, then I’m going to be bummed out.

“If you have a good process and you work hard and it doesn’t work out for you, that’s all right.”

Ozan: I want to switch gears a little bit and talk about your books. In many of your books, you challenge conventional wisdom in some fashion. Have you received backlash from the establishment as a result of what you’ve written? If so, how have you dealt with that backlash?

Daniel: I think that’s just the nature of putting your ideas out there. People are going to criticize them. For every book that I’ve published, there has been criticism and there have been people who don’t agree, and that’s perfectly appropriate.

I used to think of criticism as an occupational hazard. Now I think it’s actually an occupational benefit because it can sharpen your thinking and make your idea better.

Ozan: You are a prolific writer. You’ve written six groundbreaking books. How do you fail when it comes to the writing process?

Daniel: It goes back to this idea of process. I try to get the process right and then let the outcome, success or failure, go where it may.

I treat writing like blue collar work. My office is behind my house. I show up to work at a certain time and almost always, I give myself a certain word count I must reach. I’m a slow writer so my daily word count isn’t high—500 words or 700 words. But it’s an essential part of my process. And I don’t do anything else until I hit that number. No phone. No email. No nothing.

“We tend to think timing is an art. I found that it’s really a science.”

Ozan: Can you give us a preview of your upcoming book, When: The Scientific Secrets of Perfect Timing?

Daniel: This is a book about the science of timing and the many “when” decisions we make in our lives. When should you get married? Or quit a job? Or abandon a project that isn’t work? When during the day should you do your most important work or schedule your workout?

We tend to think timing is an art. I found that it’s really a science. And I spent two years looking at more than 700 studies from psychology and economics, where I have some background, to endocrinology, anesthesiology, and chronobiology, where I was often lost—all in an effort to crack the code.

There’s an amazing amount of research showing, among other things, that kids score lower on standardized tests in the afternoon than in the morning. This calls into question a number of different things about the validity of standardized tests and about how we schedule the school day. If you look at juries, at certain times of day, juries are much more likely to resort to racial stereotypes than at other times of the day.

There is also some great research on endings. What do endings do for us? Why does reaching an end sometimes energize us? If you say, “I have some good news and bad news,” what should you deliver first? The answer is the bad news, because people prefer rising sequences to declining sequences.

There’s fascinating research on how people synchronize in time. If you look at some of the research on rowing or on choral singing, synchronizing with others elevates pain thresholds, increases the production of immunoglobulin, boosts our mood, and fosters more pro-social behavior.

Timing is not an art. It’s much more of a science and if you understand the science, you can make better when decisions in your own life.