Are You a Fox or a Hummingbird? The Power of Visualization 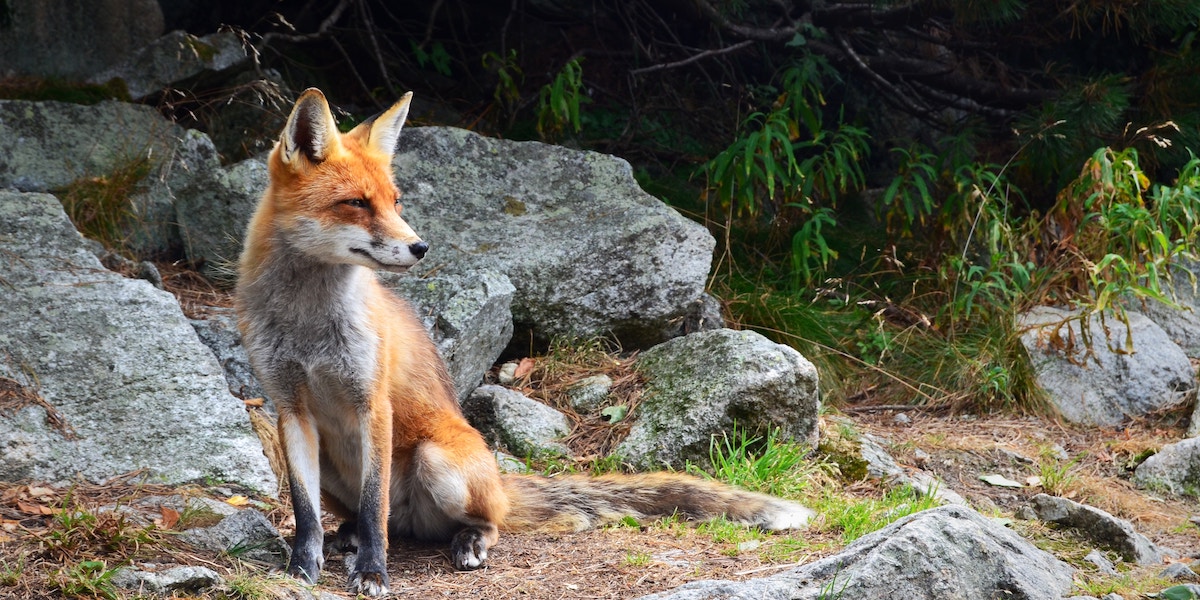 Dan Roam is an internationally bestselling author and the founder of Digital Roam Inc., a management-consulting firm that uses visual thinking to solve complex problems for such clients as Google, Microsoft, and the United States Senate. Isaac Lidsky is a speaker, entrepreneur, and author of Eyes Wide Open: Overcoming Obstacles and Recognizing Opportunities in a World That Can’t See Clearly. The two recently sat down on Mastering Your Reality to discuss the two different kinds of problem-solving styles, and how once you identify which you prefer, you can truly use it to your advantage.

Isaac: I’m going to make an assumption that creative thinking, awareness, and intention have to do with the process of imagining, visualizing, and seeing what we want to accomplish.

Dan: I think it absolutely does. I spend a lot of time in the corporate world, both in the United States and abroad, and one of the things that you consistently hear from business leaders is that they need to have a vision. “Where do we imagine our company is going?” What I find so ironic is that we appreciate this idea of a vision, and yet we rarely express it in any kind of visual terms. It ends up being as terrible as “leveraging synergies to maximize shareholder value,” because I have no idea what that means.

[But if I] see in my mind’s eye, in the greatest level of resolution possible, what my end state looks like, then I feel comfortable embarking on the path.

Isaac: Could the challenge in accomplishing this have anything to do with a fox and a hummingbird? And if so, could you explain?

Dan: I was working on a book a few years ago about how many people in the business world get so caught up in our lingo and business mumbo jumbo that we forget what it is that we’re trying to talk about. I wanted to come up with a powerful visual analogy for that.

So imagine that the world around us is a forest. Sometimes it’s very dark, or poorly illuminated, and there’s a lot in our way. One part of our brain, I think, is more like a fox. I would call that our verbal approach to things, which is quite clever and linear. The fox looks at the forest in a point A to point B to point C, walking through the forest identifying each tree or each obstacle one by one, and then creating a mental image of the position of those objects, then unfurling that in the form of a verbal statement.

So I walk forward 10 feet. I see a tree, and then I turn to the right and go four steps, and come to position B. That becomes our typical business outline: A, B, C, D. Very linear. And that is an incredibly powerful way of organizing and communicating our thoughts. But it doesn’t account for the other part of our mind that would like to fly through the forest quickly, or fly above it and get a more holistic view: “This is the whole forest.” That, to me, is the hummingbird side.

The hummingbird is the only bird that can fly backwards and upside down. If you’ve ever had a chance to be around a hummingbird, you realize they don’t go from point A to B to C as our clever fox did. A hummingbird is, in effect, in all of those positions at the same time, which to me is like our mind’s eye, where it can be difficult to tone it down. It wants to see the whole picture all at once because it doesn’t have the verbal ability to slow down. That doesn’t mean it’s bad, it’s just a different view.

So I think that it takes a combination of the two. Do I see the forest and the trees? It’s only by bringing the two of them together that I can navigate my way through the forest of life.

Isaac: By default, it’s easier for one to drown out or overwhelm the other.

Dan: Well, yes. And we know that the verbal mind always tries to take credit for the narratives that unfold in mind. The verbal mind, because it has words, says, “Oh, I’m the owner. I own the idea.” But we know that that is not true, or that is only partially true. That [idea often comes from] our ability to see things, either with our eyes or in our mind’s eye, which doesn’t require words. It’s a completely different experience.

Isaac: It’s like the verbal mind is the PR team.

Dan: Exactly. But there is value in understanding the bigger picture pre-verbally.

Given your blindness, how does this resonate with you?

Isaac: It resonates. You talk about visualization in terms of the neuroscience of what’s going on between the eye and the visual cortex, which is something that I also have written and talked about. But what’s more relevant for me these days is all the linkages, all the things that go on between the visual cortex and the higher-level cognitive processing in the brain.

“We appreciate this idea of a vision, and yet we rarely express it in any kind of visual terms.”

The visual cortex is, in many ways, the air traffic controller for memories, opinions, emotions, conceptual understanding of our environment, [and] even ideas. We are inherently visual creatures, and I mean it in a way that has nothing to do with sight. So we think sight is pretty straightforward, ordered, rational, objective, systematic, but I think the truth of the matter is that even the experience of sight, and certainly any notion of visualizing, is all hummingbird.

Dan: Absolutely. I’m curious about how this would matter in the law, where a good lawyer, almost by definition, is someone who is a good verbal communicator. What happens in a courtroom by my estimation is taking a complex, nuanced cloud of information and forcing it into a single linear pipe: “[This event] triggered this, which caused that.” Is that a reasonable take on what happens?

Isaac: I think so. It’s interesting though, because sticking with the metaphor of the fox and hummingbird in the forest, a lawyer or fox is going to chart a specific course through that forest that will manage the experience. Maybe obscure certain aspects of it, highlight certain aspects, hide aspects entirely, and basically create a walk through the forest that is, assuming it’s an ethical lawyer, not inaccurate or intentionally false or misleading, but certainly [just] one perspective.

Dan: “This is my path through this forest, and I’d like you, ladies and gentlemen of the jury, to see my path and agree with it.”

Isaac: “Pay no attention to the roiling river over there.”

What’s fascinating is that in the business world, there is a tremendous predominance of the fox. That is what we are trained to do and, therefore, the people who typically do well in management or executive levels tend to be the people who can explain their way out of a box.

Now, there are exceptions. I think about people like Sir Richard Branson, who acknowledges being wildly dyslexic and having no ability to read a spreadsheet, but is clearly a visionary. I think about Charles Schwab, who founded Schwab Investments here in San Francisco, who later founded schools for people with dyslexia because he recognized his own struggle trying to get through business school not being able to read and write reports the way that people normally did. So, I’d like to encourage those of us who may be a bit more hummingbird-like to find ways to put ourselves in positions of power. And for those people who are more fox-like, to give some credence to the wild, wacky people over there who just aren’t getting it, who may be seeing more the forest than the trees.

We talk about diversity in the workplace, and in my mind, one of the critical paths of diversity is people who think differently being heard. Because it’s when we put all the different voices together that we get the outcome that is most likely to succeed.

Isaac: No doubt that diversity of perspectives and ideas engenders better outcomes.

Dan: Let’s make space for the hummingbird people in the room, who are typically so flighty that we don’t give them much space. We kind of discount them, [but] they do have something to contribute.

Dan: Exactly. As a bit of a hummingbird person myself, I often see so many angles to the same problem that the hard part is slowing down enough to explain it in a way that someone else will see it. I think the more hummingbird-like, the more the visual mind’s eye [is] lit up, people struggle to communicate because the brain is going so fast. That’s where I think there’s a challenge for us.

I do keynote [speeches, but] I will admit that is something that did not come easy to me. Stage fright was a real terrorizing idea for a long time. The reason I love visualizing things is because I do a memory palace-ish approach. If I’m going to give a speech, I see a road map of the speech in my mind’s eye, and that’s what I fall back upon.

When you have good image in mind of the story arc you want to deliver, if you forget a line, who cares? You can always go back to the picture in your mind and say, “Oh, that’s where I’m going.” I can just pick it up. Is that making sense?

Isaac: It makes great sense to me. I’m fond of letting sighted people know that sighted people are terrified of speaking to big crowds, but blind people are terrified of speaking to empty rooms. Think about it. Our concern is nobody’s there listening. I think the blind perspective is an interesting one, too, that should be embraced in the boardroom.